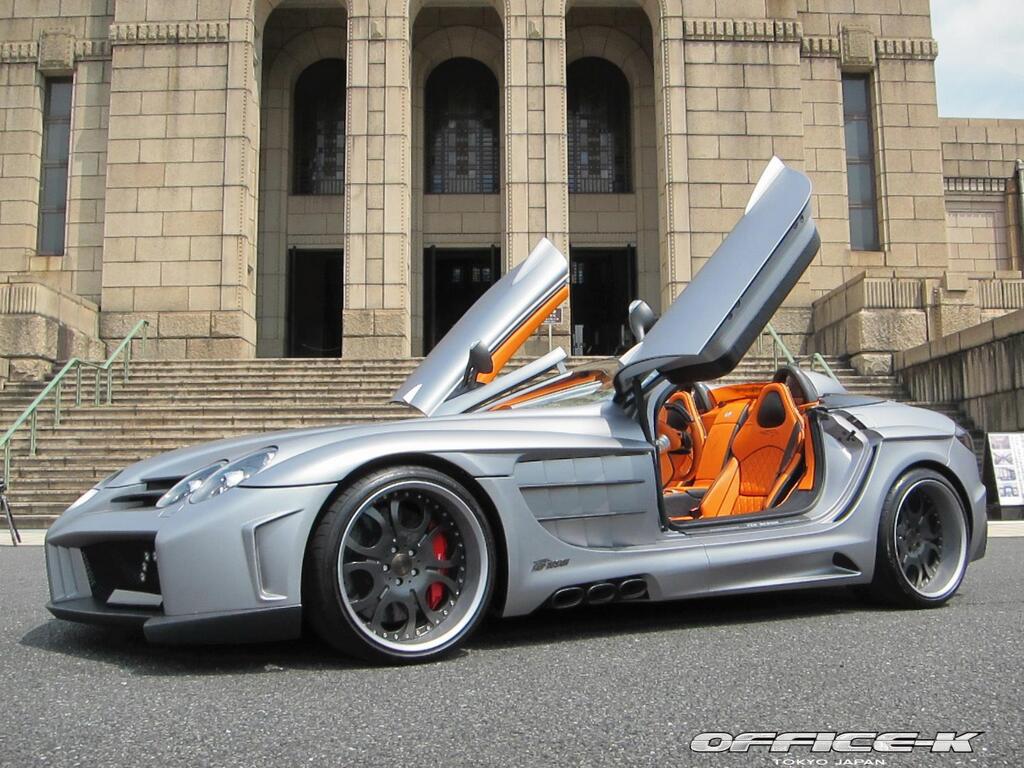 It really doesn’t seem that long ago that McLaren and its Formula 1 engine supplier, Mercedes-Benz, teamed up to build the brutish front-engine supercar, the Mercedes-Benz SLR McLaren. Yet it was way back in 2003 that the SLR went on sale. Since then, both companies have designed, developed and released their own separate new sports cars, the SLS AMG and MP4-12C. Where does the time go?

In any event, there are a few thousand SLR McLaren’s floating around, and none of them are getting younger. Owners wanting to keep their examples looking fresh and able to keep up with newer exotics have plenty of options available from the tuning community, and one of those – FAB Design – has just added a new partner to the fold, an event which is being celebrated by the matte gray monster seen here. 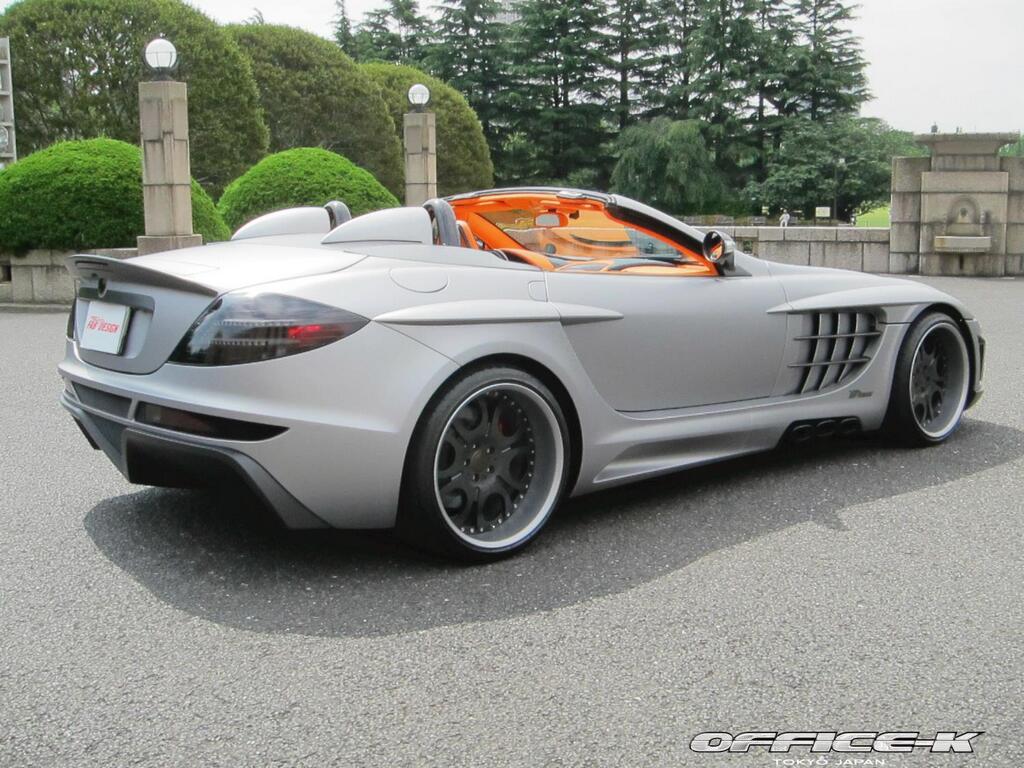 The Japanese firm Office-K is the newest retailer of FAB Design vehicles and components to receive official status from the Swiss tuner. To mark this occasion, Office-K is showing off this matte gray example of the 1-of-15 FAB Design SLR Roadster Desire. The wild body kit features new front and rear bumpers, fender and side skirt extensions, rear lip spoiler, and dual fairings on the tonneau cover. The stock rollers have been replaced with carbon-fiber-centered units wrapped in scrawny-sidewalled Michelin tires, and there are now three exhaust tips per side rather than two. The whole ensemble is really a love-it-or-hate-it proposition; not really a middle ground to be taken.

That’s also the case when you look inside the cabin. On the one hand, the pleated leather on the seats and the carbon fiber trim on the dash, steering wheel and other surfaces is pretty nice. On the other hand, said leather trim is orange, and some areas (including the piping on the seats and dash) are trimmed with ostrich skin. Not for everybody, this décor. Then again, no one will mistake it for stock. 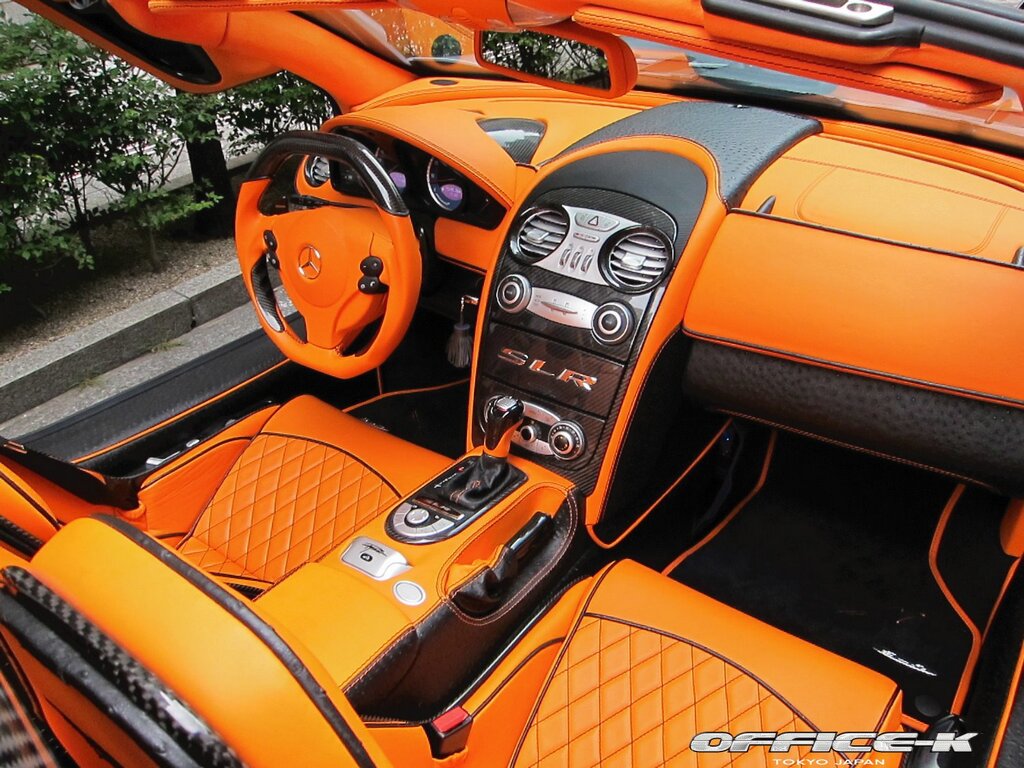 And anyone who’s driven a stock SLR won’t mistake the Desire’s power delivery for factory standard, either. A host of engine upgrades gooses the output of the front-mounted 5.4L supercharged V8 from 617hp and 580 lb.-ft of torque to 740hp and 797 lb.-ft. That should help this puppy keep up with a good many supercars that came out after the SLR, even if that extra muscle is still being piped through a *sigh* 5-speed automatic transmission.

No word on how many million yen you’ll have to send Office-K’s way to make an SLR McLaren Roadster more Desire-able, but we’re guessing it’s a few. Of course, if you don’t live in the Land of the Rising Sun, there are FAB Design distributors closer to you. After all, it’s good to have options…even if said options can make small children cry and old ladies cast disapproving scowls your way.