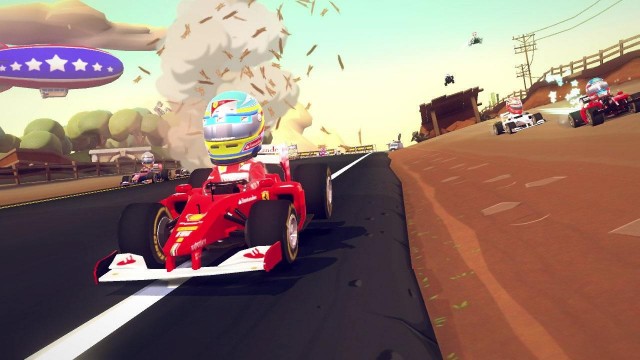 Ever since it acquired the highly-prized Formula 1 license for video games in 2009, Codemasters has been turning out super realistic, super polished F1 games for PC, the major consoles (Xbox 360 and PlayStation 3) and, in the case of some installments, the major hand-helds (PlayStation Vita and Nintendo 3DS) and Apple iOS. All are about as close as you can get to being a real Formula 1 driver without having started karting at age five and presenting Sir Frank Williams or Vijay Mallya with an eight-figure check.

Now, the British-based company is looking to get a lot more out of what’s probably its priciest property. But instead of staying on the serious simulator path, Codemasters is taking its new F1 offshoot – F1 Race Stars – in a decidedly more whimsical direction. How much more whimsical? Take a look at the gameplay trailer after the jump and decide for yourself.

Yes, at first blush it looks like someone fed F1 2012 and the latest Mario Kart into a meat grinder and molded the cocktail of fragments into a CD-ROM-shaped patty. But there’s a whole lot more to it than that. For starters, F1 Race Stars features all 12 teams and all 24 drivers of the 2012 season, though the drivers feature large, cartoonishly-stylized head that tower over their cars. It also appears the dev team has added a fictional all-female team with pink and purple cars, undoubtedly with the aim of making women and girls more inclined to play with the gents.

As for the tracks, they’re set in the same countries (if not actual locales) as their real life counterparts, but they take far more liberties with things like topography, safety measures, and on track obstacles (We’re pretty sure a robotic T-rex made of construction equipment would bring out the safety car, if not the red flag, at a real Grand Prix.). 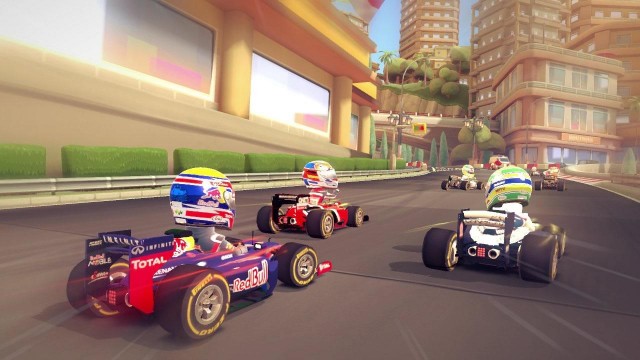 Another thing you don’t see when you flip on the boob tube at the pre-dawn armpit of Sunday morning? Power-ups. You’ll find old karting game standbys like oil slicks and projectiles scattered around the track, but you’ll also be able to put your opponents in bubbles and summon rain showers to slow them down. Plus, you have exaggerated versions of real Formula 1’s “power-ups” – Drag Reduction System (DRS) and Kinetic Energy Recovery System (KERS) – to speed you up for brief periods.

As for other notable features, two- or four-player splits-screen action is available, online play can have up to 12 people per match, and will be available for PS3, Xbox 360, and PC, the latter as a download from Steam here in the U.S. And speaking of the land to which the World Championship is returning (again) next month, F1 Race Stars will be available on these shores November 13, five days before the red lights go out over the starting grid in Austin. (Great timing, no?) We’re cautiously optimistic that this will turn some of our countrymen (and countrywomen) on to the world’s most popular motorsport, but even if it doesn’t, this game looks like it’ll be massive fun. 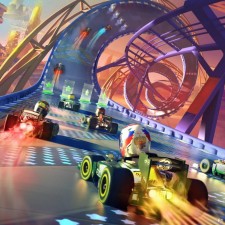 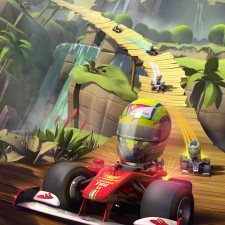 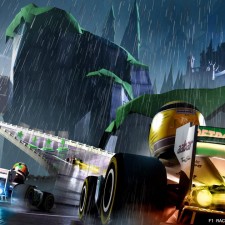 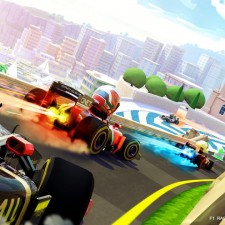 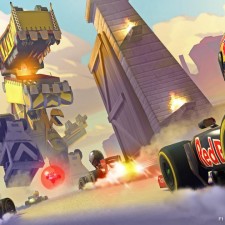 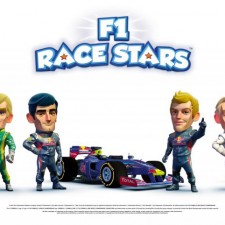 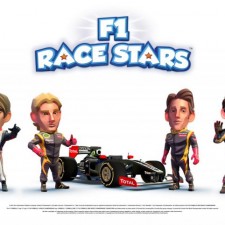 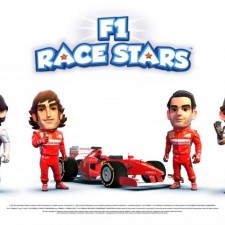 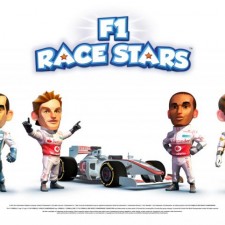 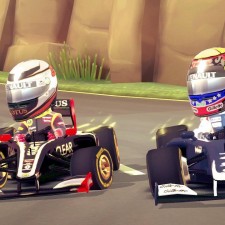 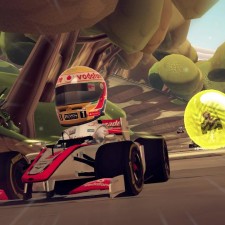 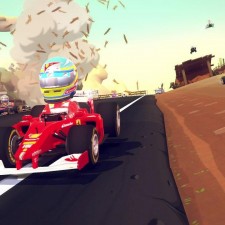 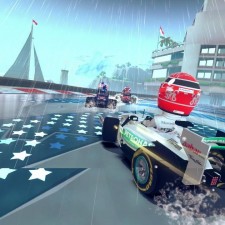 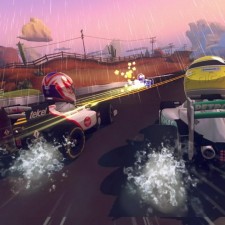 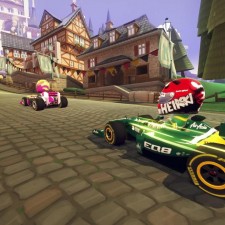 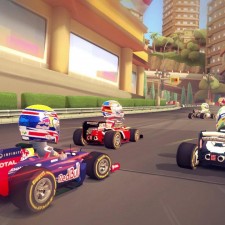 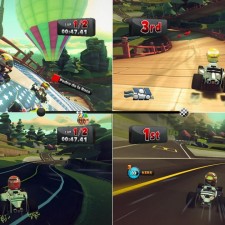 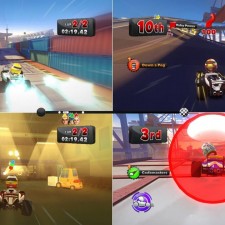 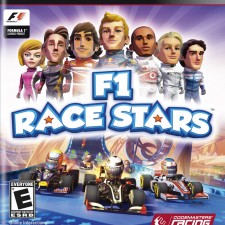