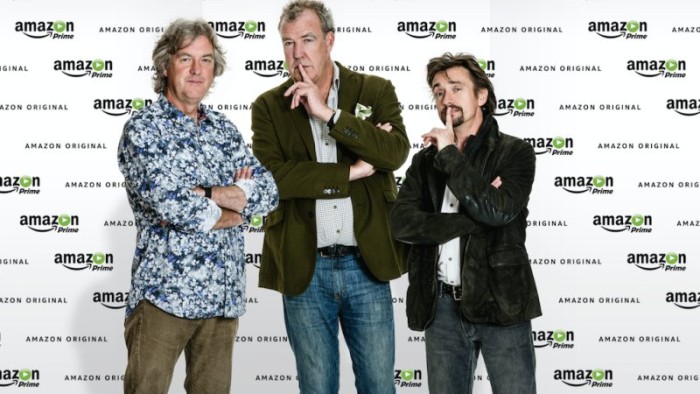 Great news! No, the Dacia Sandero still isn’t coming to the U.S. (nor is any other Dacia or Renault product), but the three most recent ex-hosts of the car showest car show that ever car showed, Top Gear (Jeremy Clarkson, Richard Hammond and James May), have inked a deal with Amazon – specifically, the video streaming component of its Prime subscription service – to begin making a new Top Gear-ish program. Better still, Clarkson’s longime friend and former Top Gear executive producer, Andy Wilman, is reprising his role for the new, yet-to-be-named Web show.

Although we said there was a strong chance the lads would show up on the Internet back in March when Clarkson was fired by the BBC after taking a swing at one of Top Gear’s junior producers, we figured they’d land at Netflix. Amazon Prime came a bit out of left field, to be honest, but if the more we think about it, the more sense it makes: Amazon wants to push its Prime service and get the word out that there’s a lot more to it than just express shipping for items you buy, while Clarkson, Hammond, May and Wilman get an absolutely stupid-rich corporate sugar daddy to provide them with the financial resources needed to bring even their most cheeky ideas to life (not to mention an official channel to push all their non-BBC books, DVDs and other merchandise). We’re eager to see how much of the old magic makes the switch; unfortunately, we’ll all have to wait until sometime next year to find out.