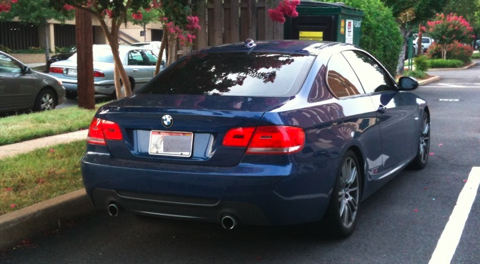 Conspicuous consumption is rampant in America where everyone seems to be obsessed with status and wealth. In Europe, the quest for the finer things in life is no less fervent, but the outward manifestation of this phenomenon is much more subtle and subdued. A recent article from the New York Times highlights this disparity and reports that nameless cars— those vehicles that have been debadged with the various emblems removed— are “if not in the majority…. a sizeable minority.”

Nameless cars are so popular in Europe that most of the auto manufacturers offer a “badge delete” option to their customers, with German cars, in particular, the most common beneficiaries of this removal process. Audi reports that 25% of their clientele prefer to keep their car’s identity anonymous. However, in the US, there are no auto manufacturers (save for Porsche with their “delete model designation”) that offer a badgeless option and none plan to do so. However, most dealerships will tear them off per special request.

This is most likely due to the fact that Stateside, the trend is actually to add badging to make one’s car appear to be an upgraded model, performance version or something different altogether. How many times have you seen the AMG badge on a Mercedes C230 or an Audi RS emblem on an A4 with a body style and model year that was never offered in that flavor?

Let me take this one step further. Strangely enough, while it’s culturally more acceptable to keep the engine and model specifics to oneself in Europe, in the US, those individuals that actually debadge their cars for the cleaner aesthetic or modesty, are by default assumed to be sporting low end variations of the model line. This is because, more often than not, when it comes to new German automobiles, emblem removal is used by those stretching their budgets to disguise the fact that they have purchased the cheapest model available just to get in the game and keep up with the Joneses. Demonstrating socio-economic or cultural inferiority is not an option. Sad but true. Happy motoring folks…