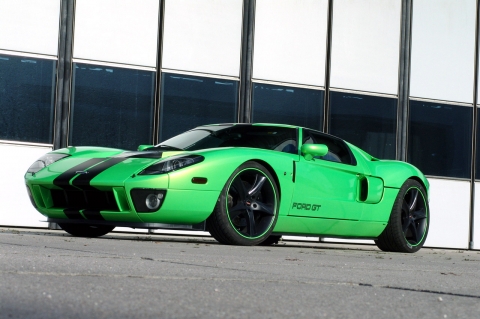 Geiger Cars is a German tuner with a true penchant for American cars and trucks. Their website looks like an amalgamation of the entire domestic auto industry. Basically, they import vehicles that are appealing to local and other European markets, provide some serious tuning flavor and resell their creations. Geiger Cars’ latest offering is their second pass at the Ford GT retro supercar. This time they have managed to push the 5.4-liter V8 engine up to 790 hp and 637 pounds-feet of torque. Therefore, this vehicle is aptly named the Geiger HP 790. Sprints from 0-62 mph take just 3.6 seconds with a top speed of 223 mph.

This juiced Ford is able to put up these impressive stats due to some rather extensive engine modifications. The stock 2.3-liter supercharger is replaced with a larger 4.0-liter which boosts the combustion chamber by over 1.25 bars. Bigger throttle valves and a sports filter were added to provide better engine breathing. The cooling systems for the engine and gears had to be tweaked to account for the additional power. And the engine electronics were all recalibrated. 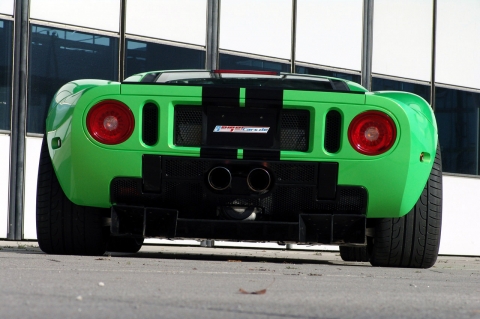 The Geiger Ford GT has been lowered by 60-millimeters and rides on matte-black alloy wheels measuring 20 ” x 9″ up front and 21″ x 11″ in back. The bright green paint job is obviously the most glaring modification. The Ford GT was only produced between 2005 and 2006 but is still a favorite among tuners due to its throwback styling and impressive performance setup. We’ve seen a lot of these cars customized but somehow it never seems to get old.