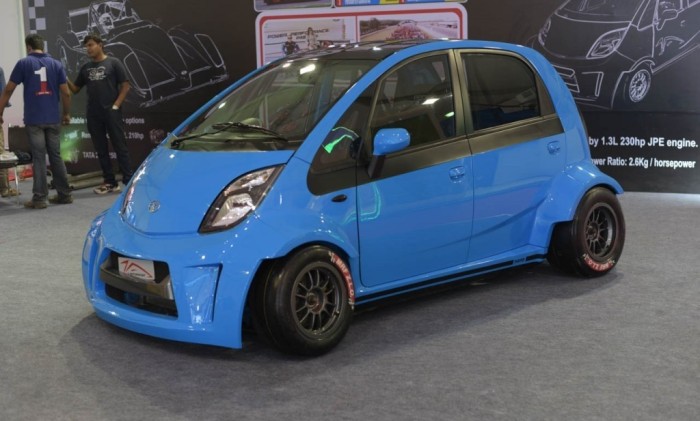 The Tata Nano has a lot of things going for it: It’s the cheapest new car in the world today and…um…uh…it’s faster than walking? Okay, so its modest price is pretty much the only noteworthy selling point, but it’s one that comes with an added bouns: More money left over for personalization/customization!

Well, the folks at JA Motorsport – a tuning shop in the southern India city of Coimbatore – spent some money (roughly $40,000, to be exact) on customizing the Nano you see here. The jumbo fender flares, fatter wheels wearing slick tires and lower front and rear fascias certainly tell you this is no ordinary Tata subcompact, but the biggest change is behind that new rear bumper: Instead of the stock 37 horsepower 624cc twin, power comes from a 1,300cc screamer of unknown configuration and origin (we’re guessing it’s a Japanese superbike engine of some sort) producing a claimed 227 horsepower, which is apparently sufficient to push this carto 118 mph. We assume this little monster does all that by burning gasoline, but it could just as easily run on amixture of curry powder and the tears of vanquished WRX and GTI drivers… 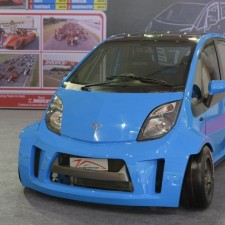 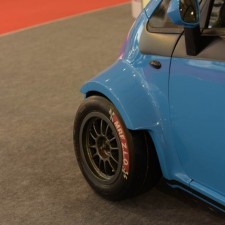 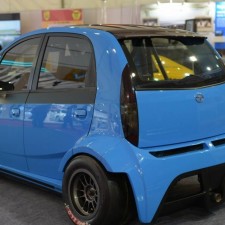