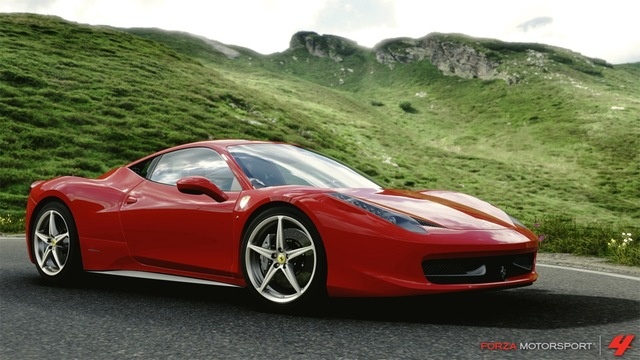 Since Gran Turismo 5 has been on store shelves for about half a year now, you had to know that sooner or later that info on the next installment in the Forza Motorsport franchise would drop. We got a taste of what to expect at last year’s E3 in the form of a tech demo utilizing the Kinect motion controller, but not much news after that.

Fast forward to this year’s E3, though, and Forza developer Turn 10 has spilled a whole can’s worth of beans on Forza Motorsport 4. And it turns out there’s a lot more to it than being able to drive without a controller. 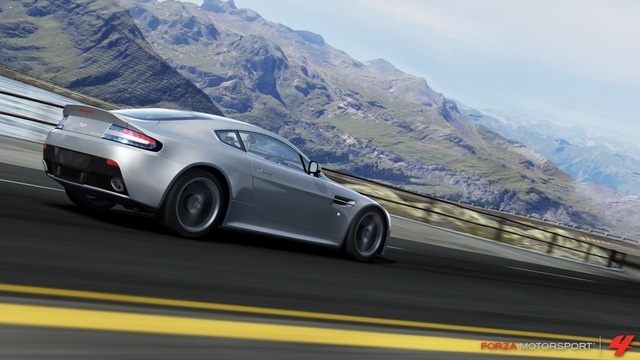 For example, let’s look at the numbers. Turn 10 says we can expect to see more than 80 car manufacturers represented in this Xbox 360 exclusive, and some sources are reporting around 500 total vehicles will be included with the game when it ships. However, Turn 10 also announced that they’re aiming to release a downloadable 10-car pack every month after release, though considering they made similar pronouncements for Forza 3 and didn’t always deliver on time, we’re taking a “wait and see” approach.

Another number that has our attention is one million. That’s the number of polygons Turn 10 is claiming each car model in Forza 4 will have, and it’s more than double the count of the rides in Forza 3 (400,000 per car). That translates to way, way more detail, details that will be easy to ogle in the new Autovista (or showroom) mode. There, players will be able to explore almost every inch of a car, from opening the doors and sliding into the interior to popping the hood and firing the engine. Thanks to Kinect, you’ll be able to do it controller-free using the same gestures you would to open up and poke around a real car. And did we mention each of the cars in the showroom will have brief verbal presentations delivered by none other than Jeremy Clarkson? We have now, so you know this Forza 4 will have some of the sweetest in-game vehicle showcases…in the world. 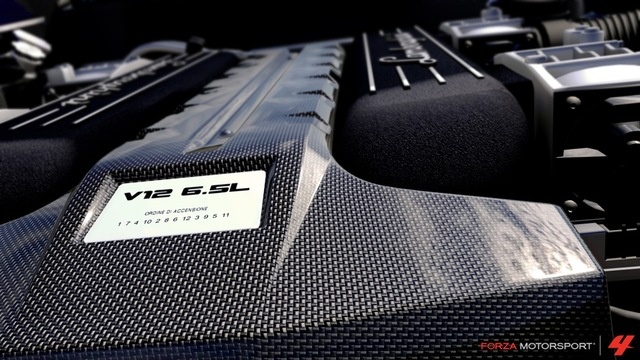 And lest you assume Jezza is the only connection to Top Gear this game will have, note that the show’s Dunsfold Aerodrome test track will be just one of the new tracks featured in Forza 4, as well as at least one sweet road circuit set in the Swiss Alps and (if the box art is any indication) the Indianapolis Motor Speedway. What’s more, driving on those tracks will be even more realistic thanks to an all-new tire physics model co-developed by Turn 10 and Pirelli. It promises to create super-realistic reactions to variables like temperature, wear, chassis setup and compound selection, testing drivers in ways heretofore only seen in ultra-hardcore PC sims, though it’s worth noting a full suite of driver assists will be available to those who need or want them.

But in order to make the game really accessible, Turn 10 has thrown in the Kinect mode seen at last year’s show. In it, the game accelerates, brakes and shifts automatically, while you hold your arms out in front of you at 10 and 2 and make steering motions to negotiate the course and (hopefully) dodge your opponents. It sounds like it will be great for parties, since a) it’s much easier for casual gamers to pick up, and b) there’s no controller to get pizza, ramen, beer, vomit, etc. spilled on it. The Kinect sensor can also be used to track the movement of your head so you can look into a corner like you would in real racing (Check it out in action here.), and you’ll be able to import all of the decals and whole-car liveries you created in Forza 3 into Forza 4.

Combine all of the above with new, enhanced community features like the ability to create car clubs and track how you’re doing relative to your friends and you have a game that’s definitely fully-optioned. You better believe we’ll be taking it for a spin when it goes on sale October 11th.