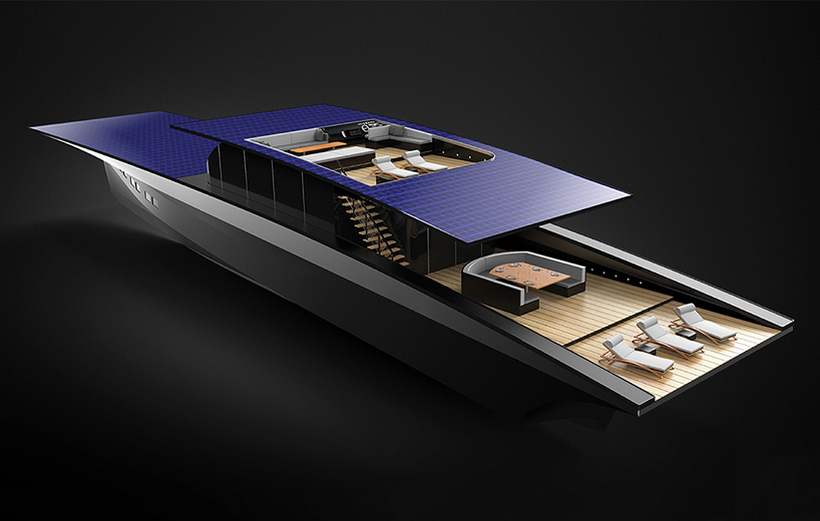 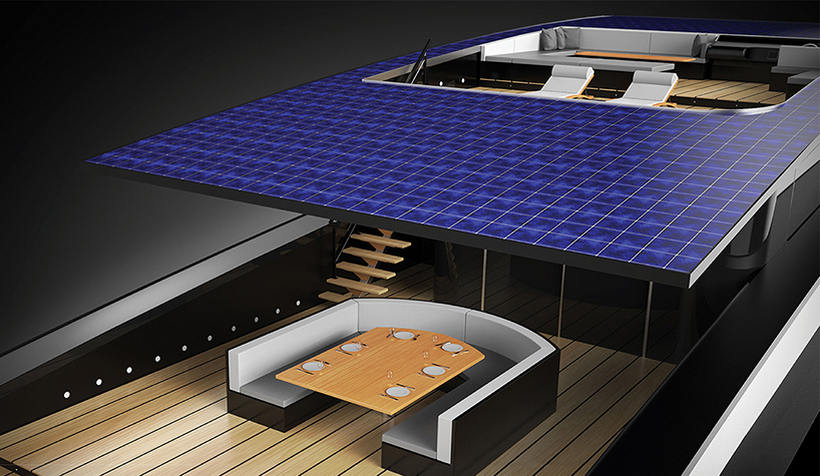 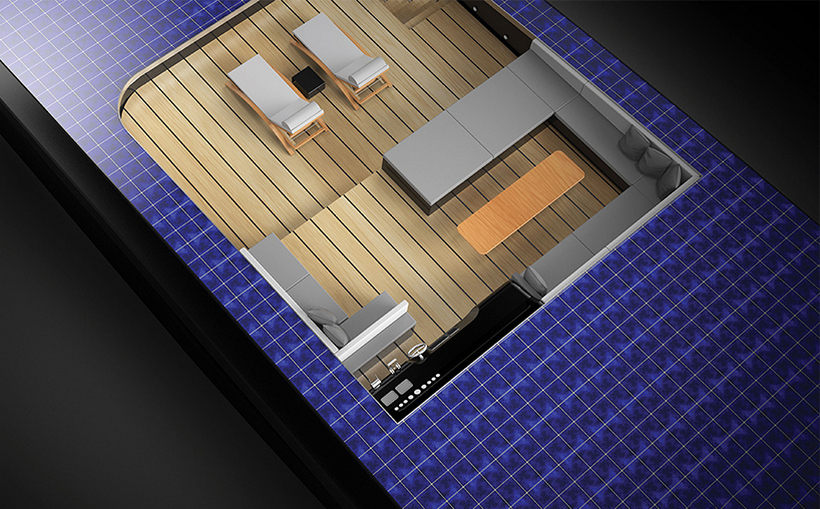 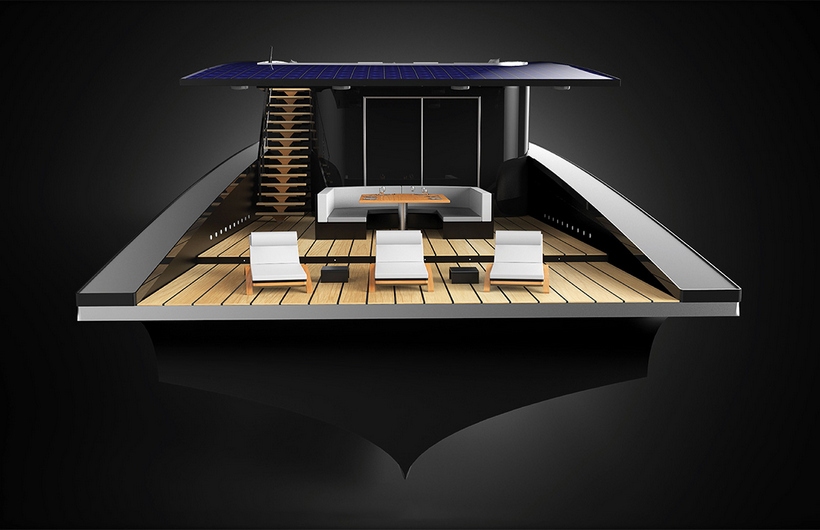 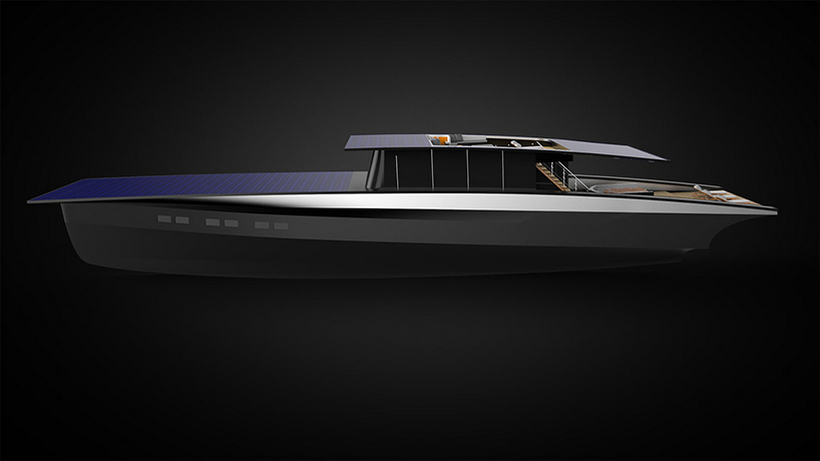 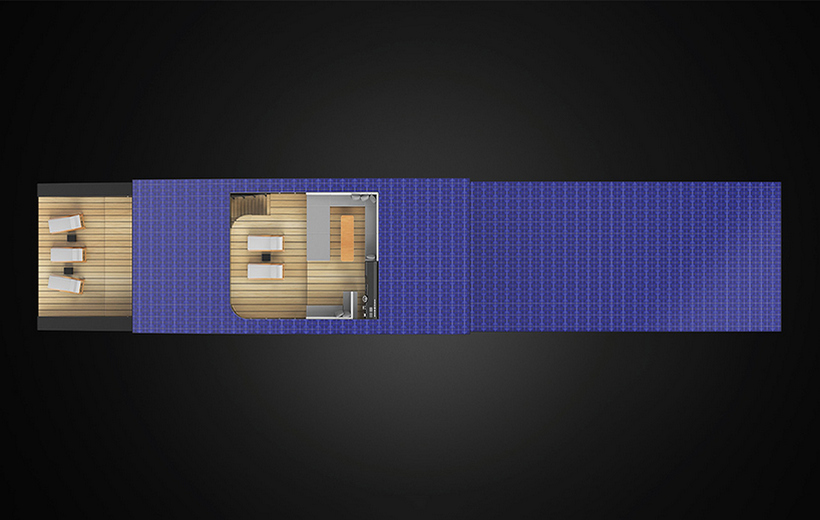 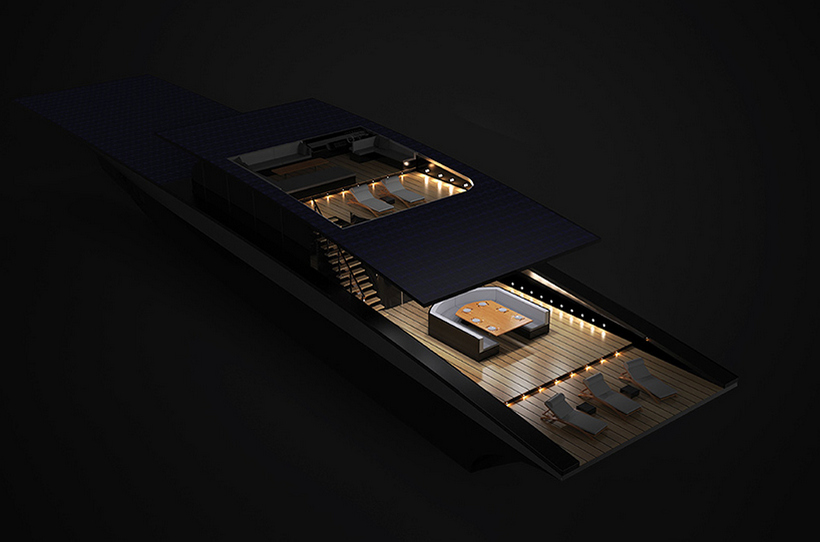 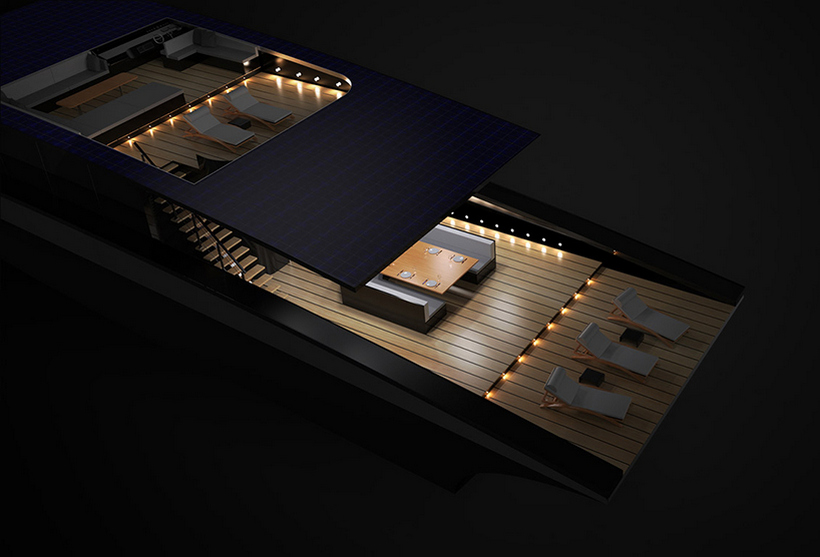 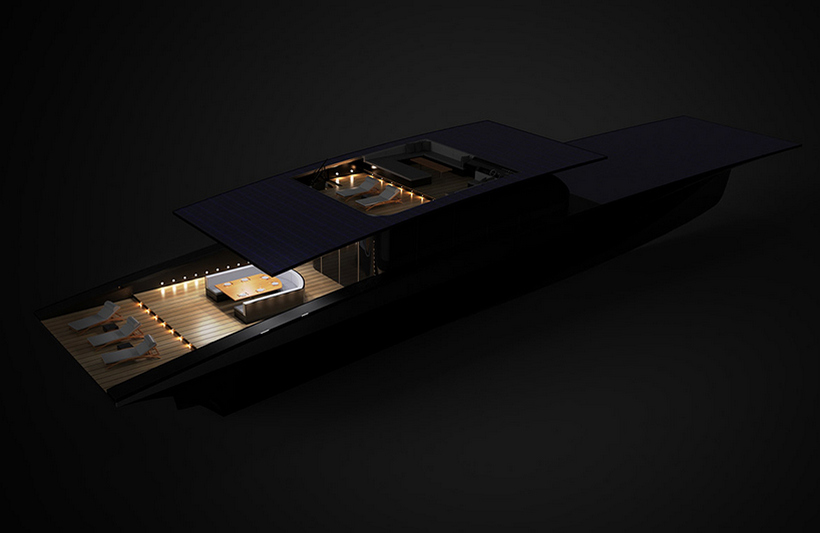 Duffy London Dials up the Wow with this Solar Powered Yacht

Although electric cars (and, to a lesser extent, electric motorcycles) are red hot right now, the same cannot be said for electric yachts. It’s not exactly hard to figure out why that’s the case, as there aren’t very many electrical outlets or high-speed charging stations floating atop the open ocean. No, unless/until there’s a massive advancement in battery storage density, electric boats are going to have to rely on solar panels or other auxiliary generation methods to achieve reasonable range. At least design firm Duffy London has managed to artfully integrate a plethora of photovoltaic cells into the appearance of the boat you see here.

Dubbed the Solaris Global Cruiser, this 44 meter (144.4 foot) stunner’s top surfaces consist almost entirely of PV cells to provide power to the 14 battery banks (rated at 170 kWh apiece for a total capacity of 2,380 kWh) that, in turn, provide the juice to power the yacht’s various onboard systems as well as the six electric motors that turn six hydro jets and a 40 kilowatt bow thruster to improve in-port maneuverability. Plus, the cooling system for the solar panels doubles as a fresh water heating system the lavatories, galley and other areas. For additional range when the batteries are depleted or there’s not enough sun, an alcohol-burning turbine can provide more cruising distance or an additional speed boost for a top speed Duffy London claims is a whopping 45 knots.

Inside, the composite hull and superstructure still has sufficient space leftover for five cabins, with accommodation for up to 10 guests and seven crew members. Duffy London is willing to make this dream machine a reality for the right buyer armed with 25 million British pounds (about $32.7 million at this writing), however don’t expect it to be ready for its maiden voyage before 2020. Hey, nobody ever said you’d never have to wait for stuff like us peasants…