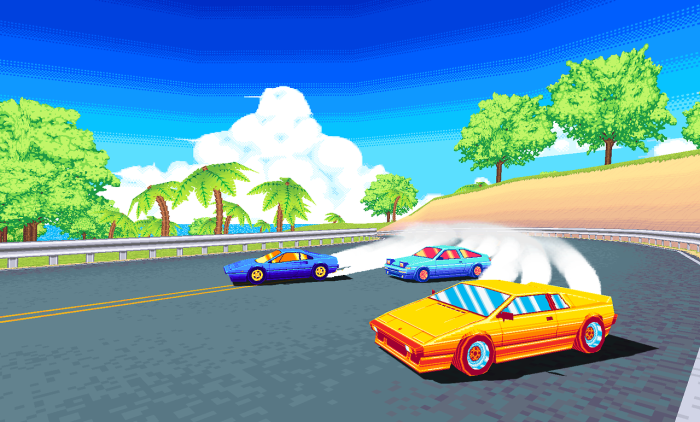 Most people who follow the video game industry will probably tell you that the good old days are happening right now, particularly if you’re into racing games. Any of us who have spent time with Forza Motorsport 5, Gran Turismo 6 or any recently-released PC title will drink to that. But at the same time, modern racing games have lost some of the romance that their pixely, short-on-color-range 8- and 16-bit forefathers rocked. If you were, like us, born in the first half of the 1980s, you might even remember the original Test Drive and marveling at the blocky, pastel-hued representations of sports cars contained therein. How cool would it be if someone took that visual style and bow-chika-wow-wowed it with a modern polygonal 3D engine? 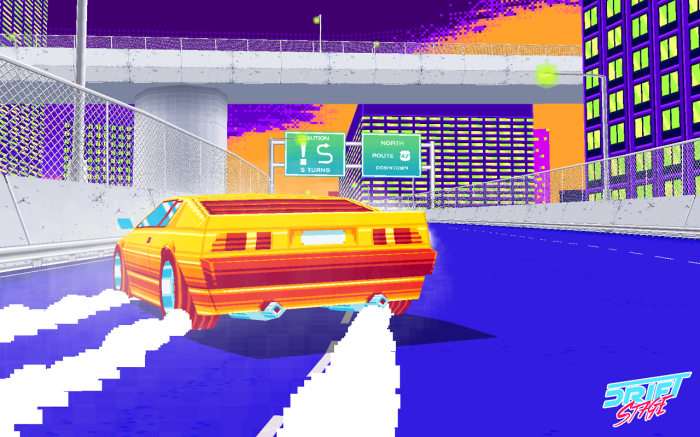 Well, a couple of indie developers by the name of Chase Pettit and Charles Blanchard seem to have an answer to how cool just such a time-jumper of a game would be, and that answer is “TOTALLY RADICAL, DUDE!” It’s called Drift Stage, and it looks like a portal into an age when MTV played music videos, Coca-Cola was fixing what wasn’t broken and the threat of fuzzy-chapeau’d communists invading to make us all wait in bread lines and play with matryoshka dolls was, though somewhat diminished, still quite real. Even the car selection is spot-on: Unlicensed (but easily-recognizable) renditions of the BMW M1, Ferrari 308 GTB, Lotus Esprit Turbo and Toyota AE86 are the only cars that have been revealed so far, but we suspect more iconic performance cars from the decade (e.g. Lamborghini Countach, Ferrari F40, Chevrolet Corvette C4, Porsche 959, etc.) will be added eventually. And the synth-heavy soundtrack from unsigned “soft shredder” Hugh Myrone? Catchier than crack, and so evocative of the era that it adds exponentially to the popped-collar, feathered-perm vibe. 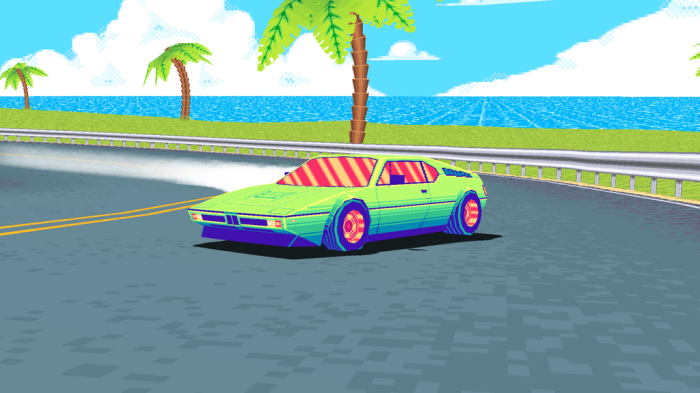 As for which systems Drift Stage will be played on, Pettit says PC and Mac versions will come first, with mobile and/or console ports to be determined at a later date. And speaking of dates, there doesn’t seem to be a timetable for a release at the moment, though you can follow the project’s progress on the game’s official site and on Twitter. Of course, when it is ready, you can bet we’ll be among the first to plunk down the cash needed to go on this magical journey through time. 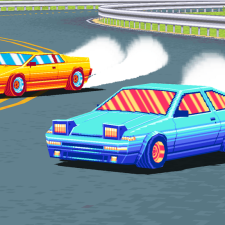 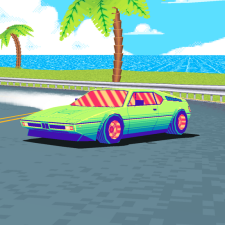 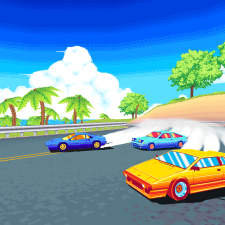 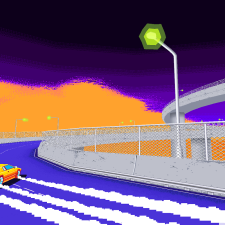 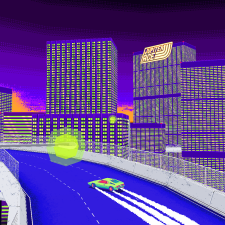 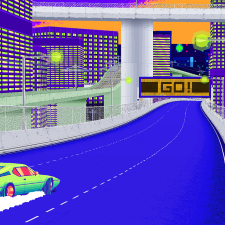 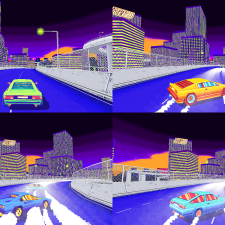 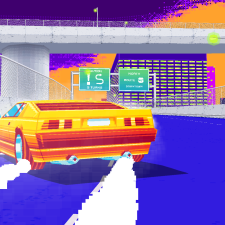 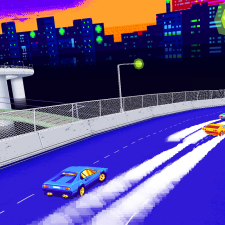 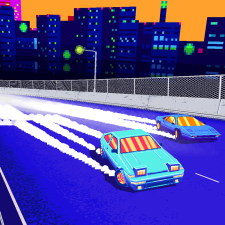