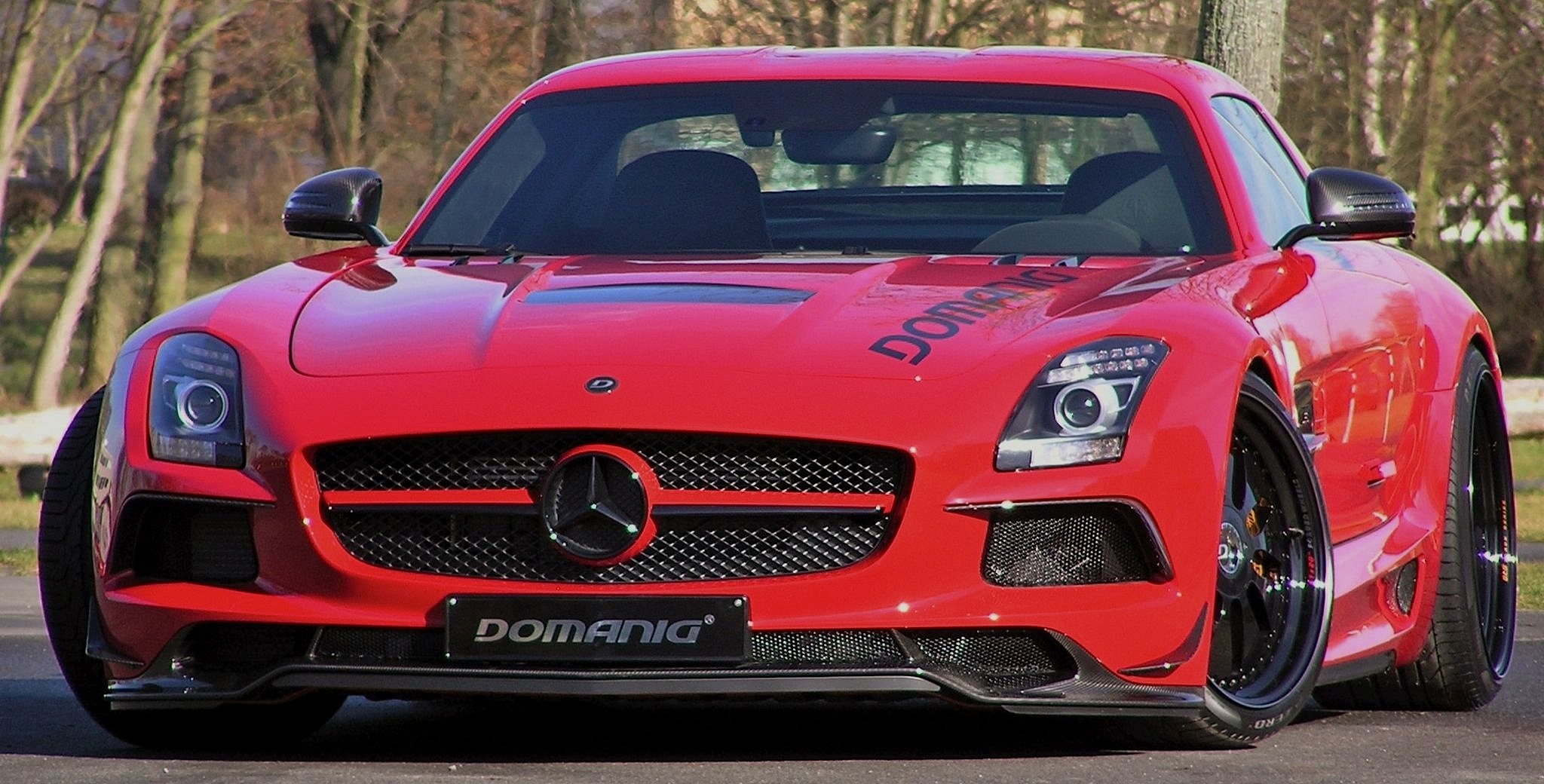 Although the “regular” Mercedes-Benz SLS AMG (and the GT version that followed) has never really done anything for us appearance-wise, the same cannot be said of the balls-to-the-wall Black Series version. The fatter flanks and lower fascias and skirts make the SLS coupe’s wonky roof-line a whole lot more tolerable, to our eye. And the improved acceleration, braking and cornering abilities certainly don’t hurt, either.

But is the SLS Black Series a supercar? Well, yes; it’s basically Mercedes-Benz’s retort to Porsche 911 GT3, Ferrari 458 Speciale, et al. Is it a hypercar, though? No, it is not; it won’t win you any heads-up drag races against a McLaren P1 or a Koenigsegg Agera. At least, it won’t do so in stock form. But the SLS Black you see here, which has been tricked out by German tuner Domanig Autodesign, is absolutely not stock.

Now we know what you’re thinking: The exterior doesn’t look much different from factory spec at all. There’s just a big “Domanig” decal on the left side of the hood, a lower ride height (thanks to a KW suspension kit), and a set of Domanig’s own wheels finished in black and measuring 20” across in front and 21” in back to suggest that there’s something fishy going on here. 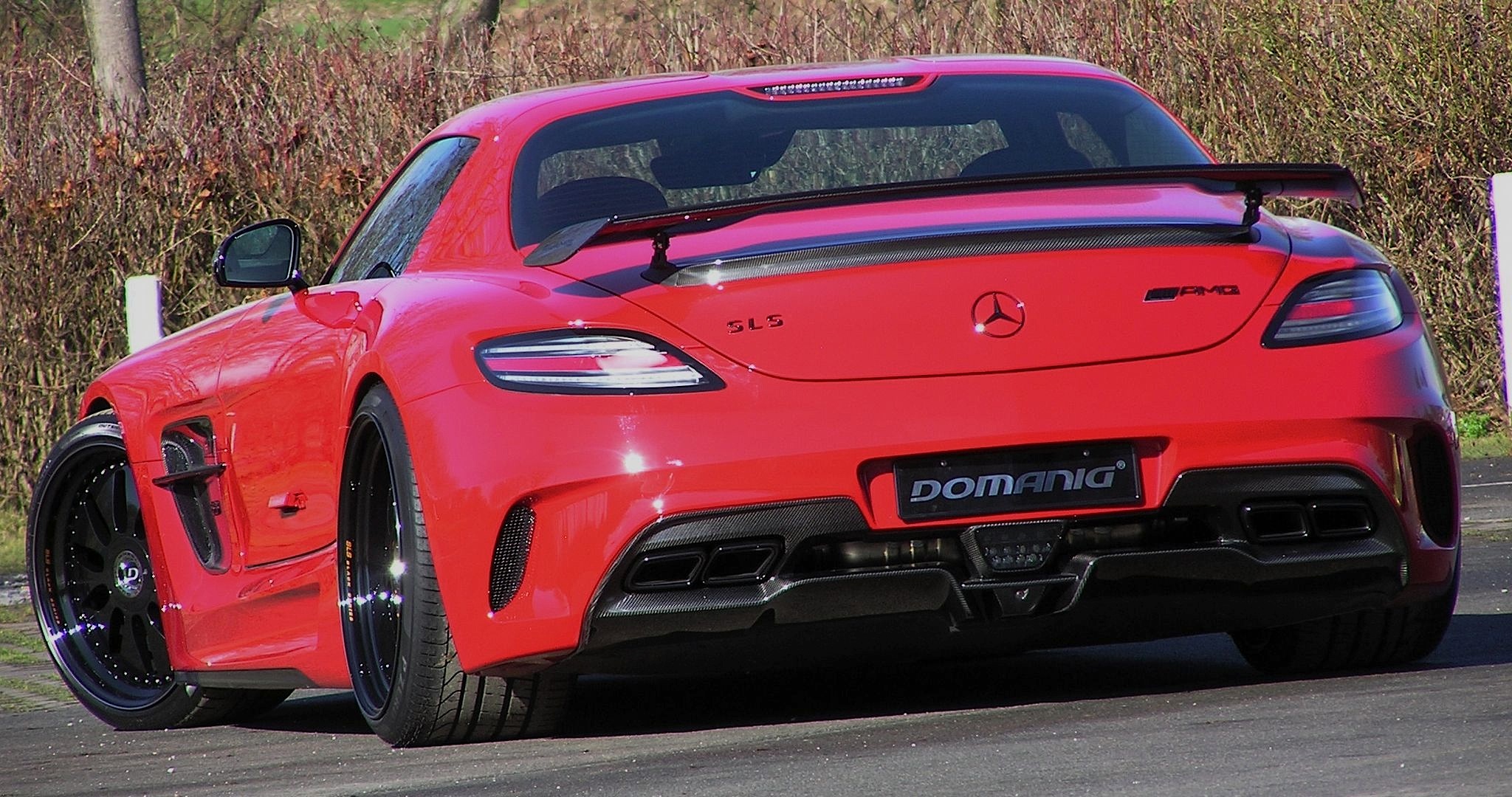 Of course, we’ve never been ones to call a bevy of engine upgrades “fishy.” Domanig says it can lift the 6.2L V8’s output to as much as 800 horsepower with the addition of a supercharger and other, unspecified goodies. The company doesn’t give any indication what that extra muscle does for performance, but we expect substantial improvements over the stock SLS AMG Black Series’ 3.6 second 0-62 mph time and 196 mph top speed. We also expect a substantial cost increase over a stock SLS AMG Black Series, though probably not as much as it would be if there were dramatic body add-ons and alterations. 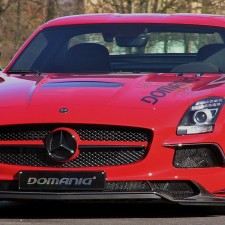 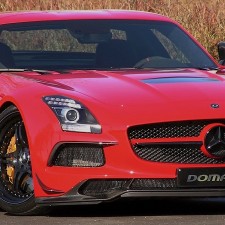 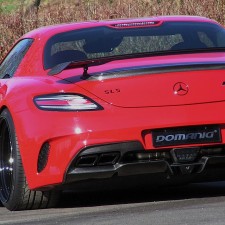 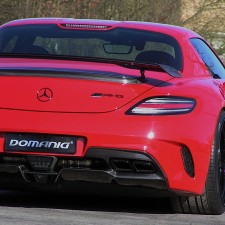 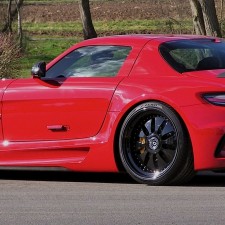 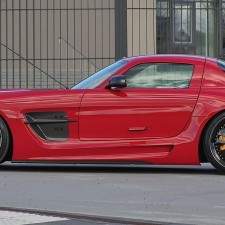 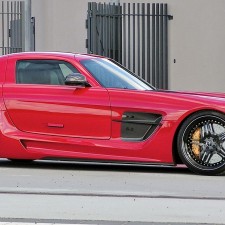 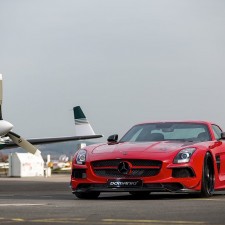