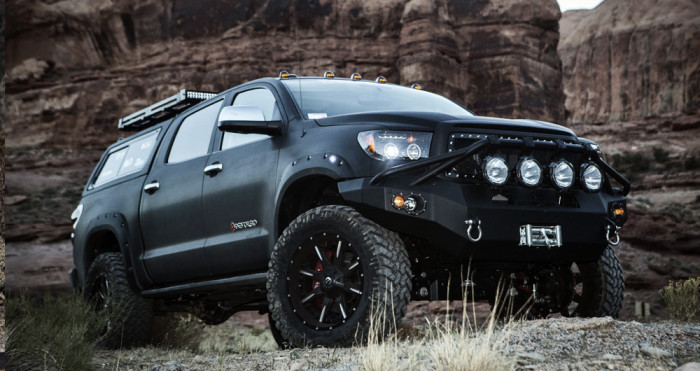 Although muscle truck fans were no doubt quite irked when Ford SVT decided to make its most recent F-150 derivative the off-road-focused Raptor instead of a third-generation Lightning, that hasn’t stopped the Raptor from becoming a minor hit for the Blue Oval. Apparently the appeal of a factory-built, street legal trophy truck with a comfy cabin for five extends well beyond Texas state lines and the perimeter of the 909 area code. Yet despite the success Ford has had in this surprisingly large market, no other pickup truck manufacturer has actually pulled the trigger and produced something similar for public consumption. 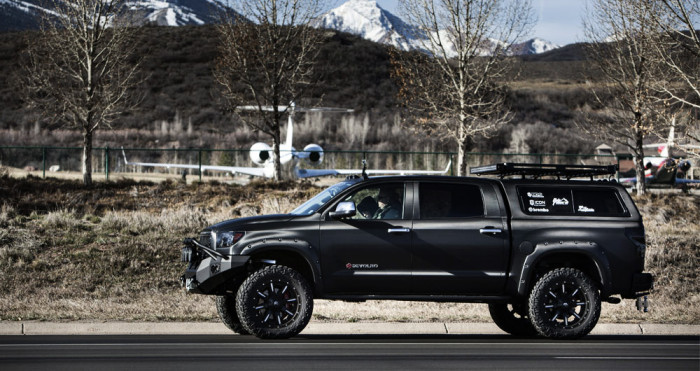 Consequently, it’s still up to the aftermarket to turn other brands’ trucks into Baja-ready desert runners. And the modded Toyota Tundras from Miami-based Devolro looks ready to take on the Baja 1000, a jaunt across Siberia, or just about any other off-road adventure you can dream up. Devolro (which, in addition to its Florida HQ, has branches in Russia and Mongolia) adds the expected massive wheels and off-road tires and lift kit (a 7-incher, in this case), plus new body components like a tougher front bumper/grille guard combination, fender flares, and a cap to turn the bed into and enclosed cargo area. And the modifications don’t stop on the surface; this tuned Toyota – which Devolro calls the Diablo – also features a swank new interior, with a host of infotainment system upgrades and the buyer’s choice of luxurious new upholstery options, up to and including hand-stitched leather. 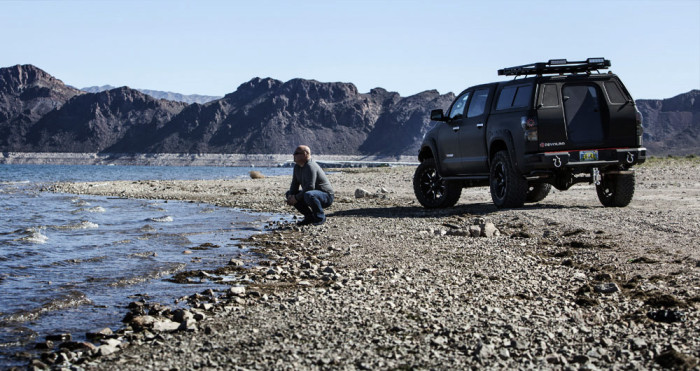 And lest you assume this beast is mostly show and a little bit go, know that Devolro offers the Toyota Racing Development supercharger kit that boosts the 5.7L V8’s output to 520 horsepower. And in case you’re worried about running out of boom juice out in the middle of nowhere, the Diablo can also be ordered with a 49.4 gallon fuel tank to keep the party going for miles and miles. Devolro doesn’t publicize prices for this monster, but we’re guessing you could buy a used Raptor and a few upgrade parts for considerably less. But would the finished product be as badass? Don’t be so sure… 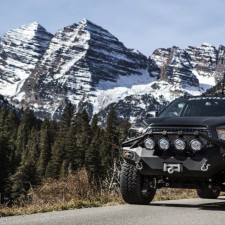 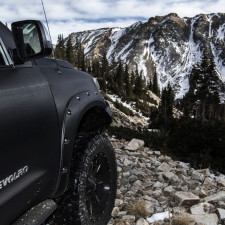 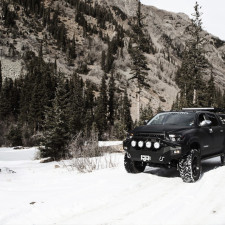 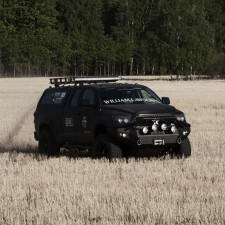 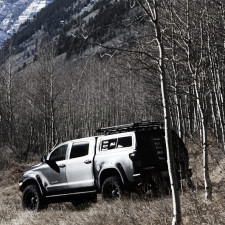 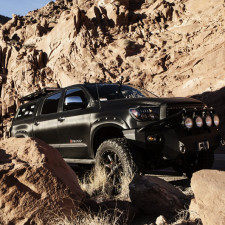 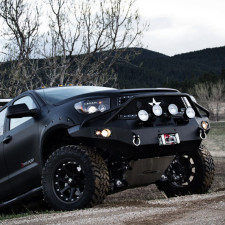 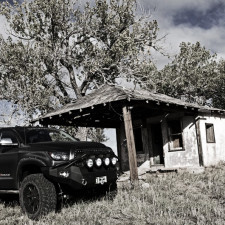 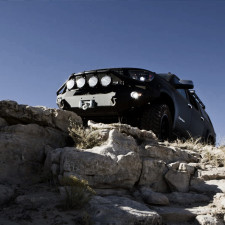 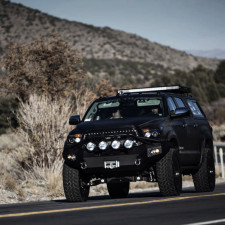 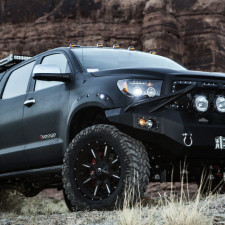 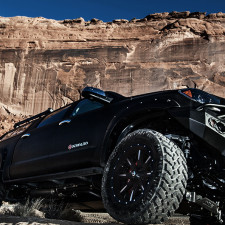 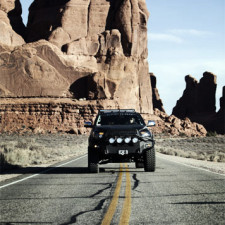 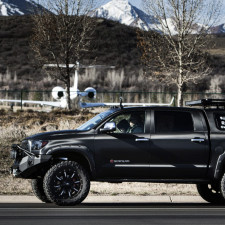 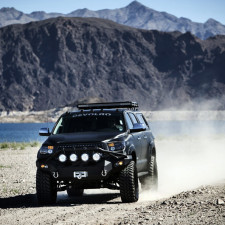 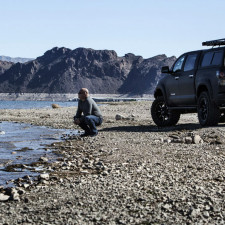 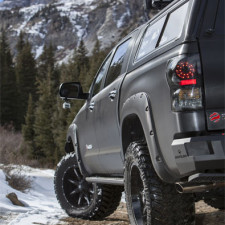 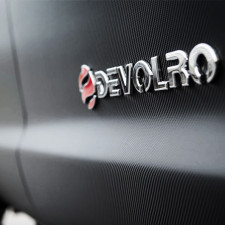