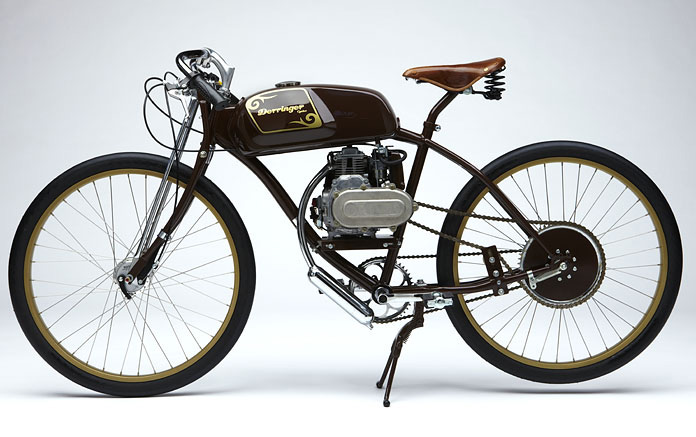 In the 1910s and 1920s, some of the fastest speeds ever attained by car and motorcycle racers on a closed course (as opposed to point-to-point runs at venues like Daytona Beach) were attained on board tracks. As the name implies, these oval (or in the case of America’s first board track, which was located in Playa del Rey, California, circular) speedways were constructed from lumber, usually 2x4s laid on their sides and arranged to form banked straightaways and high-banked turns supported by timber latticework below. They provided much of the template for the paved, earthen-banked oval tracks we know today.

As for the drivers and riders who competed on them, well, let’s just say there’s a reason Hemingway considered motorsports, bullfighting and mountain climbing to be the only real sports and everything else mere games. With leather or fabric “helmets” atop their heads, the occasional epic mustache under their noses and cajones denser than neutron stars between their legs, these ground-based barnstormers ventured into unknown territory on a regular basis, pushing their simple, skinny-tired machines well over 100 mph. It was an era in motor racing the likes of which we’ll never see again…or will we? 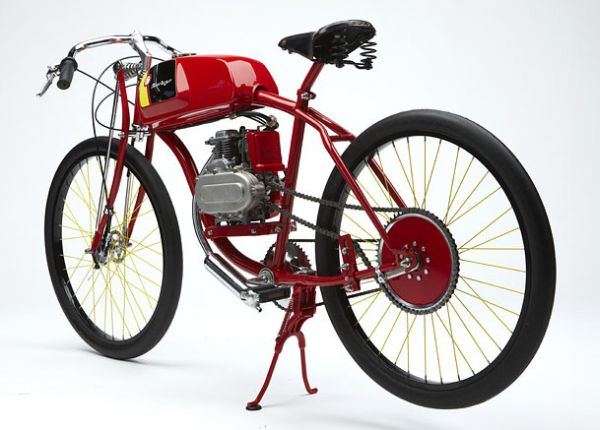 While we aren’t aware of any new board tracks being built, we are aware of a series of new motorcycles that are patterned after the ones that orbited board tracks back in the day. These spindly beauties are designed by renowned industrial designer and motorcycle buff Adrian Van Anz, and are being sold by L.A.-based Derringer Cycles under the banner of the Derringer Bespoke Collection. The handmade saddle-style leather seat, the wire spoke wheels, the vibrant contrasting colors and the close-coupled dropped handlebars all contribute to the Roaring Twenties racer vibe.

So the styling is definitely vintage; the powertrain, however, is not. These retro beauties are motivated by a 49cc 4-stroke pushrod single that meets all emissions regulations in the Europe and the U.S., including California. Derringer says it will return up to 180 mpg if you aren’t giving it the beans all the freakin’ time. It’s matched to a GGB transmission and a centrifugal clutch, and it’s also able to freewheel, meaning the pedals don’t move when you’re using the engine to drive the rear wheel. Braking is handled by a 70mm drum up front and a coaster brake at the rear. That might not sound like much stopping power, but keep in mind that a 49cc engine doesn’t serve up much going power (at least by 21st century standards). 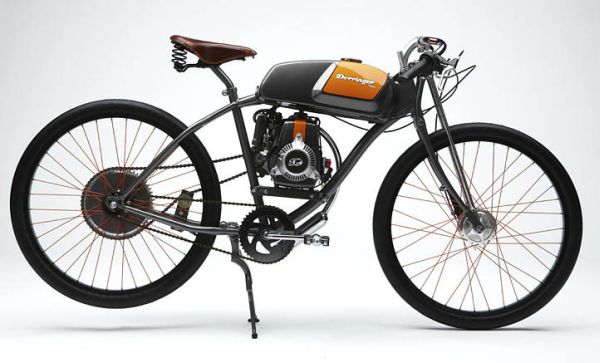 In other words, don’t expect these babies to allow you to ride rings around wifebeater-wearing squirrels on their modern crotchrockets from across the sea. They’re all about looking cool while still being practical and economical. Well, practical to the point that you start wanting to legally change your name to Phineas and responding to someone picking a fight with the phrase “HAVE AT YOU!” 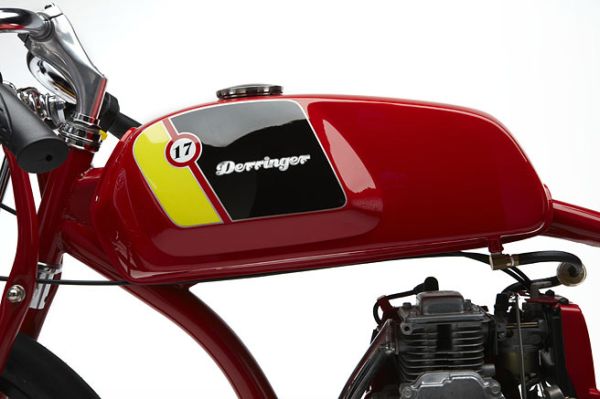 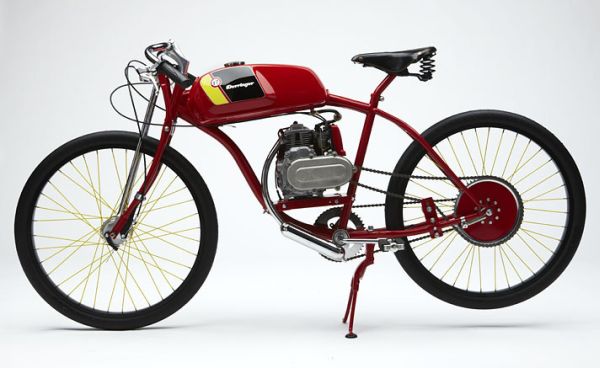 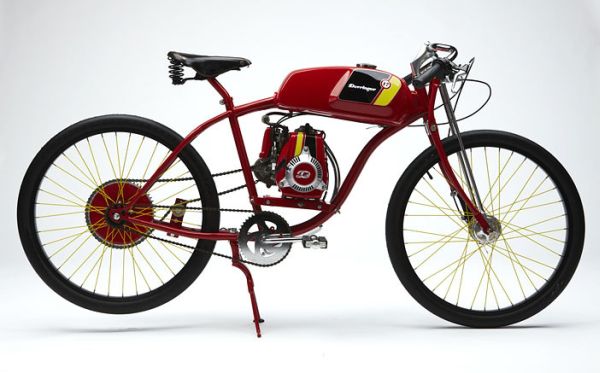 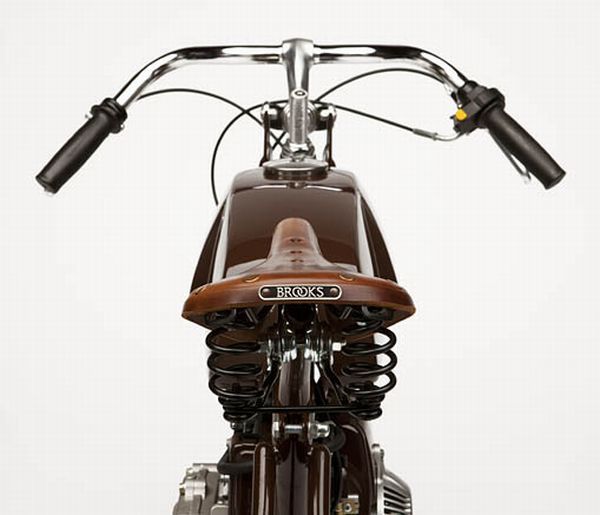 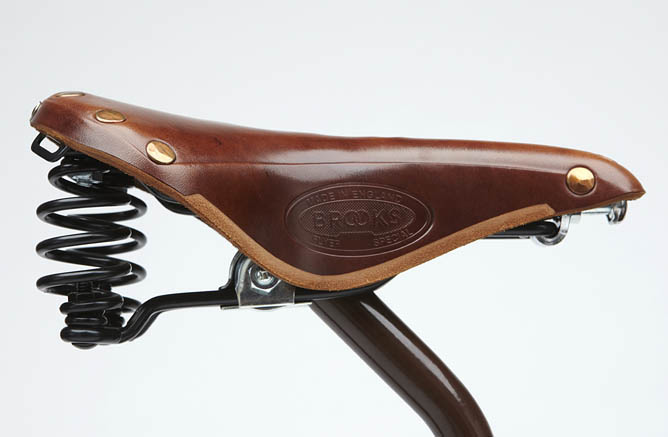 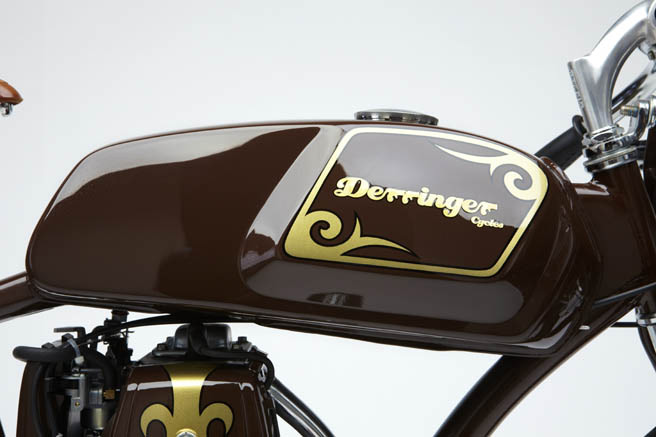 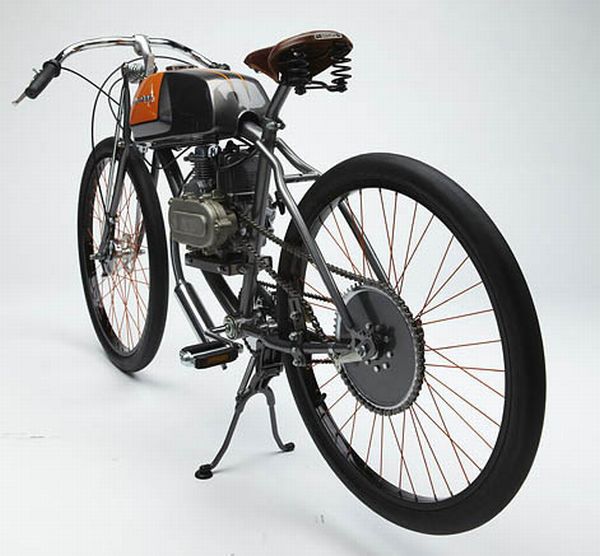 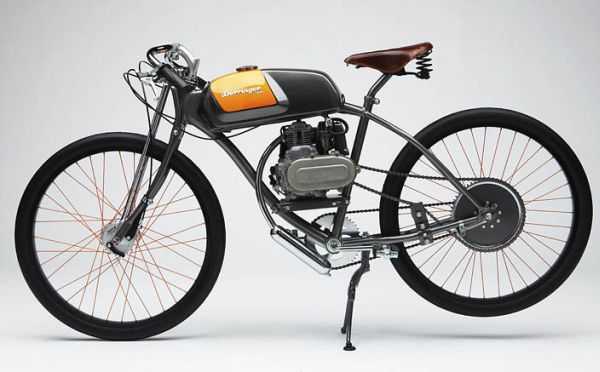 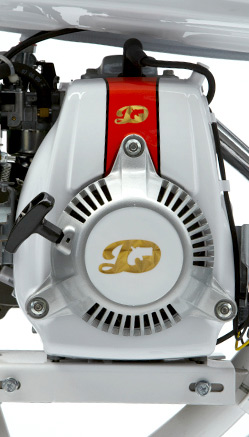 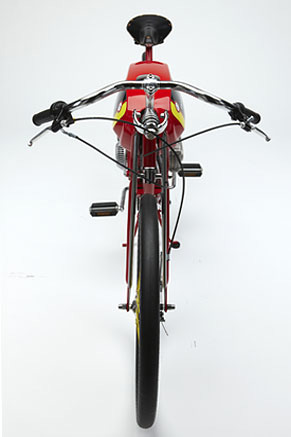 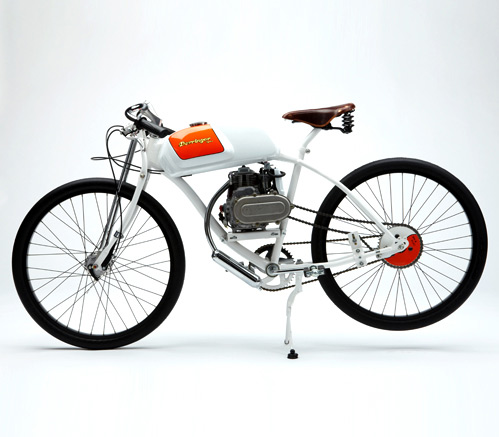 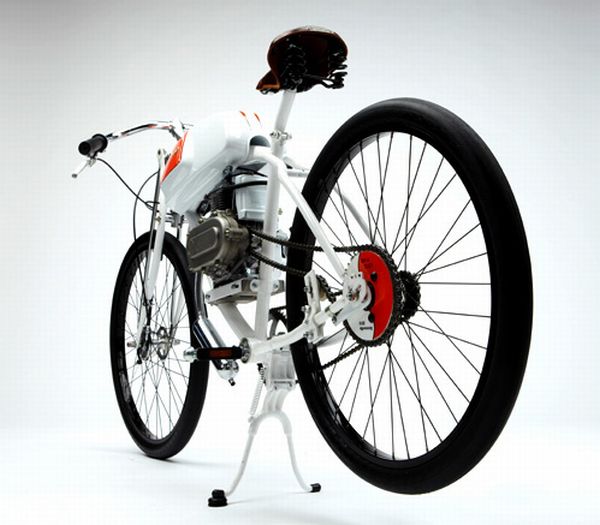 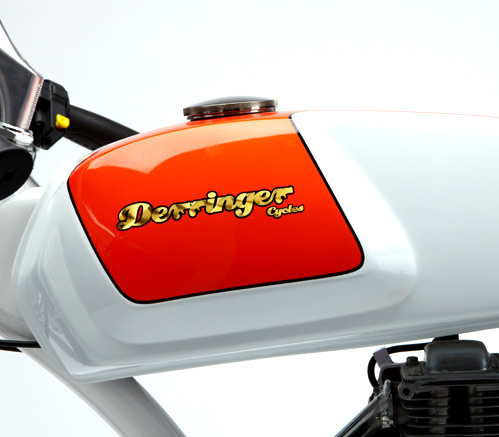