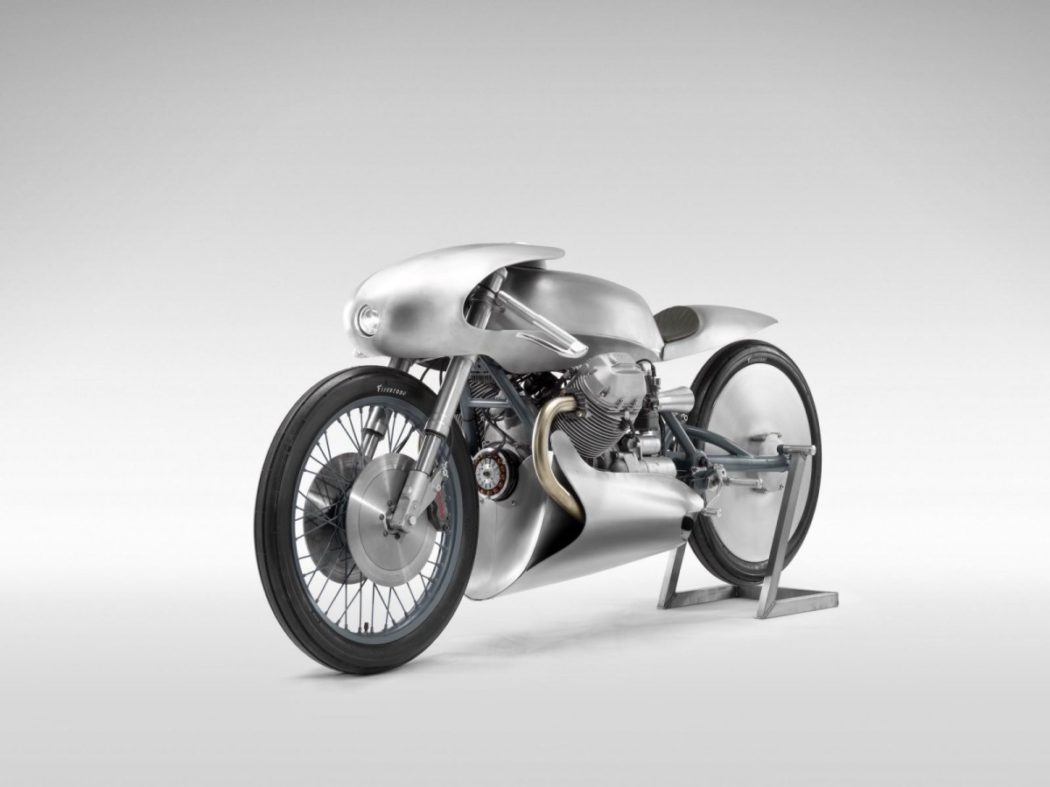 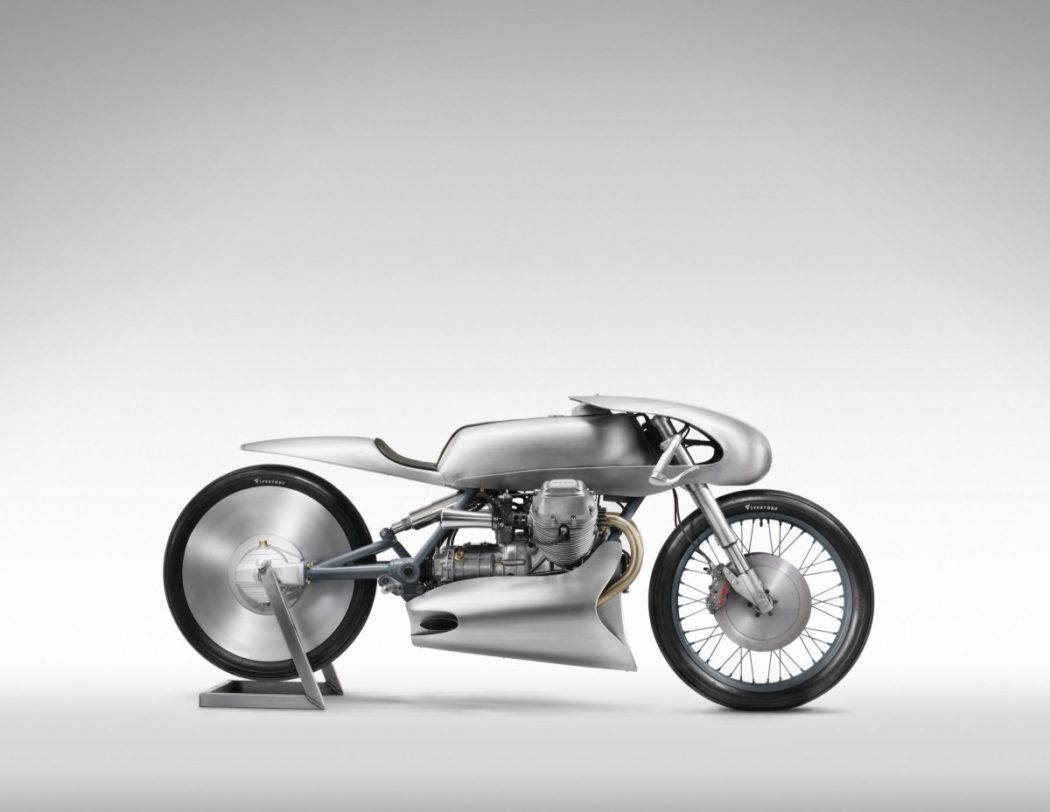 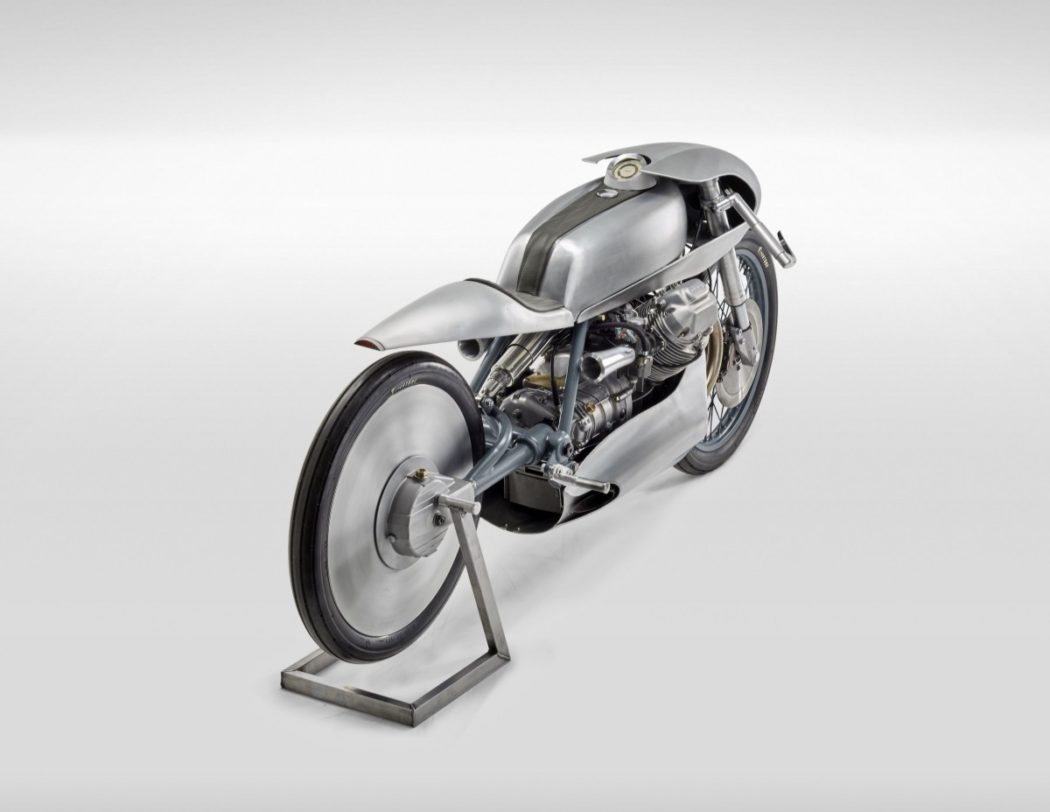 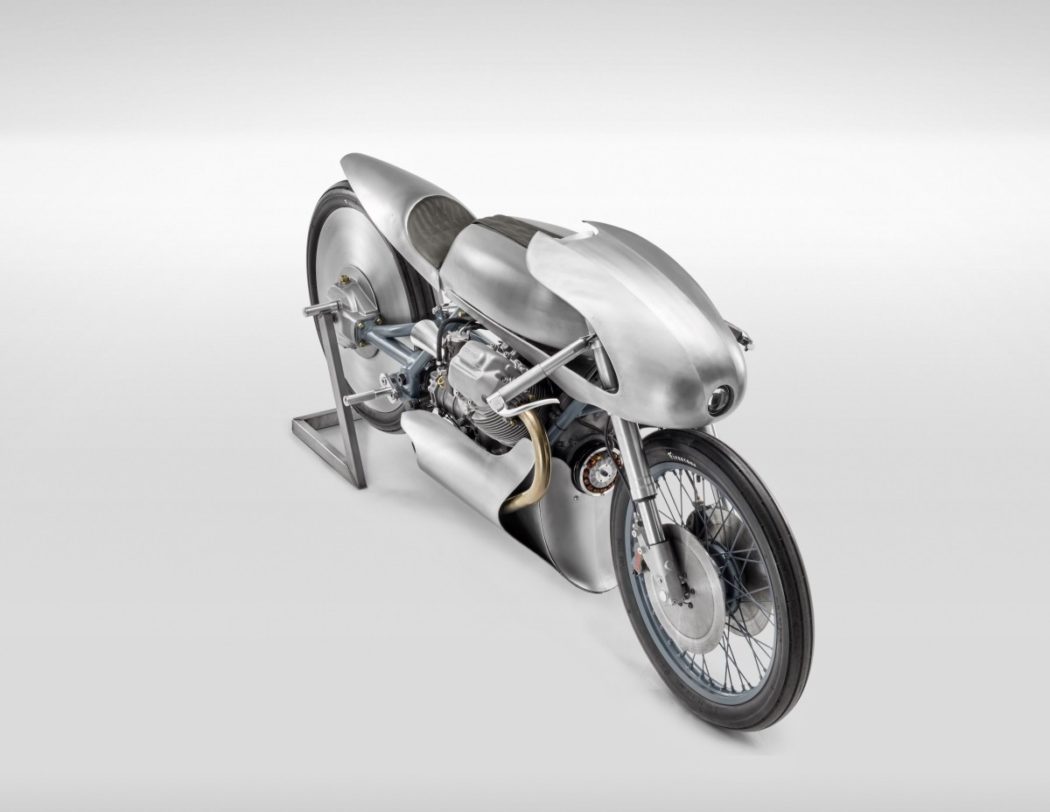 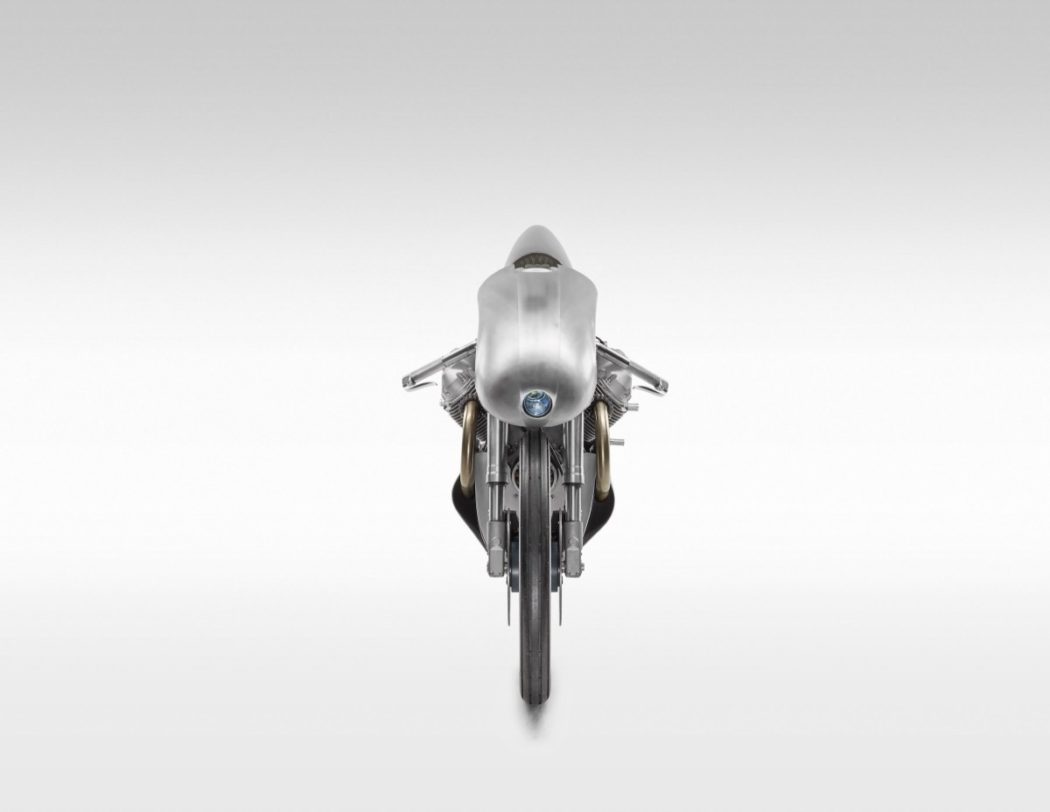 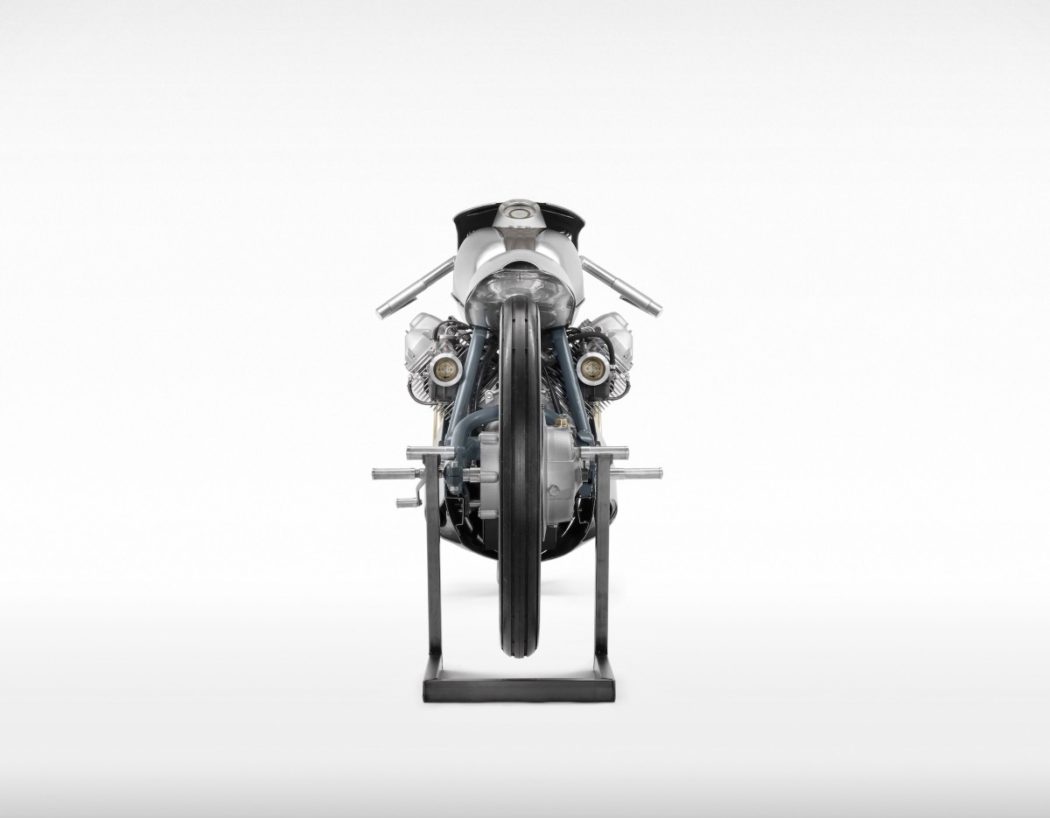 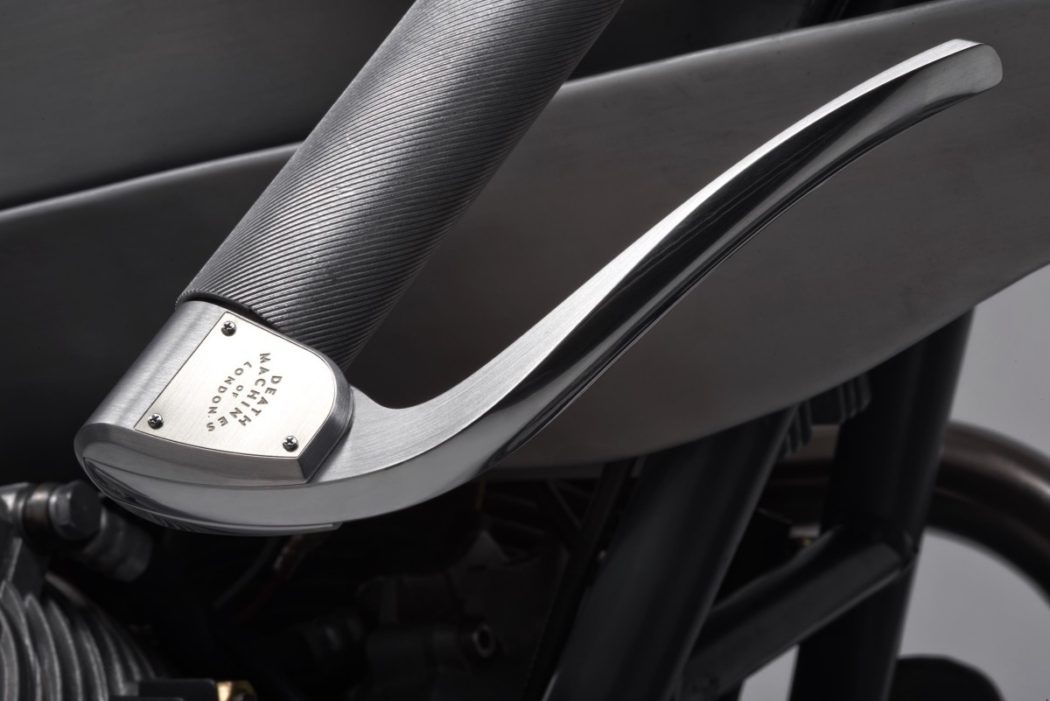 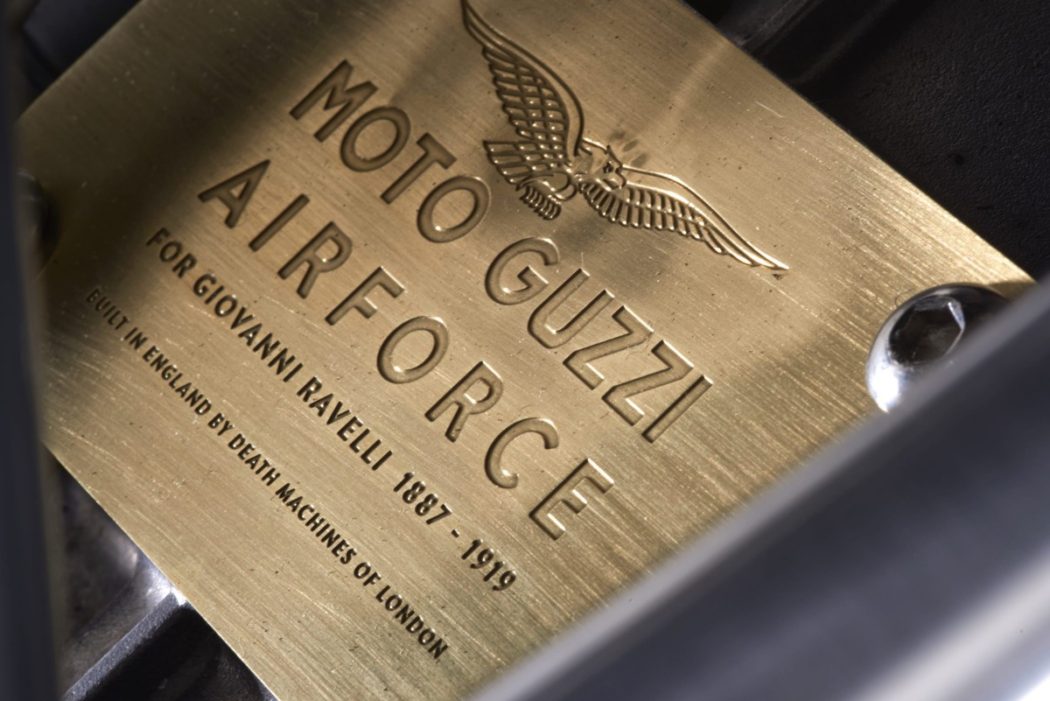 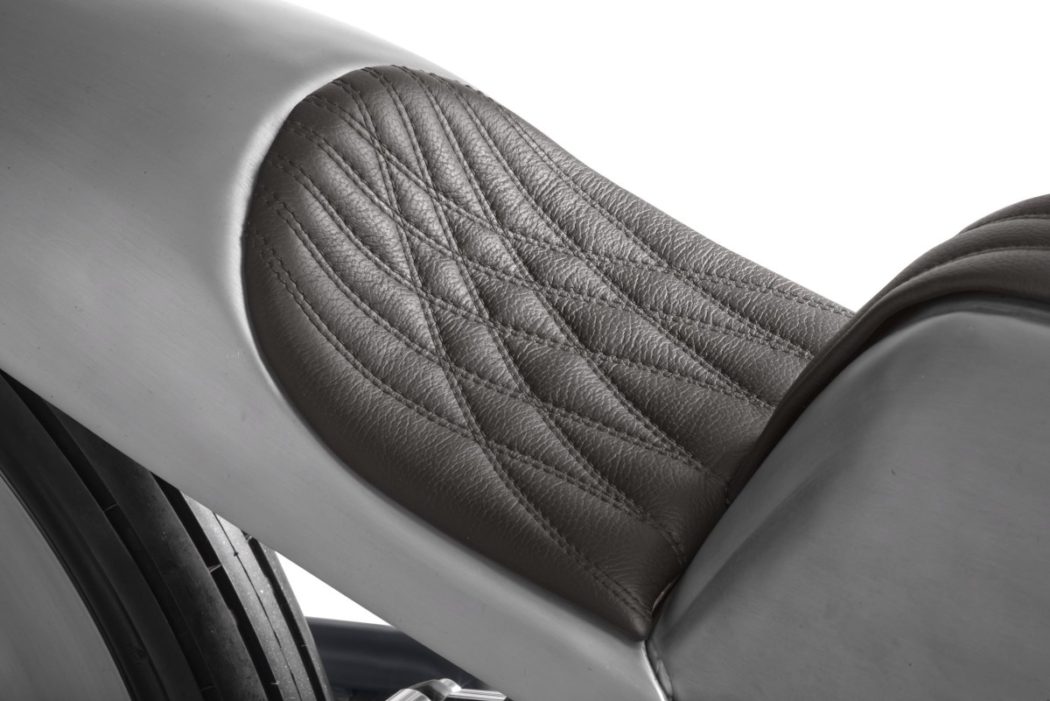 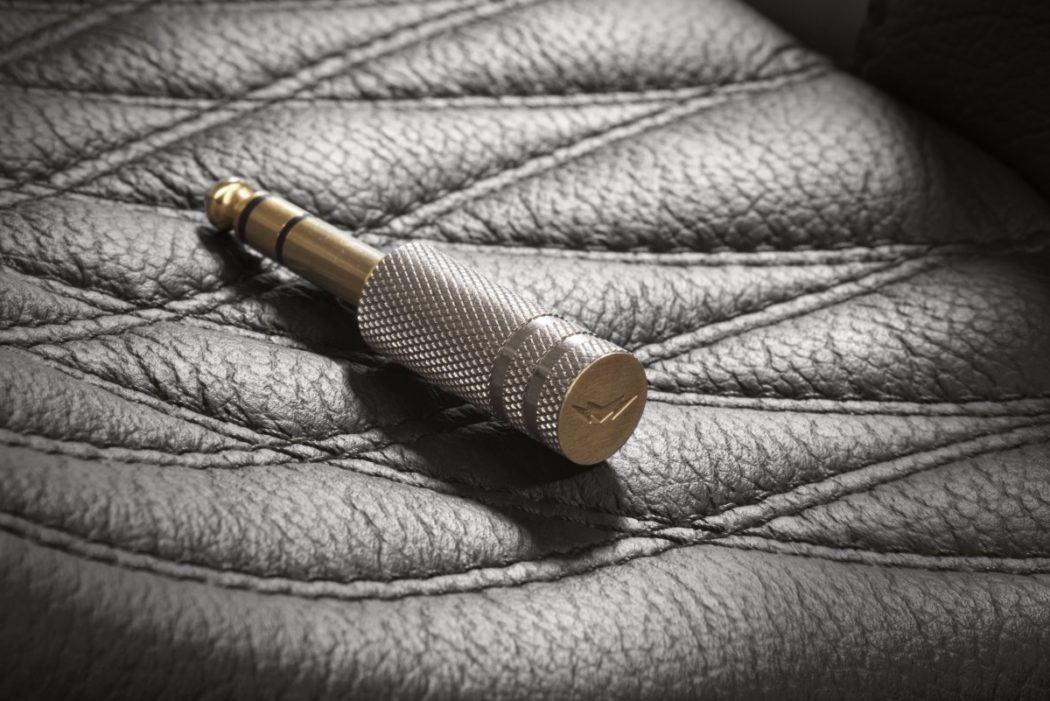 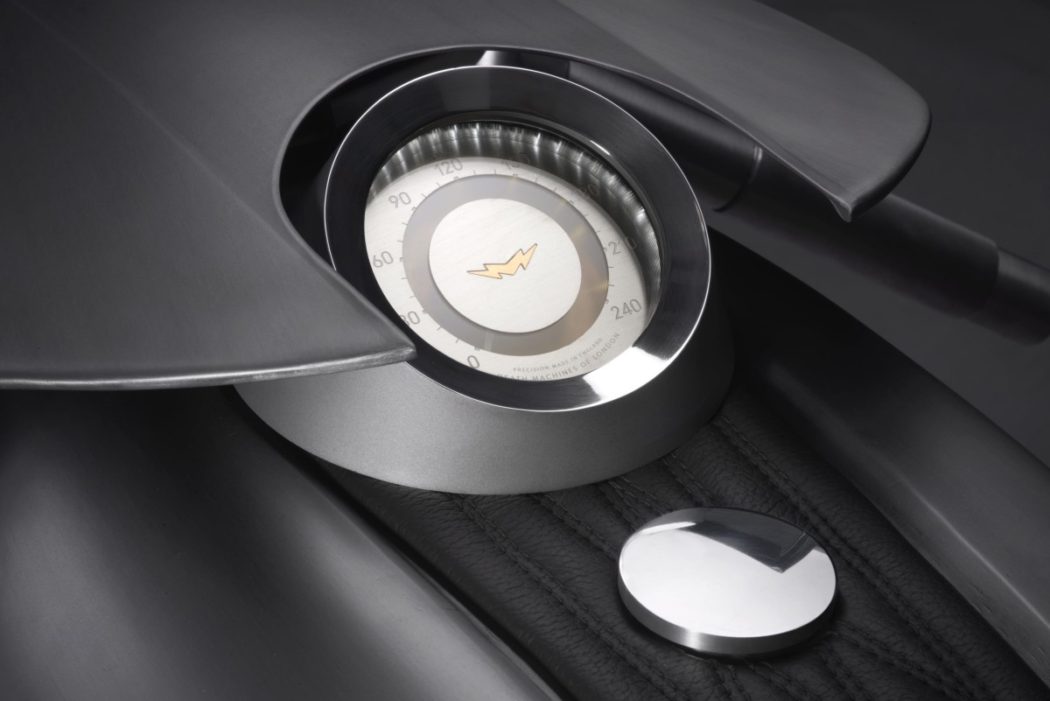 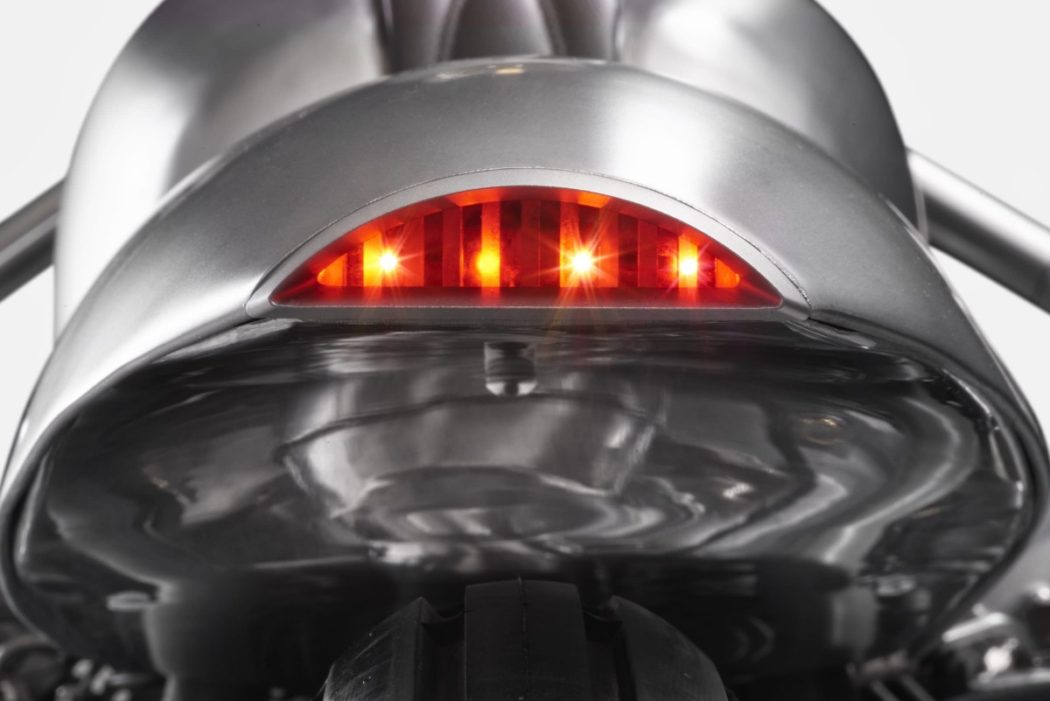 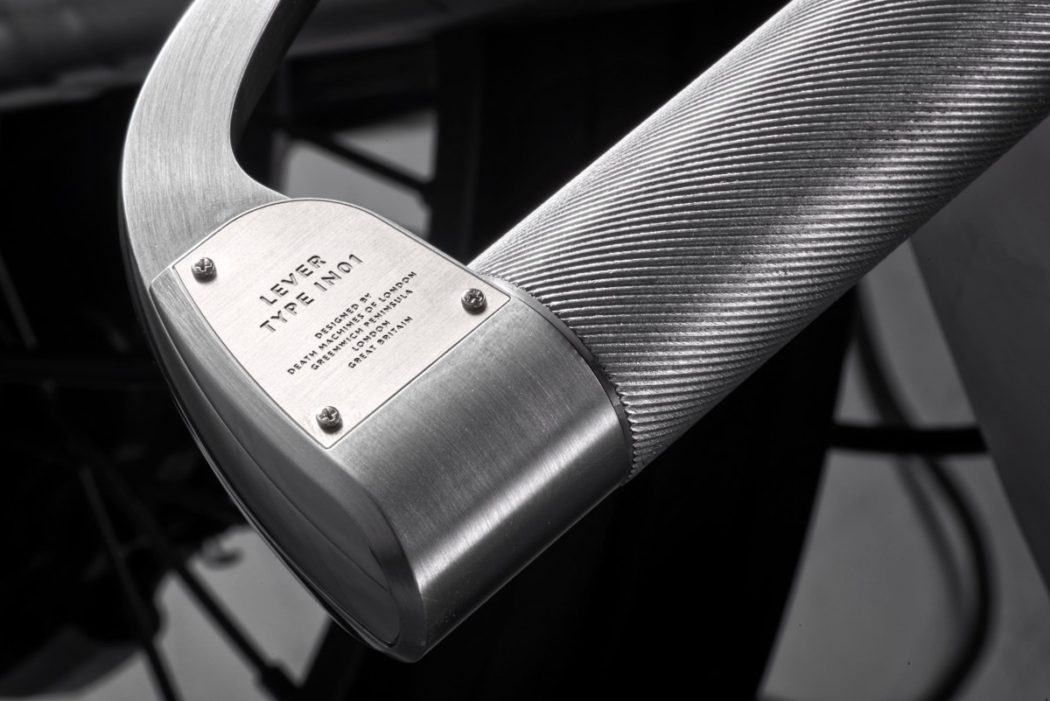 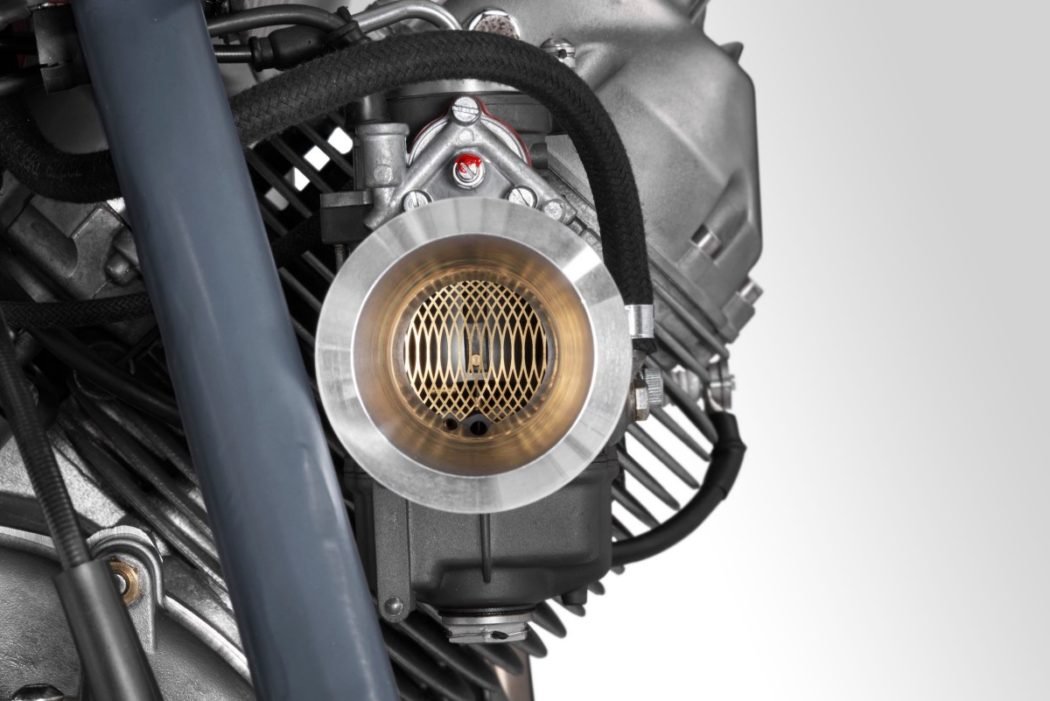 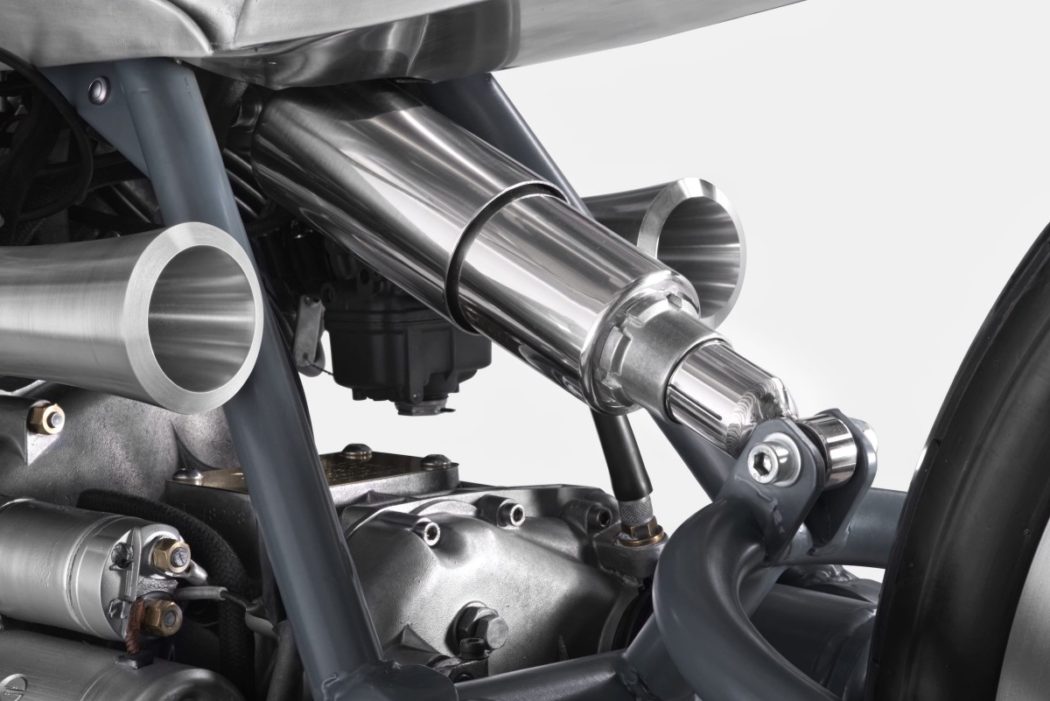 Death Machines of London Airforce is a Moto Guzzi Marvel

Even though Moto Guzzi and its products are themselves quite cool, they can’t really hold a candle to one of the company’s co-founders, Giovanni Ravelli. Ravelli was both a motorcycle racer and had served as a fighter pilot during World War I. So it seems appropriate that James Hilton – who runs the custom bike shop Death Machines of London – would lead the creation of an Art Deco and aircraft inspired Moto Guzzi dubbed Airforce.

Starting with a crashed 1982 850 Le Mans Mk. 2 rescued from an Italian backyard, the Death Machines of London team rebuilt the longitudinally-installed 844cc V-twin and fitted it with custom intake and exhaust setups, the former featuring a pair of 36mm Dell’Orto carburetors. The stock rear swingarm was replaced with one off a Moto Guzzi California (which was itself modified with a unique monoshock cantilever arrangement), while the front end is a highly modified Aprilia RS250 setup. Other cool parts include Brembo brakes and custom clip-on tubes, grips and levers. And let’s not forget that spectacular brushed aluminum bodywork, which was shaped the old fashioned way using hammers and other hand tools to mash it over wooden bucks. We think Signore Ravelli would approve.

Did we mention the ignition key is a modified 1/4″ electric guitar plug, or that the Airforce is currently for sale for about $97,000? Well now we have.