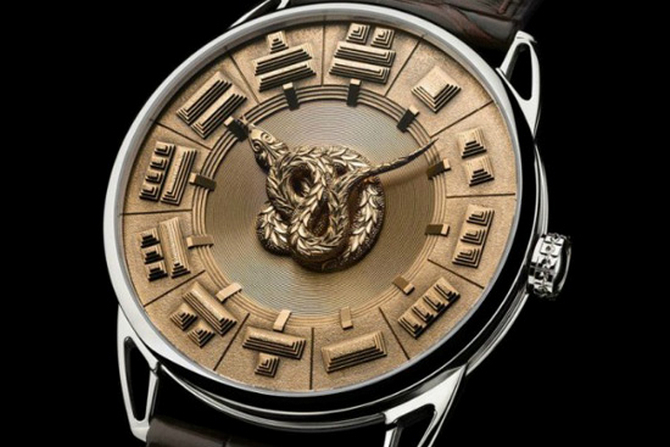 While they might not get as much mainstream recognition as the ancient civilizations of Greece, Rome, China and Egypt, the three dominant ancient civilizations of Central America – the Aztec, the Maya and the Inca – nevertheless left significant and far-reaching marks on the fabric of human history. And now Swiss watchmaker De Bethune has taken some of the architecture and mythology of the region’s first inhabitants and condensed it down into convenient watch-sized form. 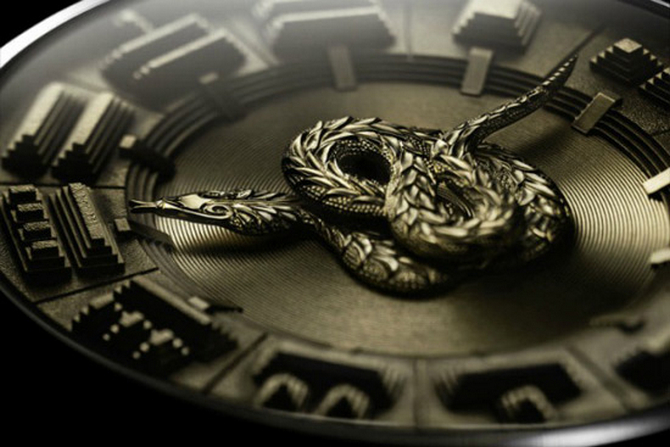 Officially known as the De Bethune DB24 Quetzalcoatl, this striking 44mm timepiece (designed by Michael Roten) features a series of pyramids around the edge of the dial – which is sculpted from pure gold – rather than numbers or numerals, while the head and tail of Quetzalcoatl (literally “feathered serpent” in Aztec and believed to be the god of time and the protector of artists and jewelers) takes the place of conventional hour and minute hands. The fearsome snake’s movements are governed by a De Bethune Caliber DB2005 self-winding movement. Just 20 of these incredible watches will be made, priced at about $120,000 each. And unlike the cultures that inspired it, once production ends, there won’t be any ruins for you to go and visit. 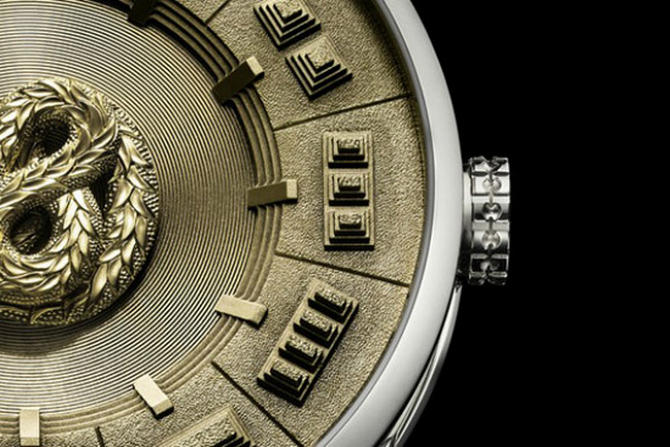