For Ladies By Ladies… Introducing the Dartz Prombron Iron Diamond 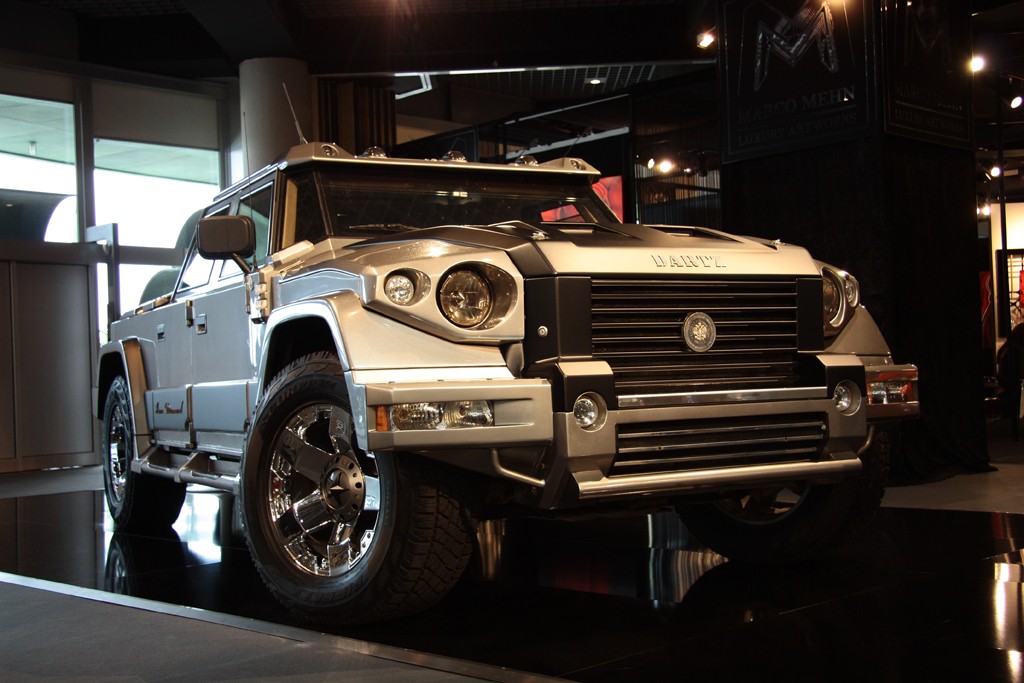 Billed as the ‘World’s First Safety Uberluxury Vehicle’ for ladies only, Russian-based, armored SUV maker Dartz has done it again. Their last offering, the Prombron, made waves around the world for its use of whale penis foreskin as super supple “leather” for the interior (no we’re not kidding). Now they have unveiled a special edition of that very same vehicle, known as the “Iron Diamond” edition, specifically for the fairer species.

Looking about as feminine as Brock Lesnar in the Octagon, this “dainty” Prombron is shorter than the other models for easier maneuvering, features 8 cameras for greater visibility and ease of parking and, of course, is bulletproof. If that isn’t enough, the company makes the radical modification of removing the left passenger door on the outside chance that a robber might spring open the vault and grab madam’s handbag. 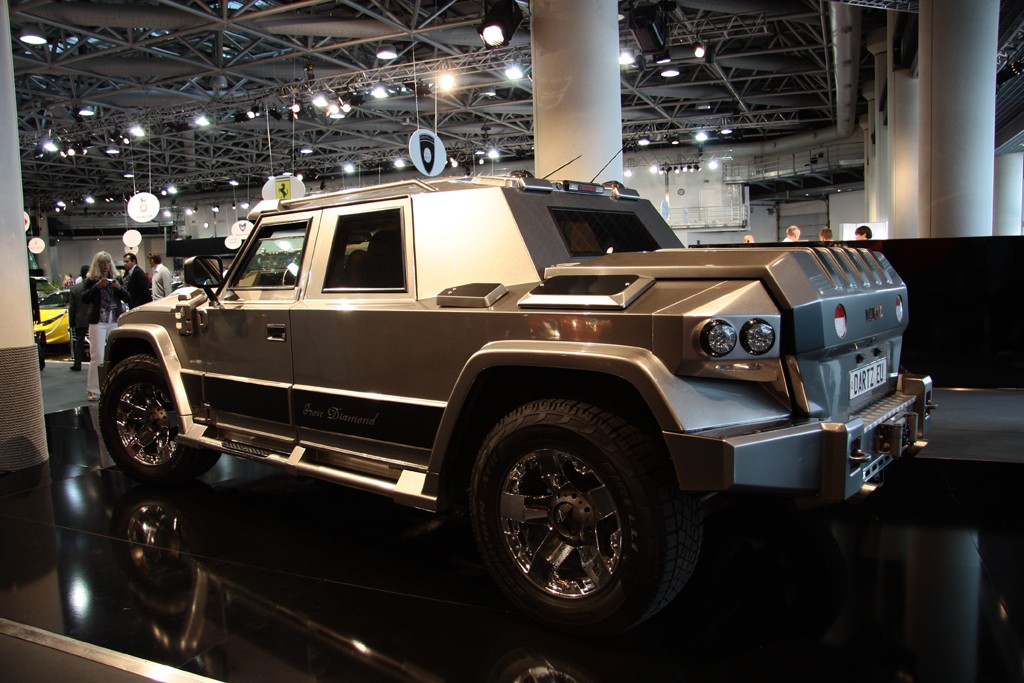 While men may prefer whale penis interior (what man wouldn’t), women are offered their choice of 10 interiors including snake, crocodile, elephant skin or even skat (say what?). And I’m sure there are a few endangered species tossed in there as well for greater ‘exclusivity’. For all you suburban matrons rushing to place your orders, please be advised that the Dartz Prombron Iron Diamond shown here has been spoken for by an heiress from the Kazakh oil empire. Whoever said this site was too male-centric?