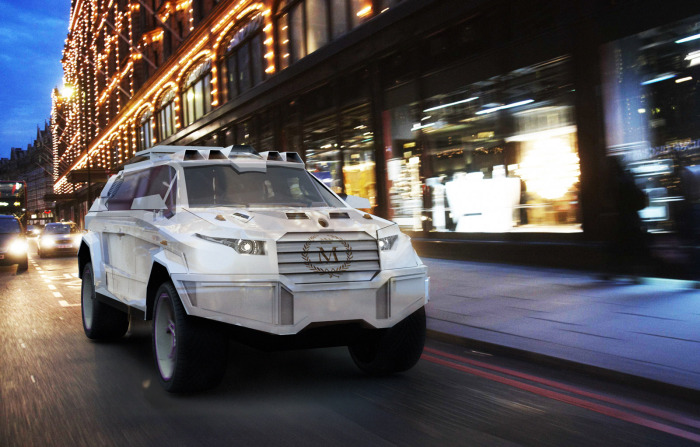 When regular ol’ mass produced luxury SUVs have got you feeling down (Don’t feel embarrassed, it happens to the best of us…), there’s no better way to lift your spirits than to think of the crafty Latvia-based Russians at Dartz and their over-the-top urban assault vehicles. And the newest creation to lumber out of the Dartz workshop – the Prombon Black Shark, named for the Russian military’s Black Shark attack helicopter – might just be the most extreme one yet. 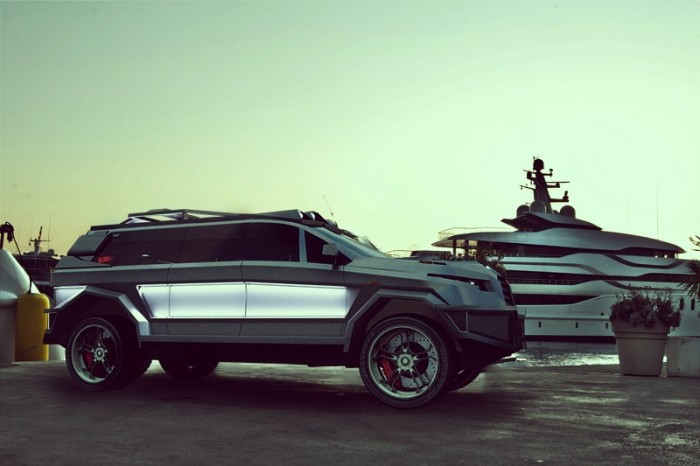 Built on the highly-modified bones of a Mercedes-Benz GL-Class, the Prombon Black Shark is offered with a twin-turbo V8 or a twin-turbo V12 (the latter producing up to 1,500 horsepower), both, one would assume, also sourced from Mercedes-Benz. Such steel-wool-chested powerplants are necessary to propel a vehicle so laden down with not only luxury features, but also security features like B7-grade armoring, a body made from titanium and Kevlar (to thwart magnetic mines and other devices), electrochromatic windows (which go from clear to opaque at the touch of a button), an electric shock system and fingerprint- and retinal-scanner access controls. There’s even a system called Vigitron to make sure your driver is awake and alert. And to cap it all off, most of the aforementioned systems (and others) can be controlled through one of the two Vertu smartphones included with the purchase price. 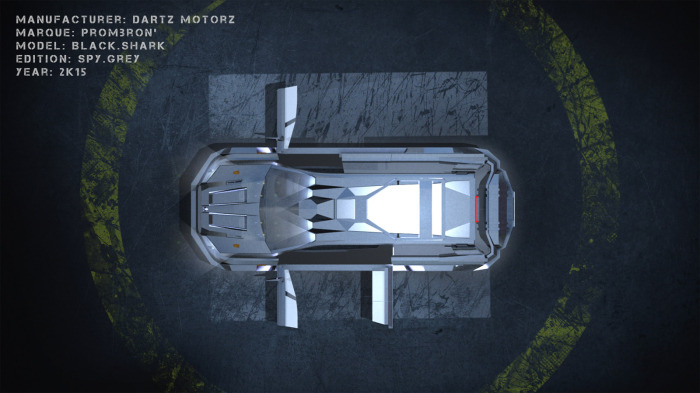 As for the exact price one of these planned 10 beasts will command, Dartz boss Leonard F. Yankelovich will only say that a Bugatti Veyron owner will feel “like a beggar” around a Prombon Black Shark. In other words, bet on a figure that reaches so deep into seven figures you’ll be asking why it didn’t buy seven figures dinner first (HEY-O!)… 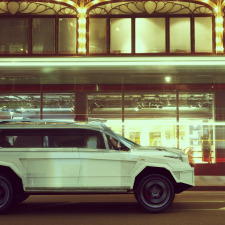 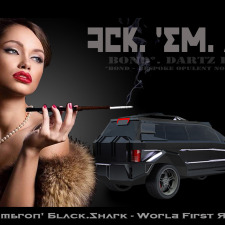 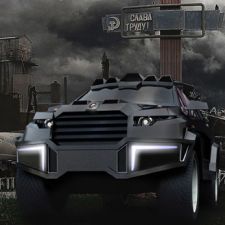 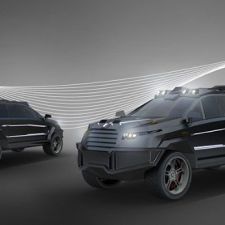 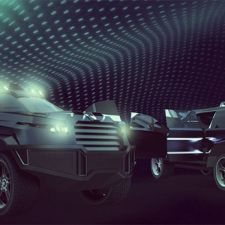