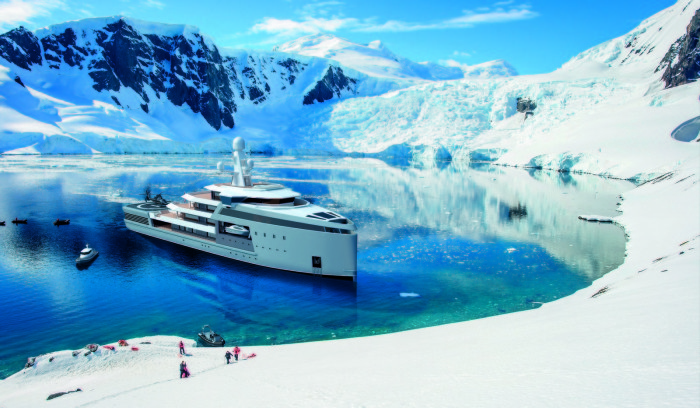 Other than the near-constant threats of hypothermia, starvation, gangrene and getting eaten by the local wildlife (or, if the bleepity-bleep really hit the fan, your fellow travelers), being an early 20th century polar explorer sounds like it would have been pretty neat. The idea of trekking to the top or bottom of the planet, where no humans had trekked before, encountering sights and species that perhaps no one else ever had, is rather awe-inspiring even today. But there are better ways to navigate earth’s northern- and southern-most latitudes nowadays, and the Dutch shipbuilding firm DAMEN might have just come up with the best one yet. 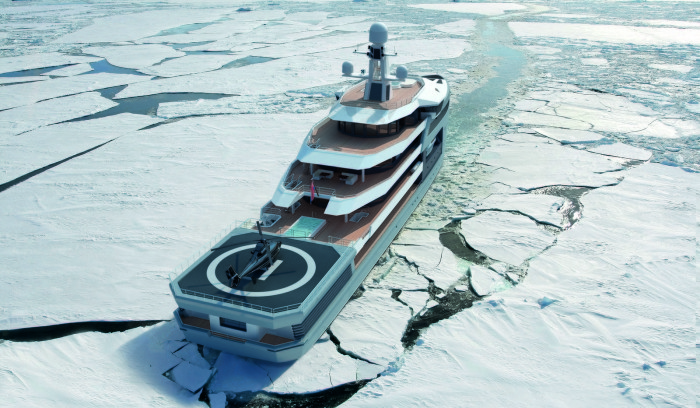 Called the SeaXplorer and offered in lengths of 65, 90 and 100 meters (or about213, 295 and 328 feet), this talented family of megayachts combine the opulence of conventional yachts with the ruggedness and preparedness of an icebreaker. Thousands of hours of designing, researching and testing hull models in tanks filled with water in varying degrees of iciness led to the shape you see here in the official renderings. The tall, vertical and almost entirely enclosed bow is hardly conventional yacht fare, but it’s needed to power over and through ice sheets several feet thick. What’s more, DAMEN says a SeaXplorer can carry enough fuel and supplies for voyages of 40 days in duration, which is ideal when you’re venturing hundreds (if not thousands) of miles away from the nearest suitable port. 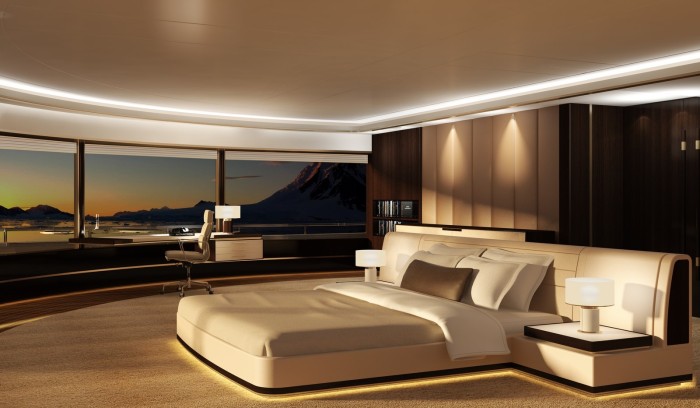 Yet for all the machismo this vessel brings to the table, it still manages to have a soft side for its crew and guests. Vast open decks with fire pits and hot tubs, roomy and inviting common areas and palatial staterooms and suites make it proper floating resort. And if you decide to disembark to go examine the local geography up close and personal, the SeaXplorer range is capable of carrying a variety of tenders (including ones for supporting diving activities), diving equipment, a decompression chamber, and gear for getting around on land and/or ice. Oh, and there are not one but two helicopter pads! Somewhere, Robert Peary is harrumphing at all this modern decadence, to which we say “Harrumph away, Rear Admiral…” 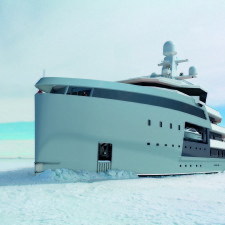 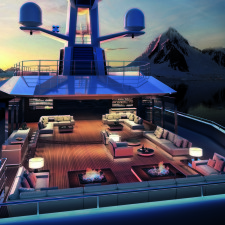 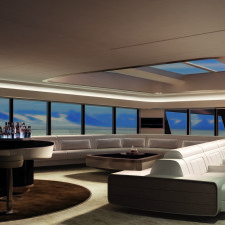 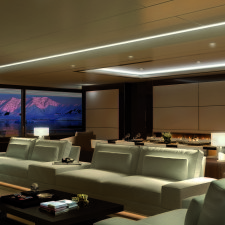 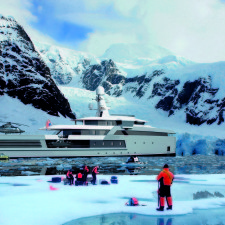