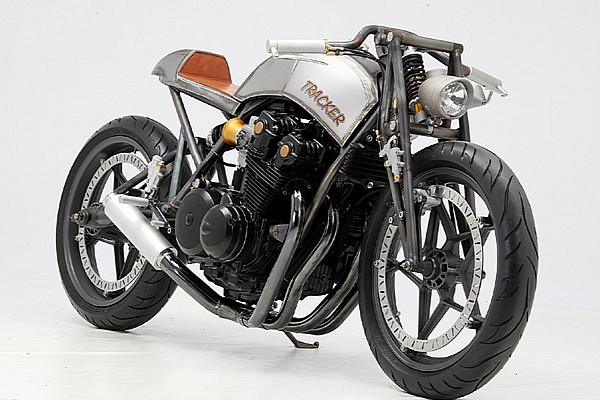 When Honda introduced the CB900F in 1979, it marked the company’s first response to the twin-cam, four-cylinder superbikes from the likes of Yamaha, Kawasaki and Suzuki. Yes, it was down about 100cc to those competitors, but thanks to a max output of 95 horsepower, its performance wasn’t off by that much. From its introduction until 1983, the original CB900F (known as the Bol d’Or in Europe, after the famous French endurance road race) gave two-wheeled performance fanatics a very compelling reason to visit their nearest Honda dealer.

It is upon this classic platform that German custom shop Custom Wolf has built a limber, low-slung streetfighter. It’s called the Rau Tracker 2 (“Rau” being the German word for rough or raw), and it might have managed to make paint obsolete. 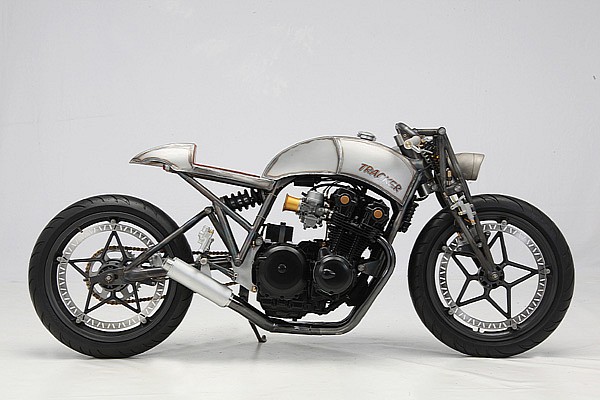 The highly-modified frame rides on a girder-type front fork and a custom rear swingarm. Steering is handled by clubman-style handlebars with end-hinged brake and clutch levers. Those brakes, incidentally, are rim-mounted Buell units, and they (along with the Sebring muffler and, obviously, the 901cc air-cooled inline-four Honda engine) are pretty much the only off-the-shelf parts; the rest is custom-fabbed by Custom Wolf. 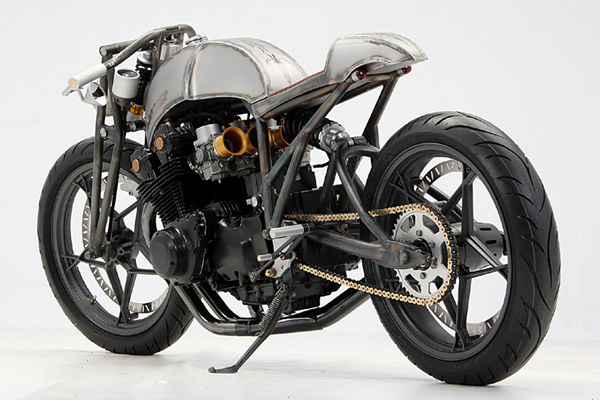 Those custom bits include the arched gas tank, the simple leather-covered seat and streamlined tail section. And other than “Tracker” lettering on the tank and some pinstriping, the hand-formed bodywork is bereft of paint. The rest is just sprayed with clear coat to show off the welds and prevent corrosion. Now you know where they got the “Rau” in the name.

While some folks might find it tempting to call this a “rat rod bike,” we don’t. It doesn’t have any pretensions of wear or patina; rather, it’s showing off the craftsmanship and the work of the human hands that made it. It’s also a look we’d like more custom motorcycle (and custom car, for that matter) builders adopt. 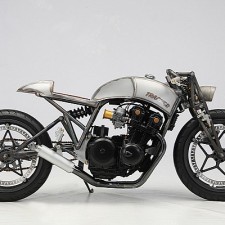 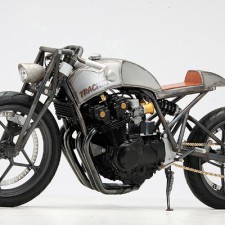 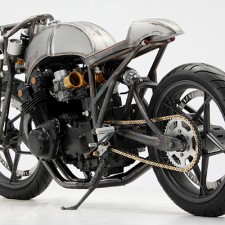 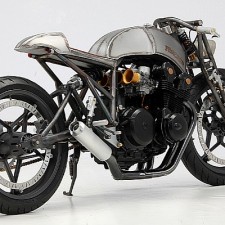 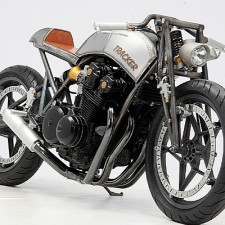 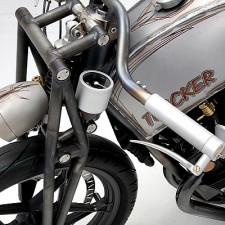 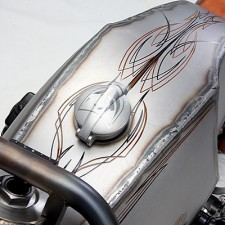 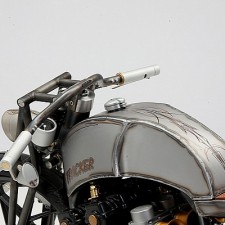 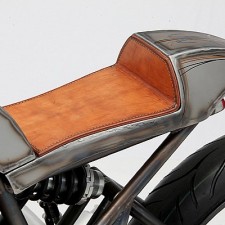 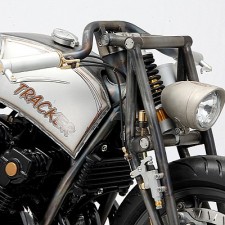 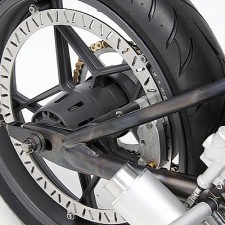 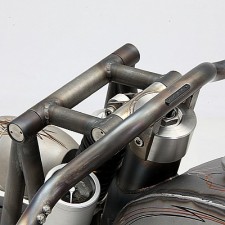 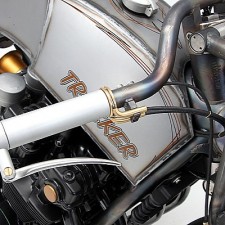 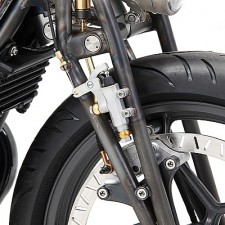 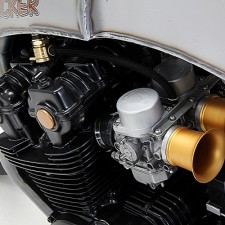