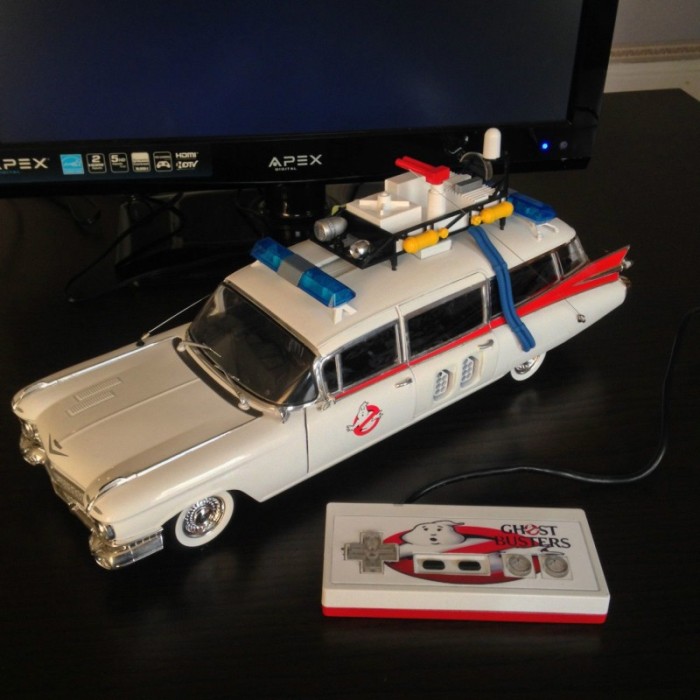 Although we don’t remember them as well as we do the 1990s, we nevertheless harbor a fair bit of nostalgia for the 1980s. And two of the biggest, most enduring names in entertainment and pop culture to emerge from that decade are the Ghostbusters movies and the Nintendo Entertainment System (or if you’re hip to video game lingo, NES). How cool would it be if someone combined these two iconic properties in some way that wasn’t a video game (Three such games were available for the NES, so sayeth the never-ever wrong Wikipedia.)? 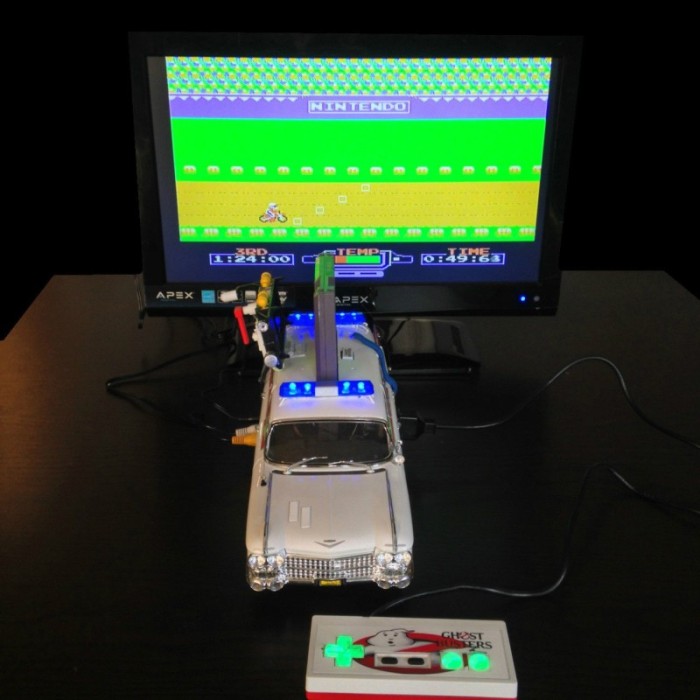 Well, Ultimate Customs, a Massachusetts-based modifier of old video game consoles, has managed to do exactly that. This one-of-a-kind creation started life as a Hot Wheels 1:18 scale die-cast model of the Ghostbusters’ ECTO-1, their heavily-modified 1959 Cadillac ambulance. Ultimate Customs subsequently disassembled the model, gutted the interior, and installed a set of aftermarket reproduction NES innards from Retrobit. The two controller ports (for the two matching custom, lighted NES controllers) reside in the driver’s side rear door, while the roof rack and the equipment atop it flips up to reveal the cartridge port. The front and rear blue lightbars also illuminate via LED. Now for the best part: This thing is up for grabson eBay! Sure, it isn’t exactly cheap (Bidding is at $660 as we write this.), but as we said before, it’s one-of-one, and it will play any original NES game (though the seller is quick to point out that Retrobit hardware tends to make the graphics appear a bit fuzzier than does the original Nintendo componentry). We suggest checking the pockets of your acid-washed Jordache jeans for loose change pronto! 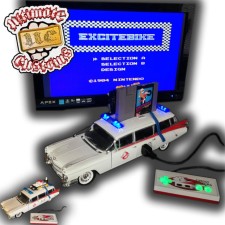 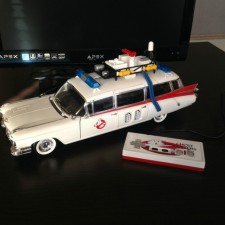 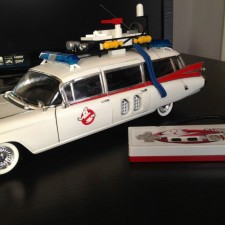 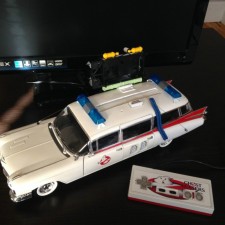 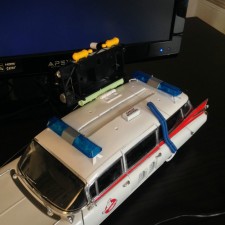