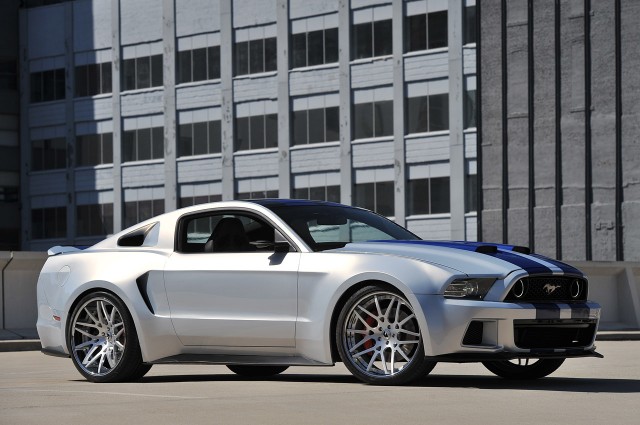 The Ford Mustang has been cast in the lead vehicular role for multiple high profile movies over the years: Bullitt, Gone in 60 Seconds (the original and the remake) and A Man and a Woman all spring to mind. This popularity isn’t all that surprising, for almost every generation of Mustang possesses many of the attributes casting directors look for in human actors, like good looks, power, charisma and being considered relatable by the audience. It’s the quintessential leading man (or in the case of Eleanor, leading lady) of the motoring world.

And next spring, there will be another high-profile movie that will prominently feature Ford’s most prolific showroom traffic generator. But because of which video game series this new flick will be based upon, the supporting cast will be rather impressive, too. Which video game series would that be? Need for Speed, of course. 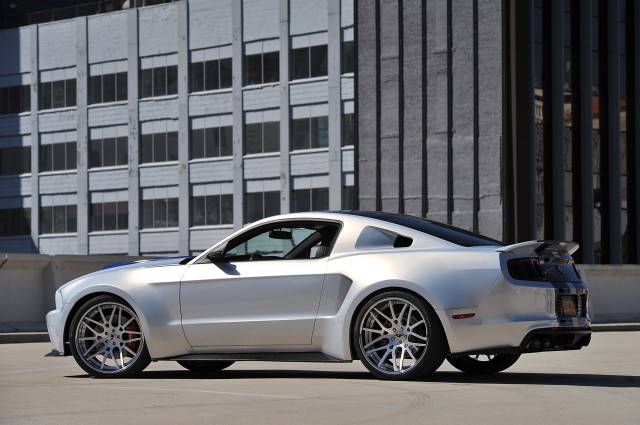 Starting with a current Shelby GT500, a team of customizers performed a widebody conversion that manages to look bold and futuristic without completely masking the inherent Mustang-ness of the shape. The new front fascia features multiple massive cooling ducts and a Mustang GT grille insert with LED “halos” in place of the driving lights. The hood features a pair of (nonfunctional) scoops, and the rear quarter windows have also been replaced by (also nonfunctional) scoops. The side view mirrors have been replaced by cameras (that are, you guessed it, nonfunctional). And the whole kit-and-kaboodle has been painted in a subdued shade of silver with dual blue stripes down the top side, and it rides on fat 22” Forgiato wheels. 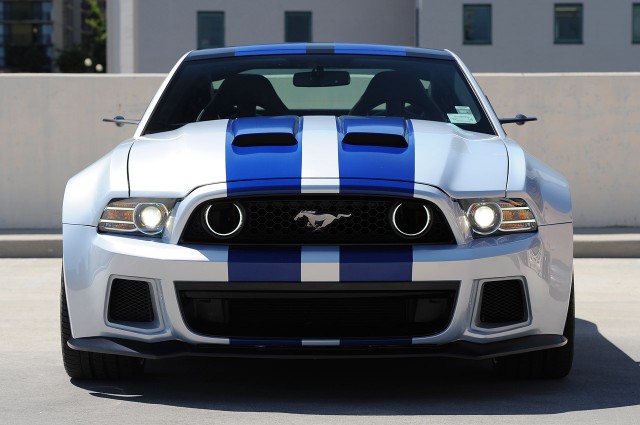 Inside, this pony is much closer to stock. A short-throw shifter from Ford Racing is used to change gear in the 6-speed manual transmission, and the rear seat has been removed in favor of a tubular steel x-brace (also from Ford Racing). The fact that these changes are so limited in number may seem a bit disappointing, but considering Need for Speed is a movie about street racing, it actually injects a bit of realism into what’s otherwise a pretty fanciful flick (Seriously, not even the most unstable of obscenely rich guys from the real world – Middle Eastern oil sheikhs, Russian mob bosses, you name it – would drive their McLaren P1, Lamborghini Sesto Elemento or Bugatti Veyron Super Sport in a fender-banging 200+ mph street race.); after all, two LCD monitors for each passenger and an umpteen-thousand watt sound system capable of taking eardrums straight from a solid to a gaseous state will only slow you down due to the extra weight. 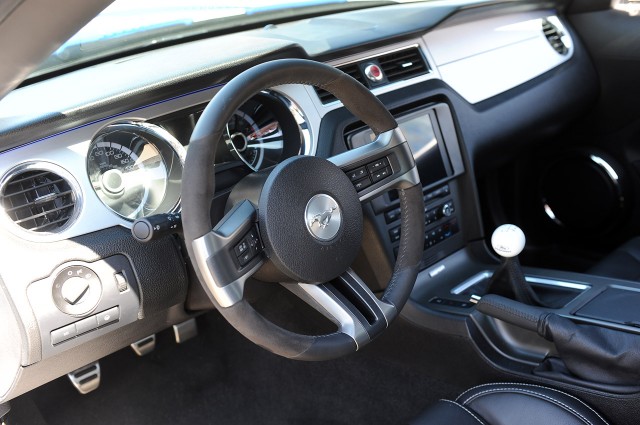 And fast this baby will go, even though it doesn’t have the 900 horsepower the script calls for; the supercharged 5.8L V8 remains untouched, meaning it makes “just” 662hp like every stock 2013 or ‘14 GT500. Having said that, we’re sure that’s still more than enough to terrify Aaron Paul, the actor playing its driver. Other characters will be portrayed by the likes of Dominic Cooper, Imogen Poots and Michael Keaton, while directorial duties are being handled by Scott Waugh. The film is due to hit theaters on March 14 of next year, about four months after the latest Need for Speed video game, Need for Speed: Rivals, drops on November 19.

Yes, we know, movies based on games tend to suck like two-light-year-wide black holes, but we’re willing to give Need for Speed a chance, particularly since Electronic Arts – the studio that birthed the game franchise – seems to be taking an active role in the creation of it. Besides, it can’t be any worse than Redline… 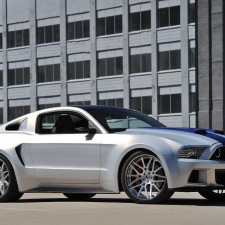 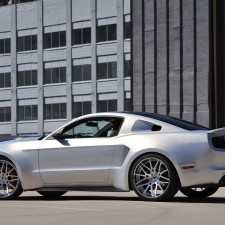 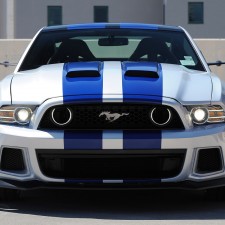 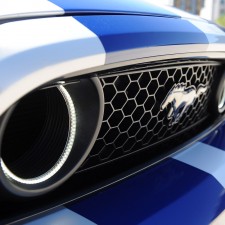 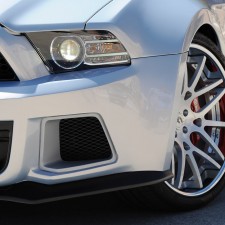 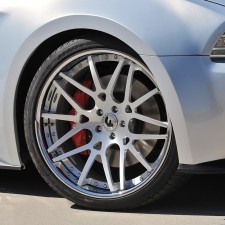 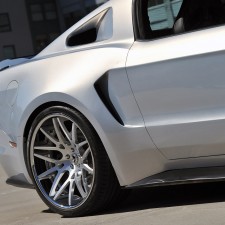 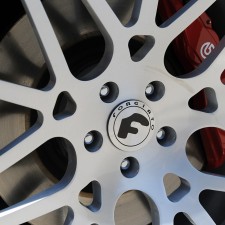 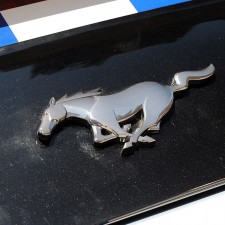 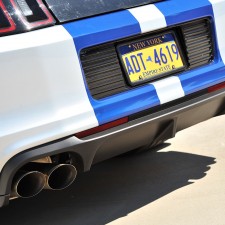 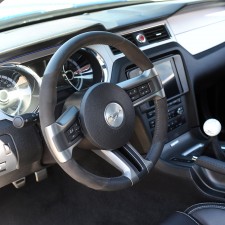 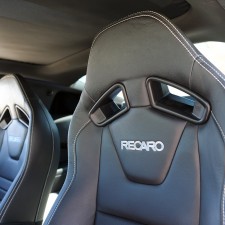 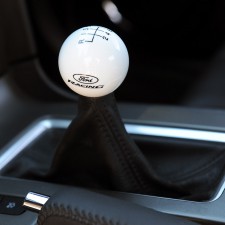 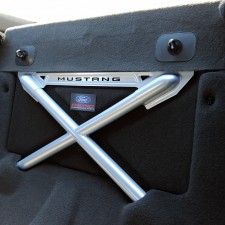