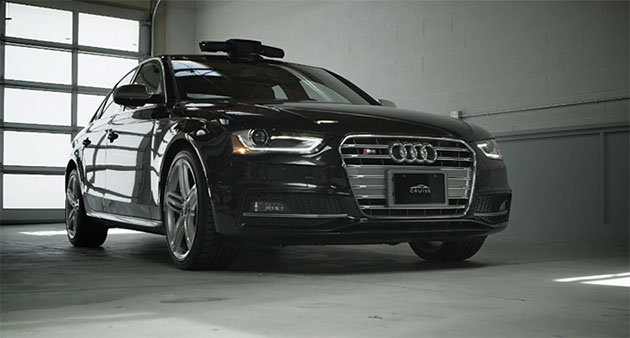 One of the most hotly-contested races in the auto industry today is the race to bring the first fully-autonomous (read: self-driving) car to market. Even non-automotive companies – chiefly Google – are getting in on the robo-chauffeur-tech-development action. Granted, the laws and regulations in most places around the world still have catching up to do but, make no mistake, it’s not a question of if autonomous cars become widely available to consumers, but when. 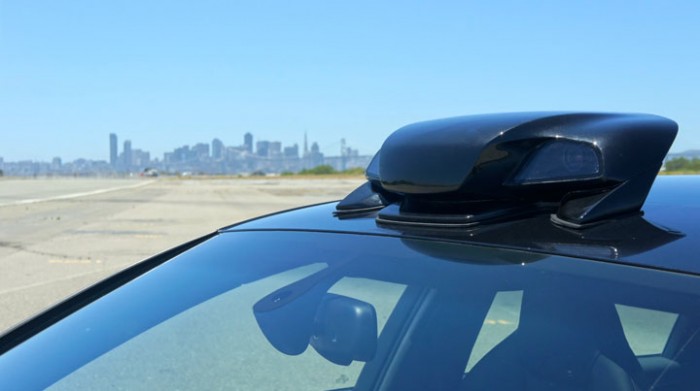 But what if you didn’t have to buy a new car to get the ability to let it do the driving for you? That’s the idea behind a startup company called Cruise and its RP-1 system. Unlike most current cars that have been retrofitted with self-driving hardware and software, the RP-1 aims to be compact and easy to use. The roof-mounted Sensor Pod features stereo cameras, a radar antenna and other gizmos that allow the system to observe its surroundings. Those observations are then interpreted by a remarkably small computer “brain” mounted in the trunk, which then instructs the steering, brakes and throttle to respond accordingly.

While we’d like to see more than a highly-polished demo video of a current-gen Audi A4 that may or may not actually be driving itself (Notice how you never see the hands of the lady behind the wheel when the car is moving.), it certainly sounds like a neat concept. After all, we love the act of driving as much as any gearhead, but there are times when we’d just like to be able to buckle in, recline the seat a bit, and just relax, leaving technology todeal with the often-erratic and frequently-belligerent behavior of our fellow motorists. Is that really too much to ask?