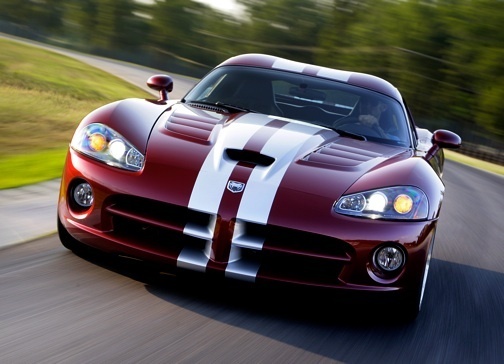 The April 2010 issue of Consumer Reports has dropped, and the cover story looks at the best and worst of this year’s new car, truck and SUV market. The fine folks of Consumer Reports put dozens upon dozens of vehicles through their rigorous testing regimen at their private test track in East Haddam, CT, so it’s no surprise there was far from a dearth of data to comb through when the time came to determine the picks (and runts) of this year’s litter. So which rides floated the testers’ boats?

As far as performance is concerned, it shouldn’t surprise anyone that the kings or acceleration, braking and emergency lane change speed (i.e. handling) were all thoroughbred sports cars. The Dodge Viper SRT10 was tops in the acceleration category, with its cosmically-powerful 8.4L V10 flinging the car from a dead stop to 60 mph in 4.2 seconds. When it came to stopping from 60, the Porsche Boxster was the champion, taking just 112 feet to come to a standstill. Finally, when it came time to turn quickly, it was another Porsche – this time the 911 Carrera S – bringing the laurels to Stuttgart. The hottest rear-drive 997 not containing “GT” in its name danced through the cones at 59.5 mph.

Which vehicles came in last in the categories listed above? The tiny, fussy-gearboxed Smart ForTwo Passion meandered to 60 mph in 14.2 seconds, the Chevrolet Silverado 2500 HD traveled 171 feet before coming to a halt from 60, and the Hummer H2 tippy-toed (assuming a machine of such girth is capable of such a thing) through the lane change maneuver at 44 mph. Granted, expecting these vehicles to go, stop and turn with pure performance cars is like expecting a rubber spatula to be just as good at mining coal as some strategically-placed C4 charges, but hey, knowledge is power.

And speaking of knowledge, you’d probably like to know what the highest-rated vehicle of 2010 is. Was it a family-friendly crossover? A dull-but-dependable midsize sedan? A clean green hybrid? No, no, and no: The best of the best, scoring 99 out of a possible 100 points on its test, was the Lexus LS 460L. Consumer Reports testers were smitten with the extended-wheelbase luxobarge’s plush, roomy and exquisitely-crafted interior, copious amount of easy-to-use tech toys, and impressive-for-the-class 21 mpg real world fuel economy. Considering the black eyes Lexus and parent company Toyota have been receiving of late, the fact that their luxury flagship has so impressed the hardened, unbiased reviewers of Consumer Reports is something to smile about.

For more top picks, check out the 2010 Auto issue of Consumer Reports.