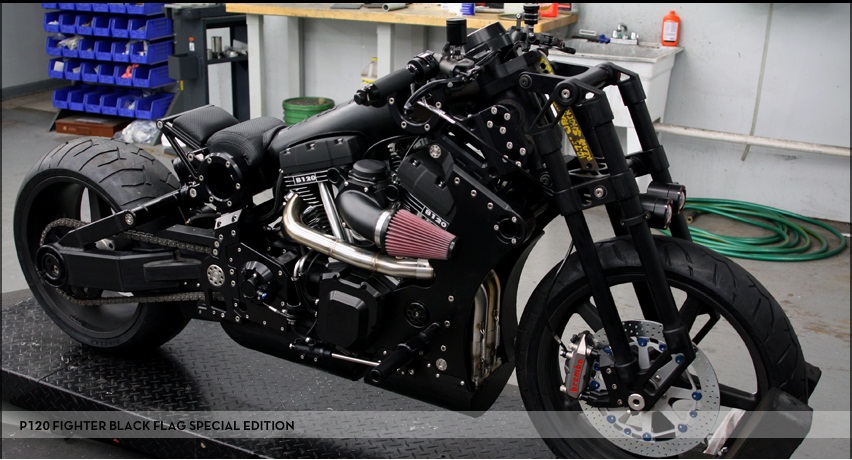 When most people think of the word ‘confederate’, many things percolate, including the Civil War. But for motorcycle enthusiasts, Confederate Motorcycles should be top of mind. This company has been building, literally, weapons grade motorcycles for almost 20 years. Originally based in Louisiana, the company was forced to take refuge in Alabama when they barely survived Hurricane Katrina. Confederate’s latest offering, the P120 Black Flag, is a solid effort to say the least.

The P120 Black Flag is a sinister take on the company’s P120 Fighter. They both share the same monocoque frame, side plates, and fuel tank made from 6061 aluminum. In plain English, it means that the entire motorcycle is made from aircraft-grade materials. Unfortunately, this bike won’t be armed with machine guns and guided missiles. But, at least, it is armed with the 120-cubic-inch V-twin engine used on the P120 Fighter which produces an earth trembling 160hp and 135 lb-ft of torque. Needless to say, this motorcycle will move you in every way possible. 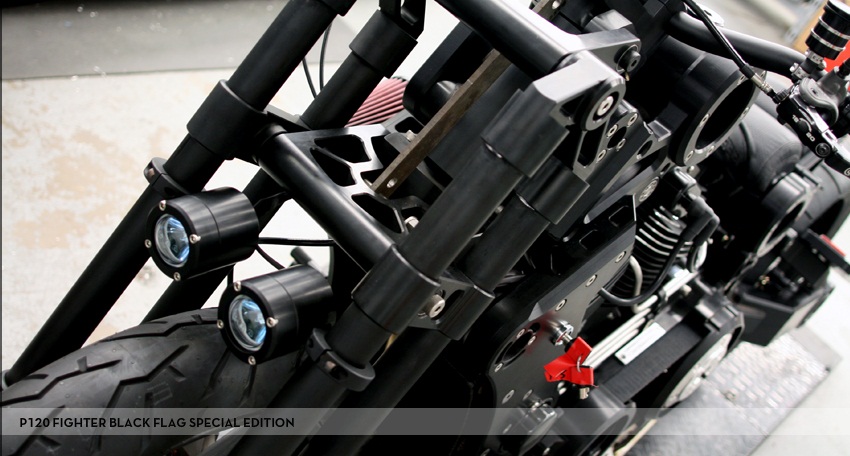 As one would expect, the Confederate Motorcycles P120 Black Flag will only come in black. Pricing for this motorcycle has not yet been released. But, maybe you will save some money by telling your insurance company that your motorcycle is almost indestructible when you buy one. Regardless of the situation, this bike will be quite pricey since only 50 examples with be built. 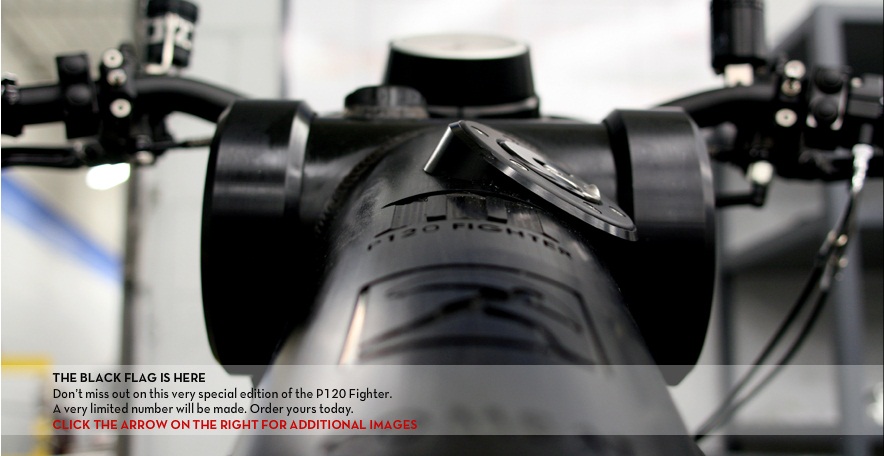 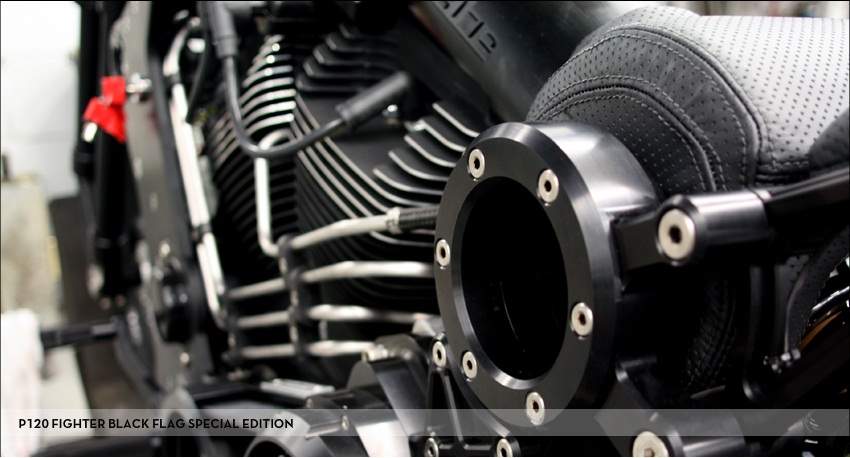