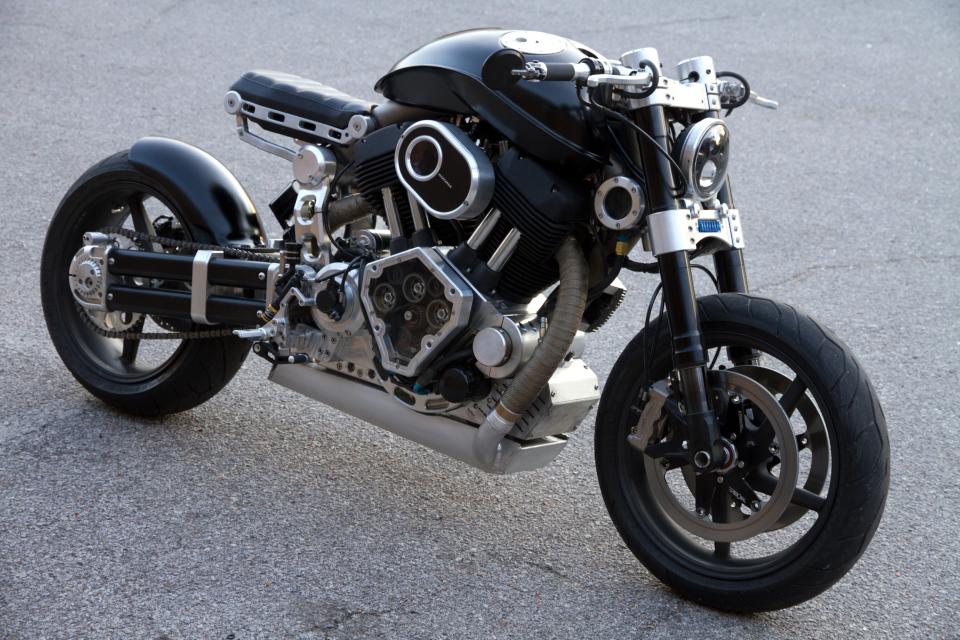 Thanks in no small part to fewer parts and less stringent safety and emissions regulations, there are far more independent motorcycle manufacturers in this country than there are independent car manufacturers. And one of the hottest small bike builders in America is Confederate Motorcycles. For over 20 years, founder and CEO H. Matthew Chambers and crew have been churning out lithe, muscular chopper/street fighter halfbreeds from their factory.

And for much of the company’s history, the cornerstone of the lineup has been the Hellcat. Named after Grumman’s F6F Hellcat fighter plane from WWII (a plane which, incidentally, our late great uncle flew to great effect against the air and ground forces of Imperial Japan), Confederate rolled out its first Hellcat in 1996. Five years later, production of the first gen Hellcat ended after about 499 more were produced. The second gen Hellcat arrived in 2003, and roughly 75 of those were produced. Now the third iteration of the Hellcat – the X132 – is here, and it’s arguably the most thoroughly Confederate Motorcycles bike yet. 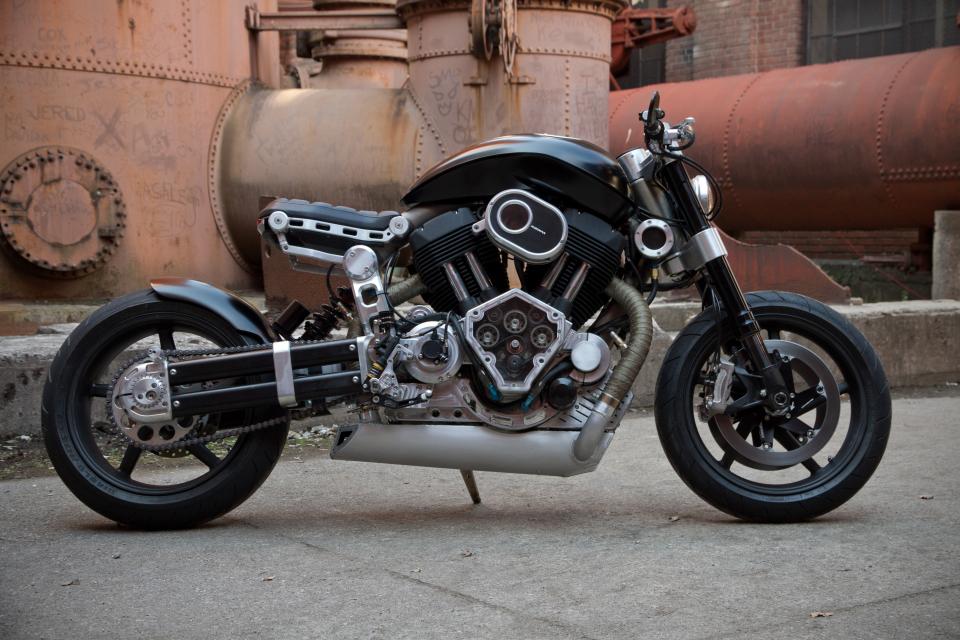 Unlike Confederate’s previous motorcycles, the Hellcat X132 features a drivetrain that isn’t shared with any other bike. But it’s not just any powertrain; designed by the V-twin gurus at S&S, this baby integrates the 132 cubic inch (2,163cc) V-twin engine and close ratio 5-speed gearbox into a unified, two-piece case that’s been CNC machined from a 400 lb. billet of aircraft grade 6061 aluminum. Confederate claims the powerplant is good for at least 132hp and 150 lb.-ft of torque which, when coupled with a claimed 500 lbs. weight, should translate to scorching performance.

Of course, in fine Confederate Motorcycles tradition, the visuals are also fiery. The long rear swingarm puts most of the bike’s visual weight (if not its actual weight) forward, and the short seat appears to hang off the back of the rounded 4.75 gallon gas tank. The engine’s front cover (which faces the bike’s right side) is transparent, exposing the camshaft and accessory drive gears and the toothed serpentine belt for all to see. Below the powertrain sits the large, flat exhaust system, while the unfaired front fork houses a composite lighting unit that resembles the face of a sci-fi robot. The whole thing is a piece of art. 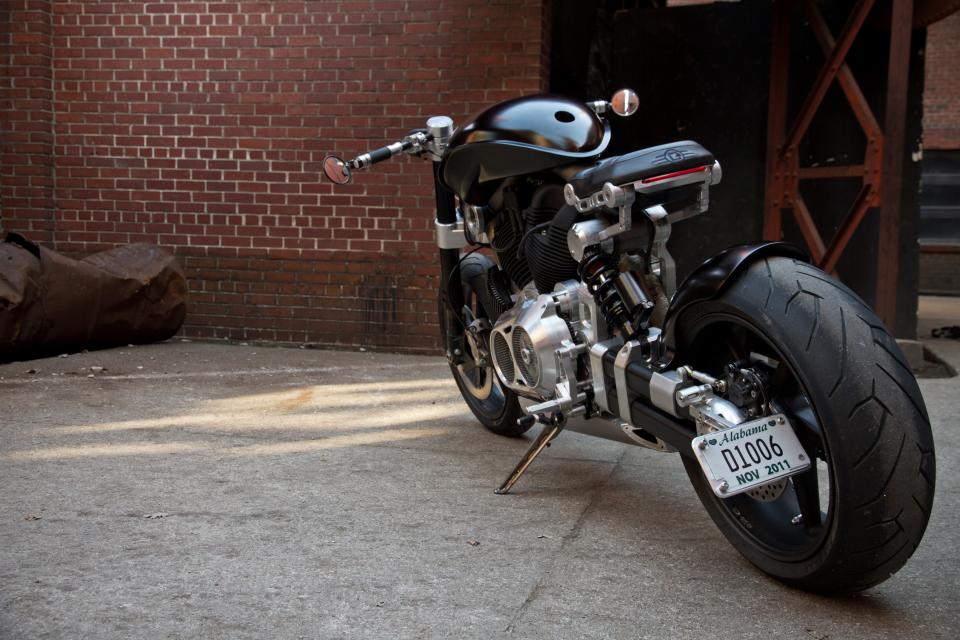 And since it’s a piece of art, it shouldn’t come as a huge surprise that the X132 Hellcat is also priced like one. Confederate Motorcycles has given the bike an introductory base price of $45,000, but that will increase to $49,500 after March 1st of next year. That special introductory price also includes every regular option and accessory, making it an even more significant discount.

Don’t get us wrong; forty-five grand is still a lot of scratch for a motorcycle, but only 164 X132 Hellcats are scheduled to be built in calendar year 2012, so at least chances are slim you’ll be parking next to another one at your favorite roadside café. Still, even if it was mass produced using mostly robot labor, we’d still be happy to park one in our garage. Actually, strike that; it looks so awesome, we’d definitely park it in the living room.