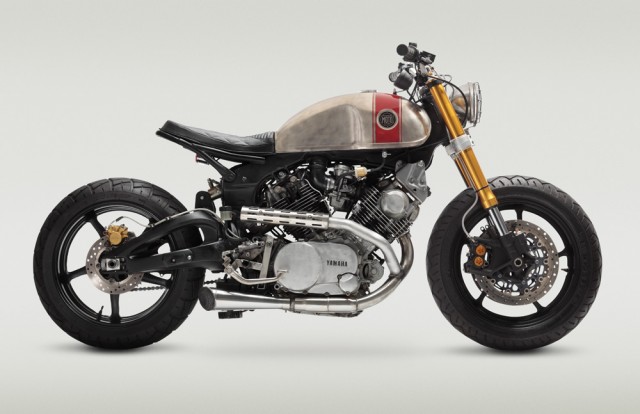 The Yamaha XV920R (which was only offered in the U.S. for two years, 1981 and ‘82) was, when new at least, an acquired taste. The rear end styling – particularly the mounting of the rear fender – was unusual at the time, and didn’t find very many fans. And the performance, despite packing a beefy air-cooled V-twin, wasn’t all that spectacular, at least in stock form.

However, John Ryland and the crew at Classified Moto have managed to fix the XV920R’s shortcomings. In fact, it manages to leave the awkwardness of the factory original far, far behind. 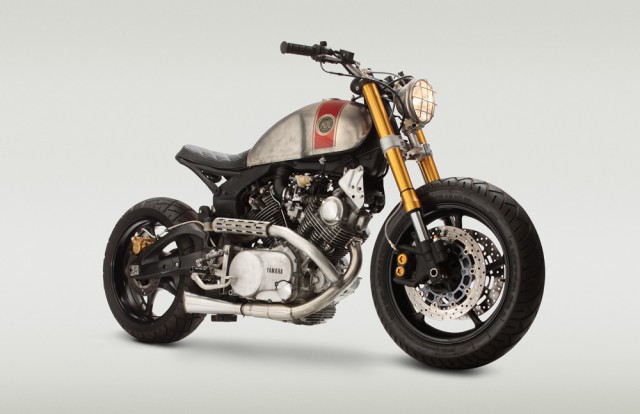 A 2008 Yamaha R6-R surrendered its complete front end (including the wheel) for this project, while the rear wheel and swingarm comes from an R6-S. The rear subframe was trimmed and topped with a solo seat trimmed in diamond-quilted leather. Throw in a different gas tank, off-road style handlebars and a custom digital gauge package and you have a distinctive, almost animalistic profile. 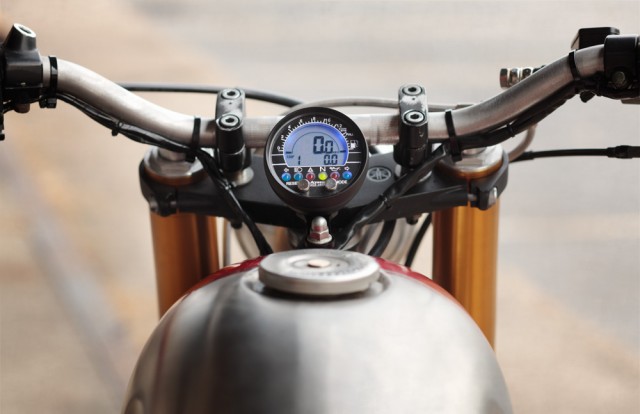 As for that 920cc V-twin, it breathes far more easily than it does in stock form. A conical air filter element replaces the clunky stock air boxes, and the custom exhaust system allows the engine to exhale fully (plus it looks wicked cool).

This bike now resides at Dubai’s Biker’s Café. However, its successor lives a little bit closer to home. However, we can’t really consider ourselves satisfied, because neither one lives in our garage. 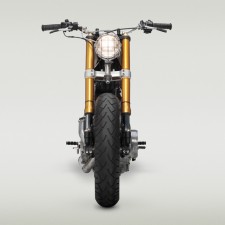 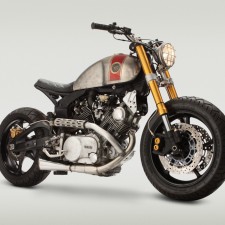 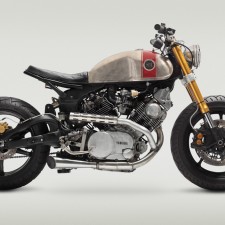 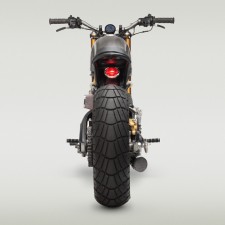 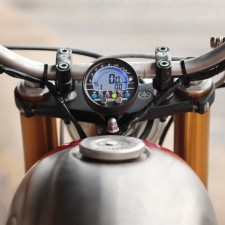 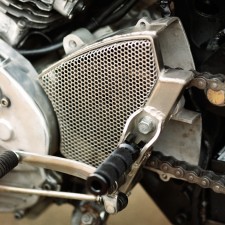