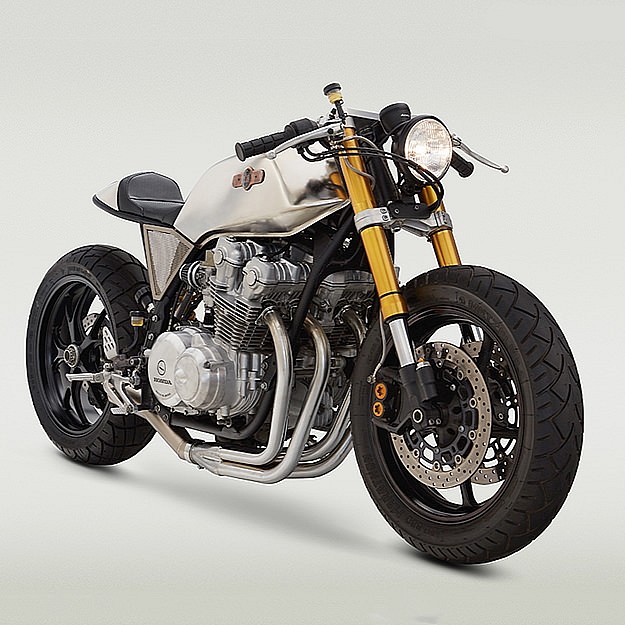 The Honda CB750 is widely credited with being the motorcycle for which the term “superbike” was coined. Prior to the model family’s 1969 debut, engines like the CB750’s muscular overhead cam (DOHC starting in 1979), transversely-mounted four-stroke inline-four was strictly the domain of high-priced exotics and racing motorcycles. But because American Honda dealers told Soichiro himself that their customers wanted bigger and badder bikes, the company brought this four-pot powerhouse to market for the highly-competitive starting price of $1,495 ($9,233.71 in 2012 money).

As a result of all these significant achievements, part of us is inclined to believe cutting up a CB750 is straight-up blasphemous. But the other part of us, upon seeing this highly-customized 1980 CB750F from Classified Moto called “Superstrada,” wants to place a piece of duct tape over the first part’s mouth. Why is that? 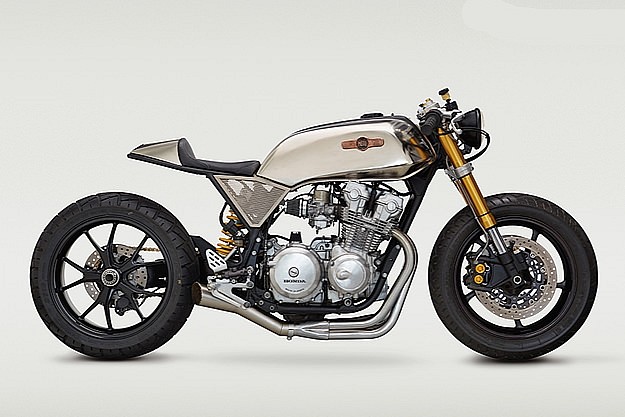 Well, for starters, just look at it! A complete Yamaha YZF-R6 front end – including the fork, wheel and brakes – provides modern engineering, while one of Classified Moto’s signature triple tree conversions (with a custom billet aluminum upper clamp) allows for the rake (and therefore the stance) to be juuussssst right. Also contributing to the spot-on stance is a complete Ducati 1098 swingarm and a Showa monoshock hanging from a custom rear subframe. The Honda has also been shorn of all bodywork except for the gas tank, which is stock but embellished with two nickel-plated side panels, and the stubby tail section is capped by a custom LED taillight. 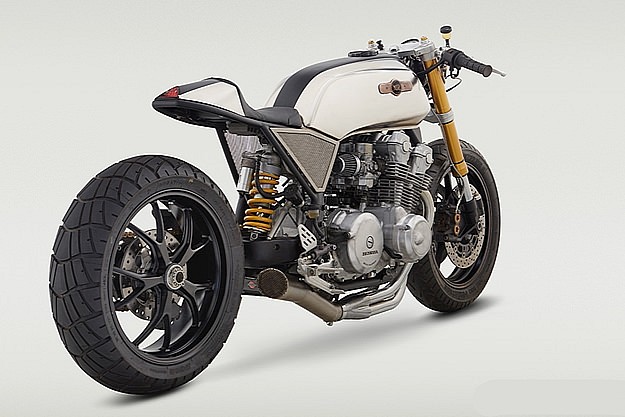 The Superstrada’s 748cc four is mostly stock, but it exhales through a MotoGP-style 4-into-1 exhaust from Vance & Hines, is energized by a lightweight lithium-ion battery, and monitored by a digital gauge cluster. Both the front and rear sprockets are custom items, and the chain is from D.I.D. X-Ring. So while the engine might not be making much more than the stock 68hp, it will likely feel a bit more peppy.

Yes, we know there will always be people who feel chopping up such a milestone motorcycle is unforgivable. But when the results are this fantastic, is forgiveness really that much to ask? 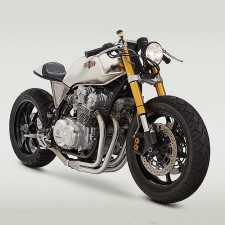 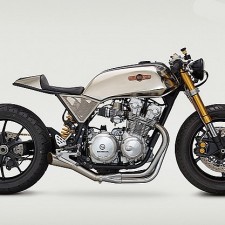 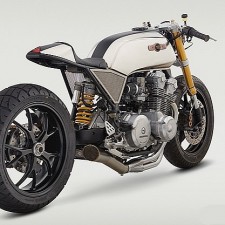 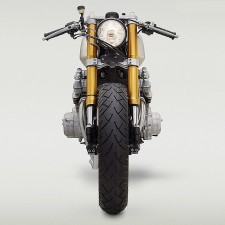 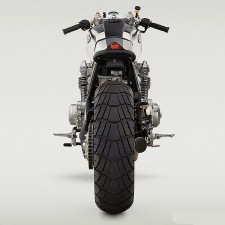