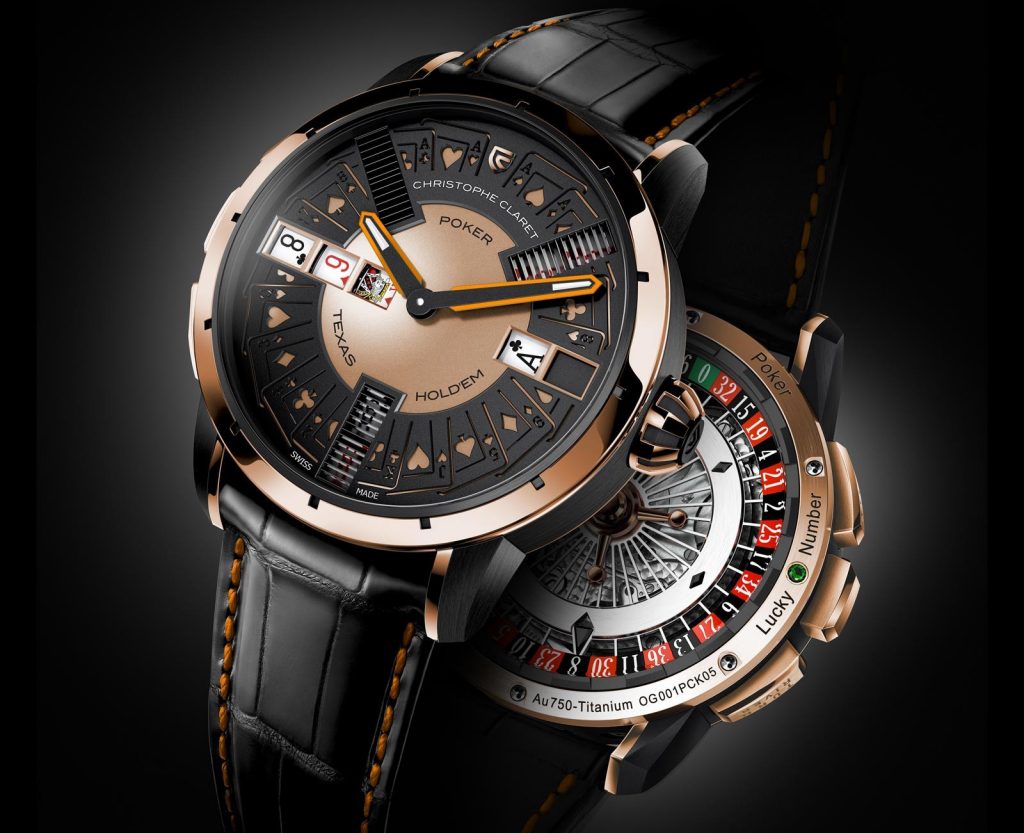 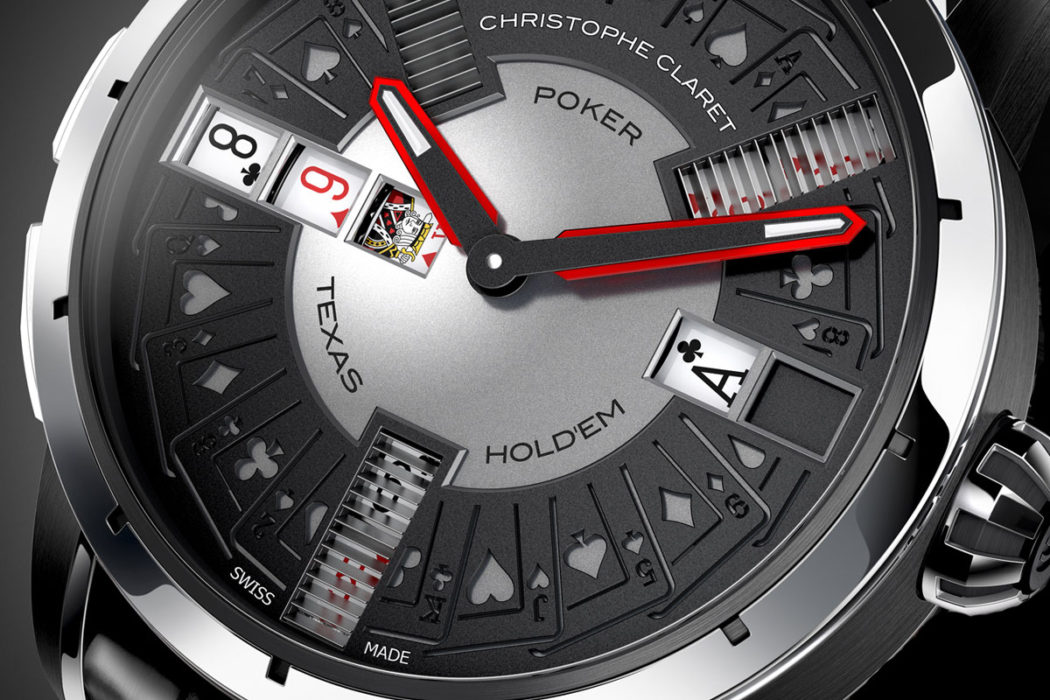 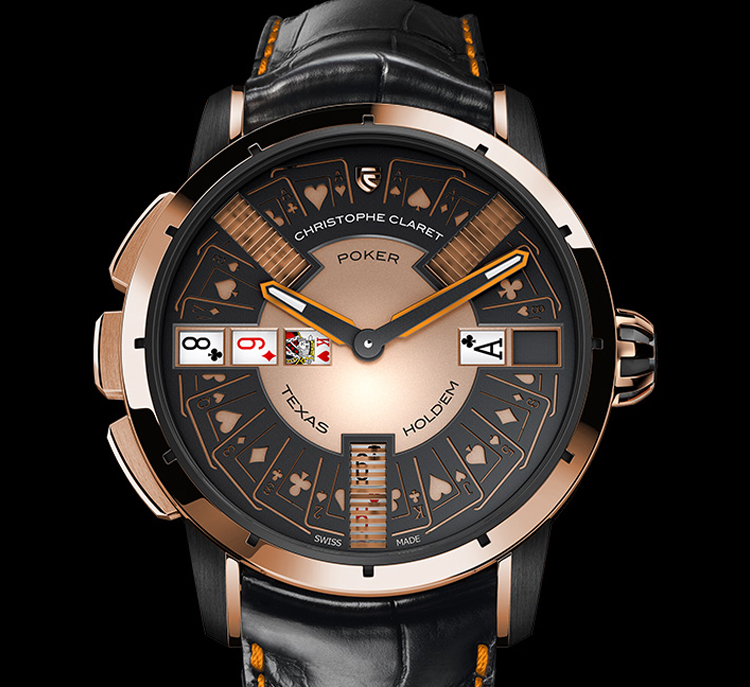 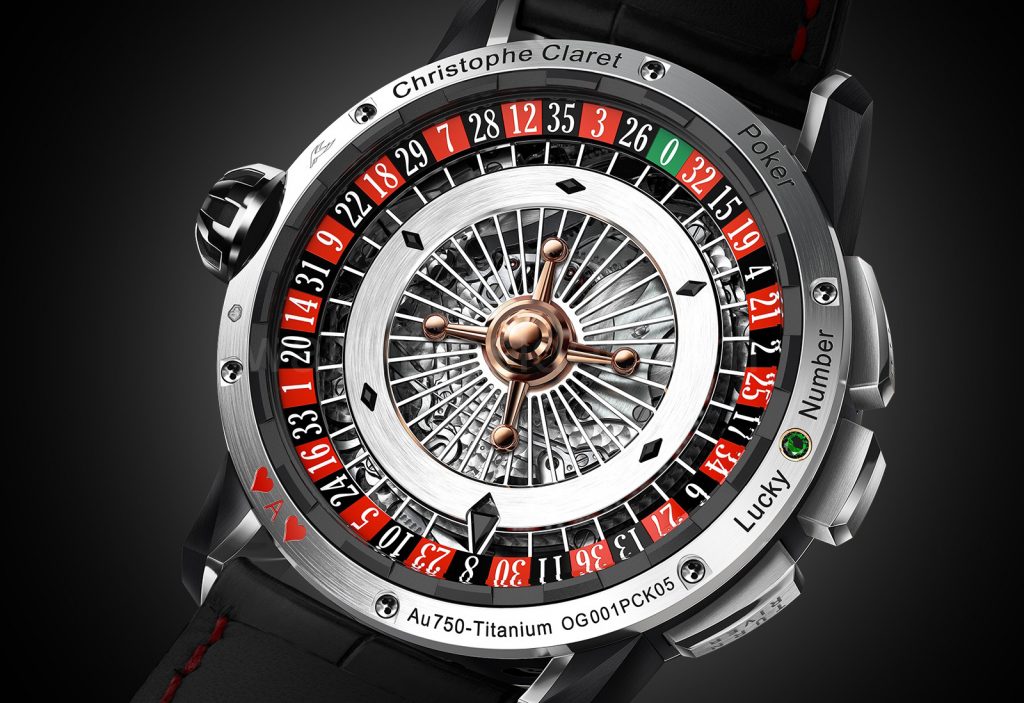 Put a Casino on Your Wrist with this Christophe Claret Watch

The primary role of watches is, of course, to tell time. Yes, they can also look cool, but that’s pretty much the extent of the purposes they serve…isn’t it? Not according to Swiss watch designer Christophe Claret, whose eponymous company has introduced the latest in its line of gaming-themed timepieces that actually let you play mechanized facsimiles of popular card games. And this time, it’s Texas Hold’em poker’s time to shine.

In addition to the hours and minutes measuring functions, the watch features an array of rotating displays on which depictions of playing cards are printed. Select the number of players (two or three) and the watch “deals” each player a hand, with the displays being angled in such a way that only the player whose hand that is can see it. And if you’re into roulette, Christophe Claret and crew have got you covered as well, as there’s a working wheel on the back side of the watch. Apparently, the whole mechanism took two watchmakers two years to design, which makes the retail prices for this limited run of 20 timepieces – from about $180,000 to $194,000, depending on which of the four color and material combinations you select – somewhat understandable.