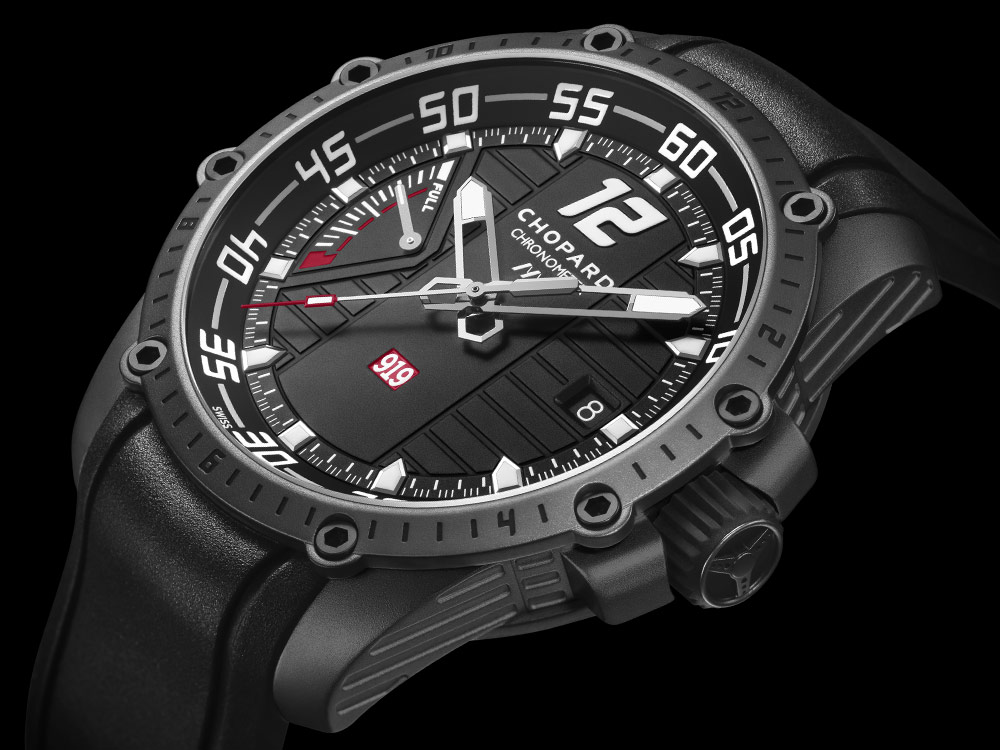 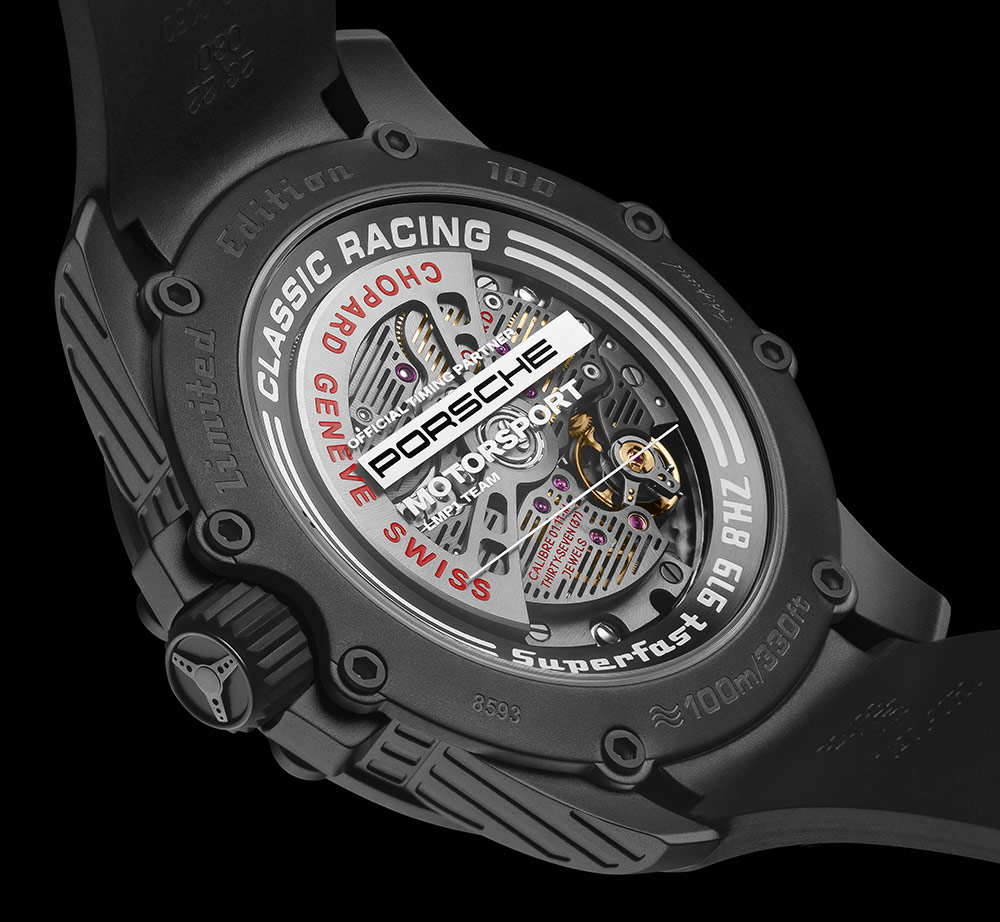 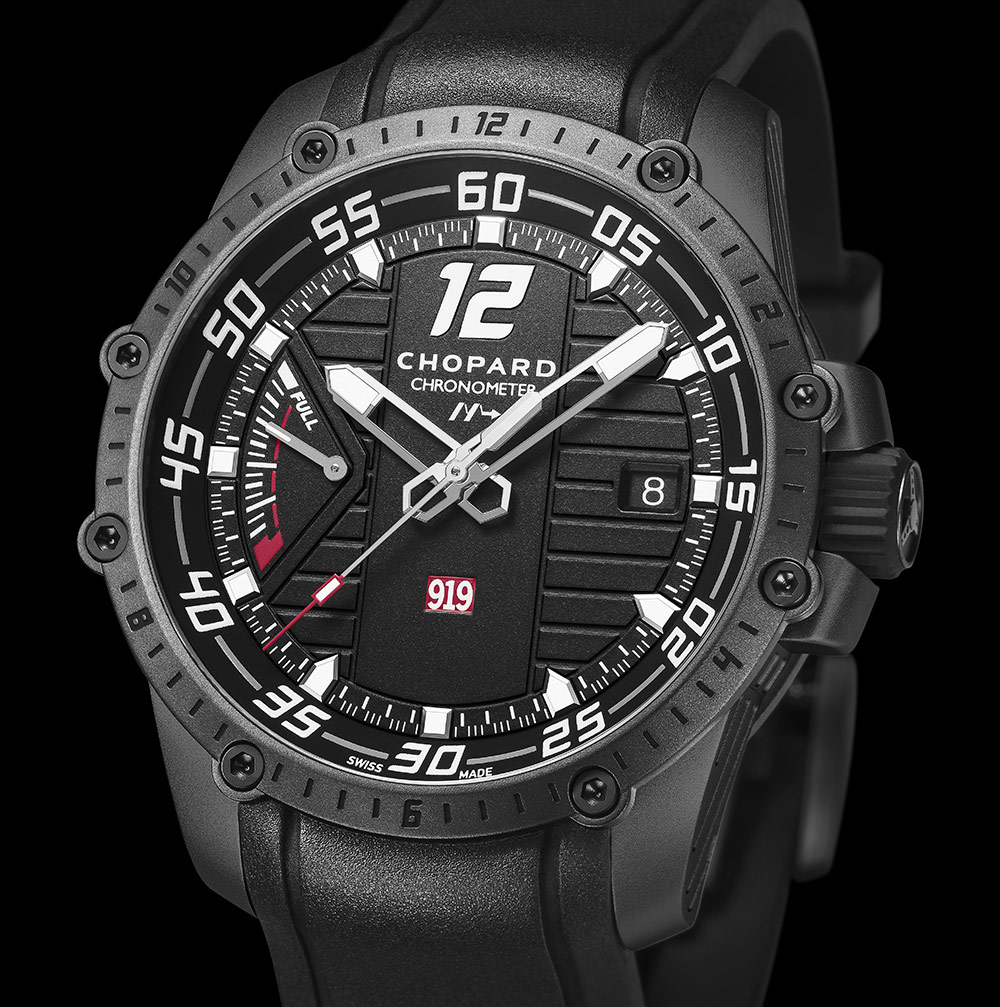 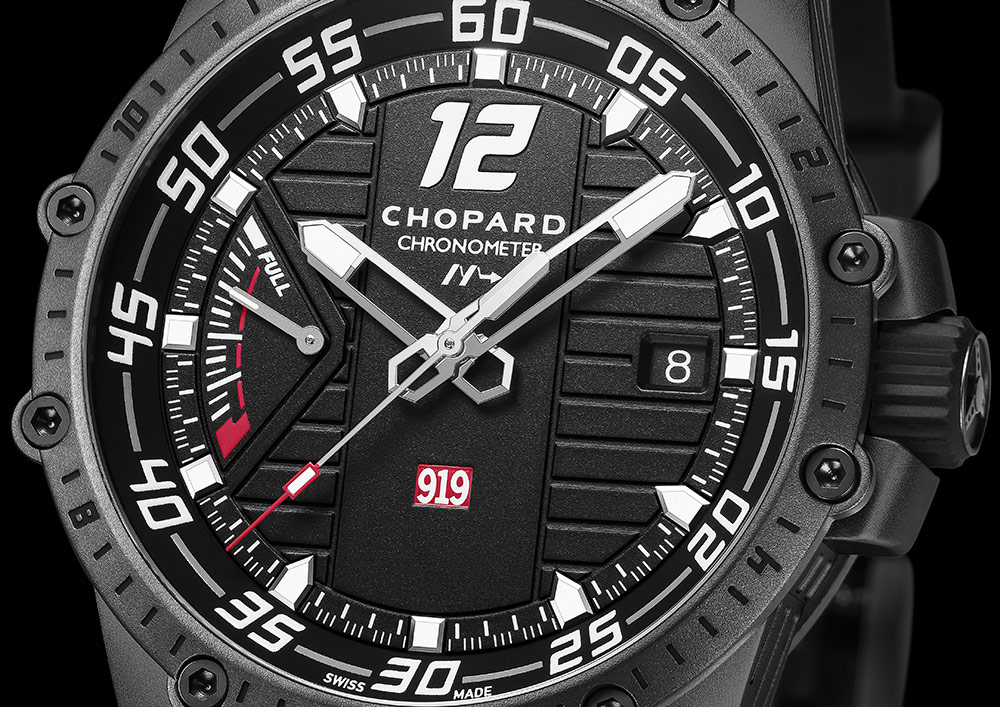 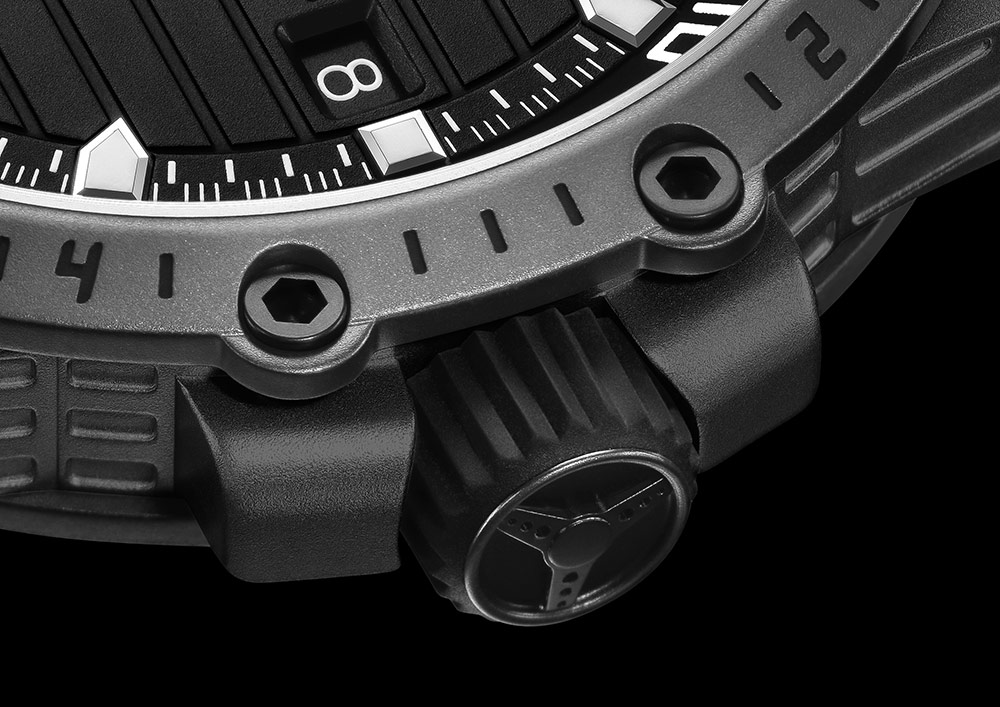 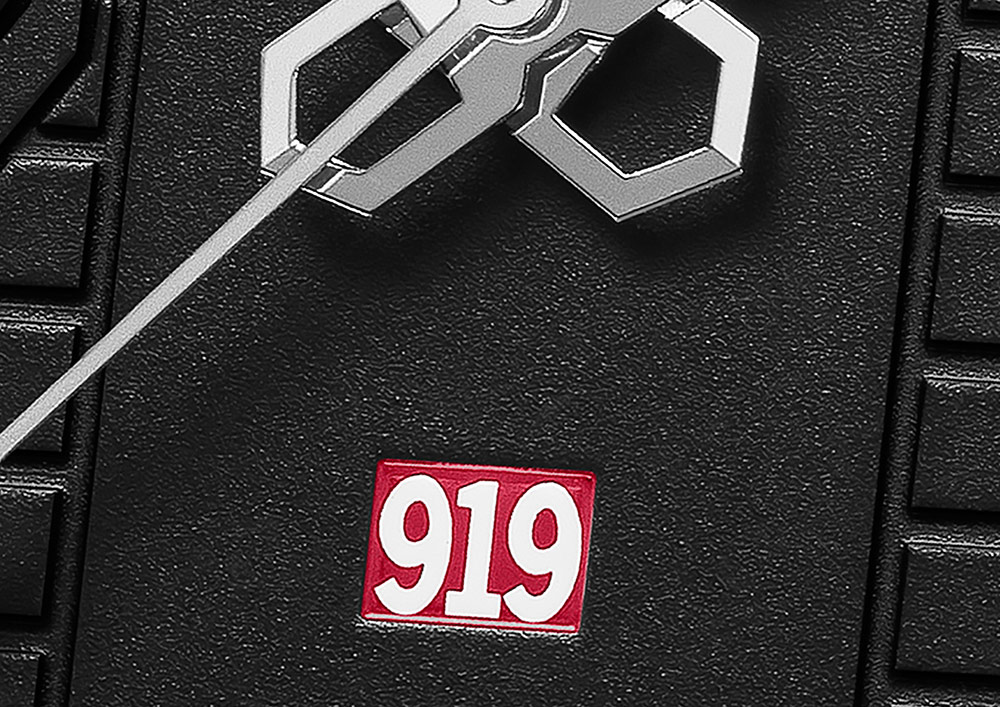 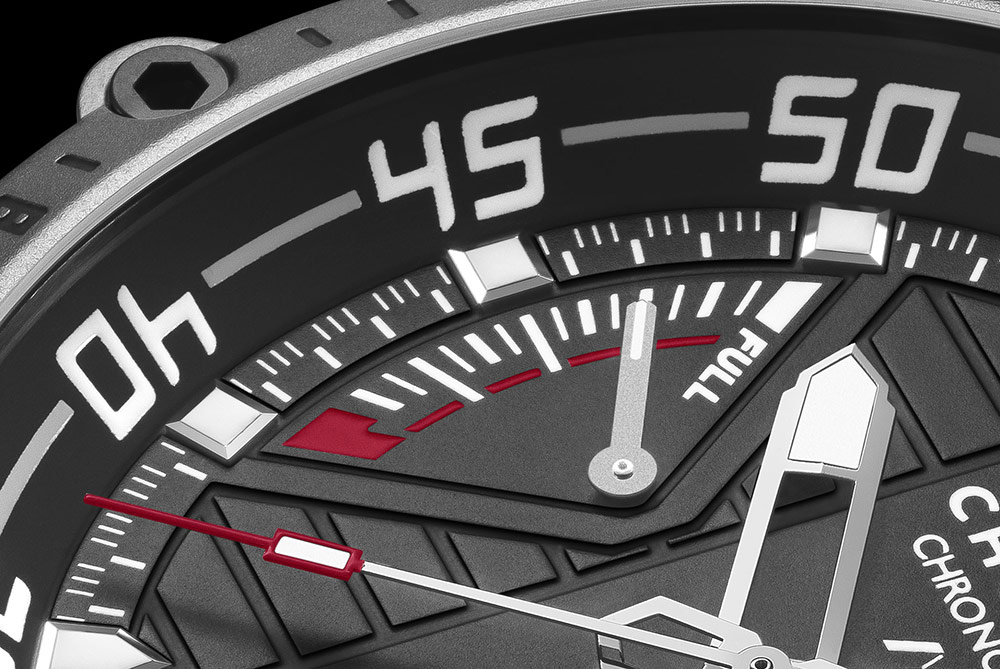 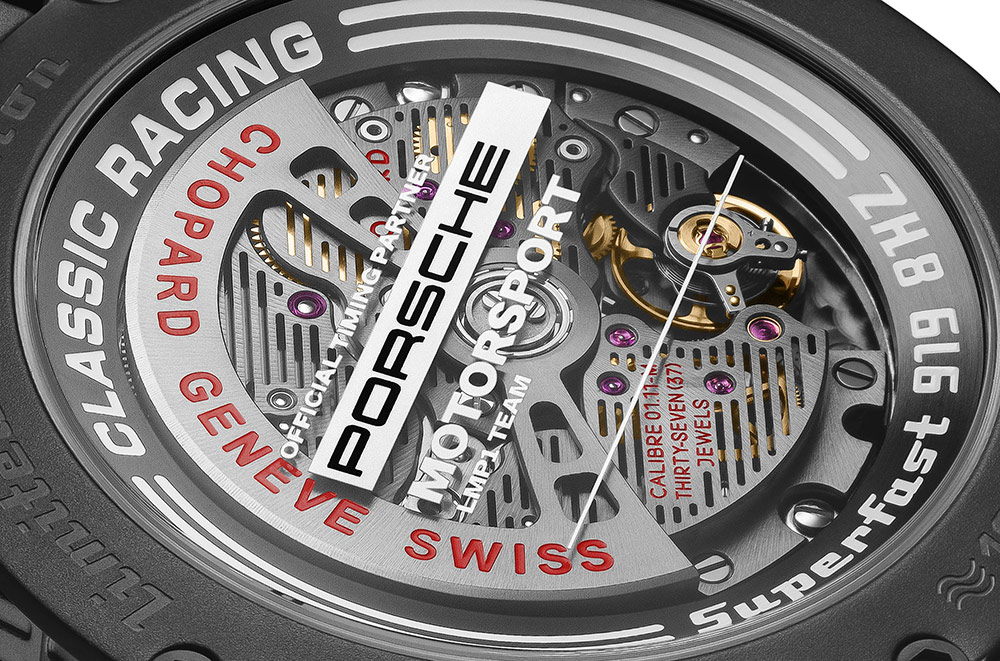 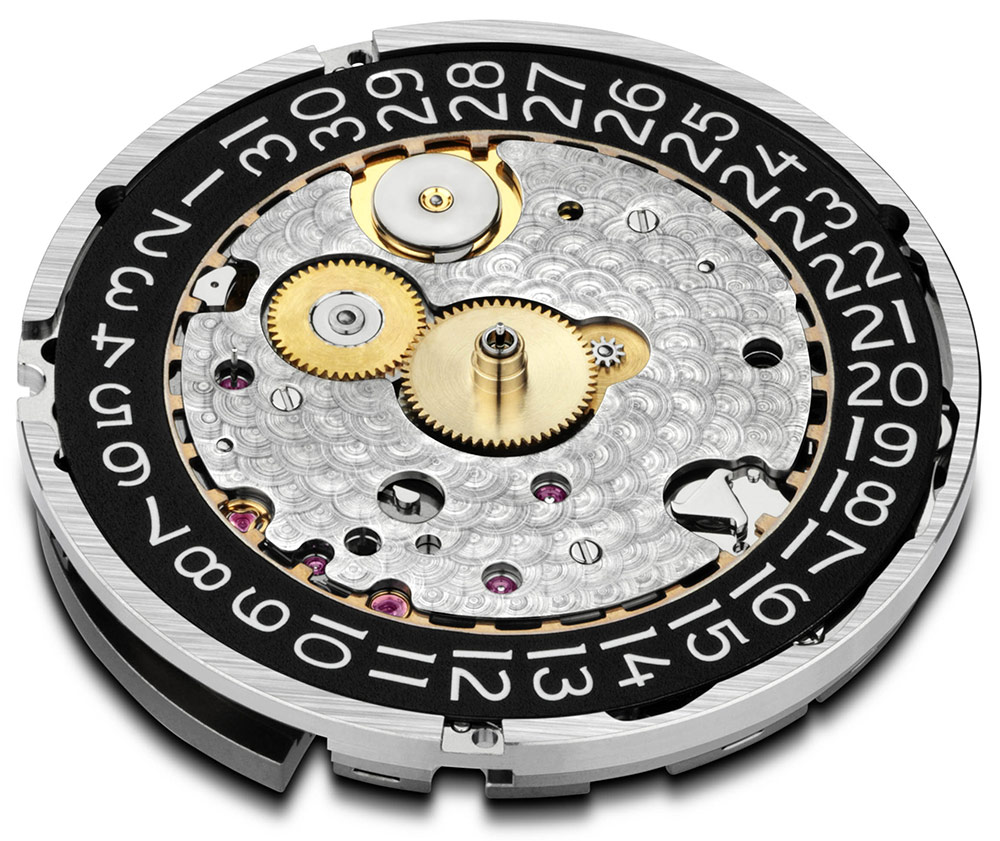 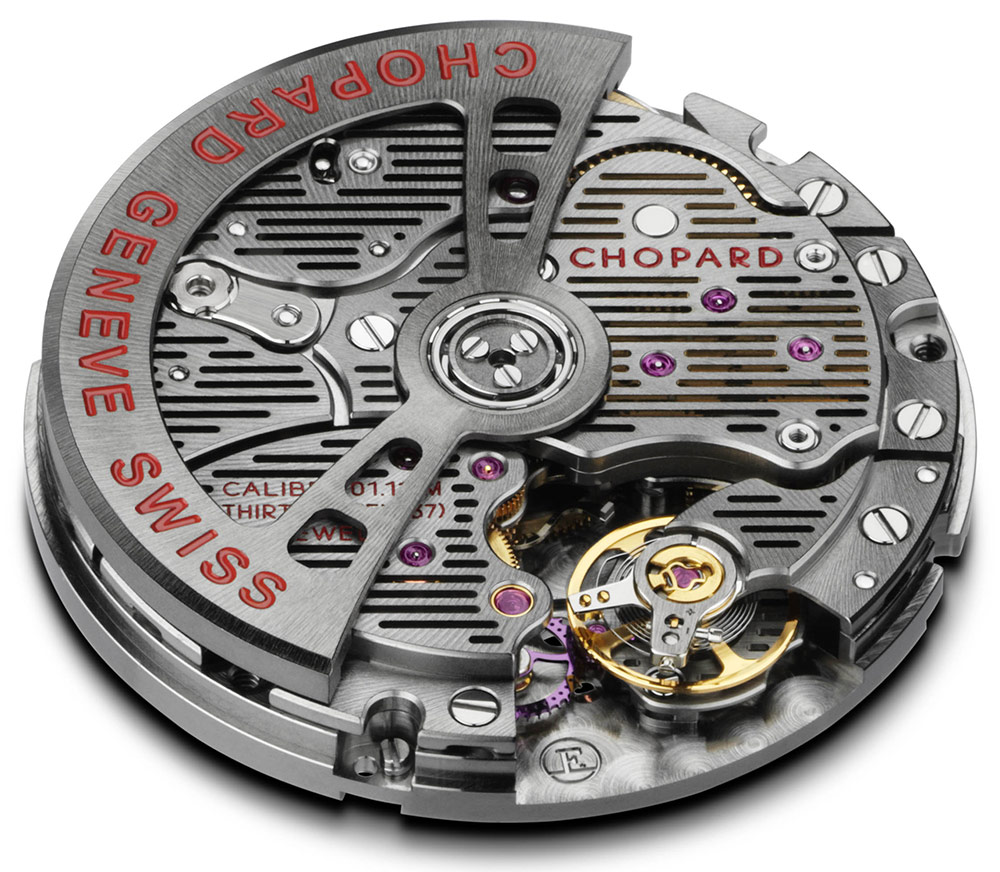 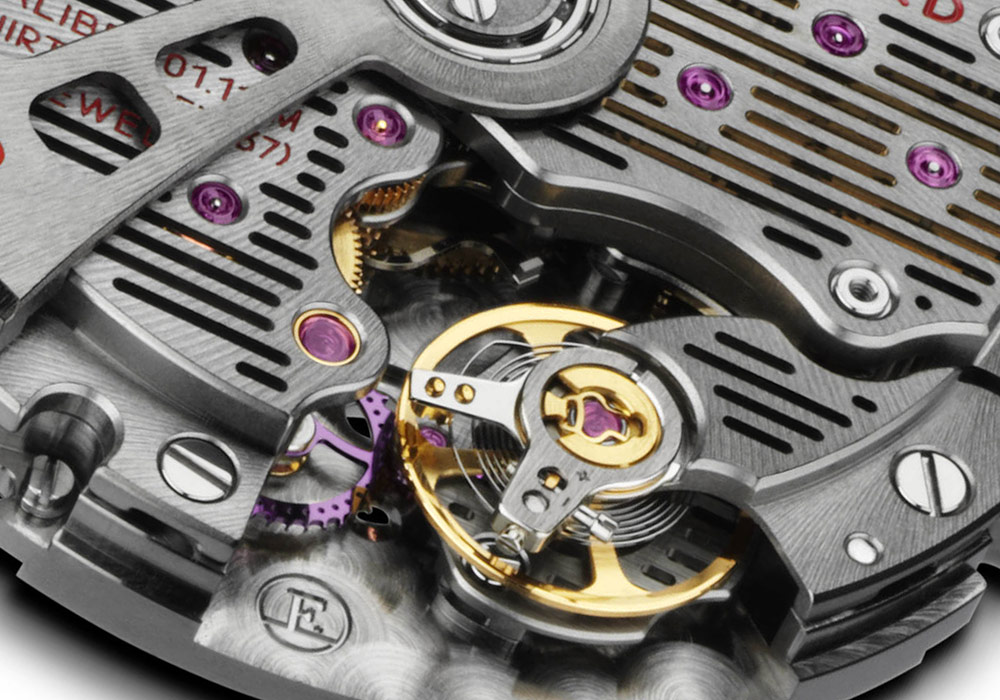 The Porsche 919 Hybrid, having won the last three runnings of the 24 Hours of Le Mans, is a mighty fast car, even by LMP1 hybrid racecar/spaceship standards. So it’s only fitting that the Porsche World Endurance Championship team’s official timing partner, Chopard, is naming one of its fastest-operating watches yet after the thousand-ish horsepower gas-electric monster. Endowed with a new automatic movement designated 01.11-M that runs at a mighty 57,600 vph (which works out to 8 hertz) while still packing a 60-hour power reserve, the Chopard Superfast Power Control Porsche 919 HF Edition is built around a DLC-coated and bead-blasted 45 mm titanium case with sapphire crystals front and back to show off the movement and stylish dial, the latter of which integrates both a date window and a power reserve gauge. A simple but handsome black rubber strap handles holding it on your wrist.

Chopard says it will build just 100 examples of this special edition sweetheart of a timepiece, and price them at $16,990 a pop. For superfans of the most successful manufacturer in Le Mans history (19 overall wins and counting after this year’s running), that’s probably a modest price to pay for a functional keepsake of this sort.