Chevy Camaro Convertible Is Back On For March 2011 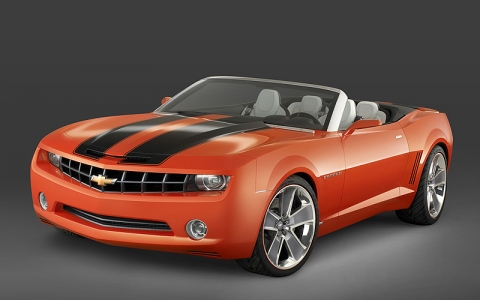 Now that the 2010 Chevy Camaro is arriving in customer’s hands, there has been a lot of back and forth on whether or not the Camaro Convertible and Camaro Z28 will be produced. First reports concluded that boths models were cancelled due to the economic climate, but it now looks like at least the Camaro Convertible will see the light of day. As late as last week there was news that GM’s cost cutting efforts and the fact that their German supplier of the convertible mechanism was insolvent had tabled that effort indefinitely. It now appears that GM has inked a new agreement and that the supplier is fully operational. 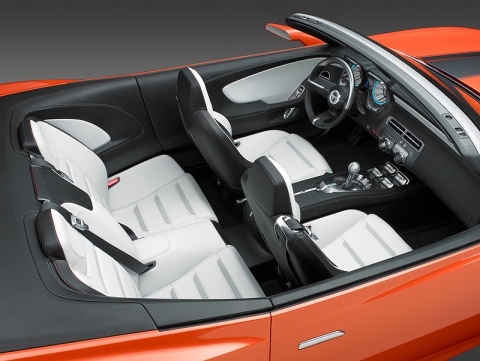 Terry Rhadigan, GM’s spokesperson, confirmed with Automotive News that production of the Camaro Convertible will indeed still take place. He indicated that the original late 2010 launch would be delayed until first quarter 2011. He stated, “We always thought it would be one year after the coupe. Instead we are going two.”

Unfortunately, the Camaro Z28 may not surface at all for a variety of reasons. This effort is extremely costly with some estimates putting development as high as $50 million. And the upcoming CAFE requirements of 35.5 mpg mean that this vehicle would be hard-pressed to make the cut in the long run. But, I must say, I would have loved to have seen this car produced, especially since GM’s original plan was to use the 6.2-liter V8 engine from the Cadillac CTS-V. That powerplant puts out 550 horsepower and would virtually ensure that the Camaro Z28 would dominate the Dodge Challenger SRT8 (6.1-liter V8 with 425 hp) and go toe-to-toe with the Mustang GT500 (5.4-liter V8 with 540 hp).