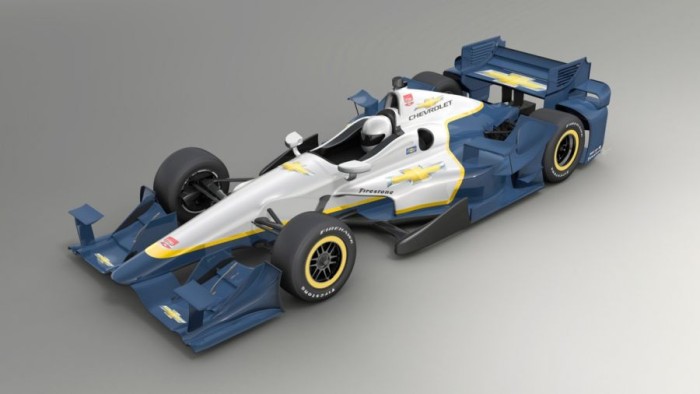 One of the highly-touted features of the current generation spec chassis for the Verizon IndyCar Series – the Dallara DW12 – upon its introduction was the ability for engine manufacturers (and, the original plan was, aerospace and technology companies) to create aero kits to replace many elements of the stock Dallara bodywork. It wouldn’t be a return to the days when the likes of Lola, Reynard, Swift, Penske, Eagle and others would do battle for on-track supremacy and purchase orders from team owners, but it wouldn’t be long before Indy cars would again have different shapes in addition to different engines and liveries. 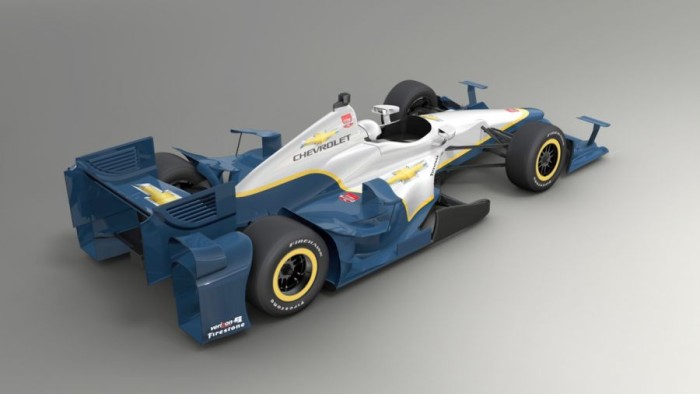 Well, repeated squawking about costs of implementing the aero kits delayed them a couple of seasons, but this season it’s really totally finally happening (we think). And the first supplier to show its hand is Chevrolet. We’ve got to say, while we’ve grown to like the stock DW12 bodywork over the last three years, Chevrolet’s take – which is developed by and will be manufactured by Pratt & Miller, the company behind the Corvette C7.R and Cadillac Pirelli World Challenge programs – is…uh…busier. The road course kit illustrated here (The superspeedway oval kit will likely emerge closer to the beginning of Indianapolis 500 activities during the Month of May.) features raise winglets on the front wing, sidepods and the rear “bumpers.” Frankly, it reminds us of the banned-before-year’s-end “X-wings” that infected Formula 1 in 1998. But form following function in modern racing cars is nothing new, and if it works better than Honda’s kit (which we assume will be revealed any day now), that’s all that really matters, isn’t it? 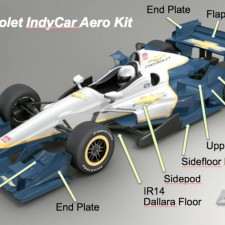 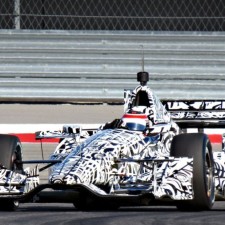 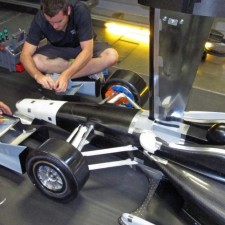 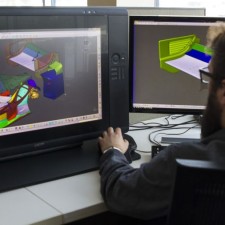 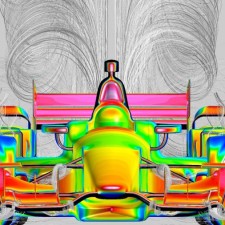