Chevrolet Corvette Stingray is Getting the Hennessey Forced-Induction Treatment 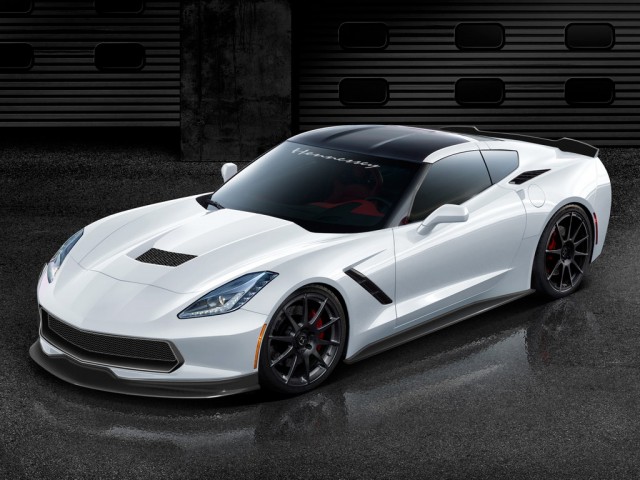 The totally-new 2014 Chevrolet Corvette Stingray is still at least a couple months away from rolling into showrooms. Even so, tuners are already licking their collective chops at the prospect of transforming the latest (and dare we say greatest) Corvette from a serious sports car into a supercar. And thank goodness for that; the C7-based Z06 and ZR1 (or whatever they end up being called) are at least another year away.

So far, the most menacing reinterpretation of Chevrolet’s new flagship (at least on paper) comes courtesy of John Hennessey and his team at Hennessey Performance. But the Hennessey C7 won’t come in just one flavor. Nor will it be available in two flavors. The Hennessey Corvette Stingray will, in fact, be available in four degrees of brutality. 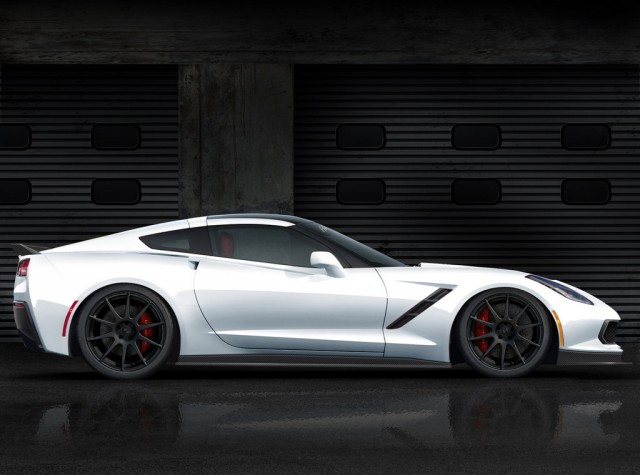 Each member of the quartet will be available with a custom front splitter, side sills and rear spoiler from CarbonAero. You can also specify a set of Hennessey monoblock wheels wearing Michelin Pilot Super Sport tires, Penske adjustable suspension, and Brembo carbon ceramic brakes. Inside, a numbered dash plaque and custom floormats are standard, while fancier leather and carbon fiber trim is optional.

Of course, in this or any other Hennessey creation, the cosmetic enhancements take a back seat (so to speak) to the performance upgrades. Starting at the bottom, we have the HPE600. It adds an Eaton TVS2300 supercharger, HPE air intake system, remapped ECU, and other necessary goodies to raise the direct-injected 6.2L LT1 V8’s output from 460 horsepower to a projected 600hp. The HPE 700 package adds CNC-ported cylinder heads and a lumpier camshaft to the contents of the HPE600 package to yield 700hp.

If you prefer exhaust-driven blowers to mechanically-driven ones, Hennessey will be happy to start you off with the HPE800 kit. The LT1’s internals are replaced with high-strength forged components (aluminum for the pistons, steel for the connecting rods and crankshaft), and the engine breathes through a pair of ball bearing turbochargers and an air-to-air intercooler. Estimated output: 800 horsepower. Not enough? Well, there’s the fourth and final level lunacy on offer from Hennessey: The HPE1000. It’s also built around a pair of turbos, but claimed output is a nice, round 1,000hp. How do you like them apples?

No prices have been set, nor have performance claims been made. However, we’re guessing both will be eye-popping, to say the least. We guess we should all start wearing goggles, just in case.