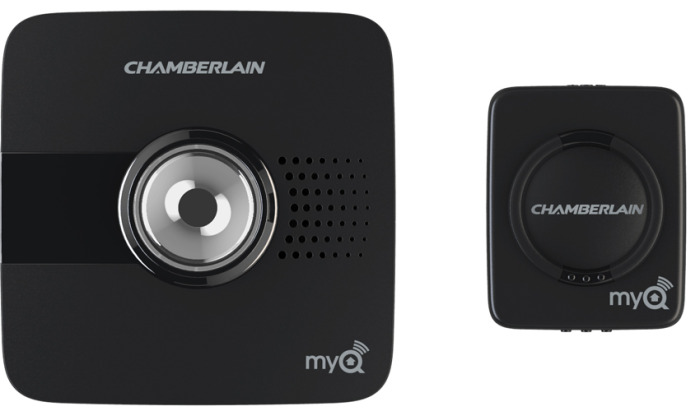 Even though we only recently stumbled across the three-decade threshold on this planet, we still face the occasional bout with senility. At least once we’ve traveled a couple blocks from home, only to loop back around and drive by to make sure that we a) shut the garage door upon leaving and b) that it stayed shut and didn’t roll back up after encountering an obstruction, the sensors becoming misaligned, etc. Mercifully, the MyQ Garage system ($129) from Chamberlain exists to put an end to this recurring cognitive snafuby notifying you of your garage door’s status via your iOS or Android mobile device, and lets you open and close it with thepush of an on-screen button on that same device. Can a Chamberlain MyQ widget for your dog be far behind? Your couch cushions probably hope so…