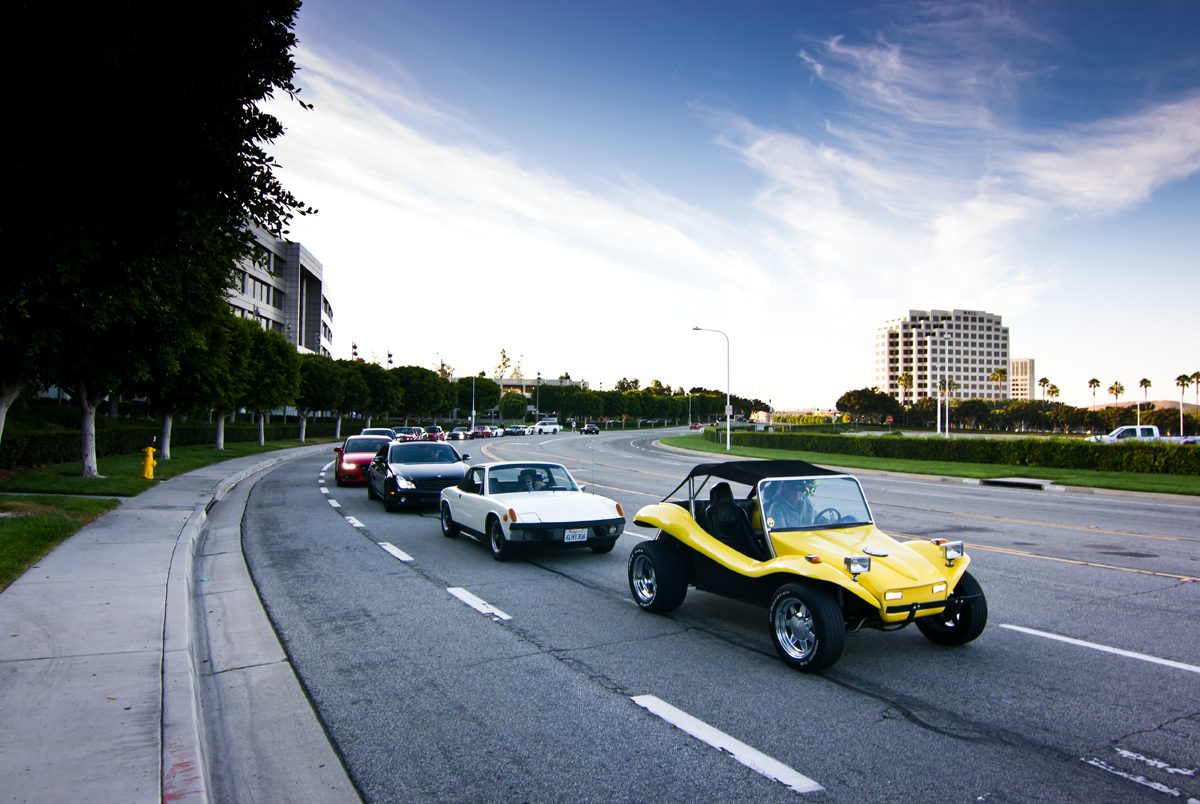 I had the pleasure of driving down to Irvine for the Cars and Coffee meet on a warm, sunny Saturday morning 2 weeks ago. If you didn't already know, Cars and Coffee is an informal meet that takes place at Mazda’s HQ parking lot every week, where gearheads from all walks of life come together to have a drink of coffee and enjoy automotive culture. You can find about any type of vehicle in the meet; muscle, Italian, motorcycles, Le Mans racers, imports, and even concept cars! Did I mention it was free?

As soon as I walked into the parking lot, I was greeted with a variety of Porsche 911s.

One 911 that caught my eye was a white 996 GT3 Cup. I’m guessing the photo in front was its previous purpose, and that it’s been repainted. It feels very odd, but refreshing to see a race car without sponsorship decals plastered all over the body. 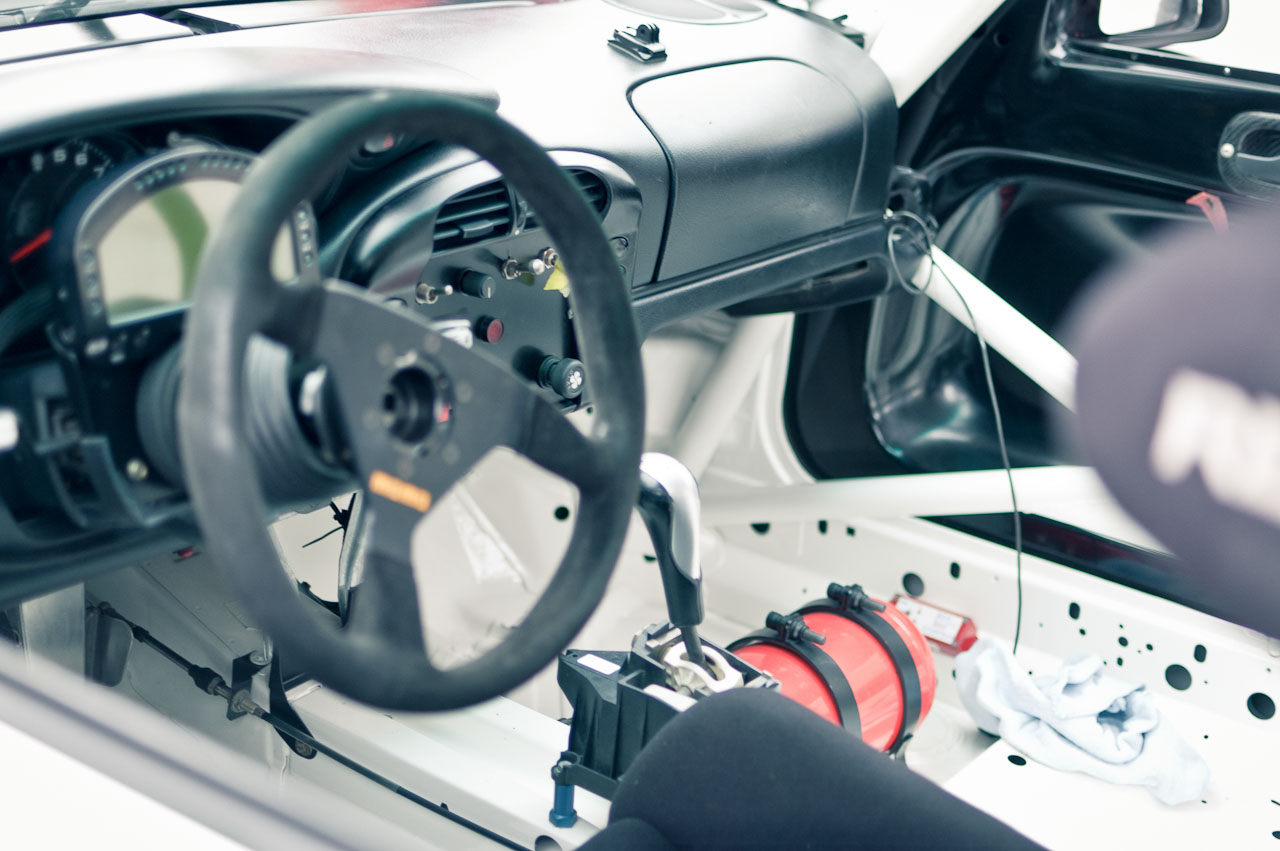 It was gutted, as you might expect, with a competition-spec digital tachometer and a sequential shifter. Imagine driving this thing on the streets! 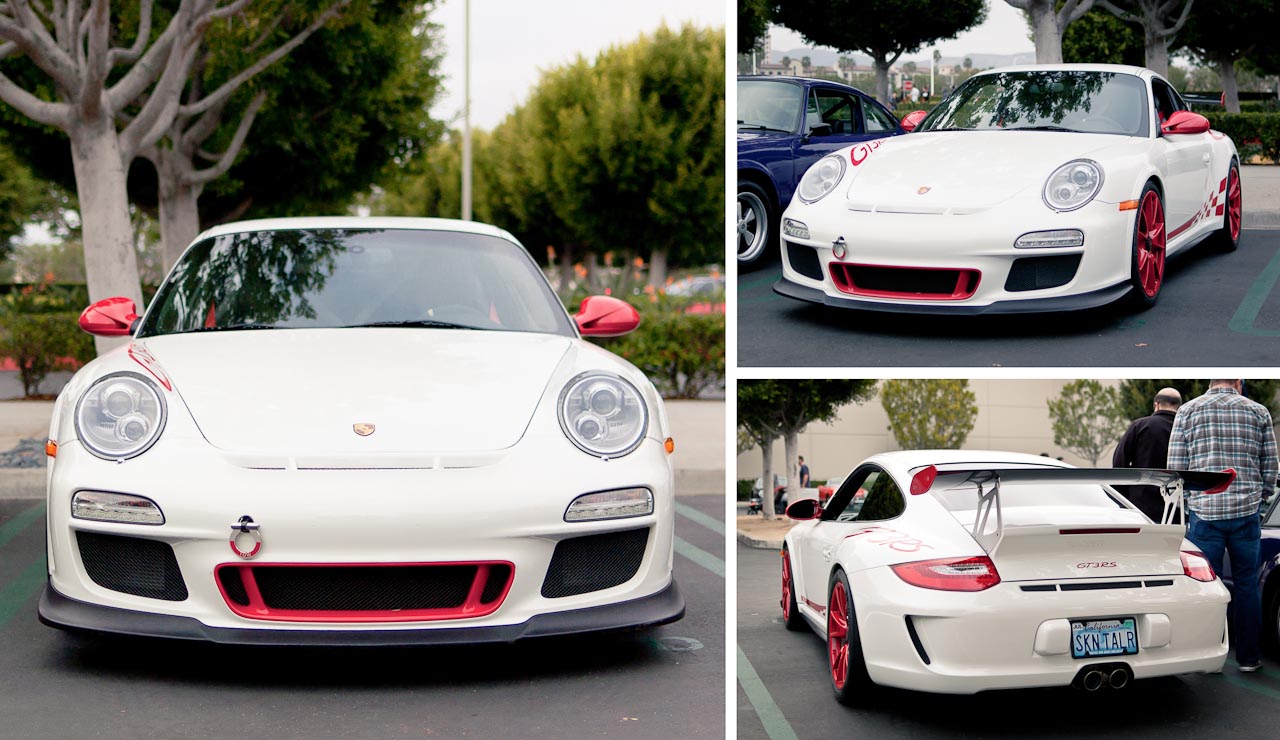 Parked right next to it was an immaculate 997 GT3RS. Although I’m not the biggest fan of the Rennsport exclusive paint job, I can certainly get behind a 444 bhp naturally aspirated boxer 6. 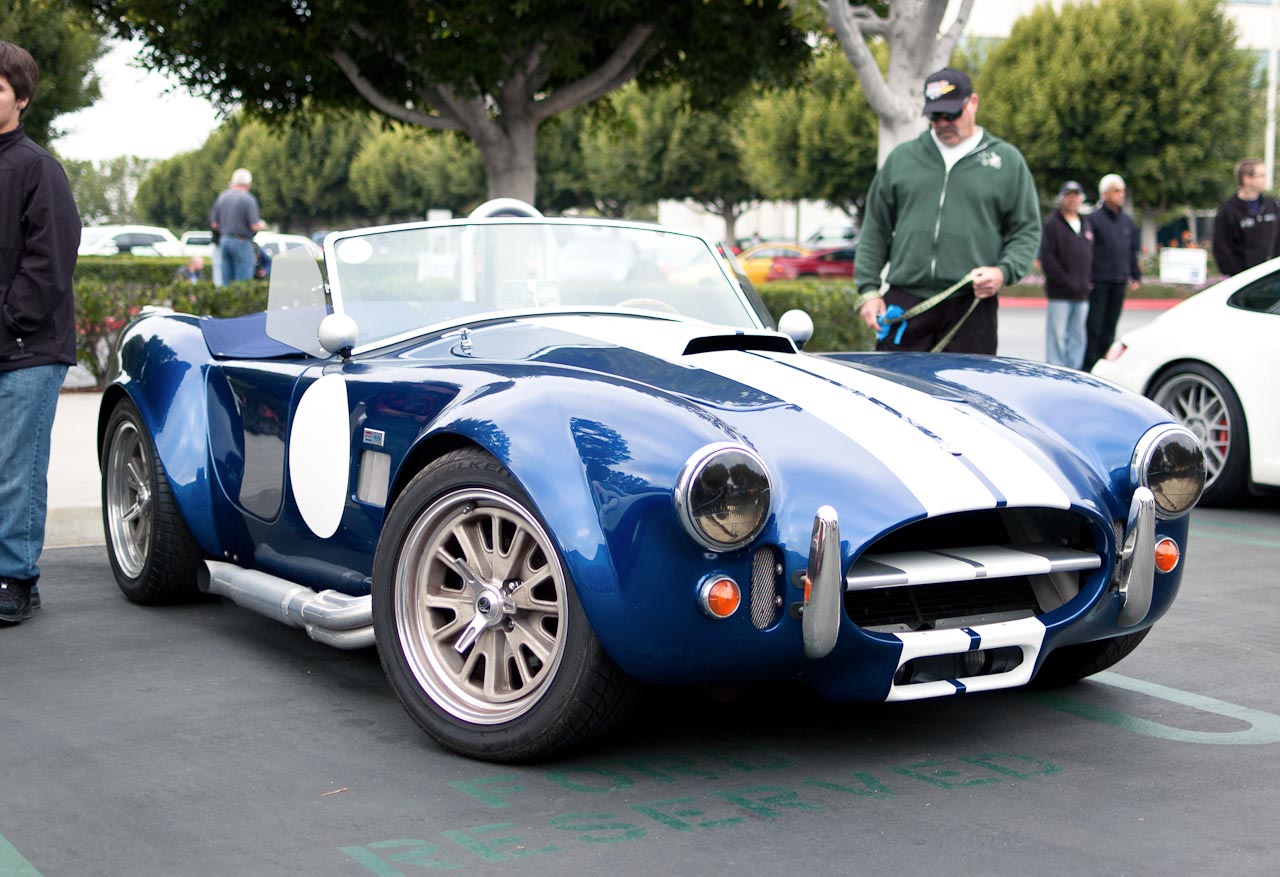 This AC Shelby Cobra 427 was chillin’ right next to the 997. A joint venture between AC Motors and Ford, this 7.0L V8 powered beast proved to be a monster in motorsports. It went from naught to 60 in 4.2 seconds and to 100 in 10. Even by today’s standards, that is blisteringly quick. 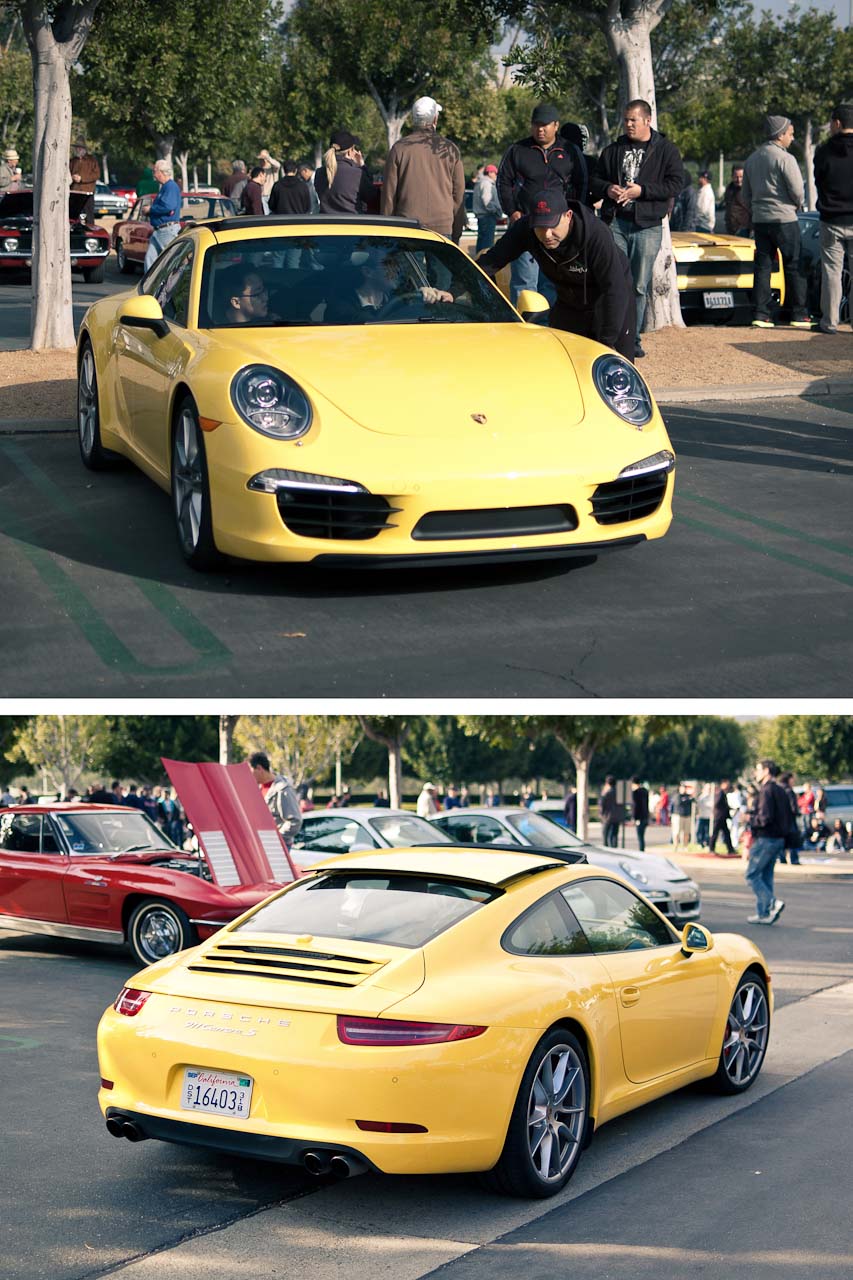 The new 991 came by that day, and it looked rather good in yellow. It’s quite reminiscent of the legendary RUF CTR “Yellowbird,” which held the Nordschleife track record for 7 years and a top speed record of 211 MPH. Can’t wait to see what RUF will do with the 991! 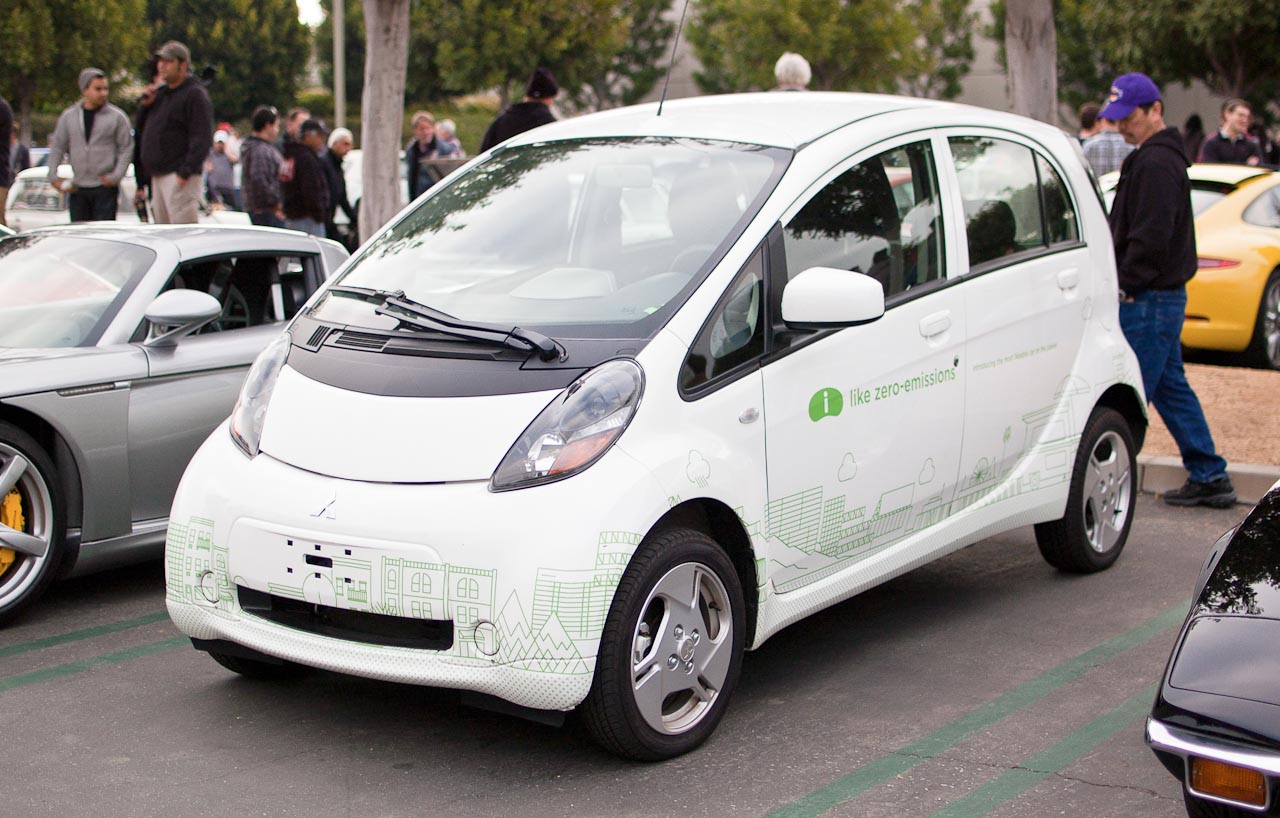 This Mitsubishi i-MiEV looked out of place. But check out the car behind it… 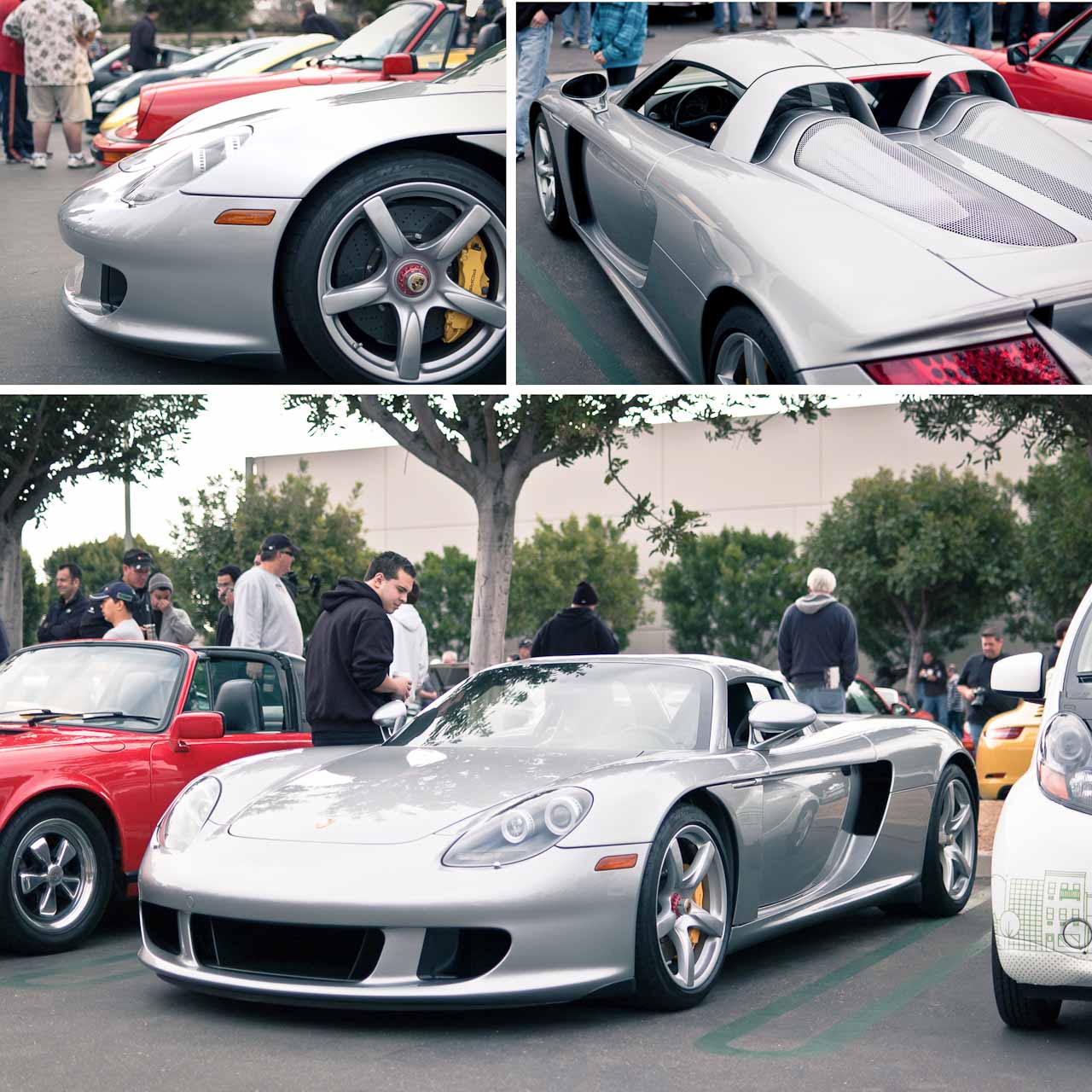 …Yep, it’s the Carrera GT. It was simply stunning to see in person, and the sound of the high revving V10 engine was indescribable.

Interesting set of horns on this Austin Cooper Mini… 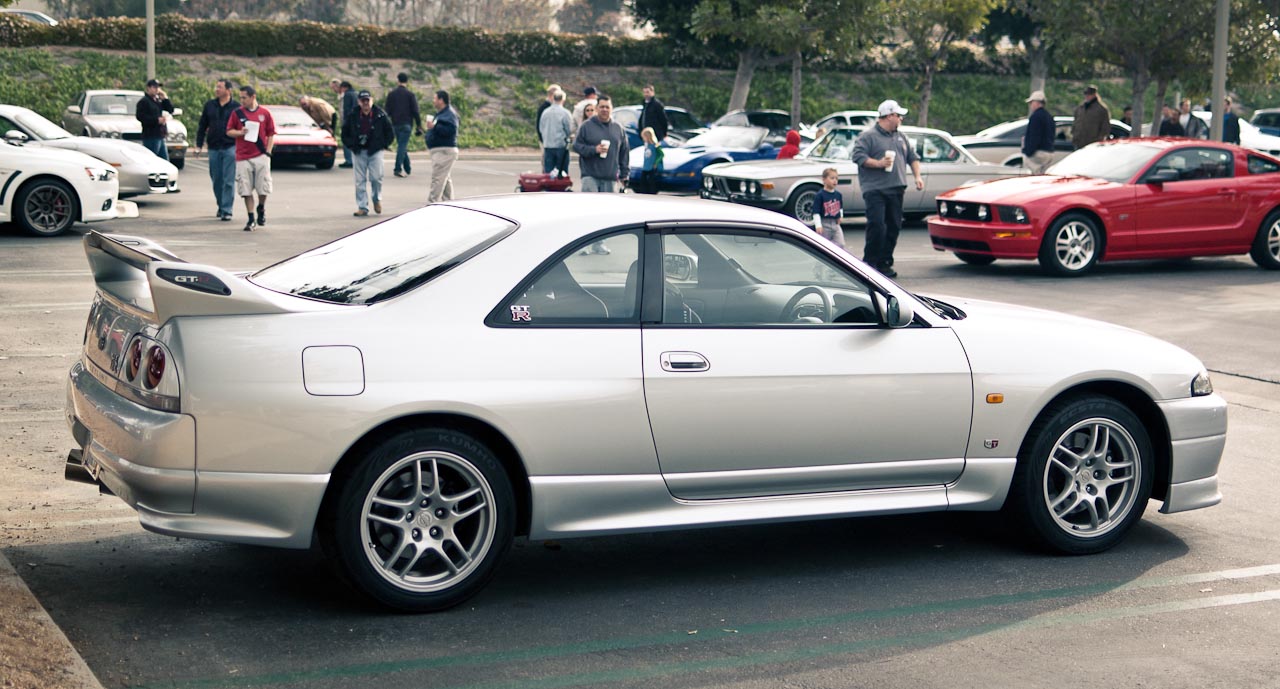 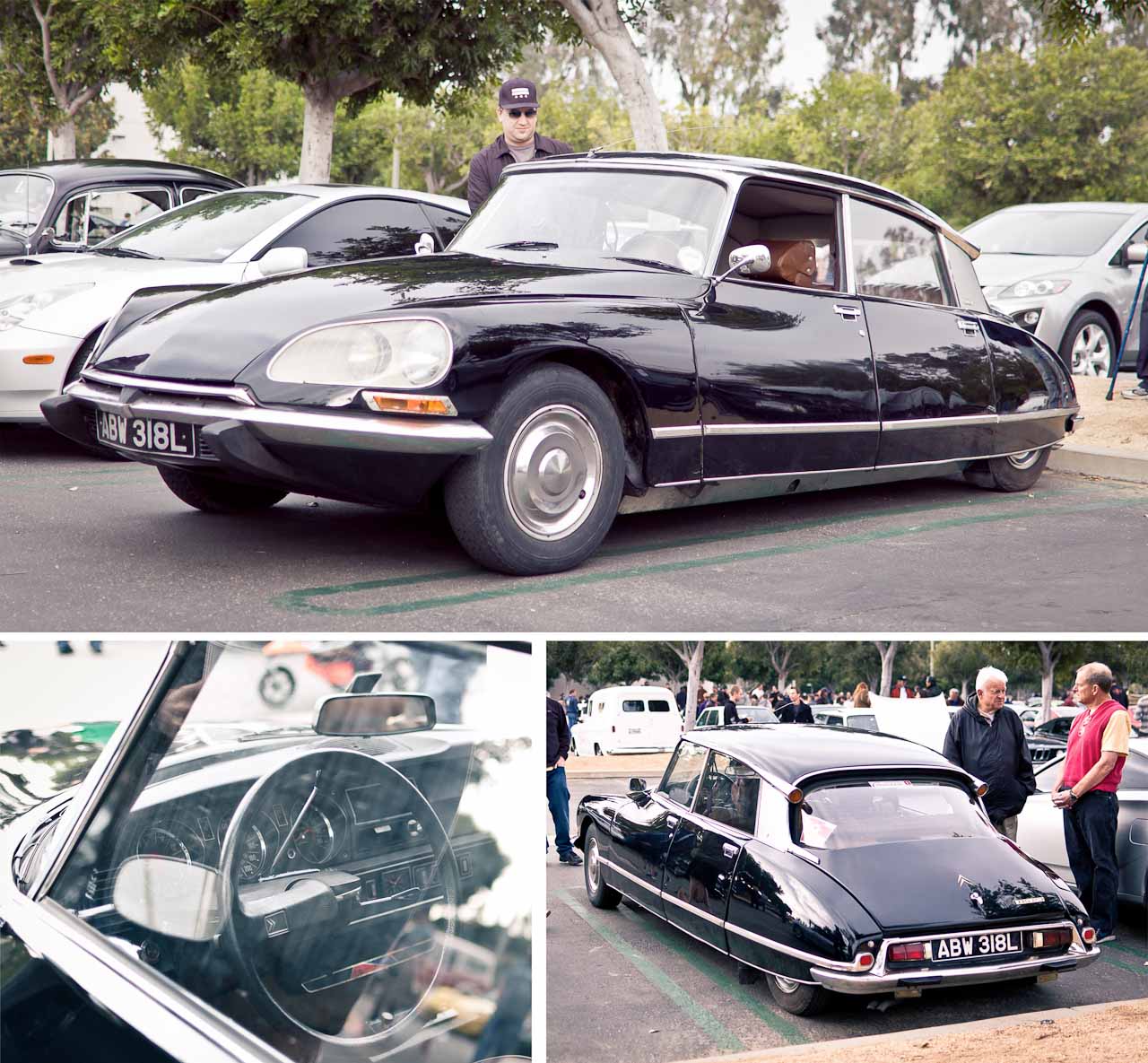 Introduced in 1955, the Citroen DS was a game changer for the automotive industry. It came with adjustable hydraulic suspension, swiveling headlights, disk brakes, and out-of-this-world styling. It was truly a treat to witness this masterpiece of French innovation. 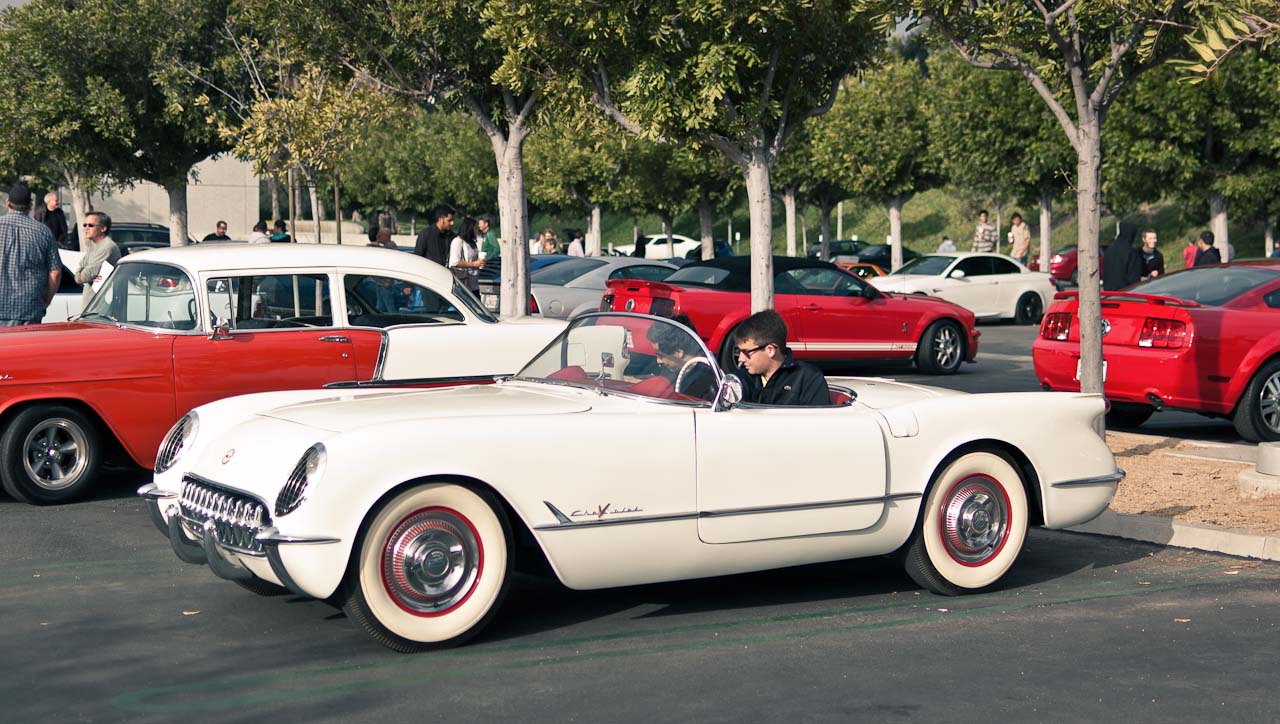 A C1 Corvette. You don’t see these every day. 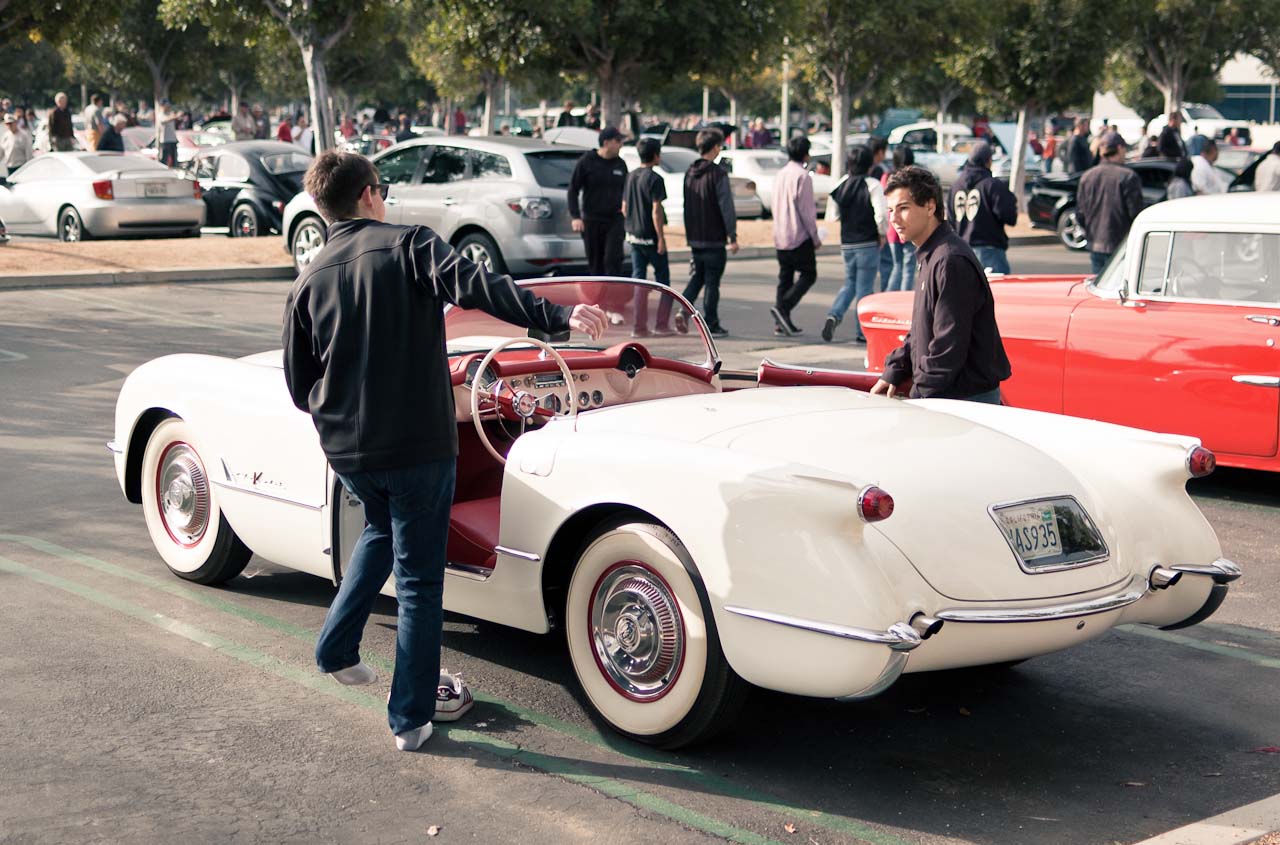 I liked how the owner took off his shoes before entering, good technique to keep your classic spotless! 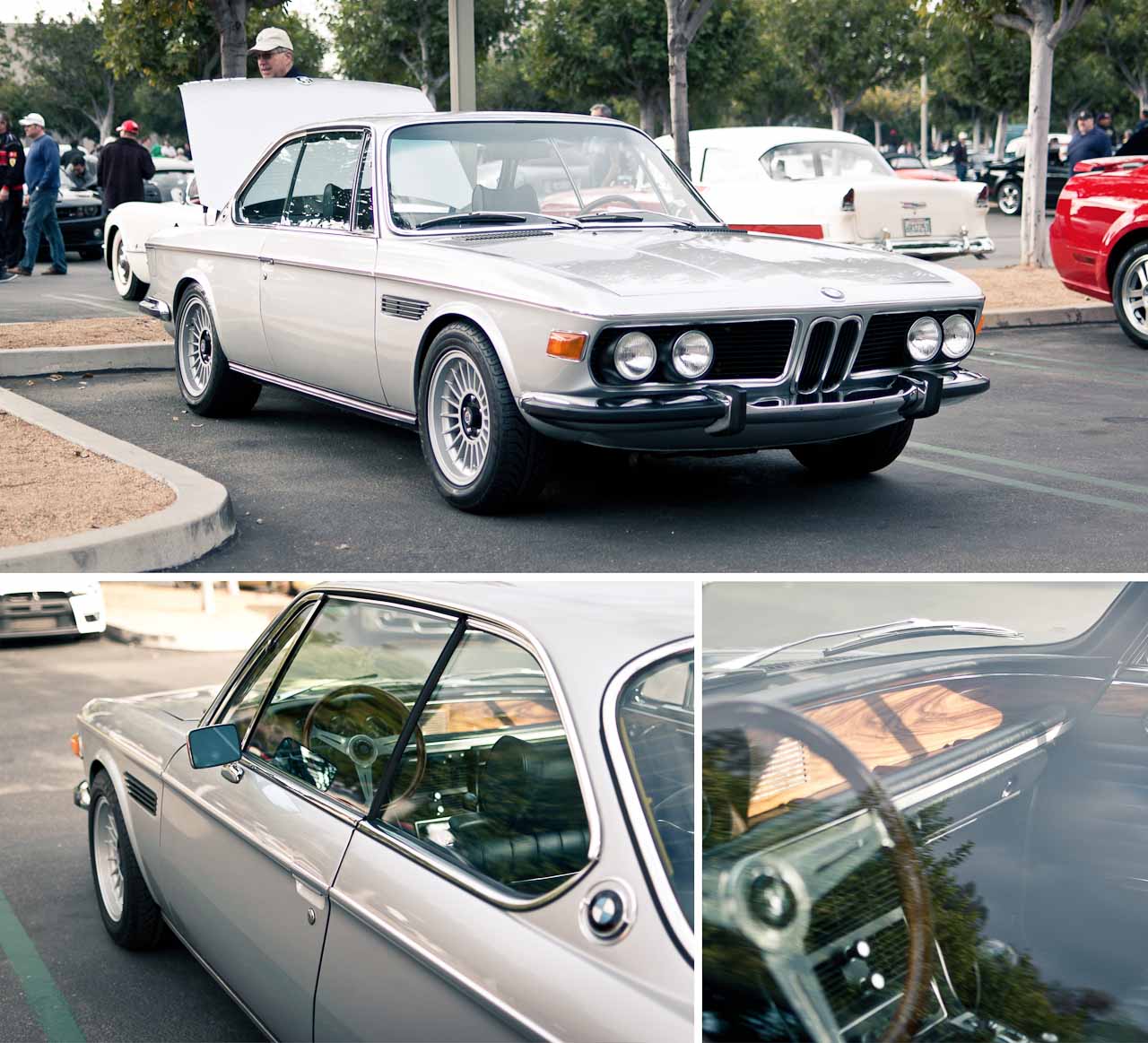 Ah, the E9 “Sharknose.” Classic BMW styling. You can definitely see the influence this car had on the new 6 series. I believe this was the 2800CS with Alpina B7 wheels. 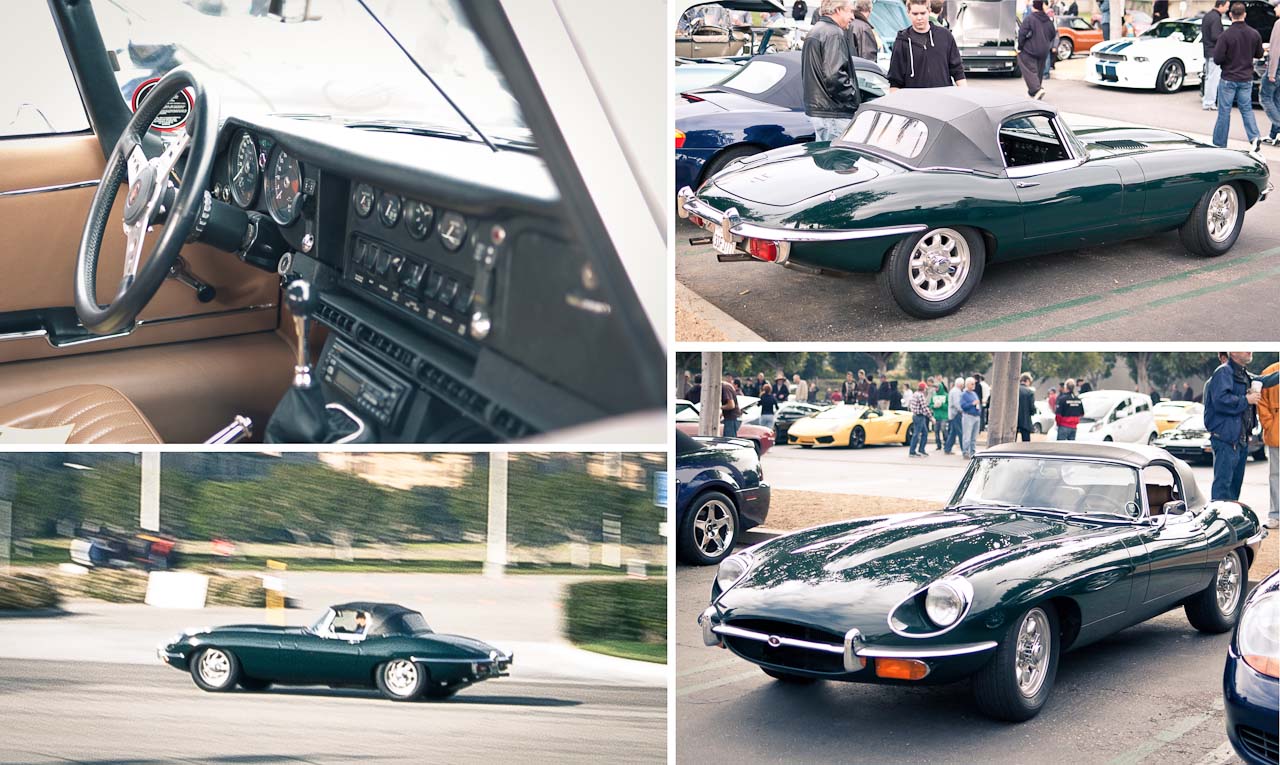 This XKE ‘vert looked so good in British Racing Green. Its extreme proportions always leave me awestruck. Enzo Ferrari himself said that it was “The most beautiful car ever made.” 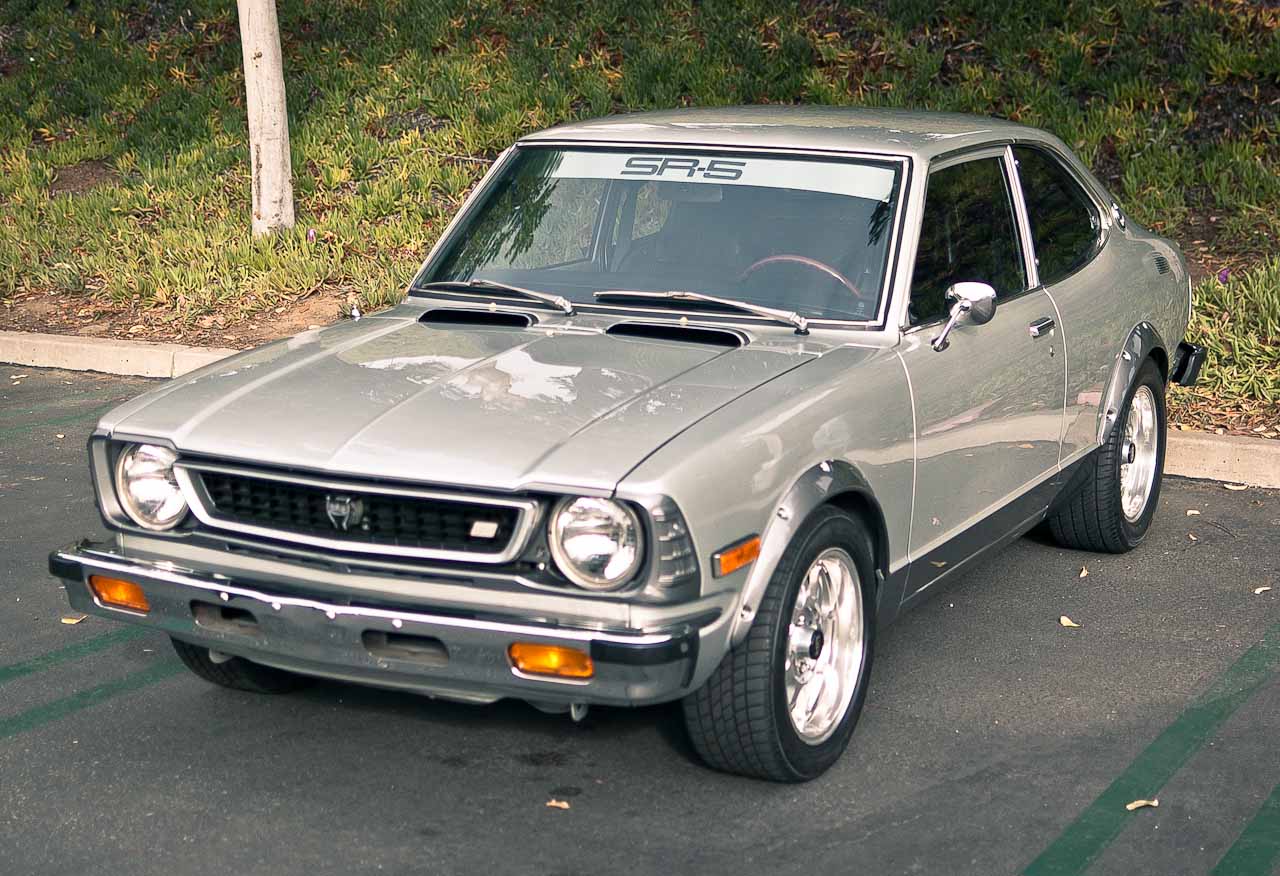 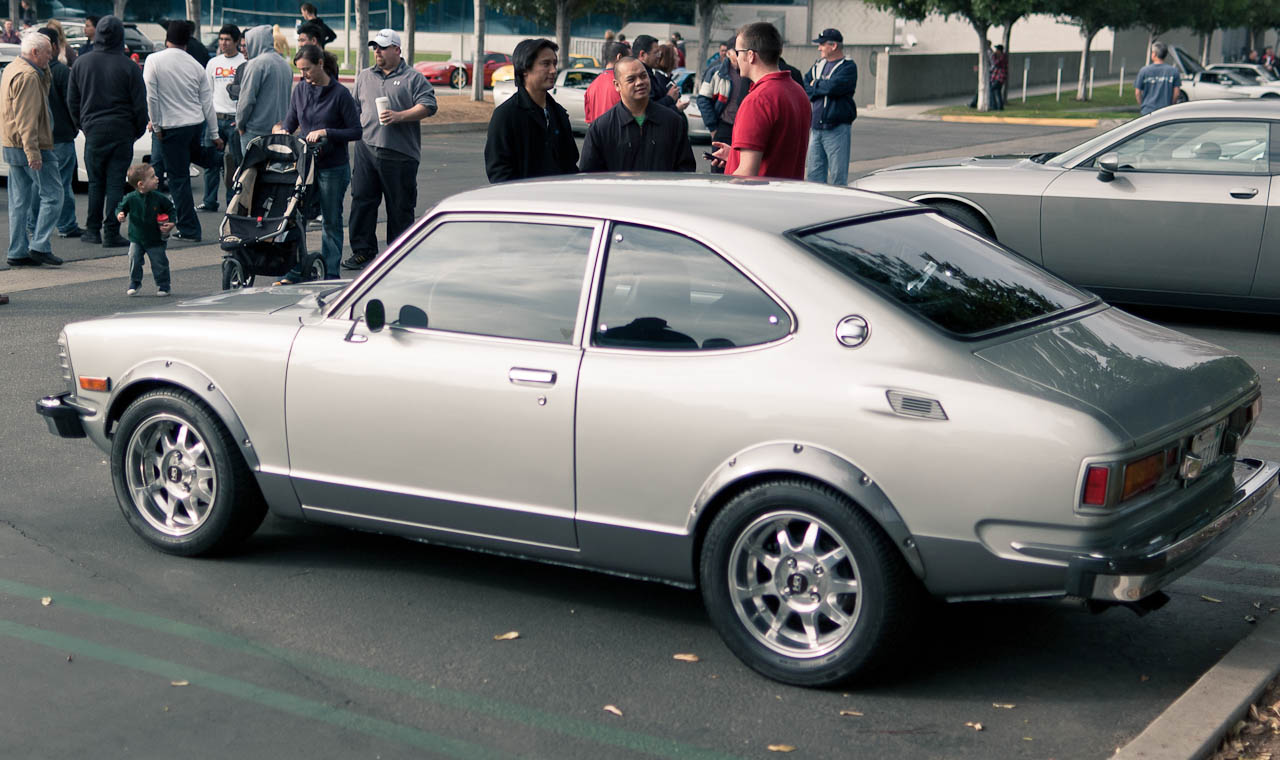 I found this E20 Corolla sitting all by itself. It’s amazing what a set of fender flares can do for an older car. 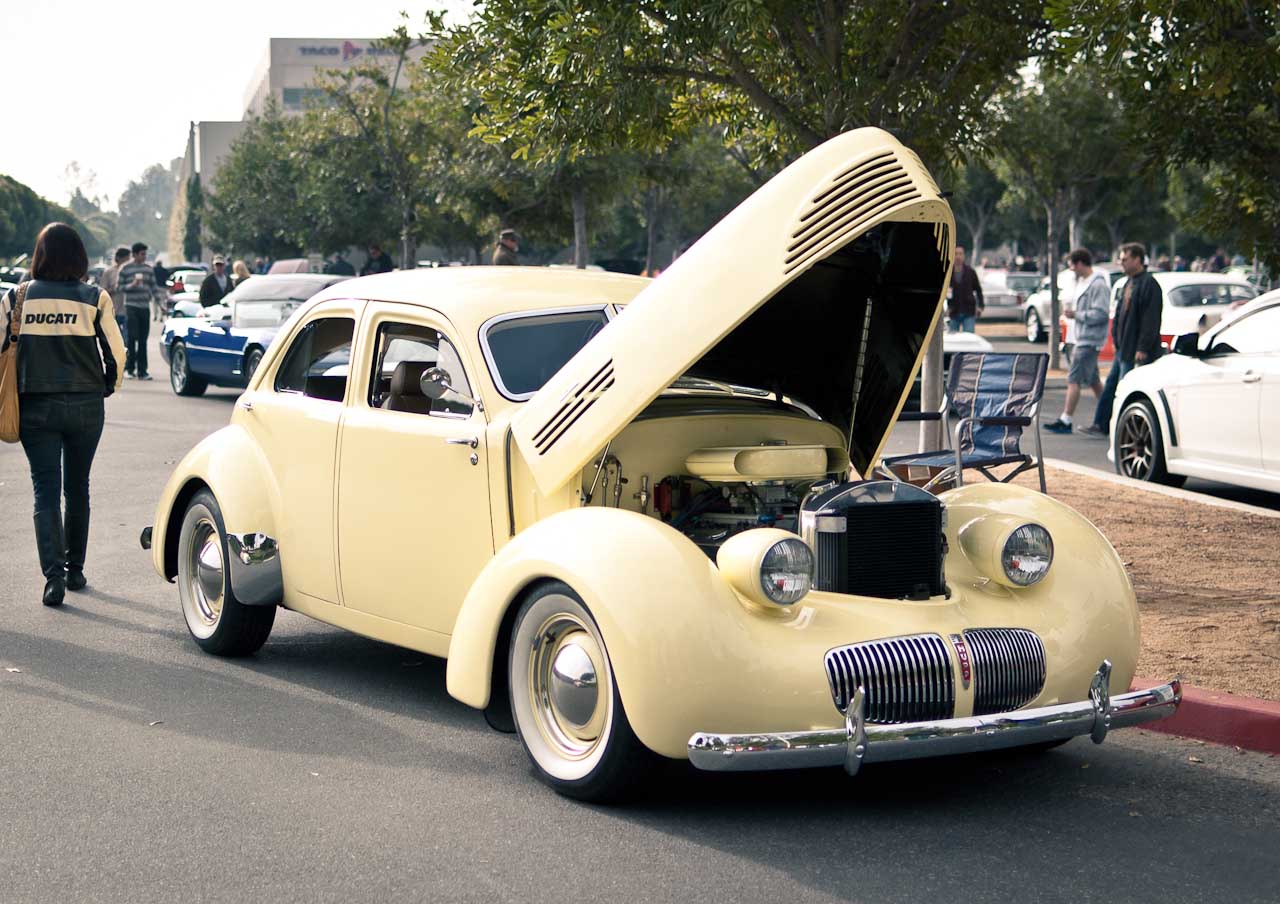 When I saw this car, I was thrown off just by how eccentric it looked. After some quick Google-fu, I found out it was a Hupmobile Skylark. It was produced for only 1 year due to the Great Depression. 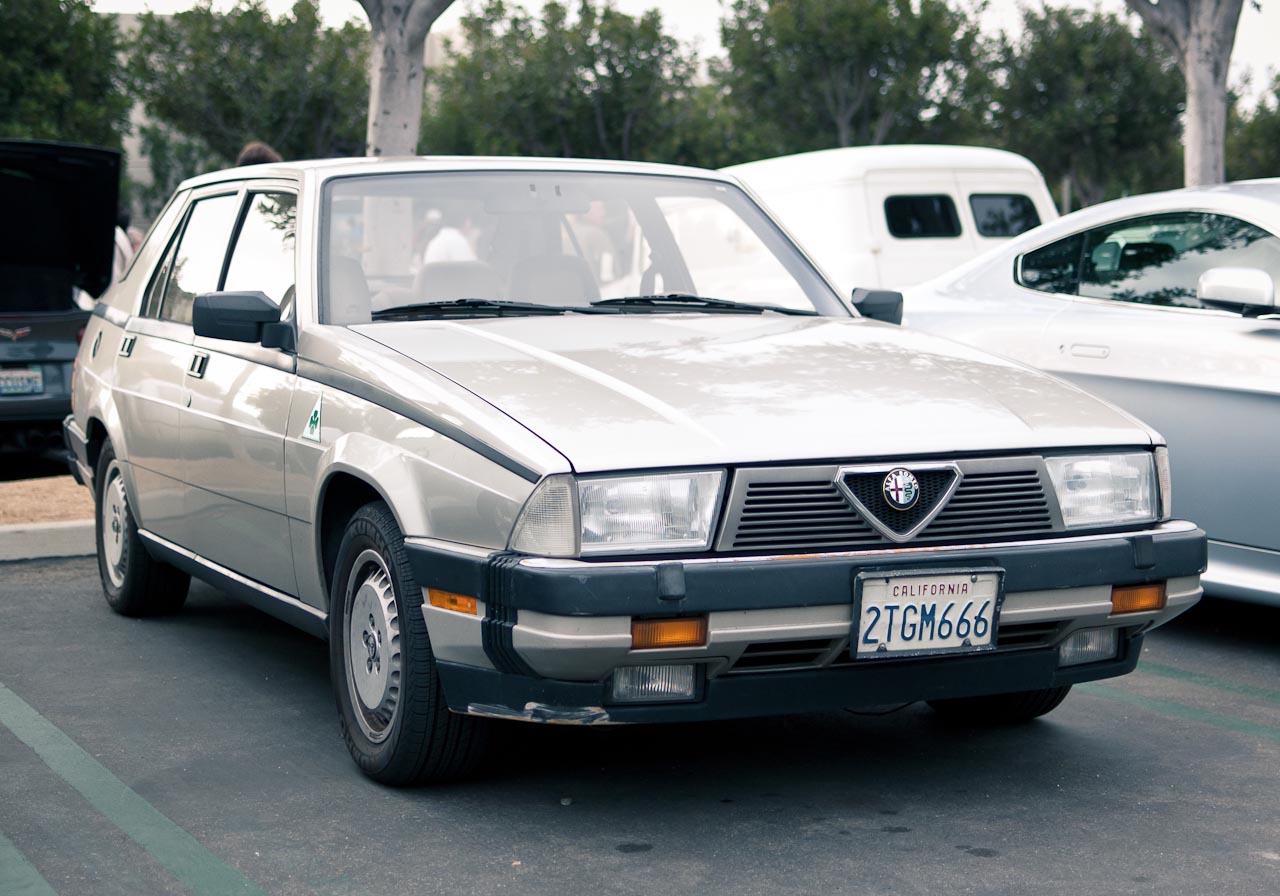 Look what I stumbled onto next; an Alfa Romeo V6 Milano. 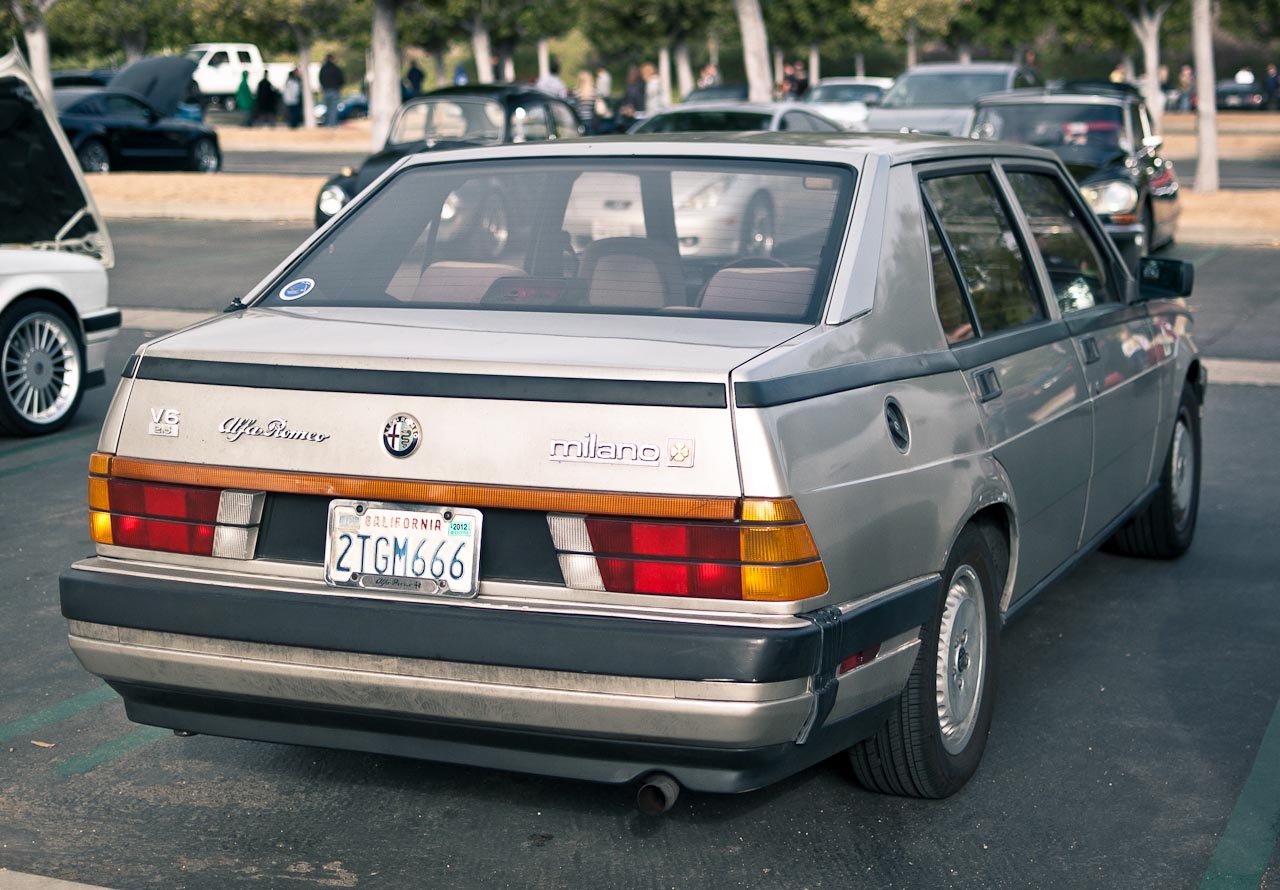 The Milano had rear wheel drive and a perfect weight distribution due to a transmission mounted in the back. The specs and soul of the car definitely make up for the wonky edges and proportions of this car, although there's something about how it looks that really appeals to me. I can't describe exactly what it is about the car that makes it so attractive, but I guess that's really the essence of what a proper Alfa should make you feel like. 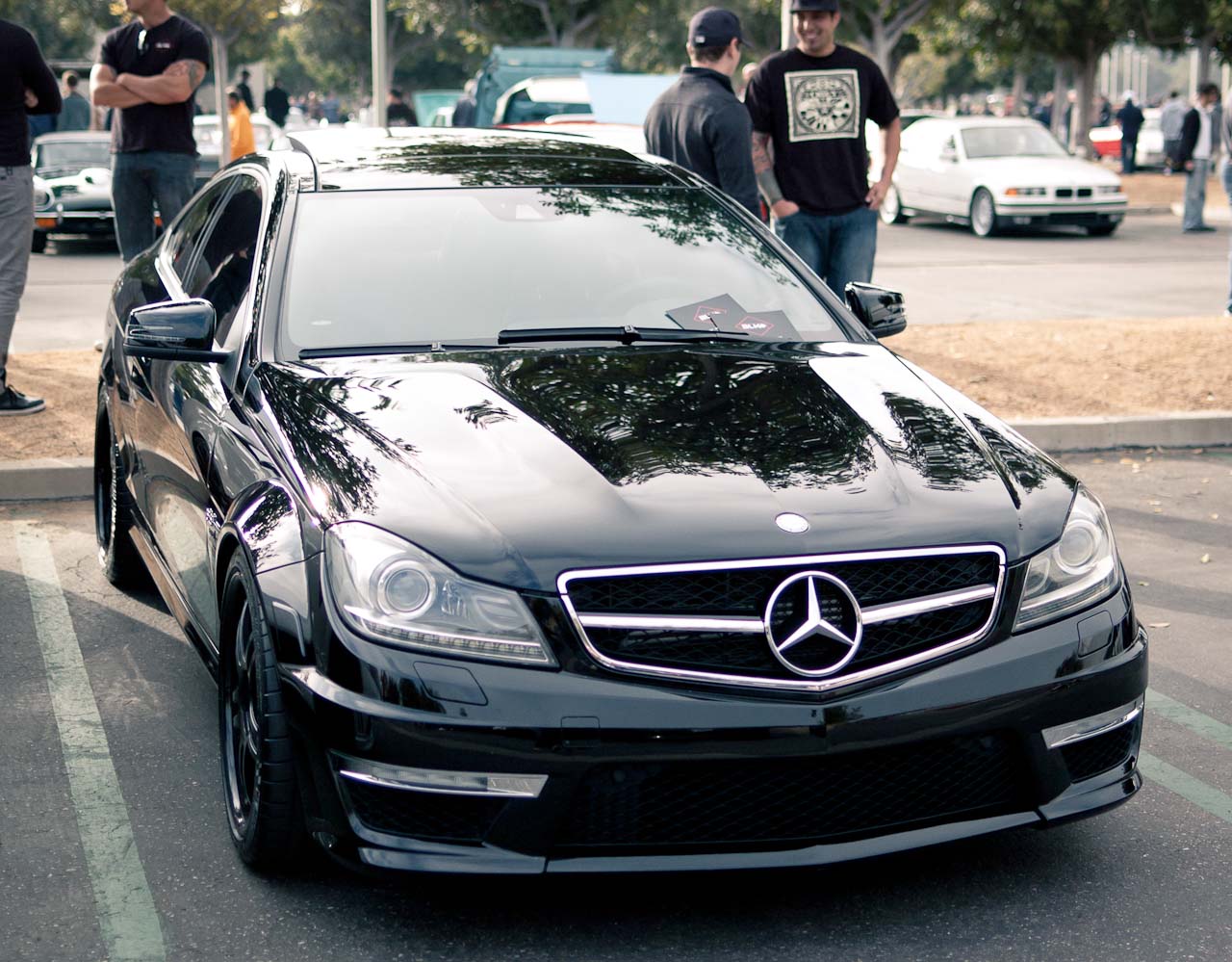 A C63 AMG by the guys at BLKD Group. Very menacing. 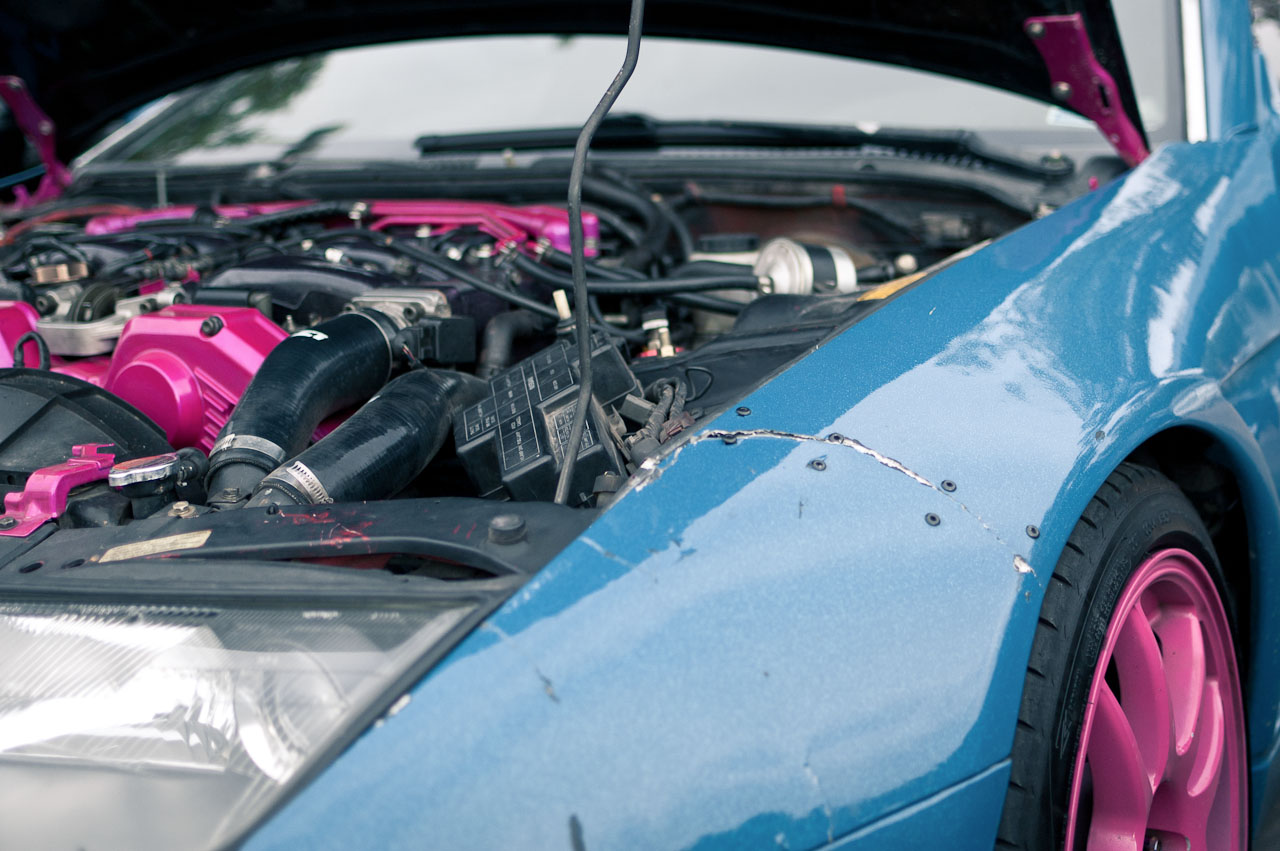 Battle scars on a Pink and Blue themed Z32. 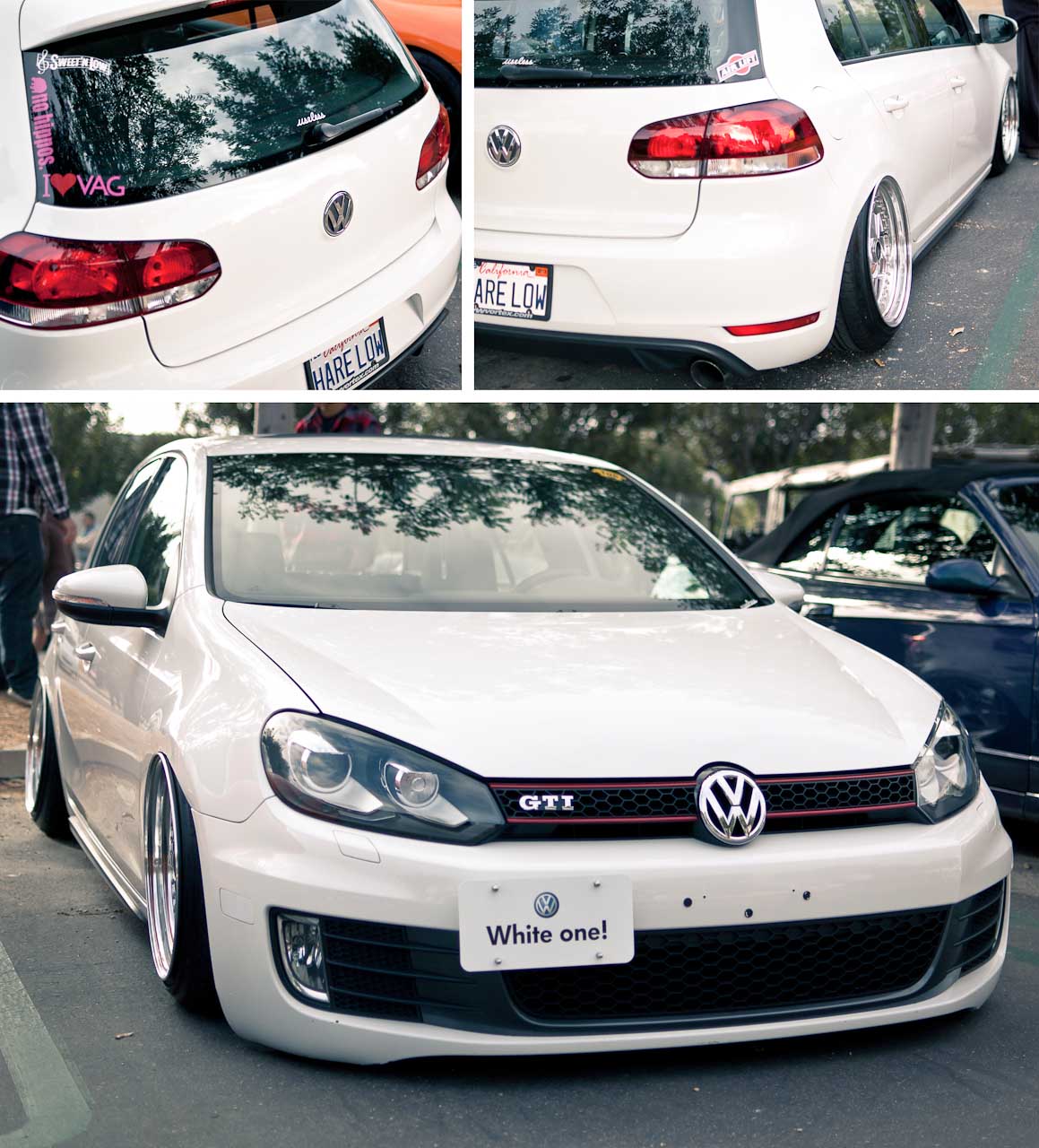 This thing was beyond slammed. Maybe a bit too much. No worries, just flick a switch and get it up to the desired height. Ah, the joys of air suspension. 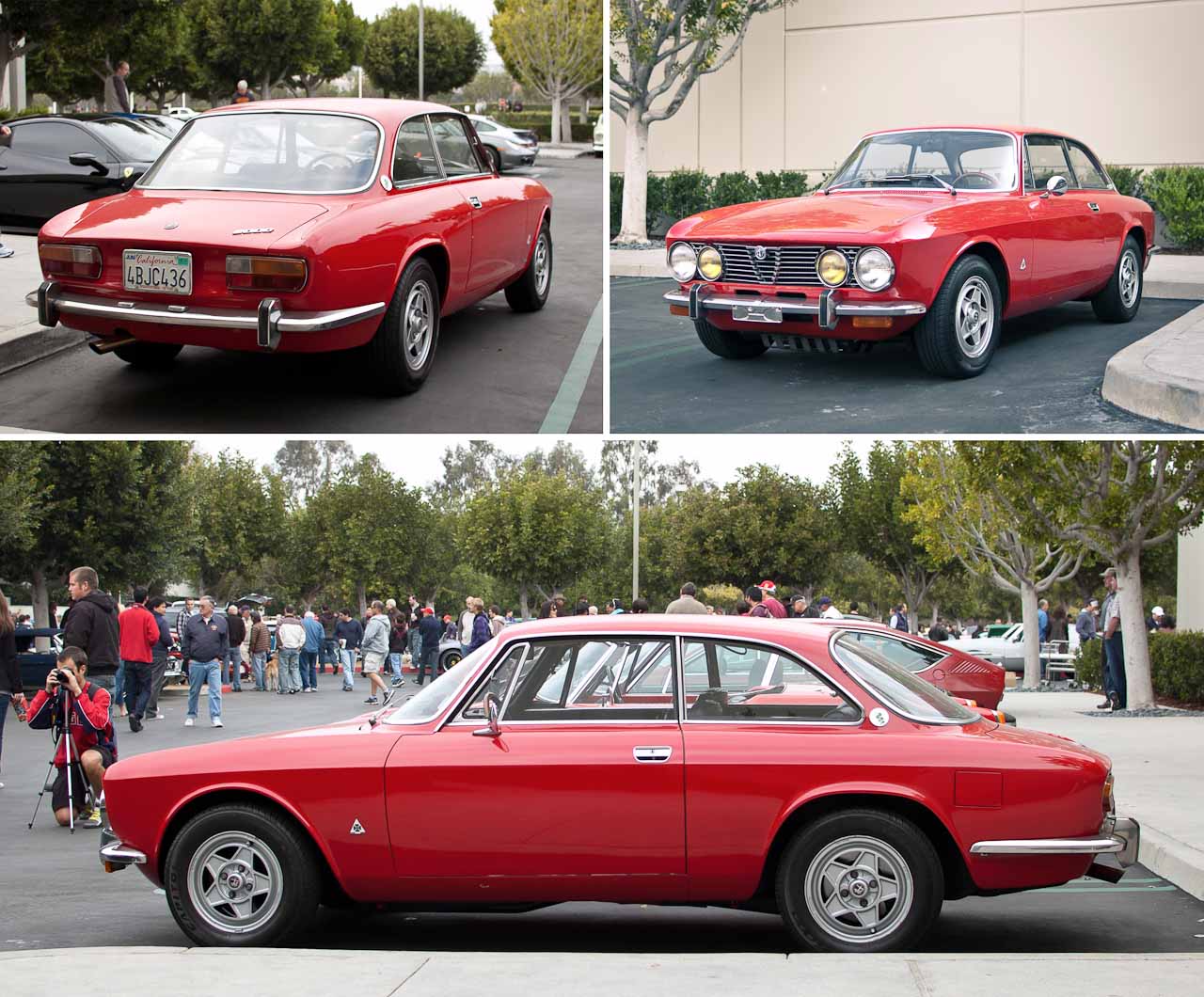 There’s always a group of Alfa Romeos at Cars and Coffee, and this week was no exception. Shown here is the Alfa Romeo Giulia 2000 GTV.  Personally my all-time favorite Alfa. 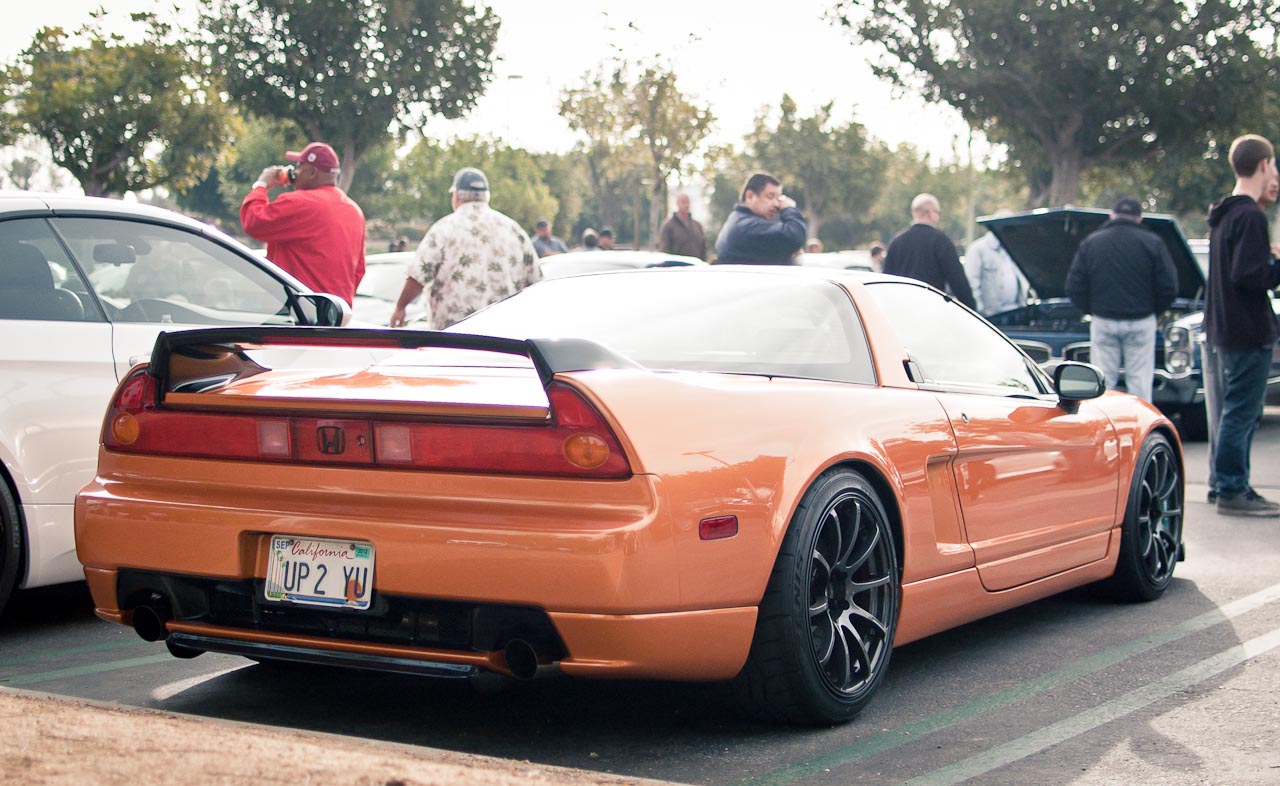 The NSX was an engineering masterpiece. It was faster and more reliable than its European rivals, and showed what Honda was capable of. Instead of simply upping the displacement or adding more turbos, Honda wisely decided to balance and lighten the car, and the results were spectacular.

For me, the proportions and minimal detailing really made the car. It’s really a near perfect example of form following function. 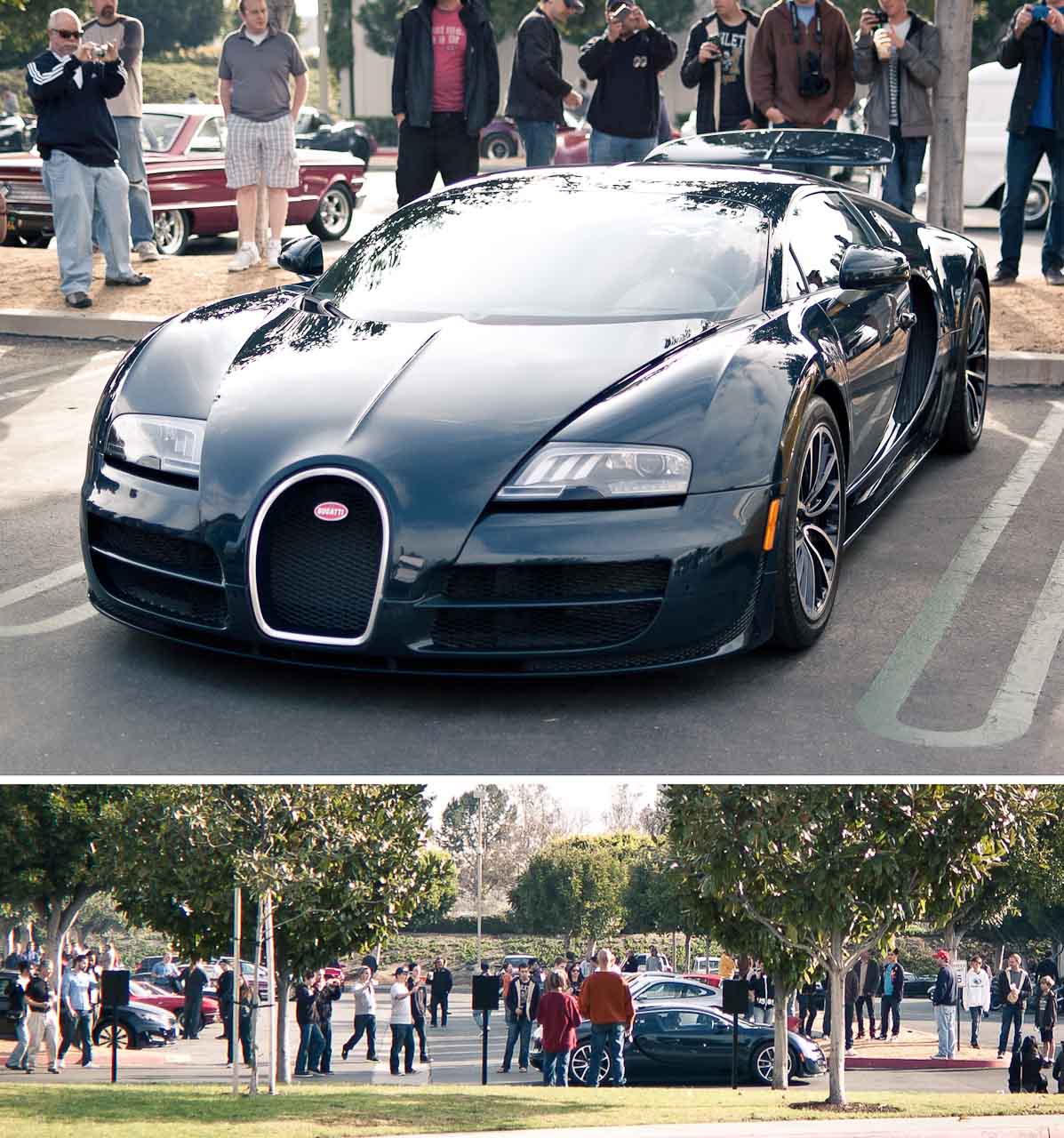 The unusually large crowd that formed over this Veyron Super Sport guided me to this car. The Super Sport had unbelievable presence, especially with its wing and raw carbon fiber body. As it left, the whole crowd followed to hear the roar of the massive W16 engine. 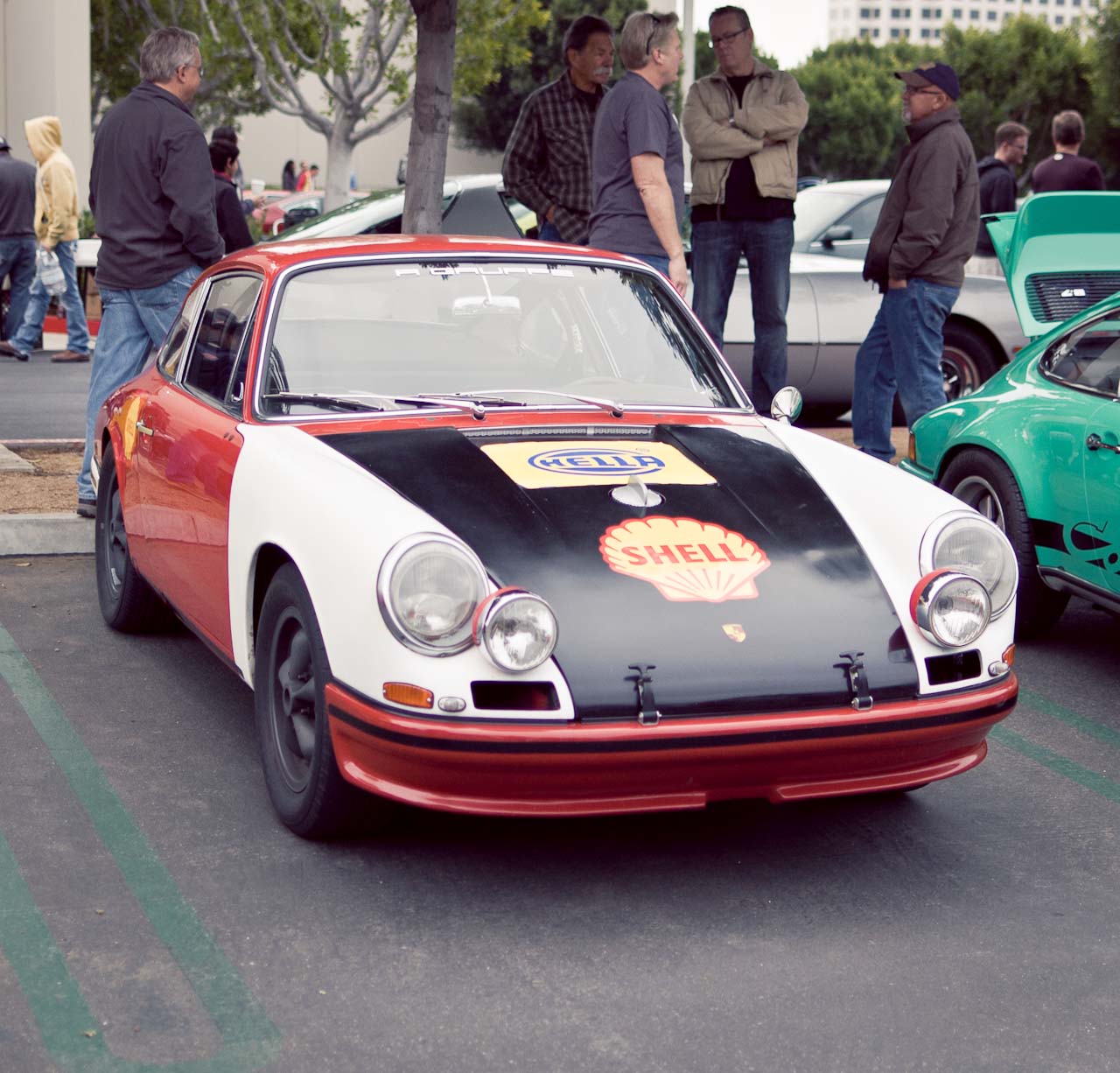 Whoever drives this classic rally spec 911 this has my utmost respect. 911s are scary enough as it is on asphalt, and I can’t even begin to imagine driving it in dirt. 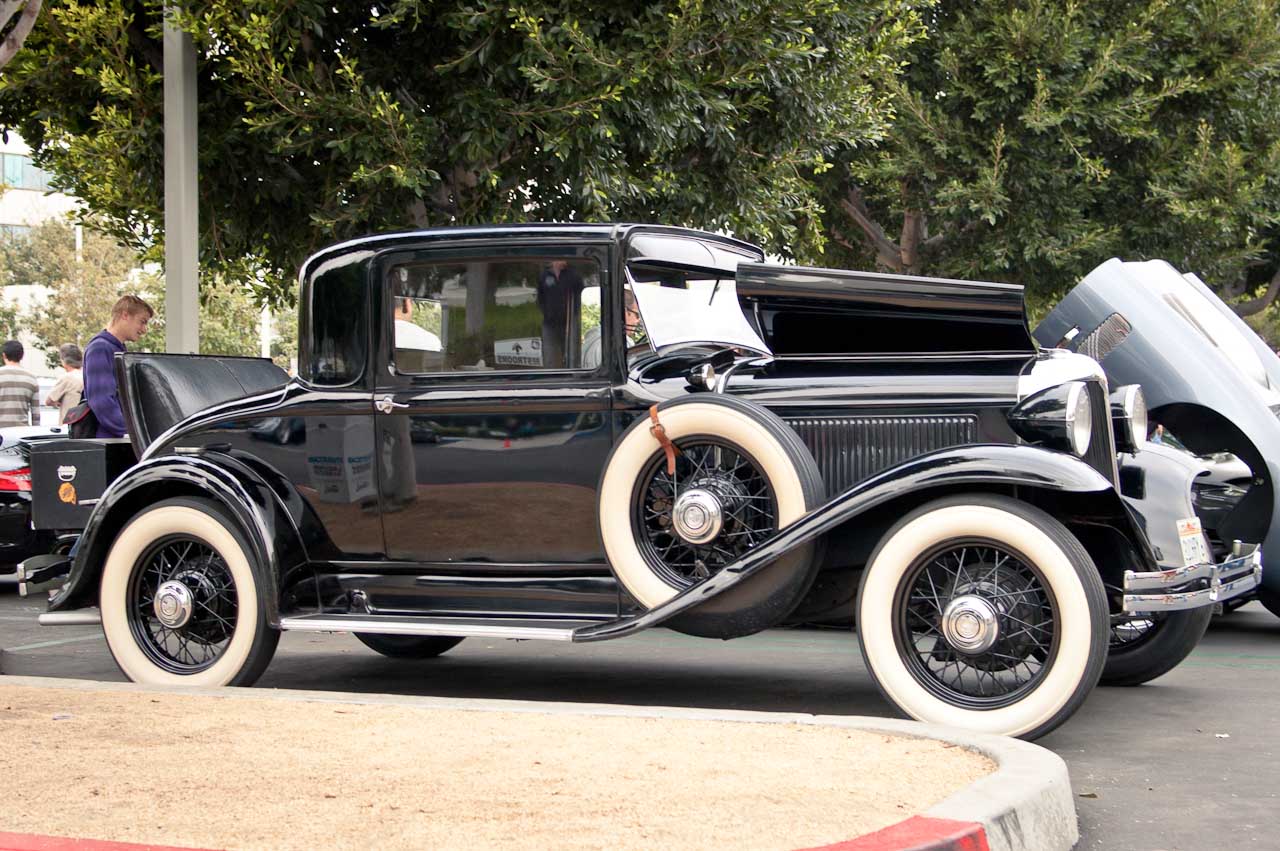 As I was about to leave, a black car with a trunk seat caught my eye, and I had no idea what it was. I had to find out. 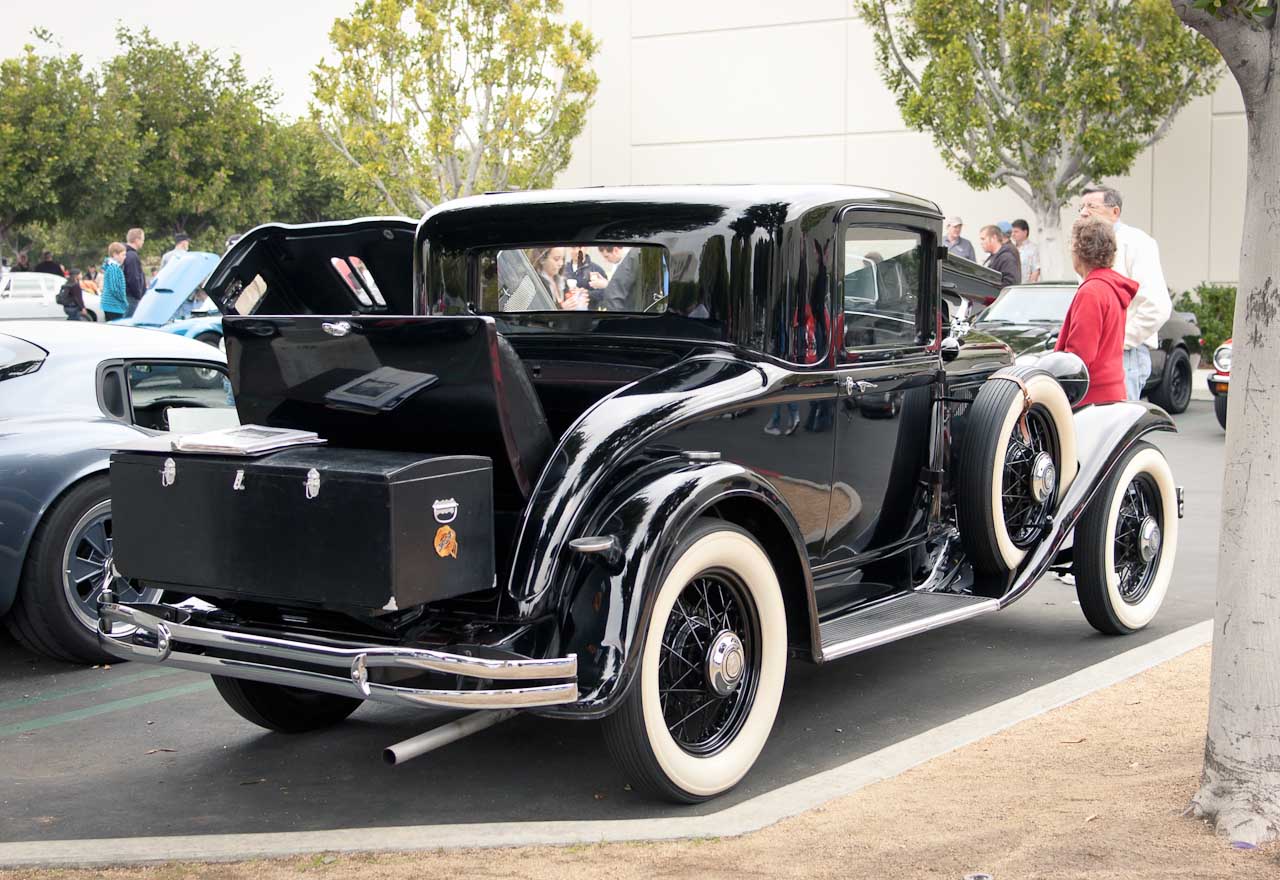 As I walked around it, I found a booklet containing paperwork all the way back from when the Chrysler Six was bought brand new in 1926. It also included ads from the era and photos of family through the decades, which made for a very interesting read. Cars like this are the reason I love Cars and Coffee. It opens your eyes to a number of different cars from different eras you might have missed otherwise.

And with that, we’d like to conclude our first coverage of Cars and Coffee. See you next time!