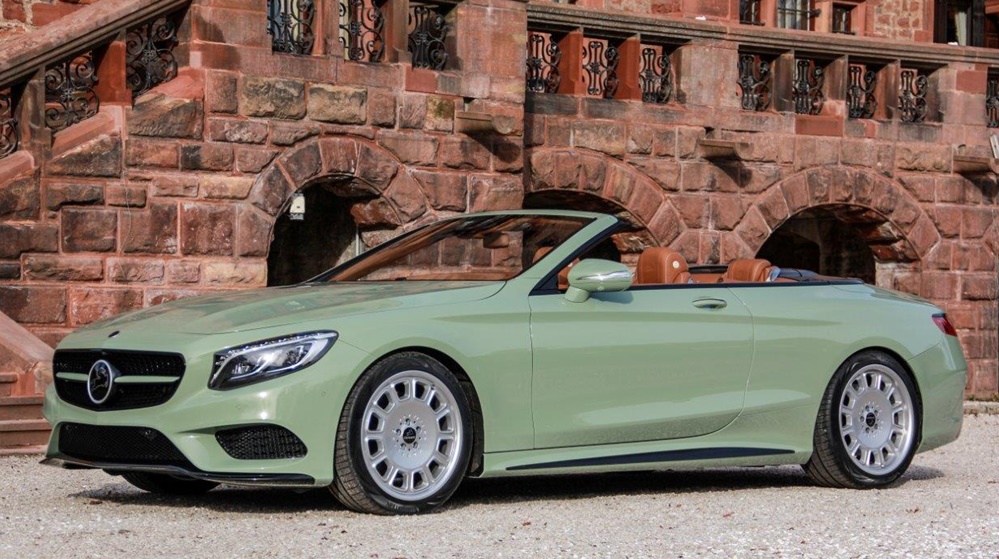 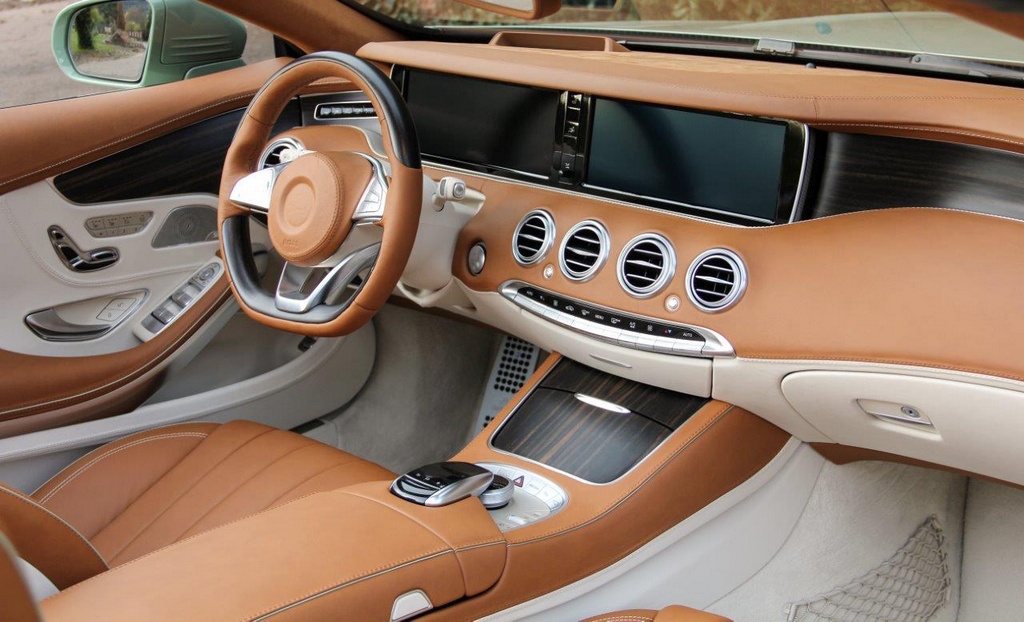 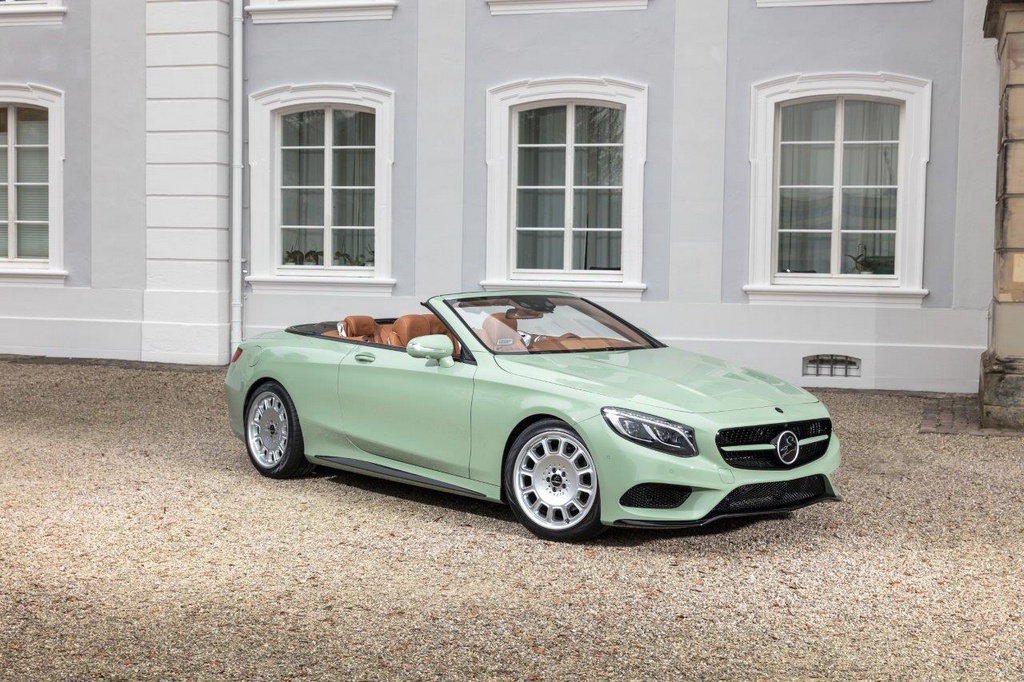 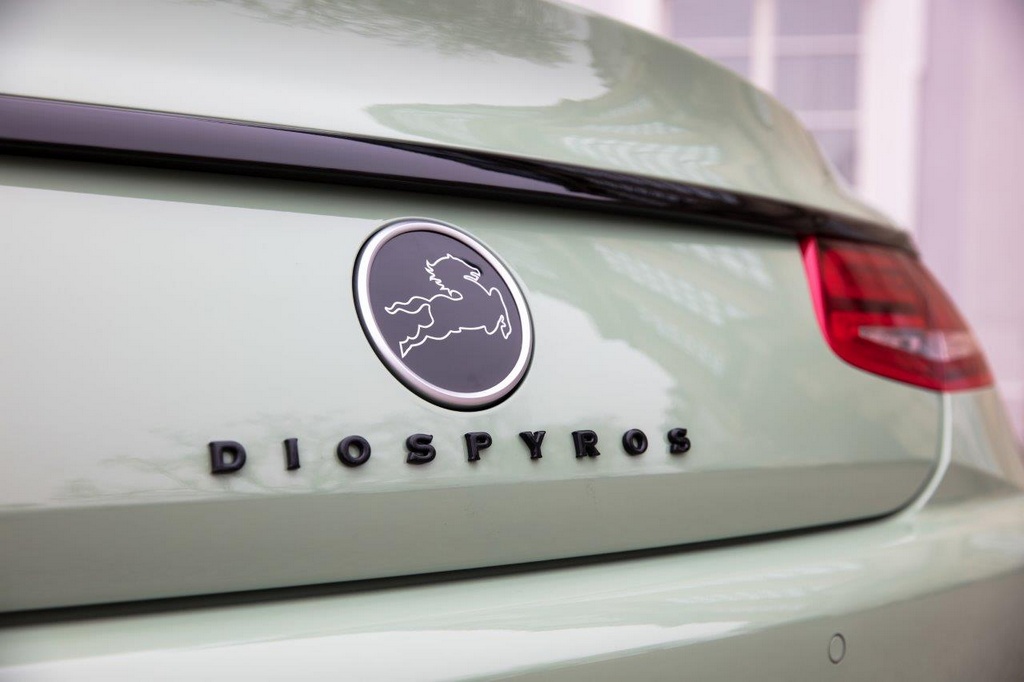 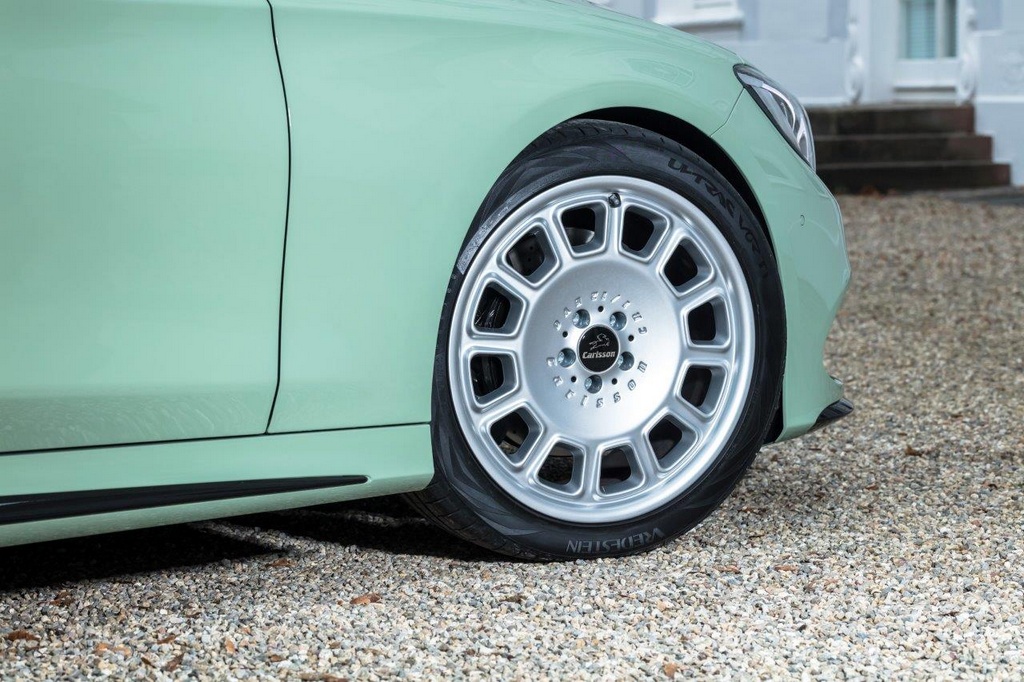 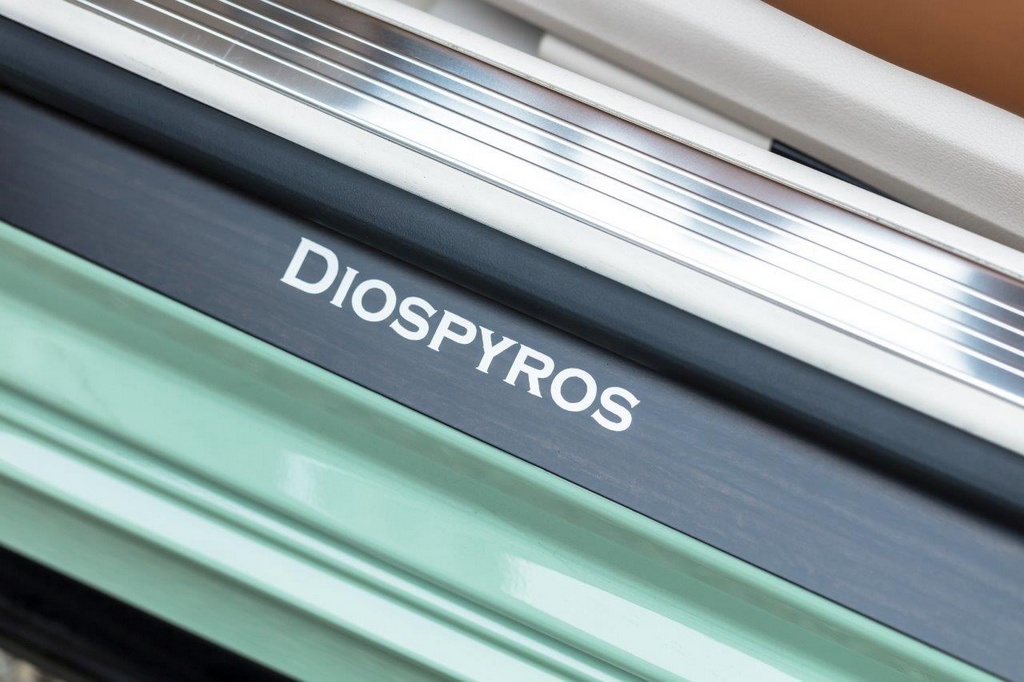 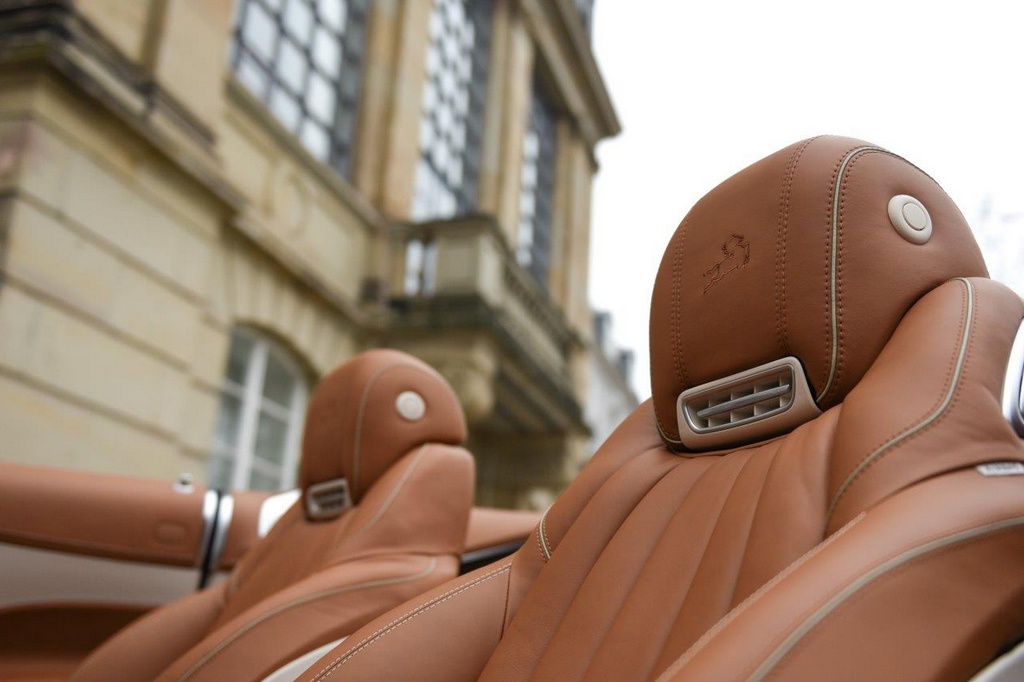 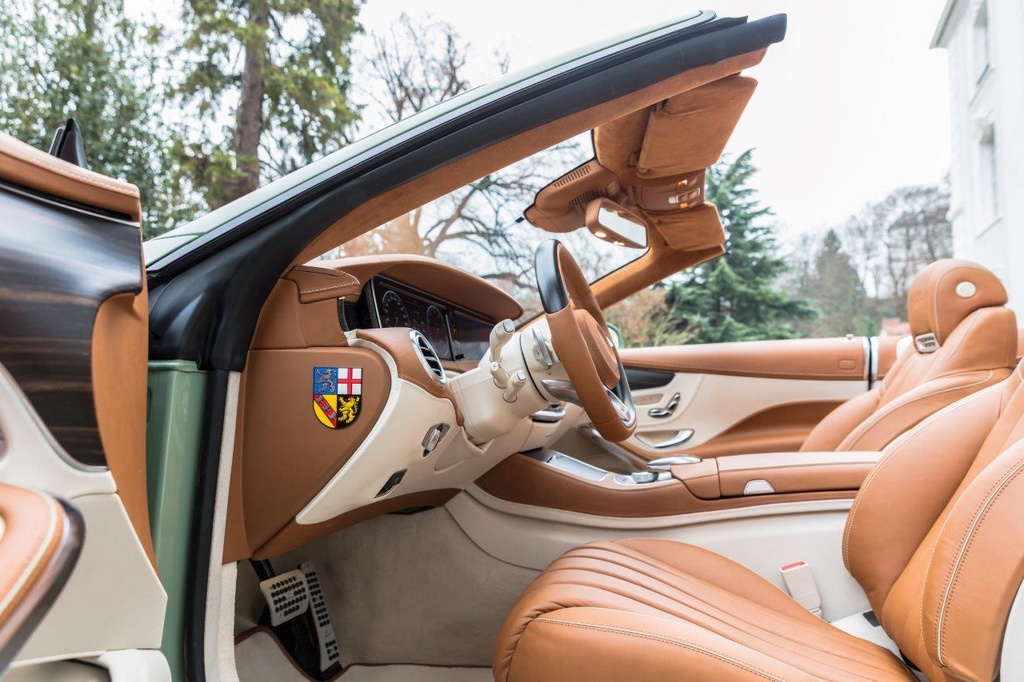 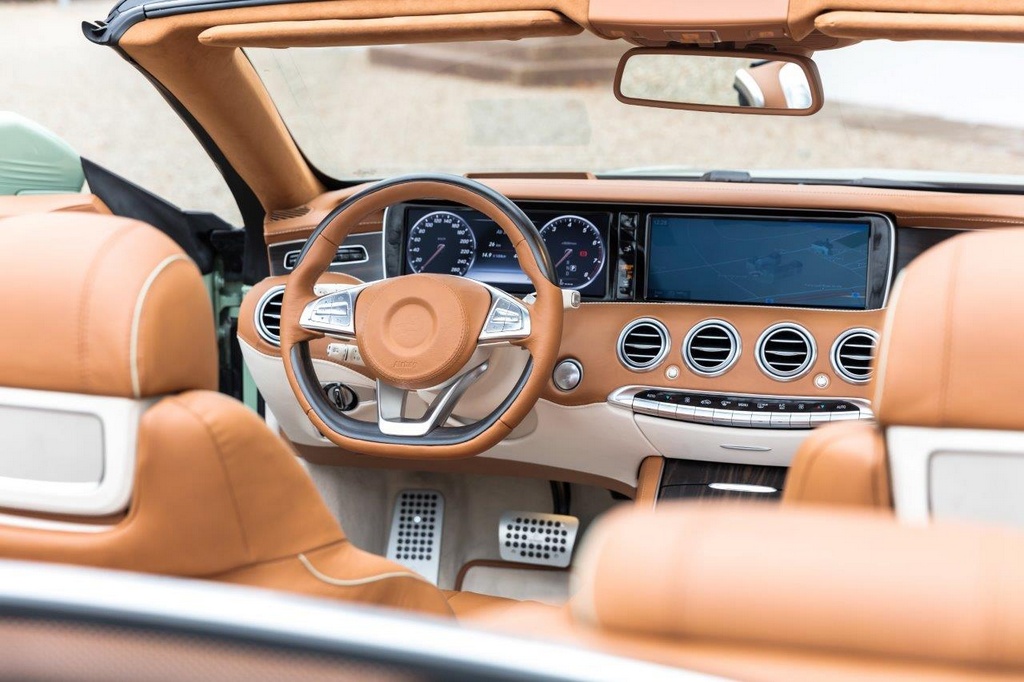 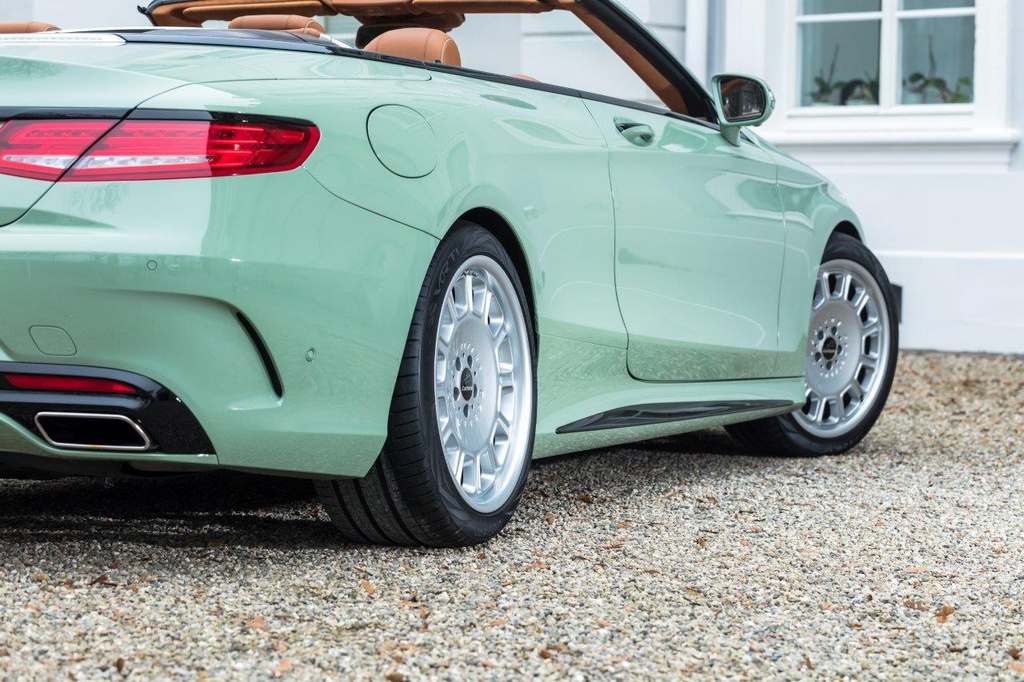 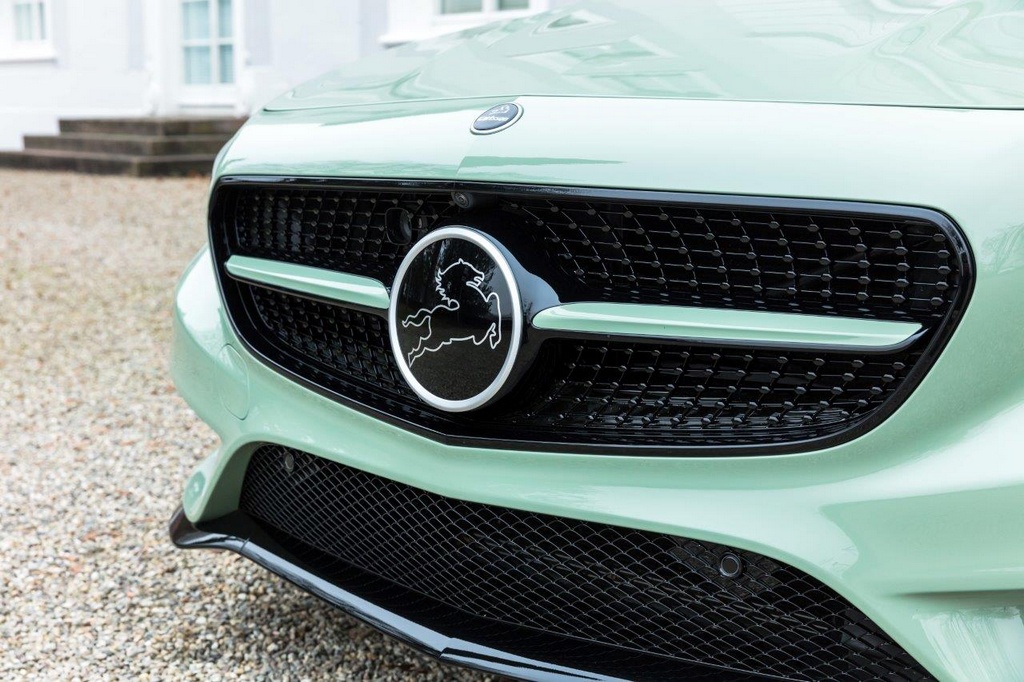 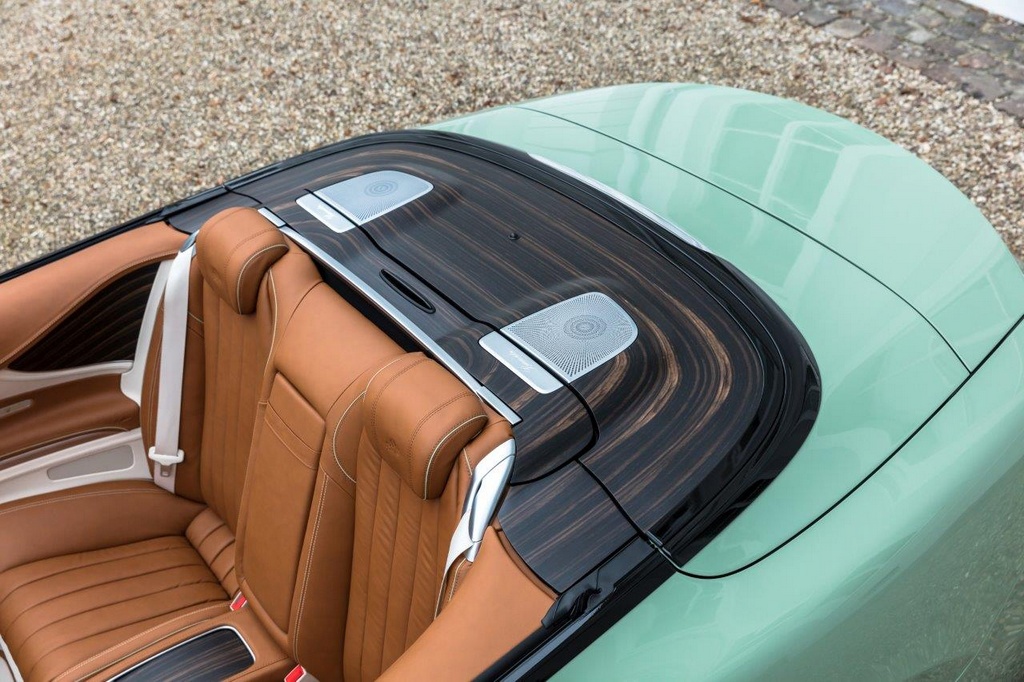 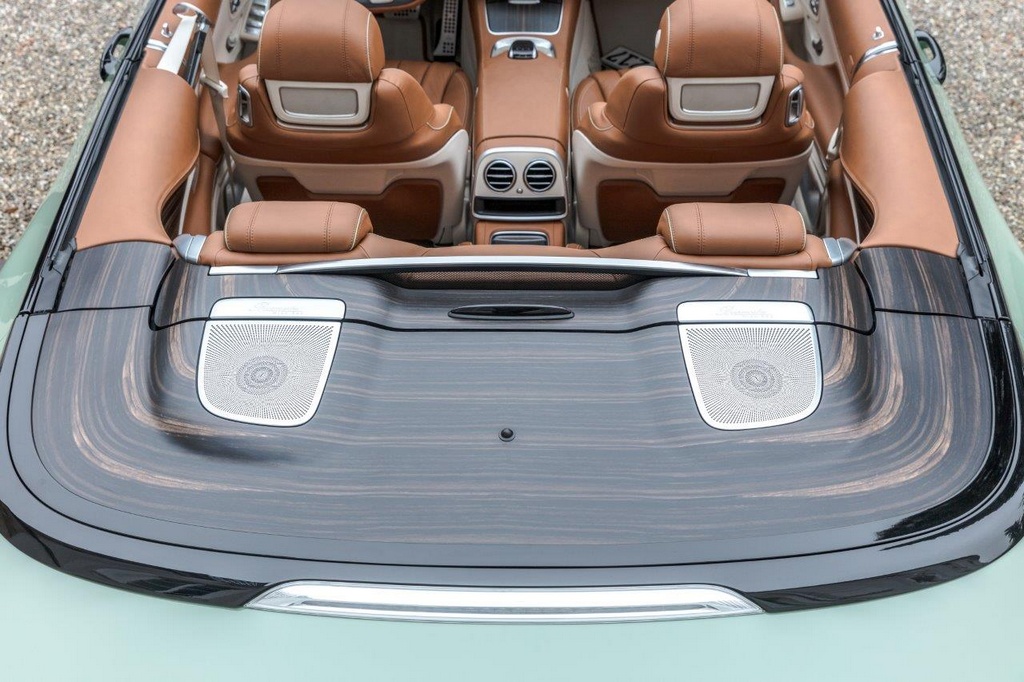 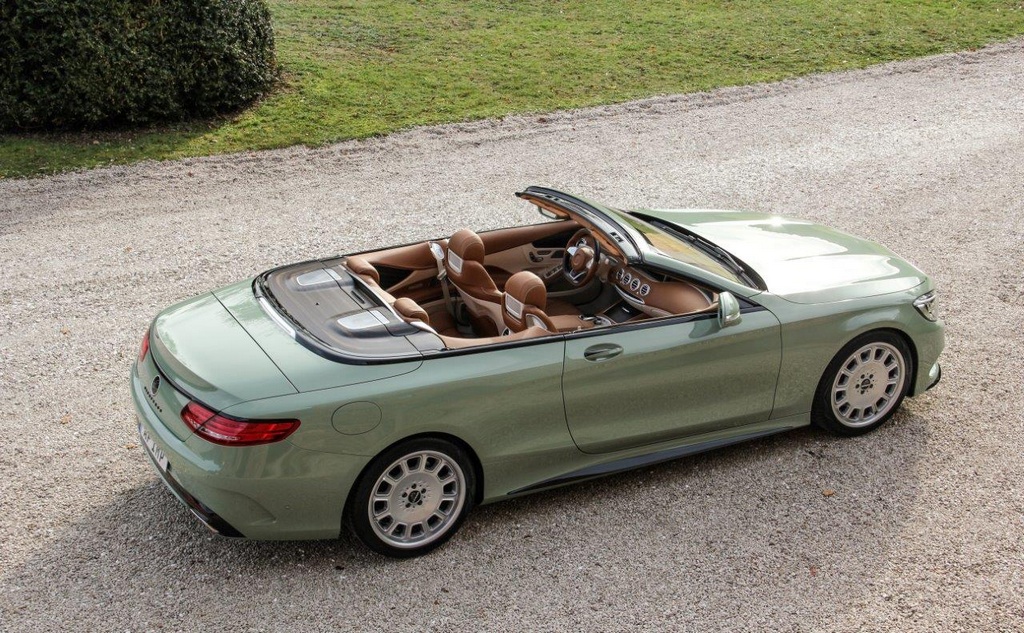 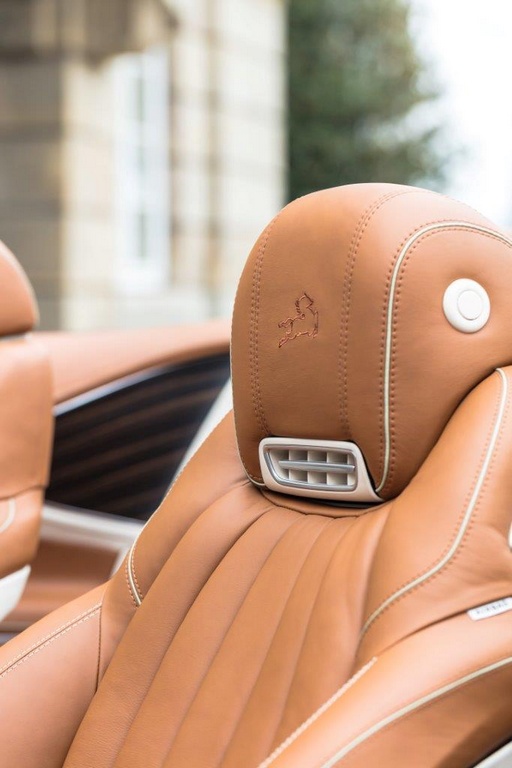 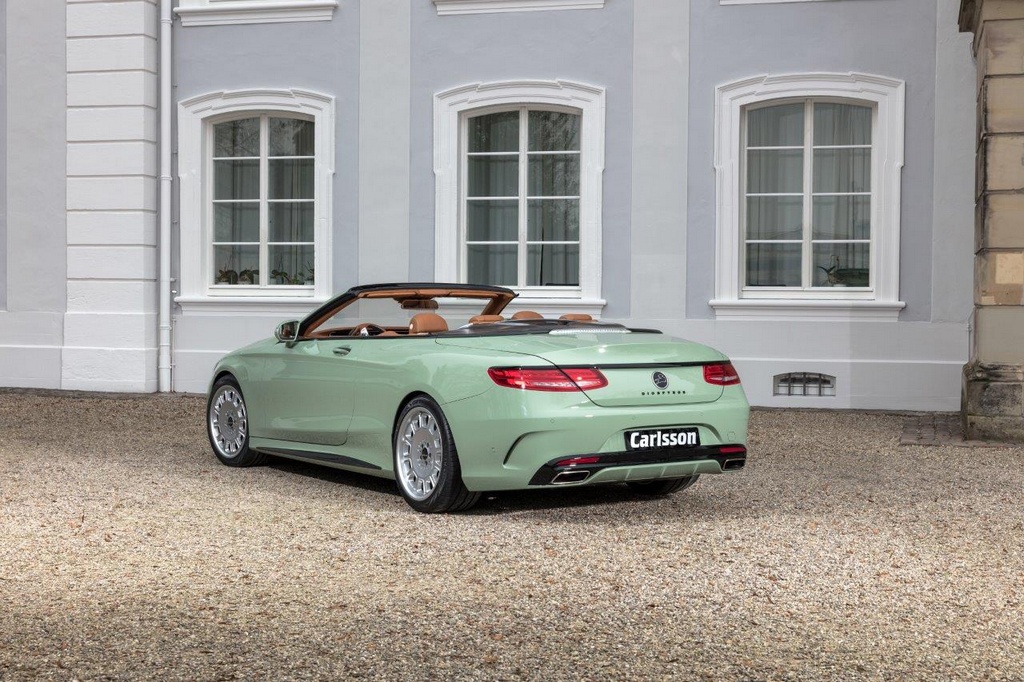 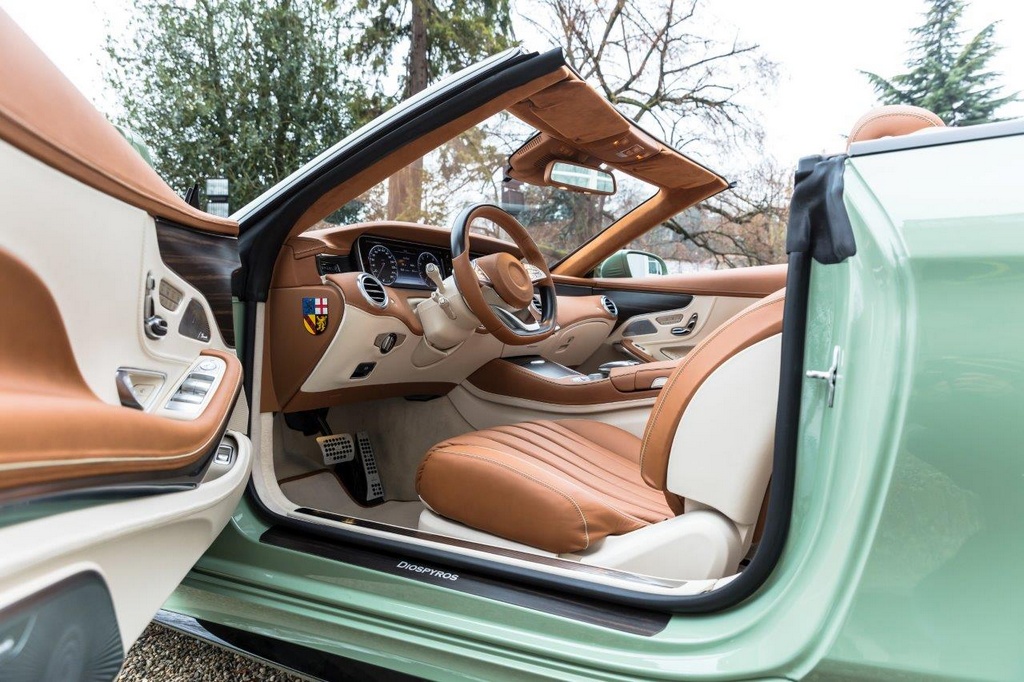 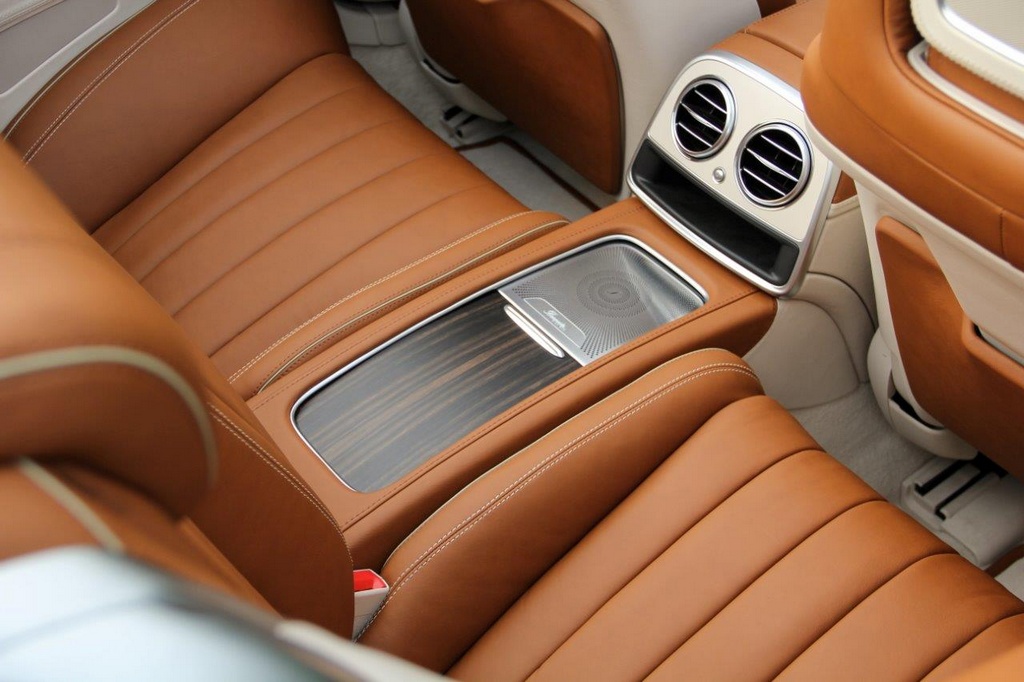 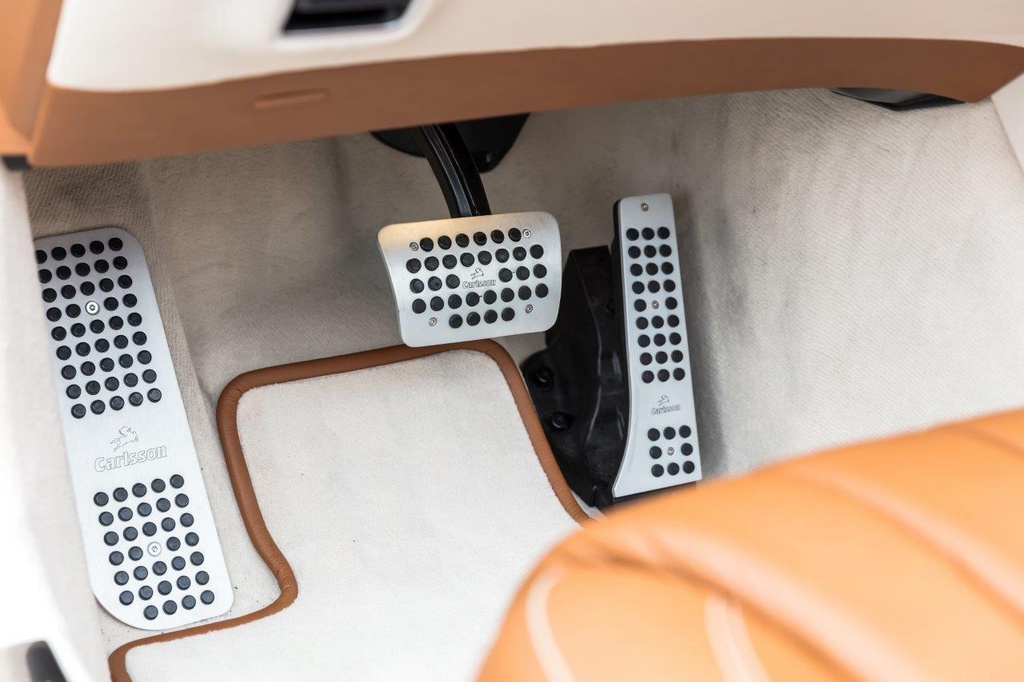 The recent return of the factory-built S-Class Cabriolet to the Mercedes-Benz lineup after a five generation hiatus came as somewhat of a surprise, but when you consider how many Continental GTCs Bentley has moved, its return doesn’t seem so surprising anymore. Also unsurprising is the fact that tuners – particularly ones that specialize in Mercedes-Benz products – have immediately warmed  up to the big, baller ragtop, and Carlsson has throw its hat into the ring with the regal retro-inspired machine you see before you.

It’s called the Carlsson Diospyros after Diospyros crassiflora, the scientific name of the West African ebony tree. The wood of this rather exotic tree is strategically sprinkled throughout the convertible’s cabin, as well as on the convertible top boot cover. Couple that with the luscious Nappa leather in “Vintage Cognac,” the minty “Carlsson Heritage Green” exterior paint and the elegantly simple Carlsson 1/12 EVO wheels and you have a car that, to us, has strong echoes of a mid-‘70s to early-‘80s Mercedes-Benz.

Of course, few Malaise Era Merc engineers could have even dreamed of the computer-controlled 4.7L twin-turbo V8 and 9-speed automatic transmission found under the S 500 Cabriolet (known here in North America as the S 550 Cabriolet). Even so, the stock 449 horsepower and 516 lb.-ft of torque was deemed insufficient by the Carlsson boffins, so they added upgrade parts to raise output to 542 horsepower and 590 lb.-ft. Alas, all that extra speed and swag will cost you a pretty penny: A complete Diospyros conversion, with donor vehicle, will cost you anywhere from about $226,000 to about $355,000 depending on the model of S Cabrio you tell Carlsson to start with and what options you want.