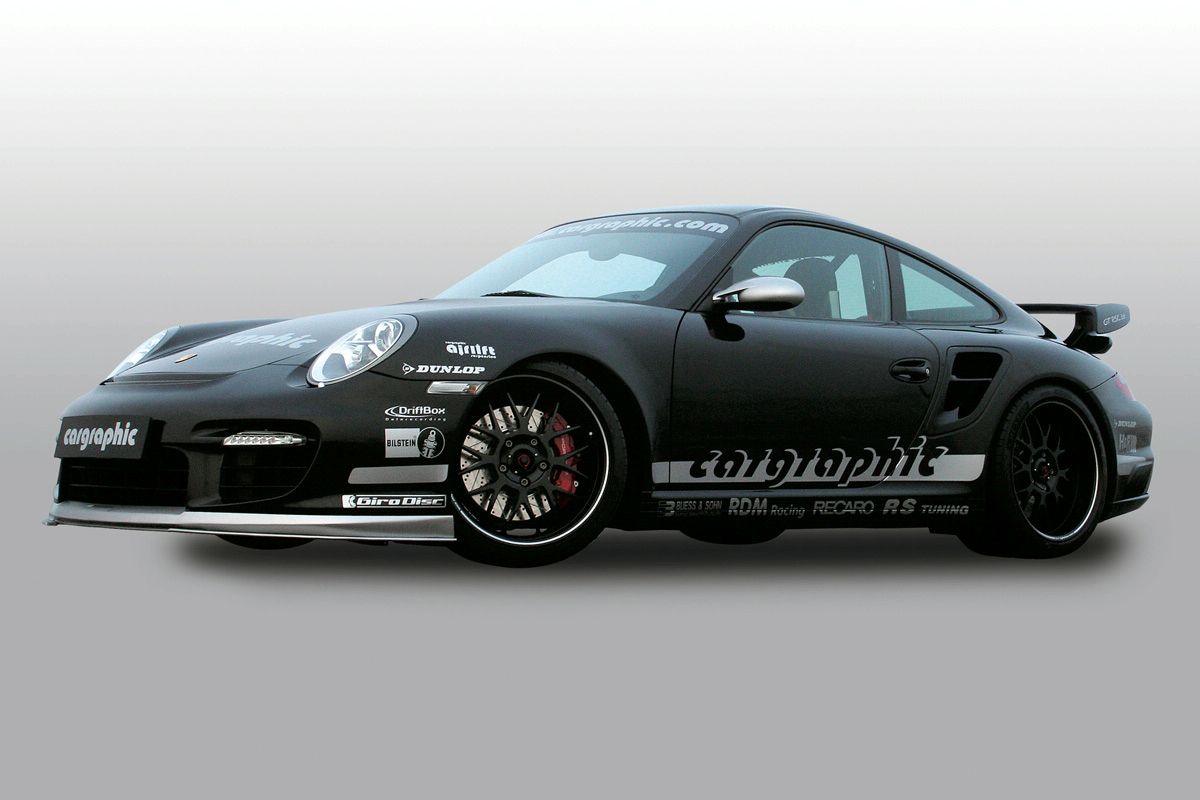 On September 5th, 2009, a competition was held in Papenburg, Germany, to determine the best accelerating car available today. This showdown – one of the coolest, most extreme and rigorous in the automotive world today – is an annual event held by Sport Auto magazine. When these guys have a slug-fest on the race track, they call fighters from all camps. Here’s a brief list of the players at this particular brawl: Lamborghini LP670 SV, Gumpert Apollo, Koenigsegg CCX,  Porsche 997 Turbo, Cadillac CTS-V, Aston Marton V12 Vantage, Porsche 997 GT3. But Sport Auto was also out to find the best car available, not the best one available in a pretty showroom that has an espresso machine and a salesman with a watch bigger than his brain.

The best exotics came to the same ring as some of the fastest tuner cars on the planet and went home defeated. And who was the top dog? The Cargraphic Porsche 997 Turbo, referred to as the RSC 3.6, waxed each factory exotic. It went from 0-60 in 3 seconds flat, faster than any other car on the track that day. It hit 120 mph in 9.1 seconds, again faster than any car there. It was only at the highest speeds that it was passed by the Geiger Ford GT, hitting 180mph in 23.8 seconds compared to 22.8 for the Ford. 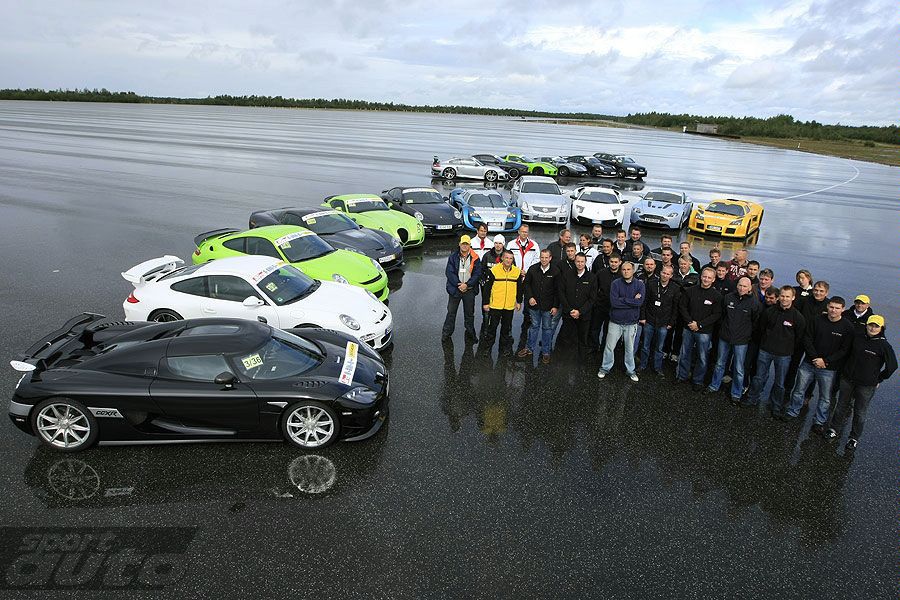 Here’s why the Cargraphic Porsche is so special: it weighs in with 100 fewer horsepower than that Ford, and in the 0-300-0 race it was only .5 seconds behind it. While second place isn’t as good as first, when you consider what the Porsche beat, it suddenly becomes clear why this car is so impressive. It was .8 seconds ahead of the Koenigsegg CCX. The CCX is an AWD car with over 800hp and happens to be best friends with Mr. Veyron and Princess Zonda. And a small car, with only 618 horsepower, destroyed it. I say “only” because that is the state of performance cars today. If you see a 0-60 time over 4.5 seconds, it better be from a big sedan or a car that costs less than $40,000. 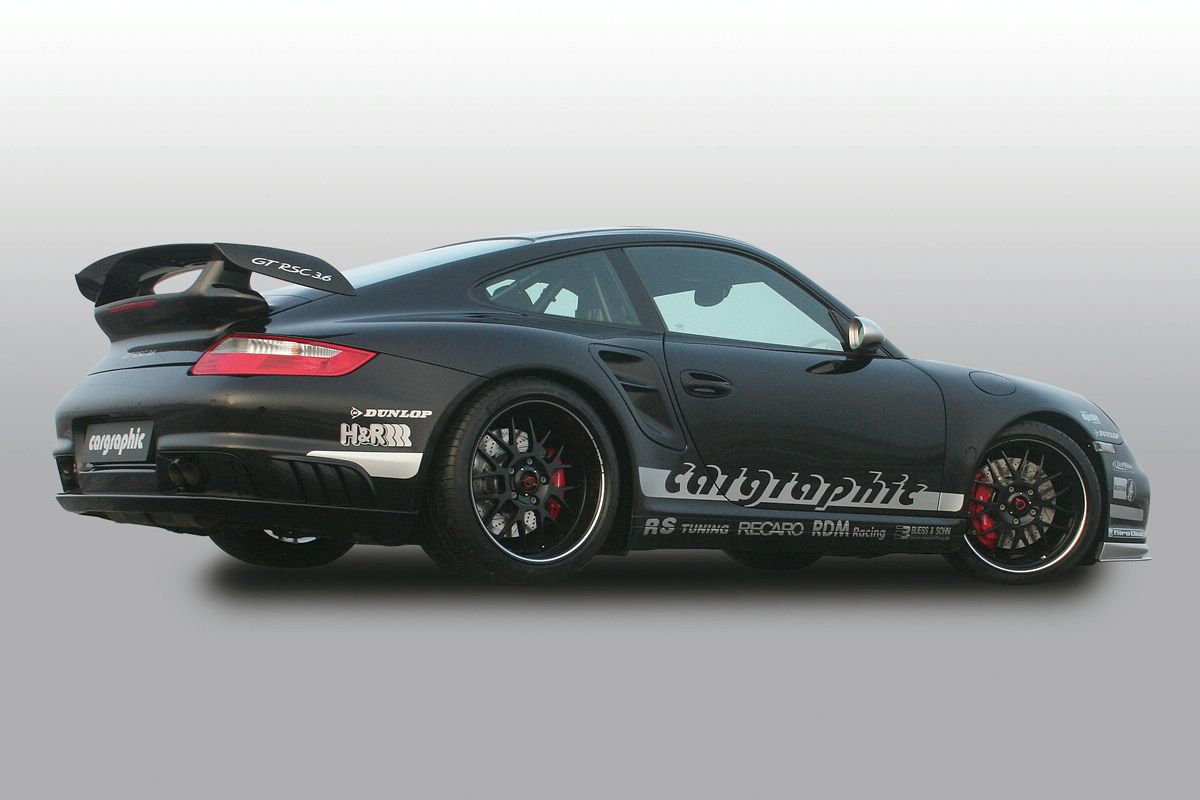 Why am I so excited about a car with an engine that, in this day of horsepower hierarchy, is barely worthy of fetching an apple for Mr. Brabus? Because a car is more than the sum of its parts. Cargraphic builds CARS, not engines. The RSC 3.6 is built with a comprehensive understanding of weight, friction, power and traction. It starts with a stock Porsche 997 Turbo, which is pretty damn fast even in stock form. Then Cargraphic puts it on a strict diet of carbon fiber and aluminum. A carbon fiber hood, doors, and fenders are installed, but even that wasn’t enough for the scientists behind this car. Nah, your neighbor’s Civic has a CF hood by now, so some lighter seats and wheels were put in too. But the trainers at Cargraphic are perfectionists. So they went “Scuderia-style” and even installed lighter floor mats. This may seem like a gimmick to some, but to me it’s a sign of attention to detail. They squeezed out every ounce of weight, while keeping it a road car. At the end of the day, the Porsche had shed 330 lbs, almost the equivalent of one of Rush Limbaugh’s chins. For comparison, when the Superlegerra came out, it was only 220 lbs lighter than a standard Gallardo. 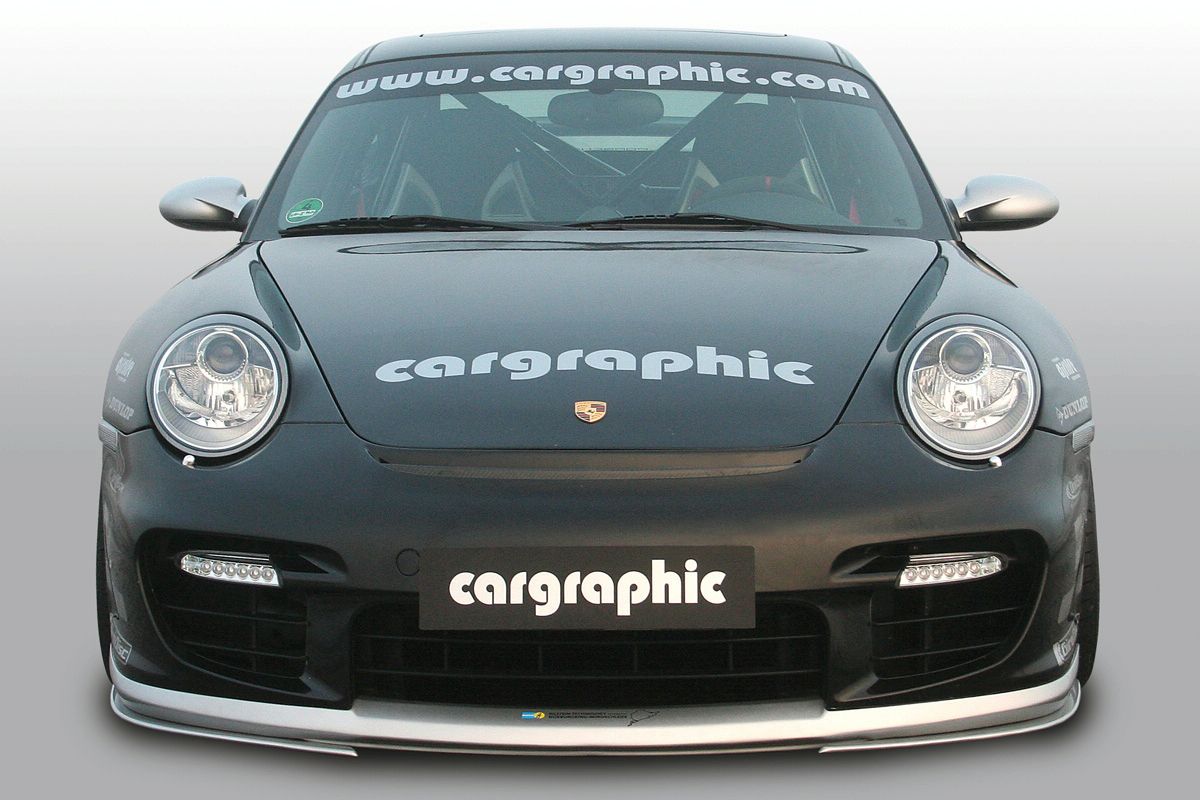 Once they were done with the fat, it was time to build some muscle. A better intake, custom intercooler, modified turbo chargers and a high-flowing exhaust were all installed. After ECU tuning, they were rewarded with 618hp @6500RPM and, more impressively, 623 ft.lbs of torque at a low 2500RPM. Again, people might wonder why Cargraphic would settle on 600 horsepower. After all, the CCX was showing up with over 800 horsepower. And that’s where the magic of Cargraphic lies–in how all the little efforts come together to create one terra firma-curling, G-meter shattering car. Cargraphic didn’t only get 618hp, that was their goal. Of course they could have made more power than that, they’re not stupid. Their SPR1 M car, built on the same 997 platform, puts out over 850 horsepower.

It’s not that Cargraphic brought a .22 to a gun fight, it’s that its marksmanship is flawless.  The RSC had 623 ft. lbs of torque sent through a racing clutch, and all controlled by a 6 speed manual transmission (It’s sad that this is seen as some sort of injury or flaw nowadays.) And somehow, all these parts came together, and the RSC simply pummeled the competition. To be invited to this race was a compliment. To be referred to as competitive with the cars on this list would be an honor. But to cross the finish line ahead of a CCX, a full 2.5 seconds ahead of the ugly but still formidable Apollo, and a whopping 5.5 seconds ahead of the new 670 SV, is incredibly impressive.

The fact that the Cargraphic 997 RSC 3.6 got 2nd place means little to me, because it still beat hyper-cars with a 200hp advantage. In a comparison against a Lamborghini Gallardo by Tim Schrick, of the German television show D Motoring, the Cargraphic 997 Turbo GT RSC 3.6 was 3 seconds faster around the race track per lap. I have a feeling that if the road started to get curvy, the Geiger Ford GT would quickly surrender its title. Cargraphic set out to build a car that can do everything. They improved the handling, feel, weight, braking, grip, cooling and power-delivery of a 997 Turbo. It almost seems that the added horsepower was at the bottom of their list.  Attention was paid to every part of this car and the result is a car with incredible turn-in, stopping power rivaled only by a UFO, and acceleration that didn’t require a turbo the size of a wagon wheel to run away from the competition. 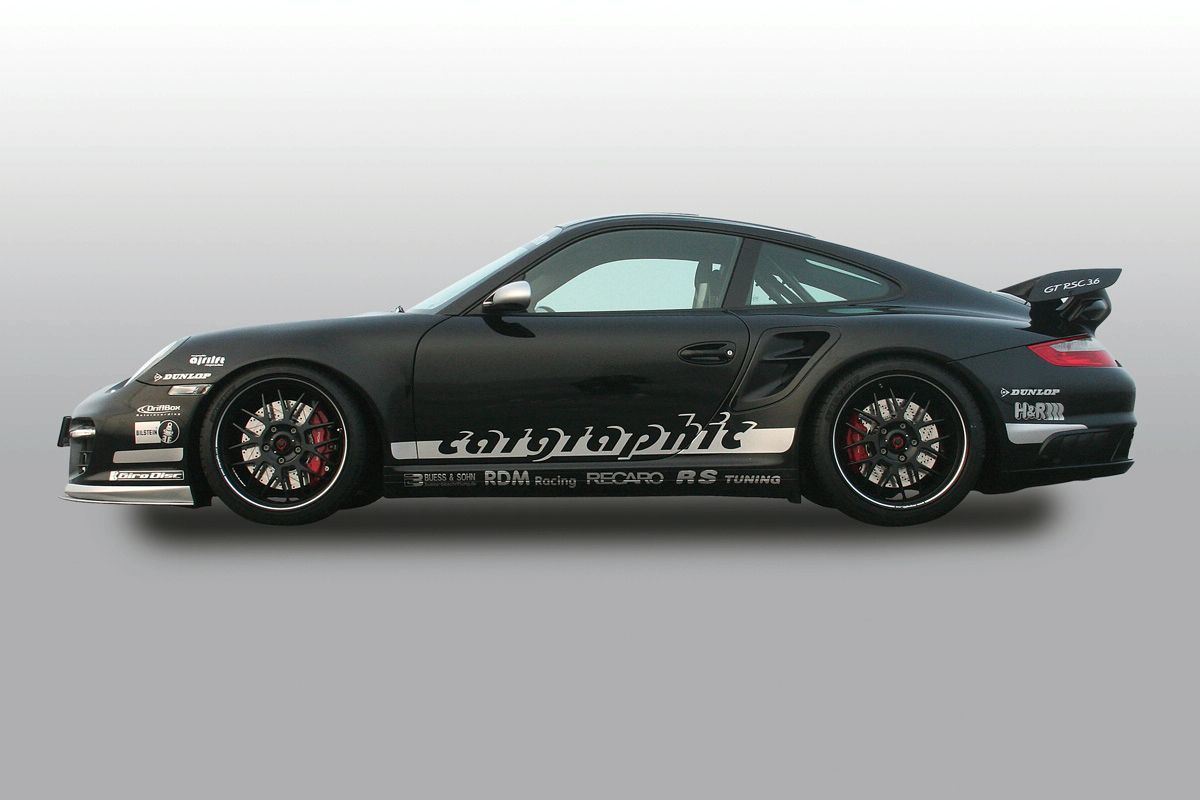 How it all added up to become what the 997 Turbo GT RSC 3.6 is, I do not know. But what’s important is that Cargraphic knows. Cars like this are a testament to what a complete build means. This is a street car. And not like a ’66 Nova with a 9 point cage, tubbed wheels and a parachute. It’s registered in Alabama (you know, to avoid smog checks) as a street car. You can leave the track, change a suspension setting, take it to pick up some oranges or your grandmother and neither will get bruised on the way home. If you want 1000 horsepower, buy a junkyard bound V8, bolt on a supercharger and a big blue bottle of nitrous. You can strap it to your kitchen table and use it to make Frito Pie. But if you want to make a CCX owner cry on the drive home from your kid’s school you only need 600hp, a good diet, and some light floor-mats. Now if you’ll excuse me, I’m going to buy some light-weight floor-mats.