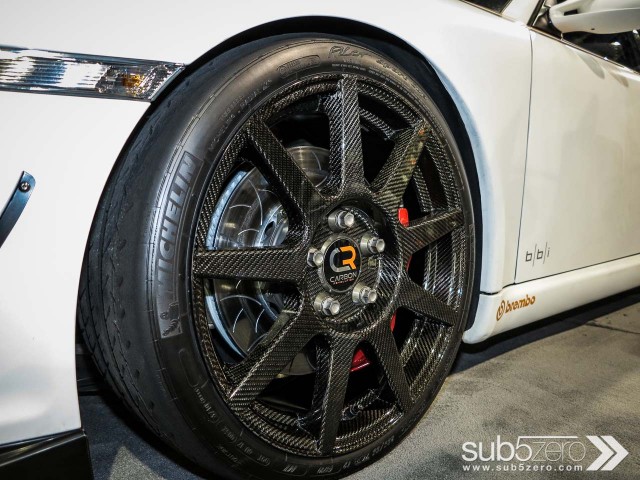 Car wheels have, like all wheels, always been round, but they haven’t always been made of the same material. The early ones were wooden, not unlike the ones found on the horsedrawn vehicles from which early automobiles were derived. By the late 1920s, steel wheels – be they wire spoke, large “artillery” spoke or stamped disc – had became fashionable. It would take decades more for aluminum to enter widespread use in automotive rolling stock, but now it and steel are the two dominant materials in the industry; occasionally you’ll see magnesium wheels, but they’re seldom seen off the race track.

So what’s the next step in wheel materials? We’re inclined to believe it’s carbon fiber. Multiple companies have manufactured wheels featuring carbon fiber rims or centers in recent years. However, all have been multi-piece affairs, with the carbon component bolted to a mate that is either carbon fiber as well or metallic. Now, though, a young company called Carbon Revolution announced at the SEMA Show that it is ready to turn the wheelmaking world on its head with the first one-piece, 100% carbon fiber wheels for automotive applications. 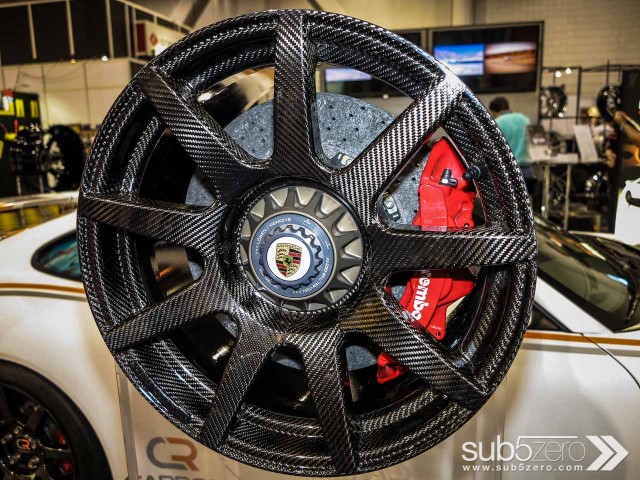 The Carbon Revolution story originates in Australia, where the company’s global headquarters and R&D department is located. Shortly after the turn of the century, the firm’s founding partners devised a way to create one-piece carbon fiber wheels. These first wheels, which predate the formation of the company, were small, simple pieces that were fitted to a handful of Formula SAE vehicles in 2004. The fact that it has taken another eight years to develop wheels for full-size production cars seems strange, but when you consider the company uses testing and development protocols similar to those employed by NASA and the Department of Defense, the lengthy gestation starts to make sense.

“Creating a composite wheel that is made entirely in one piece from continuous fibers is particularly challenging given the significant geometric complexities,” explains Brett Gass, Carbon Revolution’s engineering director and one of its founders. “We have successfully developed an architecture that optimizes the outstanding properties of continuous carbon fibers through the complex range of operational loads that are seen on a vehicle.” The success of Gass and his team has been recognized by automotive component homologation bodies in the U.S. (SAE) and Germany (TÜV).

The architecture to which Gass is referring is at the heart of Carbon Revolution’s first commercially-available wheel, the CR-9 Series. Initially, these nine-spoke beauties will only be available in a diameter of 19-inches and widths of 8.5- or 12-inches. Furthermore, this initial run of CR-9s is designed specifically for late model Porsche 911s, though Carbon Revolution plans on releasing sizes and offsets that will fit Audi R8s and Lamborghini Gallardos soon. It is also working on center-lock wheels for Porsches equipped as such, and says even more fitment options will be announced in 2013. 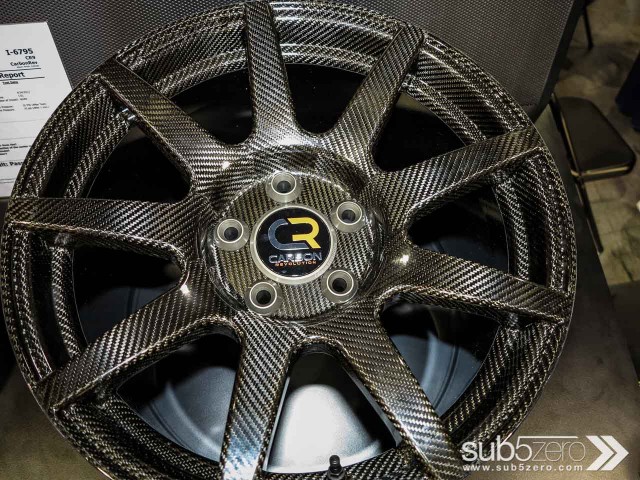 And considering the numerous significant advantages these all-carbon wonders offer, you should cross your fingers that your car is one of the applications under consideration. For starters, Carbon Revolution claims weight savings of between 40- and 50-percent over comparable metal wheels; the 8.5” wide CR-9, for example, tickles the scale to the tune of just 15 lbs. Not only does this reduced mass sharpen vehicle handling and smoothen the ride by cutting unsprung weight, but it also means less work for the brakes (which leads to shorter stopping distances and reduced fade) and less work for the drivetrain (which translates to improvements in acceleration and fuel economy). Composite wheels are also exponentially less vulnerable to corrosion and fatigue than metal ones, and the reduced noise, vibration and harshness (NVH) reduces the need for sound deadening material in and around the passenger compartment, meaning the total vehicle weight can be reduced as well.

As you can see, carbon fiber wheels are a fantastic development for the high performance automotive aftermarket. But they’re likely to provide even greater benefits to OEMs, because they’re the ones presently pursuing every possible avenue for improving fuel efficiency to meet increasingly onerous government regulations both here and abroad. No, carbon fiber wheels certainly aren’t cheap at the moment, but if enough automakers invest in the technology, and the production process can be automated to a large extent, costs might come down through economies of scale to the point where they are competitive with aluminum (and maybe even steel) wheels. If you ask us, that would be an even bigger game changer than the CR-9, and that’s saying something.