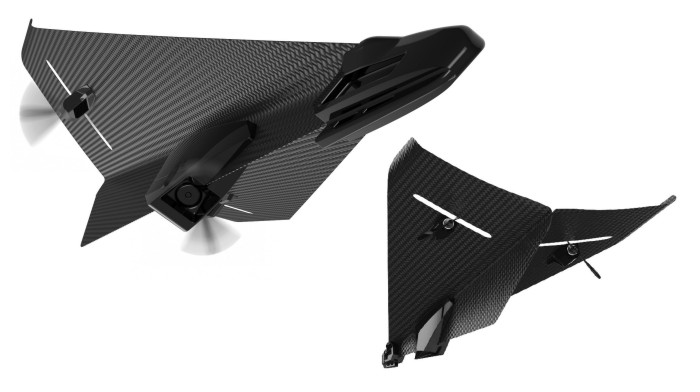 The consumer drone market seems to be getting hotter by the day, but that doesn’t mean that there’s an abundance of innovation going on. Styrofoam or hard plastic has pretty much become the norm for the body material, while quadcopter and conventional, model-airplane-like designs are easily the most popular. Why fix what isn’t broken?

Well, that’s a question the folks at Trident Design probably never ask themselves. The product design wizards are hoping to turn the drone industry on its ear with an airborne bot they call the Carbon Flyer. Its shape apes that of the stereotypical paper airplane (with an electric motor and propeller in each wing), but instead of being made from baked sheets of wood pulp, the Carbon Flyer (as you’ve probably figured out by now) is made of carbon fiber. But this isn’t just any carbon fiber; the resin Trident Design is using to impregnate the woven carbon “fabric” is itself chock full of carbon nanotubes, which should make the Carbon Flyer immune to just about every kind of crash damage a conventional drone or model airplane could suffer. 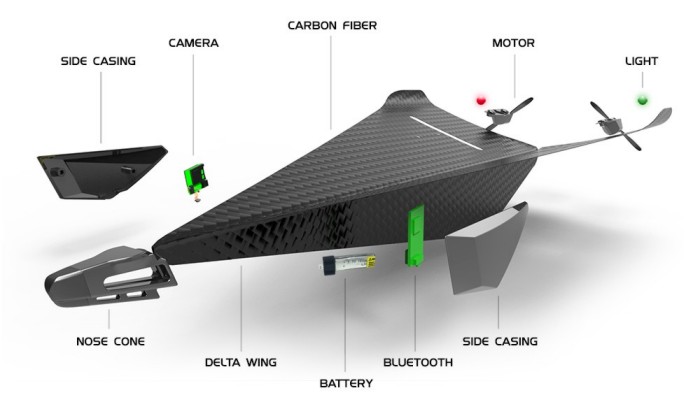 The lithium-polymer battery only provides three minutes of flight time, but because it’s hot-swappable, you can land and change it for a charged one in a jiffy, plus their modest size and weight makes it possible to carry a whole gaggle of them. The onboard camera’s 640×480 resolution is a bit of a bummer but, depending on whether or not the project reaches its Indiegogo stretch goal of $250,000 (It’s already well past its $50,000 starting goal.), it could end up being remotely controllable via the smartphone app being designed to control the aircraft via Bluetooth 4.0. A contribution of as little as $89 (plus shipping and applicable taxes and fees) will get you one Carbon Flyer and a display stand or – for just a few more hours as a Cyber Monday special – you can score two drones and two display stands for $149 plus shipping. If you aspire to own an eye in the sky, there really is no time like the present… 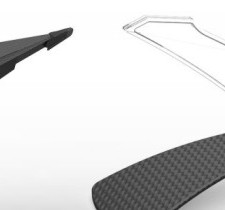 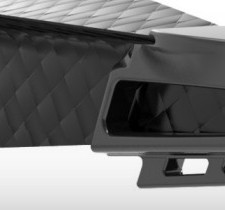 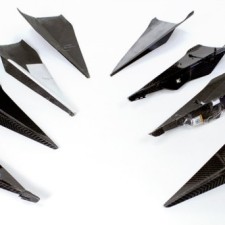 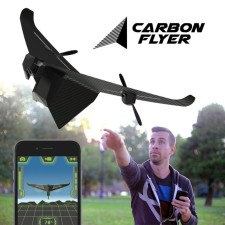 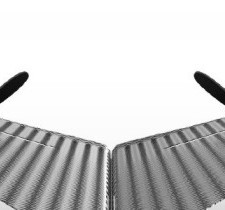 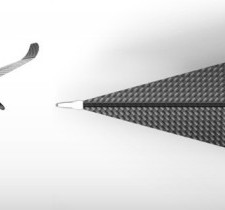 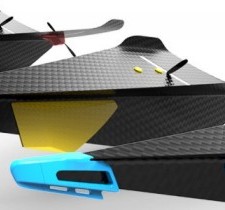