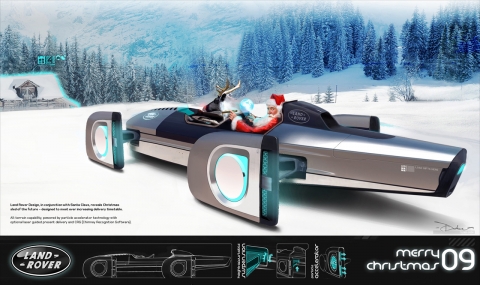 For the last couple of years, CAR magazine has challenged designers from major auto manufacturers to come up with designs that upgrade Santa’s sleigh to the toy-delivery vehicle of tomorrow. In 2008, the likes of Bentley, Ford, Nissan and Rolls-Royce all delivered spectacular creations. This year Vauxhall, Aston Martin, Jaguar, Audi and Land Rover came through with some crazy cool concepts.

Land Rover has created transportation for Kris Kringle that follows their brand aesthetic remarkably well. The particle accelerator propulsion system is a nice touch and we dig the optional CRS (Chimney Recognition Software) technology. But we’re not sure how Santa is supposed to see over the big dome of the reindeer in front of him and it looks like every time the animal swivels its head, it would skewer ole Saint Nicholas, but these are just minor quibbles.

Jaguar modeled their design with a more aeronautical slant featuring twin-propellers mounted in a single column aft of the passenger compartment. The whole thing almost looks like it’s flying backward. Of note is the Santa’s Little Helper script painted on the side next to a femme fatale that must be the big man’s mistress. We’re not sure how this thing is actually supposed to hover for drop-offs, except maybe completely vertical, but it would be damn fast. We really like the special helmet for the Reindeer, which would make PETA proud, but again we question why it’s riding shotgun. 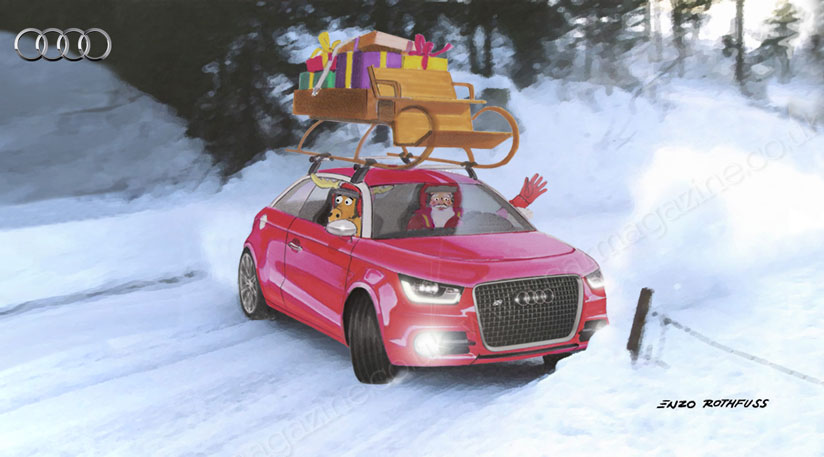 The Audi rendition would make James Cameron furious, with no magic and no creativity. They basically strapped a wooden sleigh to a roof-rack on an Audi S1. We’re not sure how Santa is supposed to traverse the world in this diminutive speedster or have any gift storage capacity to get the job done. He might be able to have a blast drifting down a single block but his run would definitely be short. 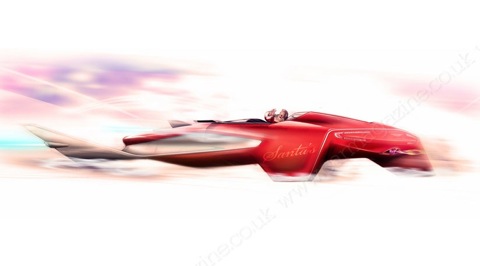 Aston Martin has created a sleek spaceship with clean lines and a nice aesthetic. Despite the fact that it seems to be done in the spirit of a sketch on the wall of your local art college, you just know it’s cool. We’d like to see a more polished version but beggars can’t be choosers. The Vantage rear end and One-77 rear lights seal the deal for us. 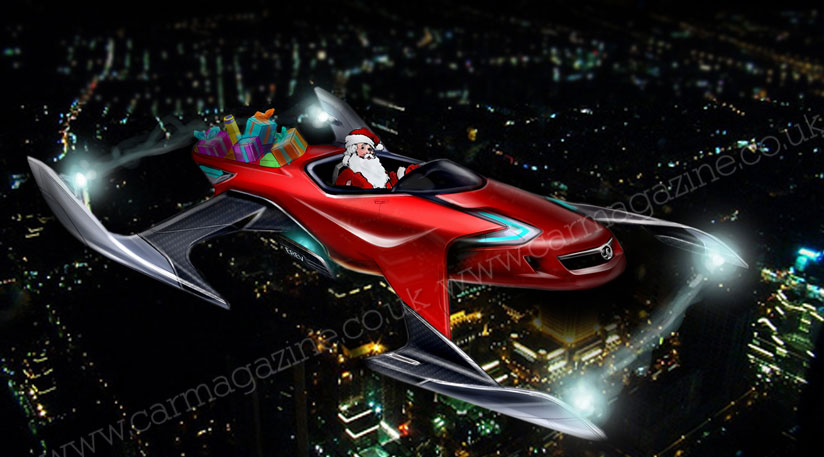 Vauxhall may have been a sleeper here but they came through in a big way. Their design incorporates one of their automobiles as the cabin and works it into a fast moving aircraft that looks more than capable of taking care of business. They also threw in some carbon-fiber wing struts which makes them solid in our book.