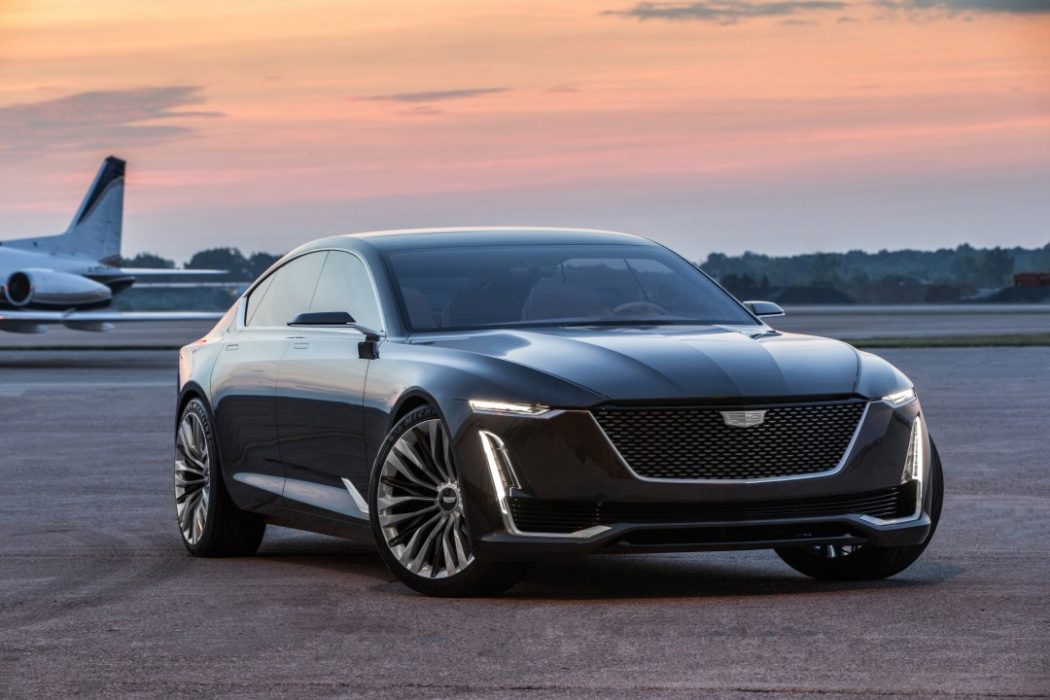 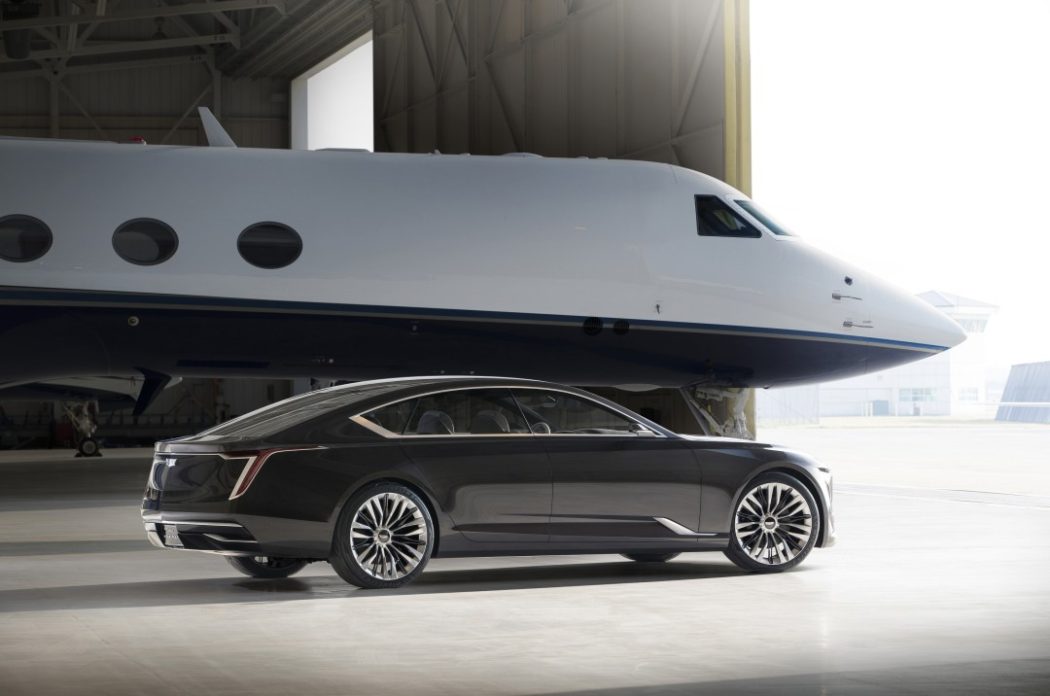 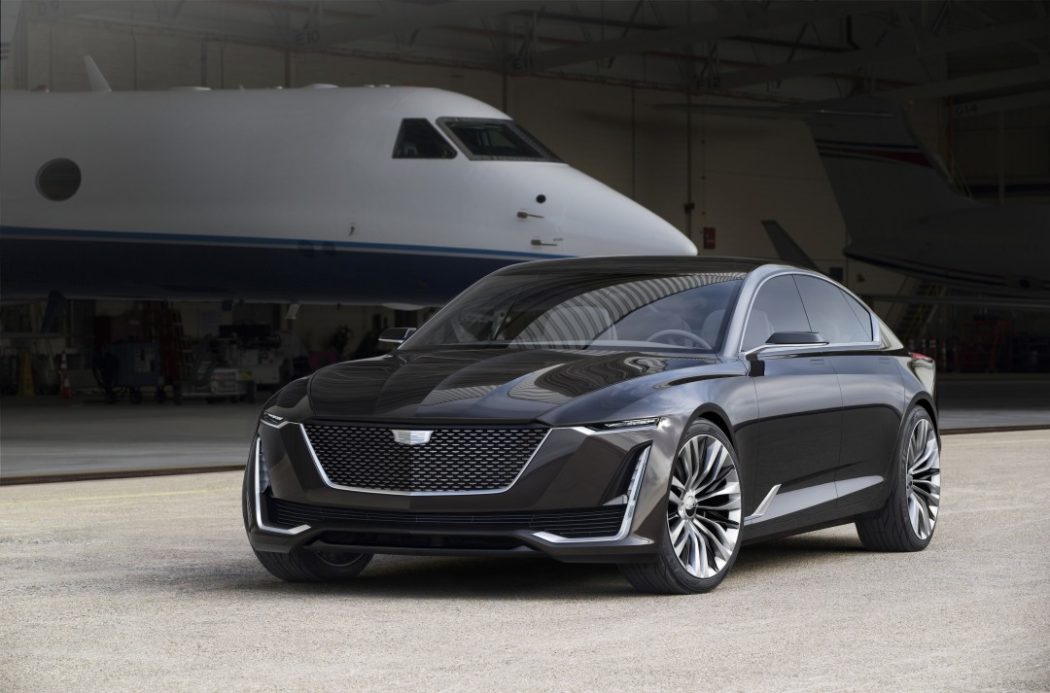 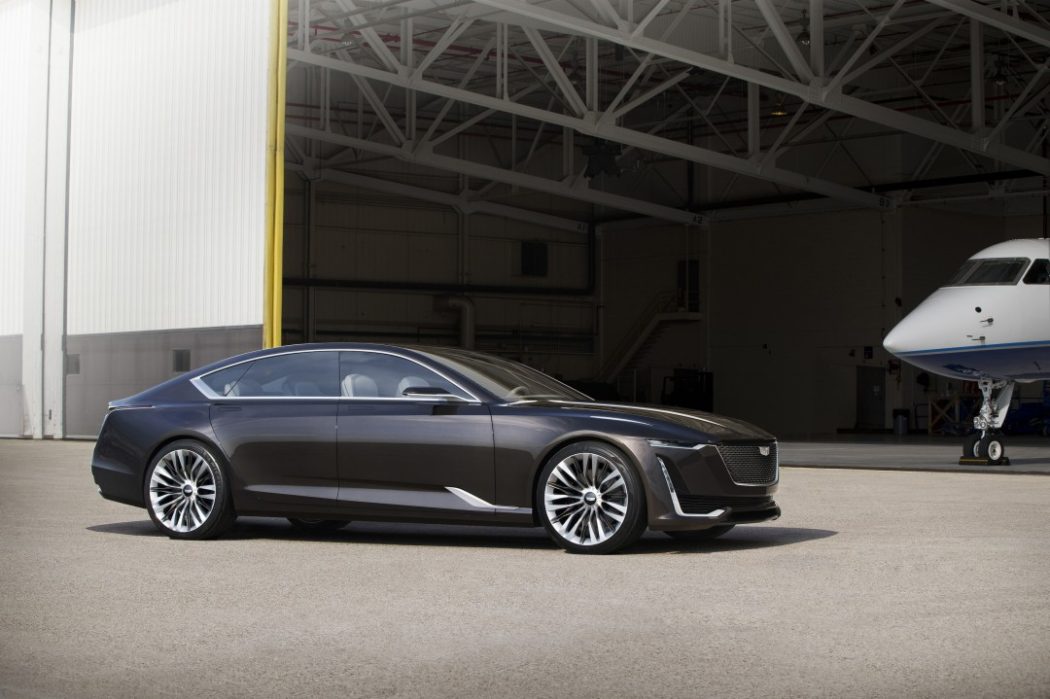 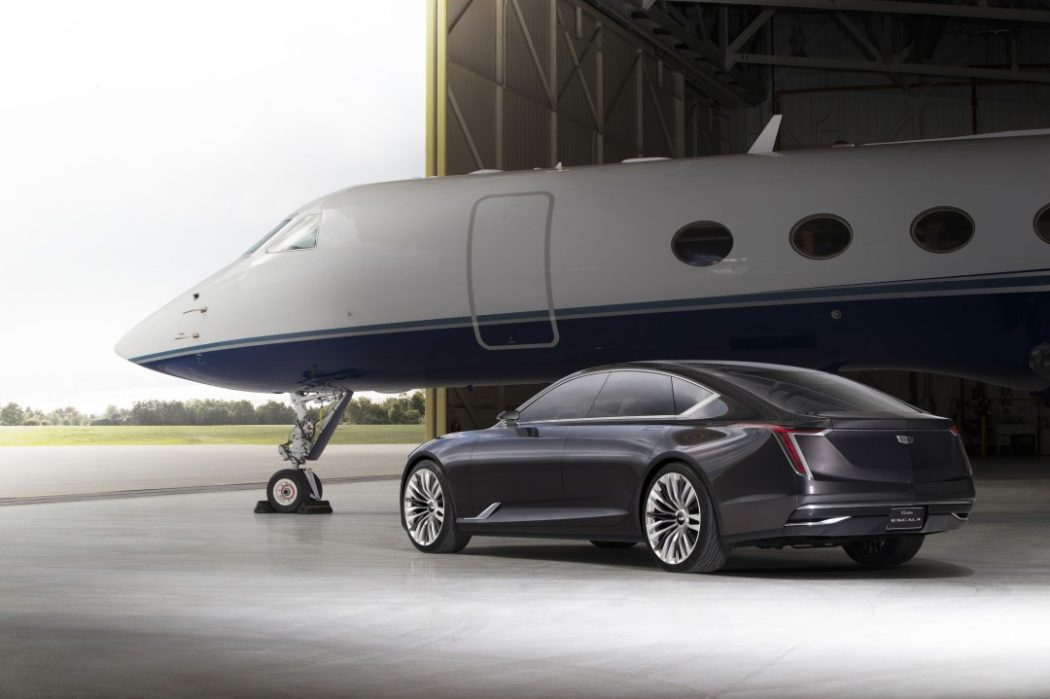 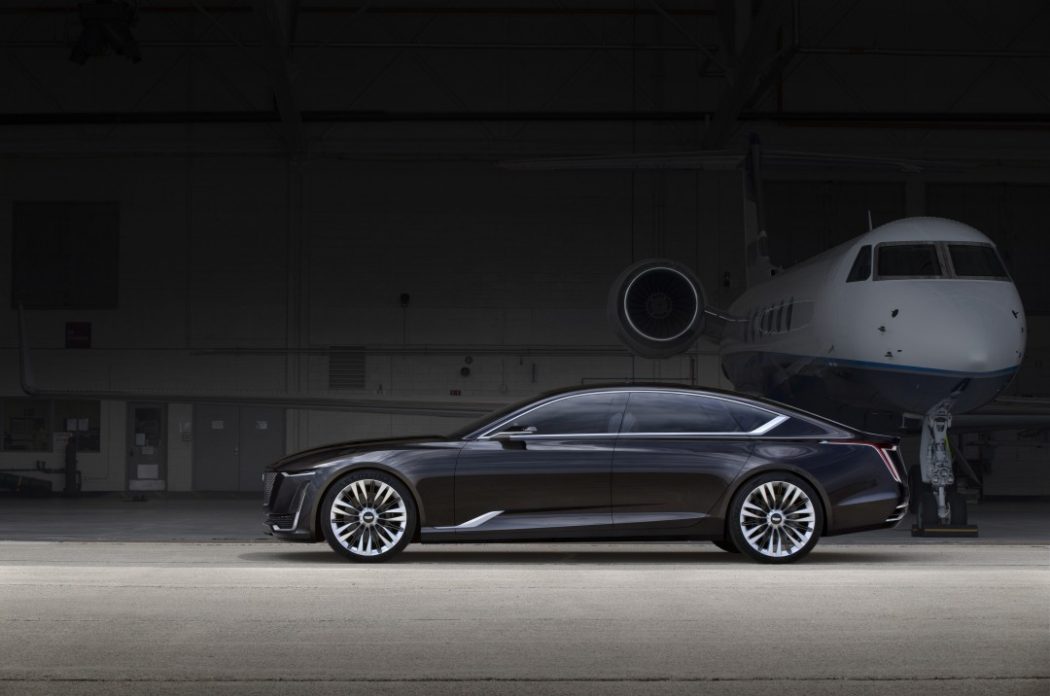 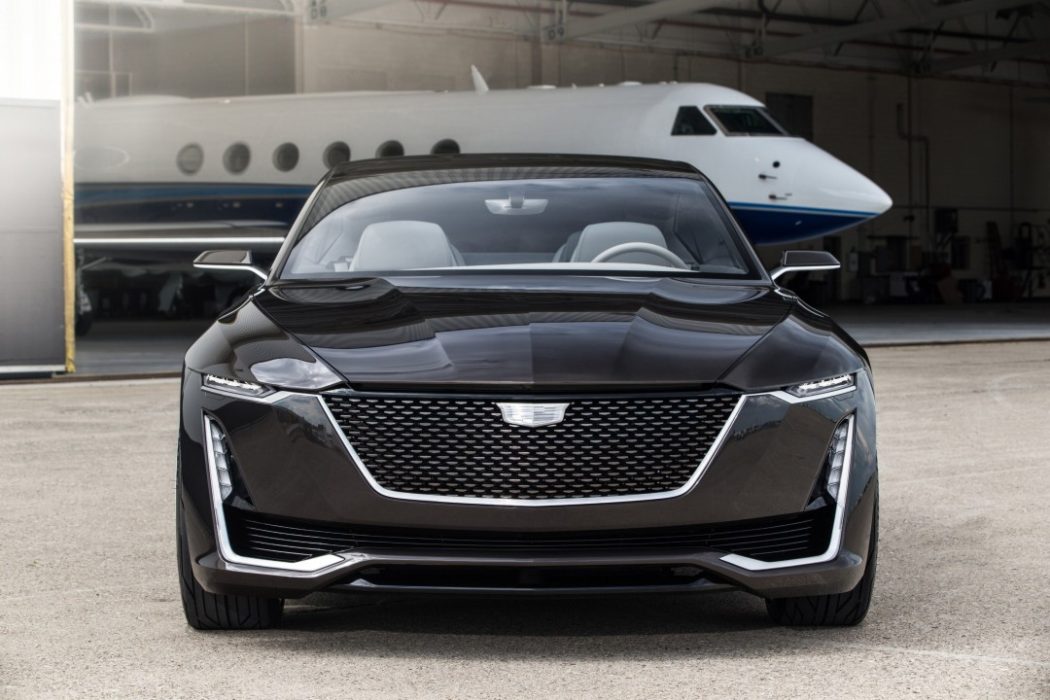 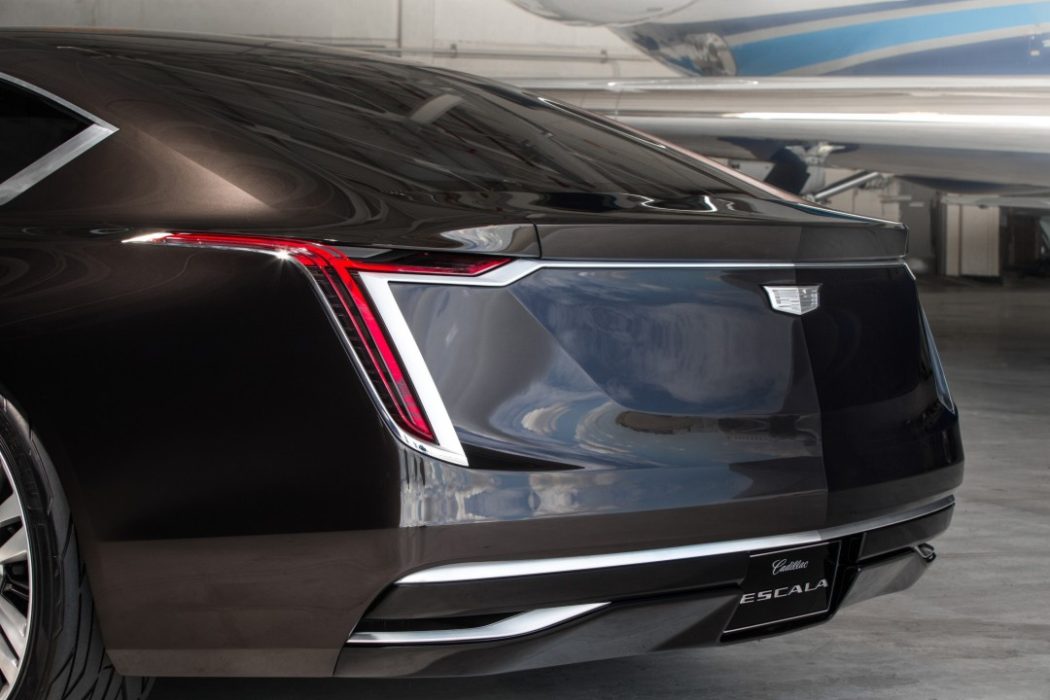 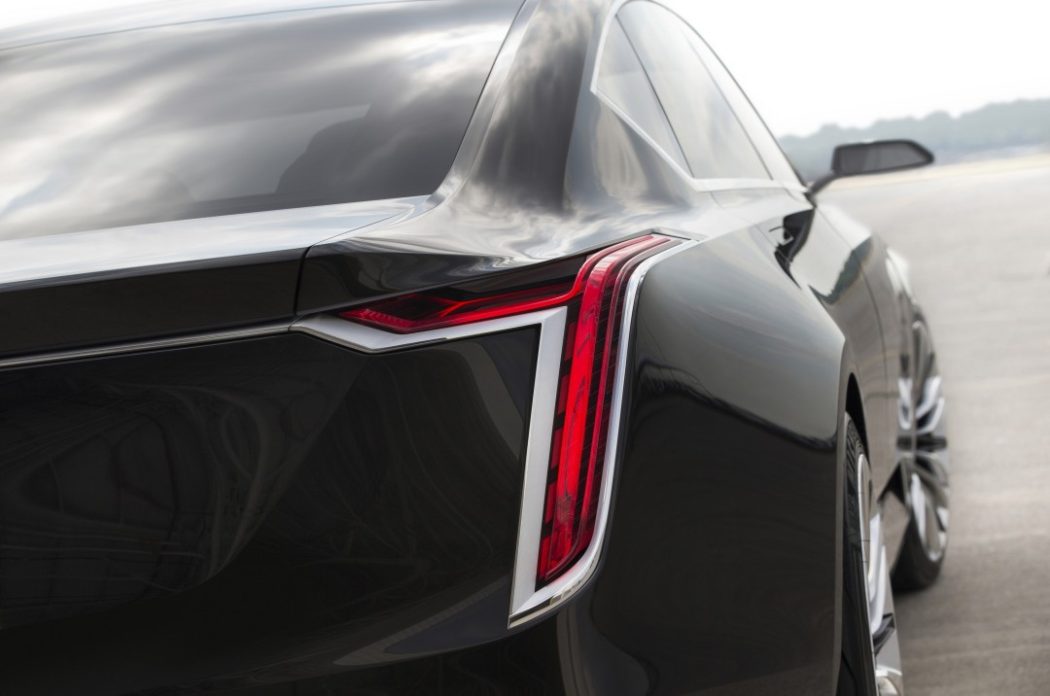 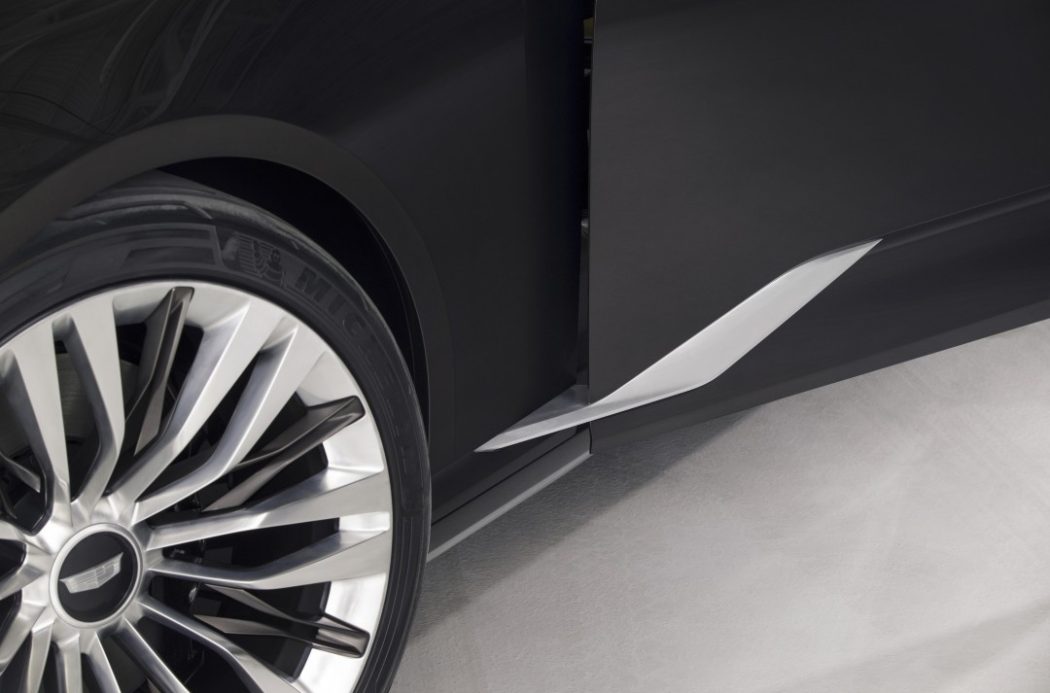 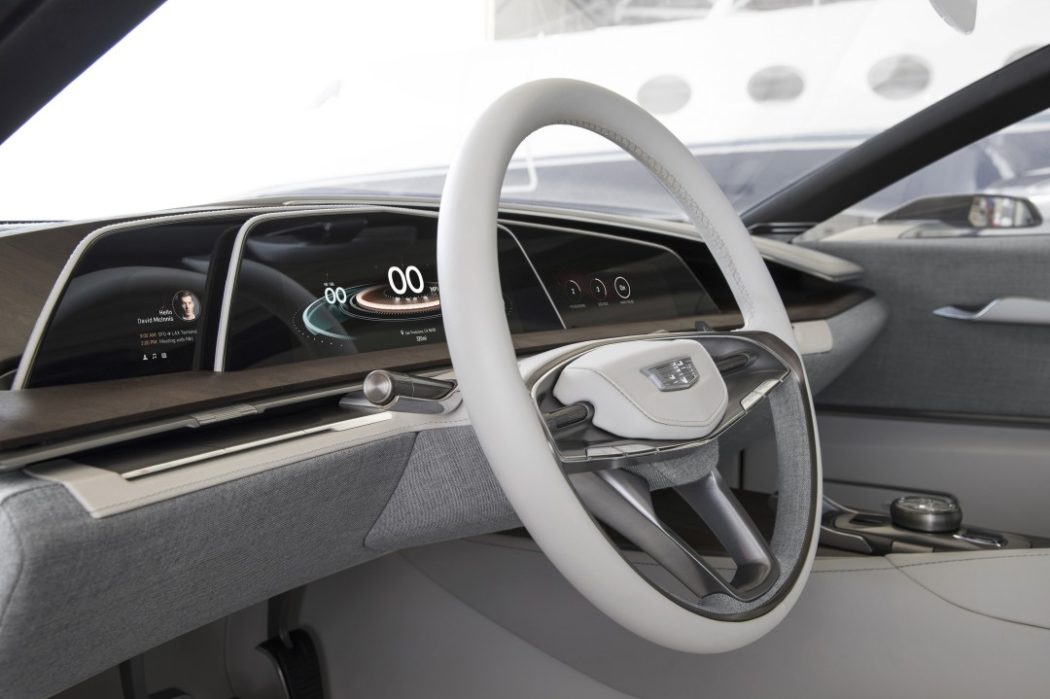 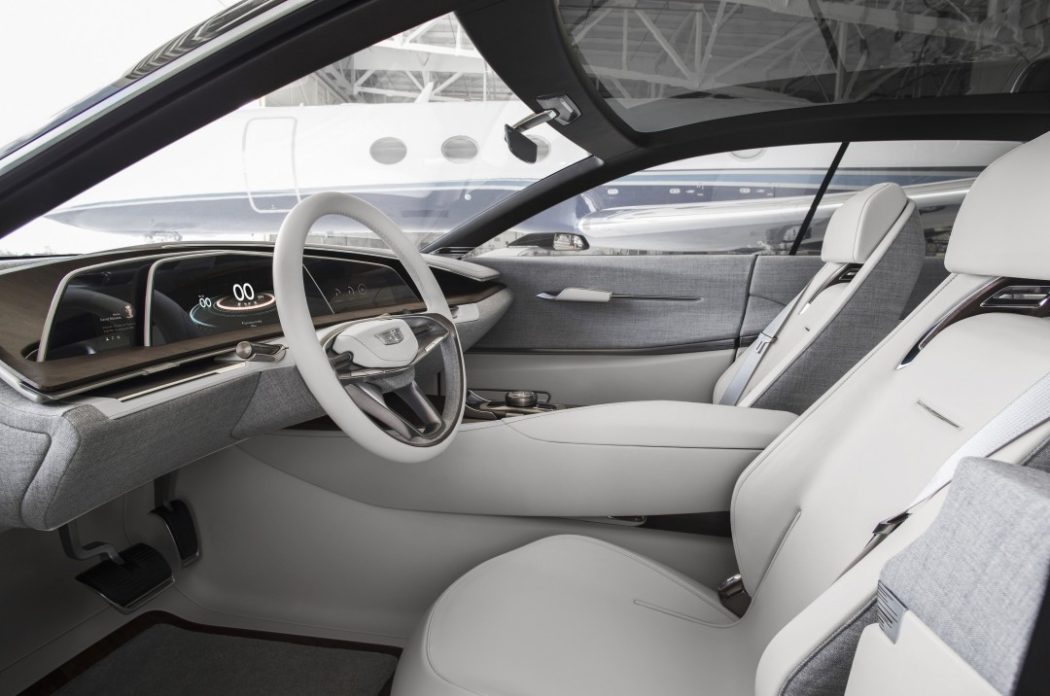 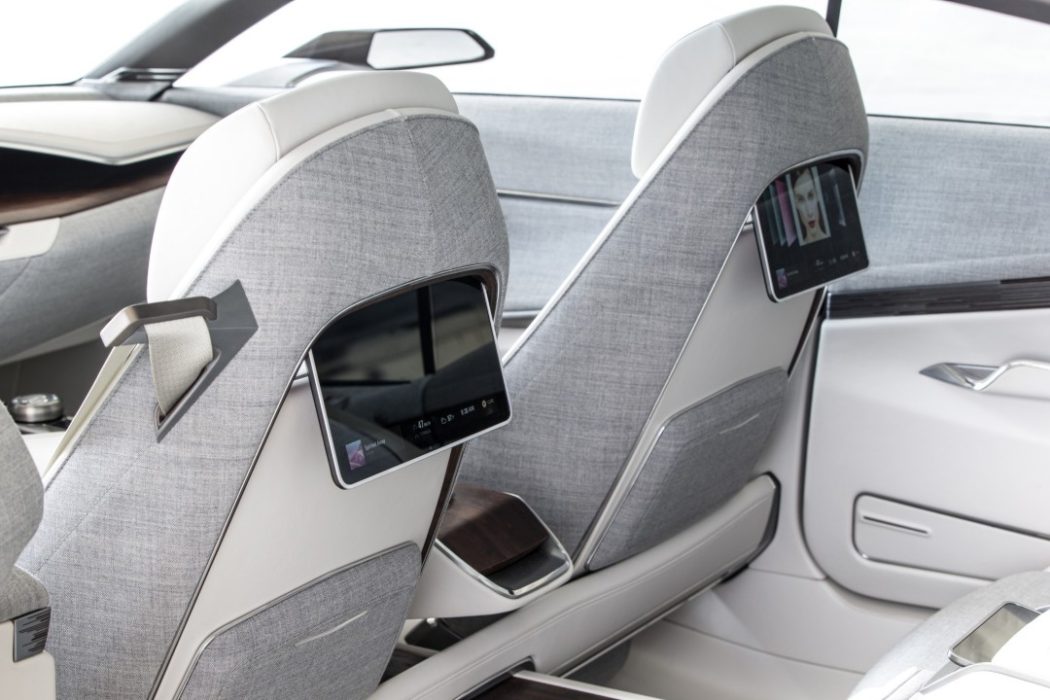 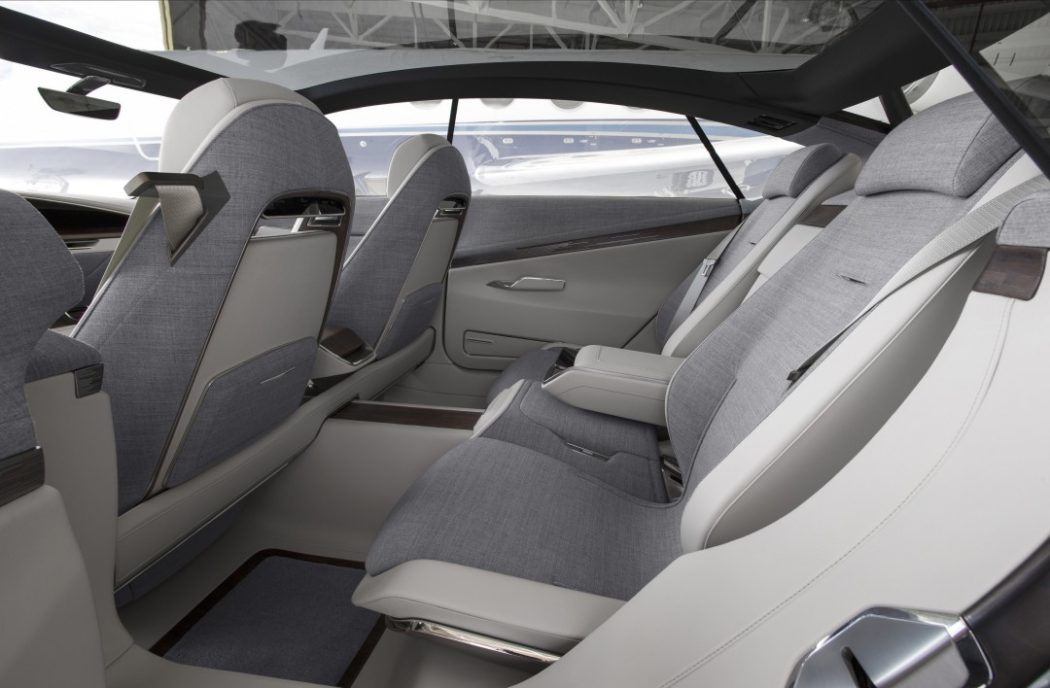 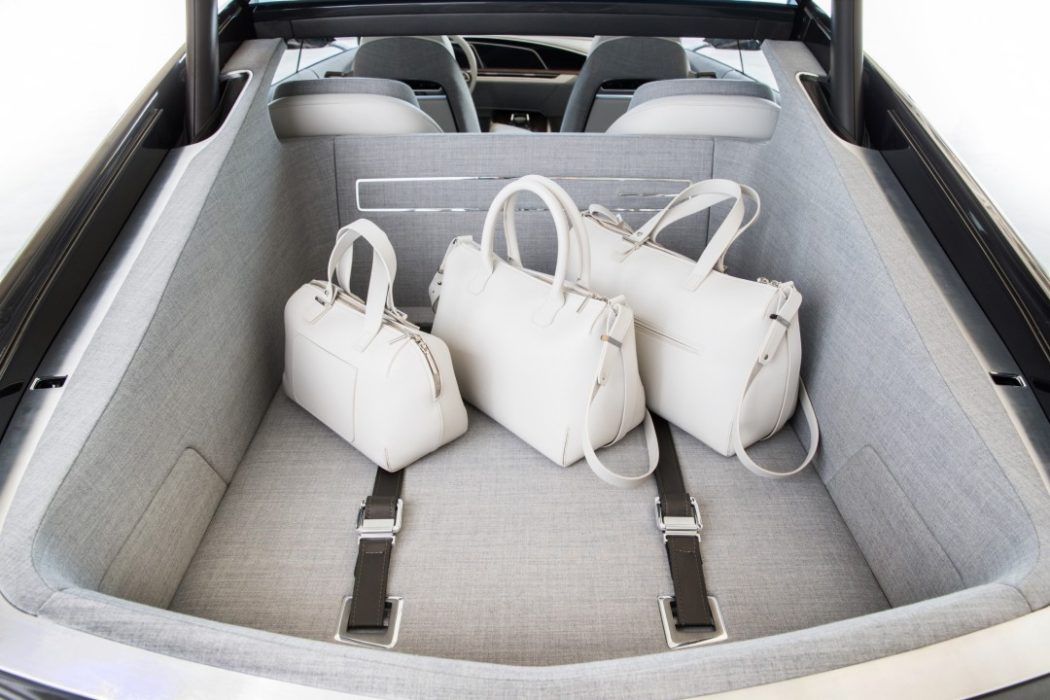 With so many new production and concept car debuts happening during Monterey Car Week, the multi-venue, multi-day California soiree is fast becoming one of the major auto shows on the international calendar…despite not being an auto show in the usual sense. And after Koenigsegg, McLaren and Mercedes-Maybach premiered their newest rides, it was the turn of Cadillac to hog the spotlight with a striking sneak peek of its future styling – and engineering – direction.

The Cadillac Escala Concept, as this luxury liner has been named, still has echoes of the brand’s long-serving “Art & Science” styling language, but much of it has been discarded in favor of a decidedly more conservative Germanic look. In fact, the big grille, small horizontal headlights front and sweeping fastback roofline bear more than a passing resemblance to the same attributes found on the Audi A/S/RS7. There’s even a rear hatch like on the Audi! Don’t get us wrong, this is a handsome car, but we’d like to see a little less follow-the-leader.

Inside, there’s seating for four swathed in a mixture of leather and cloth (with splashes of wood trim on the dash and elsewhere) under a full-length glass roof. The dash is dominated by a series of curved OLED screens, while there are two tablet-like screens that drop down out of the front headrests for the rear passengers to use. Those handle the rear seat entertainment; the front seat entertainment (specifically, the left front seat) comes courtesy of the 4.2L twin-turbo V8 – designated LT5 – under the hood. Not much is known publicly about the engine, except that it will power at least three GM production vehicles within the next couple of years. There’s also a good chance that the on-again, off-again Cadillac flagship positioned above the CT6 will take a lot of cues from the Escala (assuming it is, in fact, on-again). Sounds good to us…