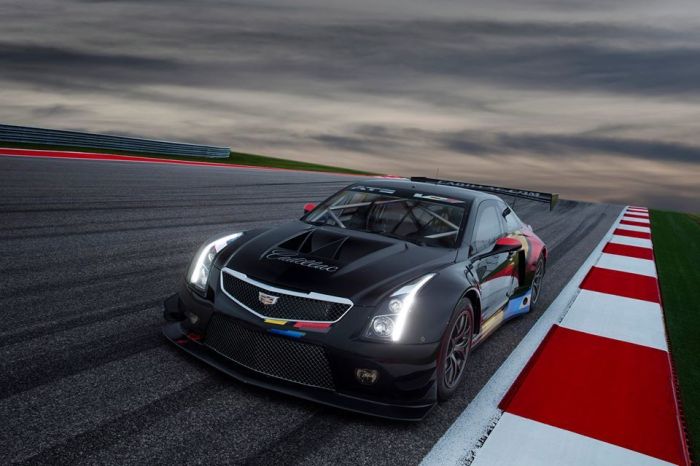 For the past four years, Cadillac has been a serious player in the premiere GT class of the SCCA Pirelli World Challenge with a race-prepped version of the CTS-V Coupe. In fact, in each of the last three seasons, Cadillac has grabbed the GT class manufacturer’s championship, while one of the team’s two drivers – Johnny O’Connell – has bagged the GT driver’s championship. But with the street CTS-V Coupe no longer being made and the steady pace of development of competitors’ cars, 2015 will see a new PWC weapon from General Motors’ luxury brand…one that will have to live up to its predecessor’s formidable reputation. 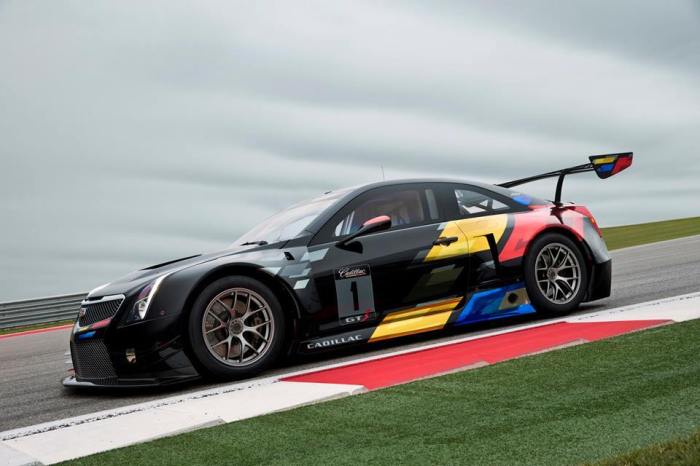 Fortunately, the Cadillac ATS-V.R (which, as the name implies, is a racing version of the upcoming ATS-V Coupe) looks to have all the tools it needs to succeed. Built by GM’s go-to road-racing-car-building subcontractor, Pratt & Miller Engineering, this super coupe sports the expected front splitter, rear diffuser, colossal rear wing and sized-and-shaped-to-break-the-internet fender flares. Power is supplied by an engine designated LF4.R, a race version of the 3.6L twin-turbo V6 found in the production ATS-V and the Vsport versions of the CTS and XTS. Larger turbos and intercoolers, plus an optimized ECU and a super-low-restriction side-exiting exhaust translates to 600 horsepower and 520 lb.-ft of torque without air restrictors. Power is sent rearward to a rear-mounted 6-speed sequential transaxle; the production ATS-V uses transmissions mounted in conventional fashion directly to the back of the engine. 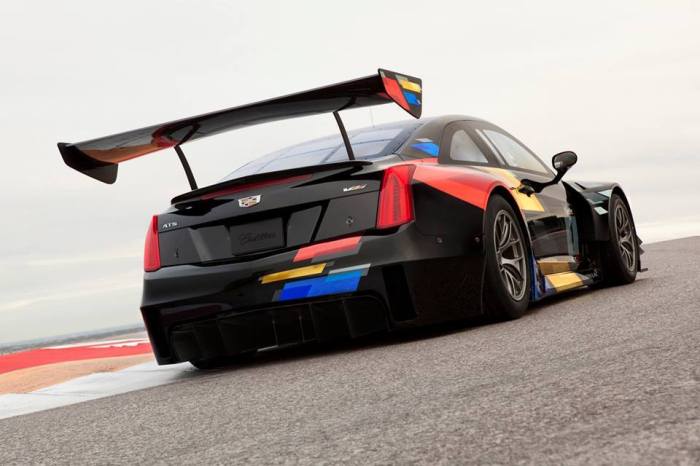 And unlike the CTS-V Coupe (and first-gen CTS-V sedan before that), which was built specifically for PWC, the ATS-V.R is being homologated to the crazy-popular FIA GT3 regulations. That means this car will be eligible to compete more than 30 GT series around the world, including the Super GT GT300 class, the Blancpain Sprint and Endurance series, Australian GT, the ADAC GT Masters and, beginning in 2016, the Tudor United Sportscar Championship’s GT Daytona class. In other words, it looks like many, many more racers and race fans will be getting firsthand lessons about how these are not, to paraphrase an old advertising tagline from another, now-deceased GM nameplate, your grandfather’s Cadillacs. 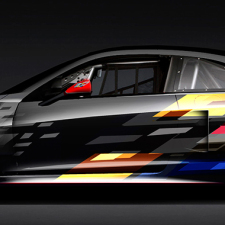 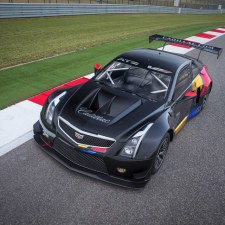 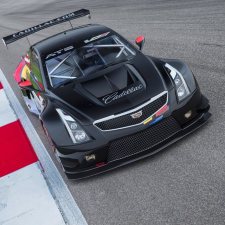 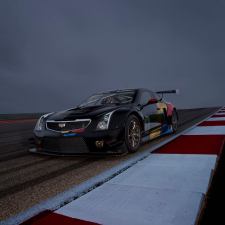 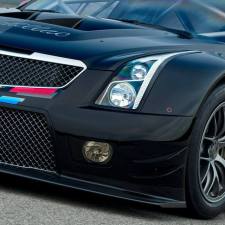 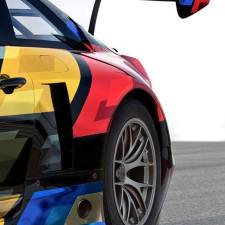