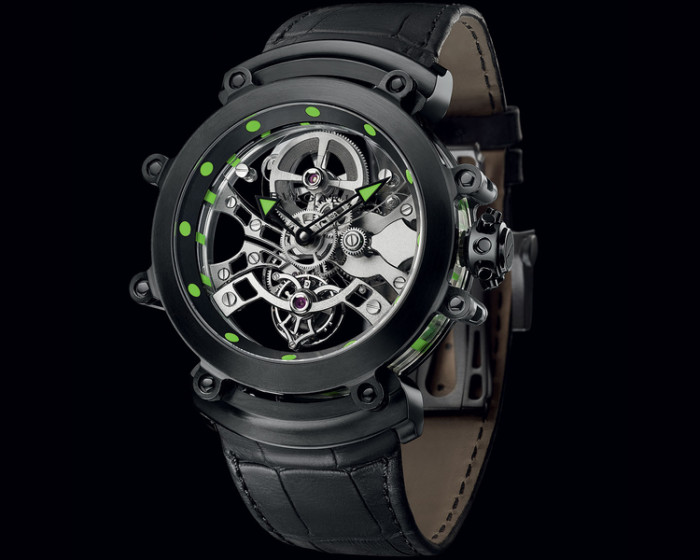 If you’re going to spend a massive quantity of money on a watch, odds are you’re going to want one that’s easy to see. Then again, how great of a conversation starter would a watch that’s hard to see even when you’re looking right at it be? Well, the new special edition timepiece you see here – the Bulgari Tourbillon Saphir Ultranero – lies somewhere in between, but its looks are sure to polarize. 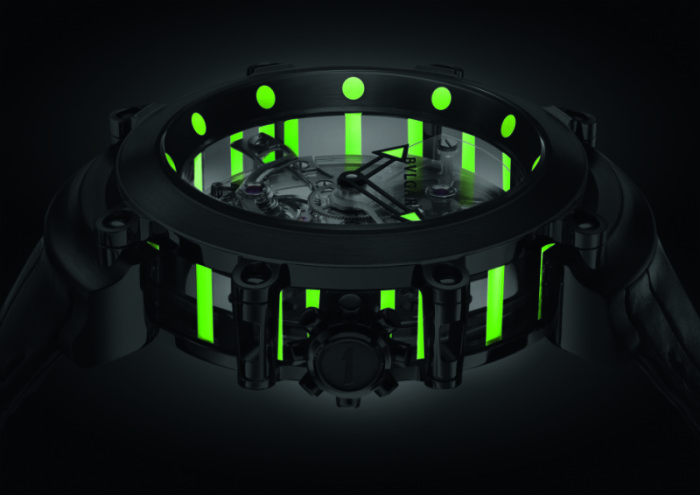 The titanium case is coated in a substance called DLC (short for Diamond Like Carbon), whose darkness really helps the neon green Super-LumiNova accents on the 12 hour markers and on the tips of the minute and hour hands pop. Windows at the back and around the circumference of the case put the watch’s movement on proud display from almost every angle. Bulgari plans to make just 30 of these surreal showpieces (priced at an eye-watering $210,000 each), so it won’t be long before you really don’t see them. 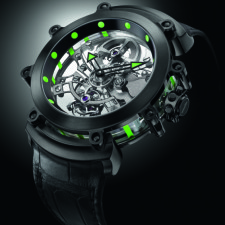 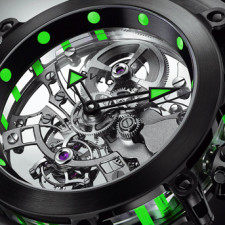 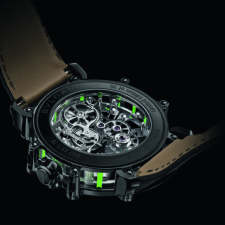 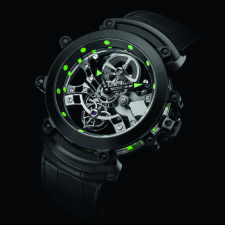 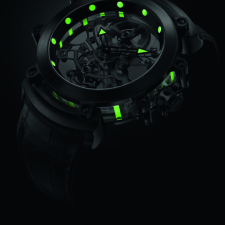