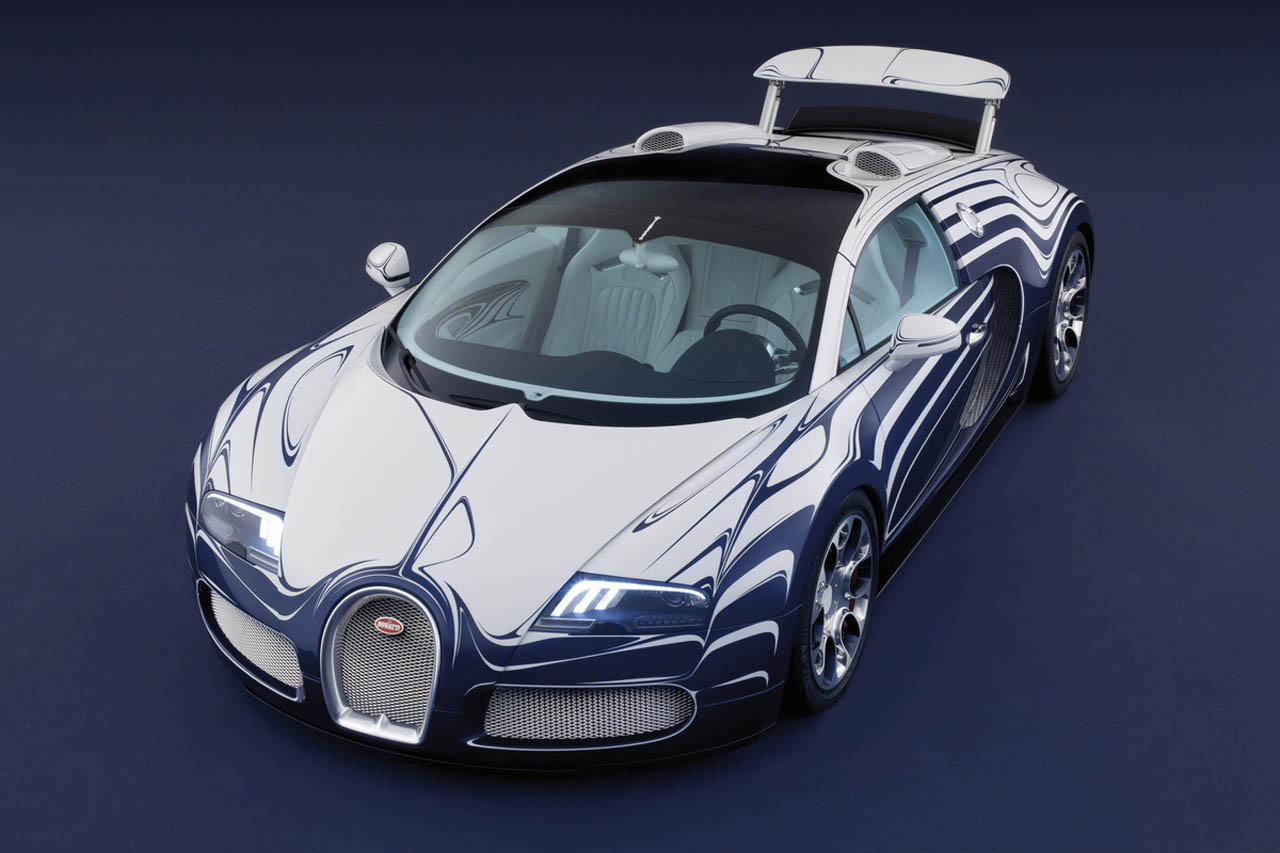 Production of the Bugatti Veyron is starting to wind down (The last coupe has already rolled out of the factory.), but that doesn’t mean the VW-owned brand is putting an end to special edition versions of the record-book-rewriting supercar. In fact, it has just pulled the sheet off what is possibly the most outrageous one yet.

It’s called the L’Or Blanc, which is French for “white gold.” As you can plainly see, there’s no gold to be found. There’s not a whole lot of white, either. What is in abundance, though, is a material that’s more commonly found in bathrooms than in 16-cylinder, 4-turbo exotic cars. That’s right, this Veyron Grand Sport is trimmed in porcelain. 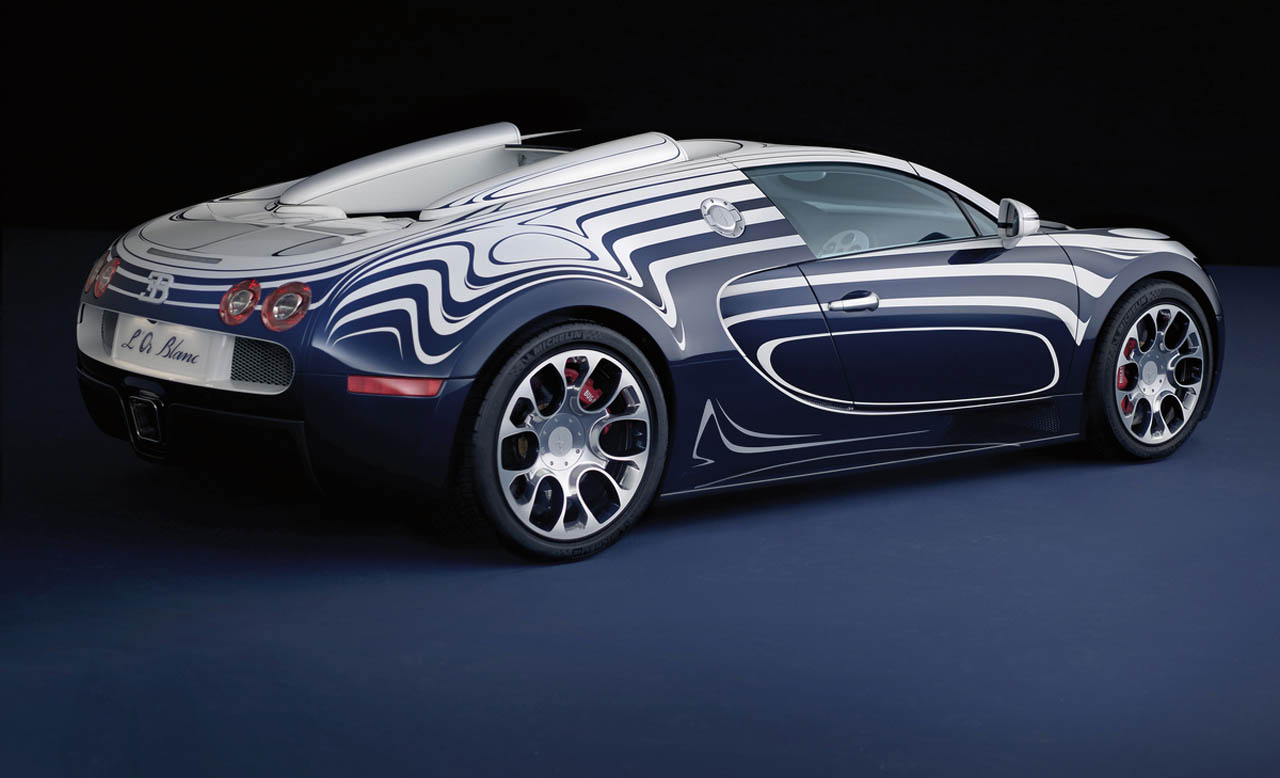 The porcelain is sourced from Bugatti’s partner on this project, Königliche Porzellan-Manufaktur Berlin (KPM), and there are pieces of it adorning both the interior and exterior. If that second part sounds unusual, it’s because Bugatti claims this is the first car ever to feature the material on its body. And just to make sure everyone knows that this Bug isn’t cloaked in the normal carbon fiber and other materials, the exterior is decorated with an intricate (if not trippy) blue pattern atop the white porcelain. The result is something that looks like a giant piece of Modern Art china. Whether that’s a good or bad thing depends on your taste in dishware.

As for the interior, KPM added porcelain to the door panels (with a blue swirls livery that matches the exterior) and a panel with a relief of an elephant balancing atop a ball on its hind legs. This piece (and apparently the whole car) was inspired by the work of artist Rembrandt Bugatti, the younger brother of company founder Ettore Bugatti who specialized in bronze sculptures of animals. 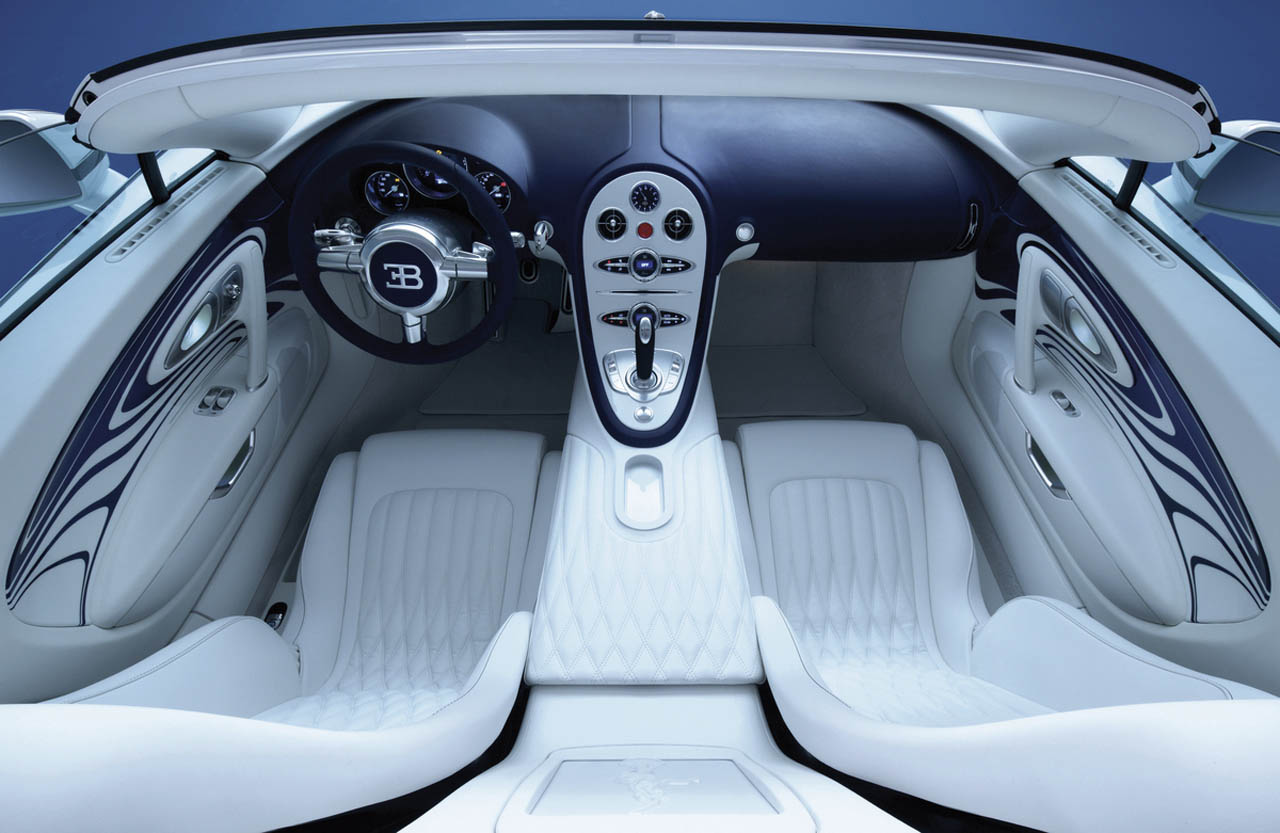 No mention has been made of what effect this extra material will have on performance, but we’re guessing that it will still leave everyone short of Formula 1 drivers and fighter pilots gobsmacked, even with all that extra weight. Bugatti has, however, mentioned a price for the Veyron Grand Sport L’Or Blanc: 1.65 million Euros, or about $2.4 million at present exchange rates. That might seem like a pretty excessive markup for a Veyron Grand Sport with a funky paint job and a few latrines’ worth of extra material, but there are two reasons for that. One, KPM’s product is far too highbrow to be found in the kitchen and bath department at your nearest Lowe’s and two, this is the only one in the world (though the two companies are leaving the door open for future collaborations). Can’t say we’ve ever wondered what a porcelain-trimmed car would be like, but now that we’ve seen this one, we can see it becoming the next big thing in over-the-top customizing. Hopefully that won’t result in a global shortage of loos.