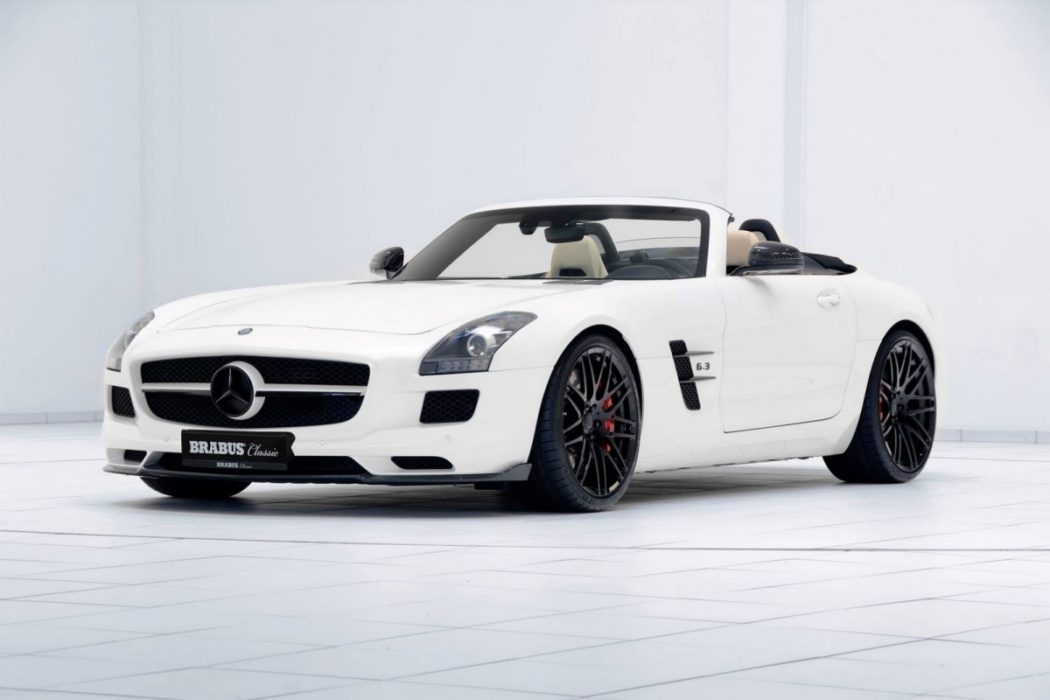 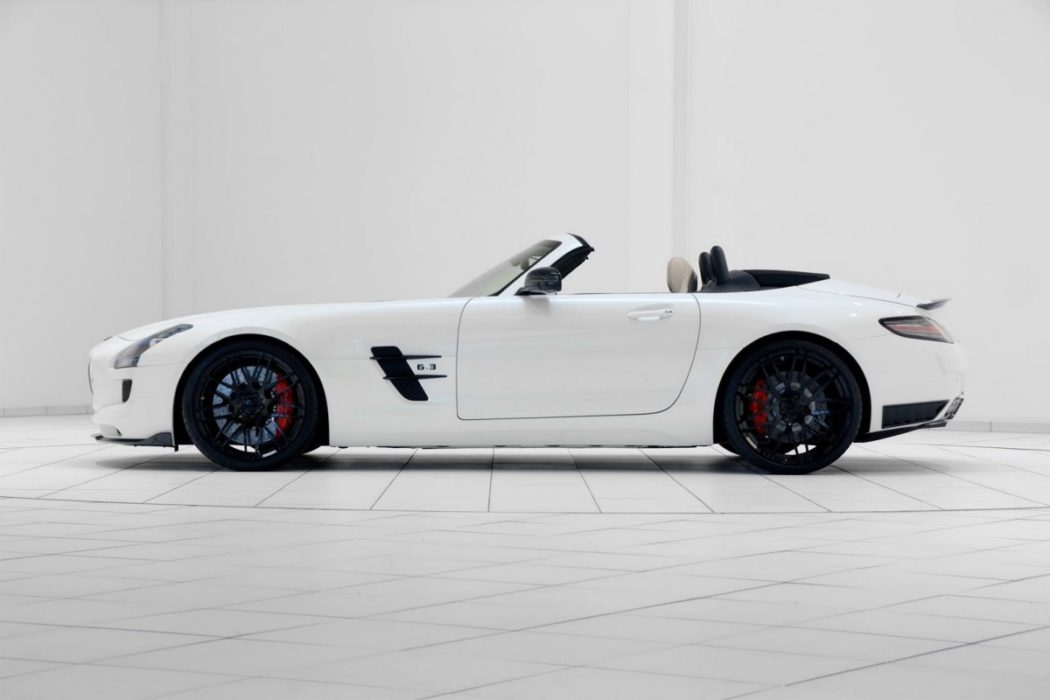 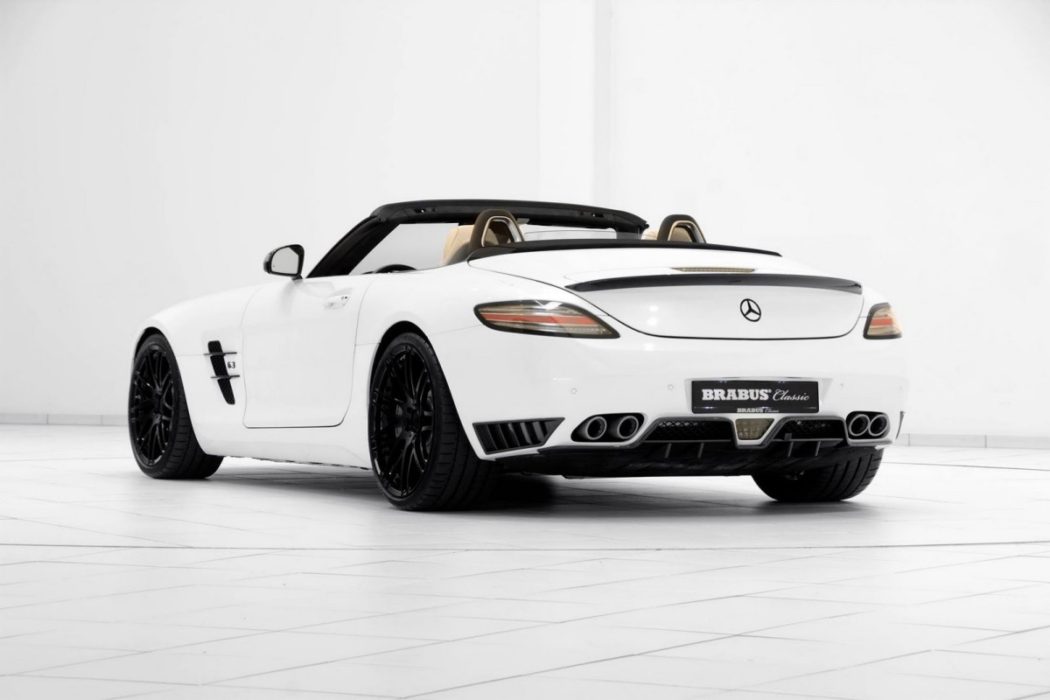 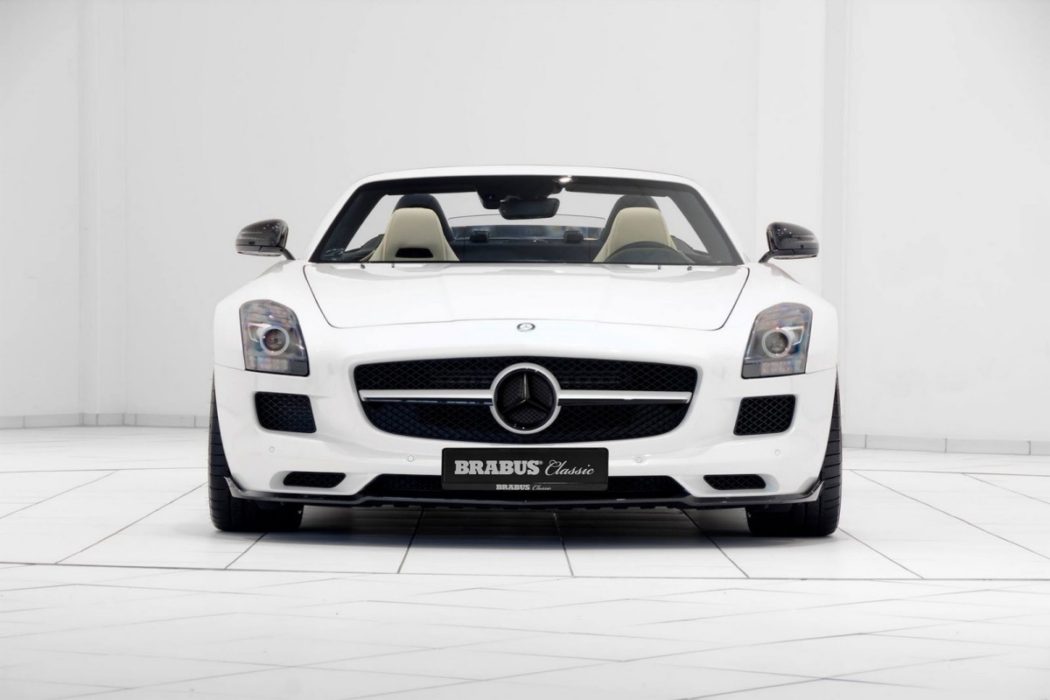 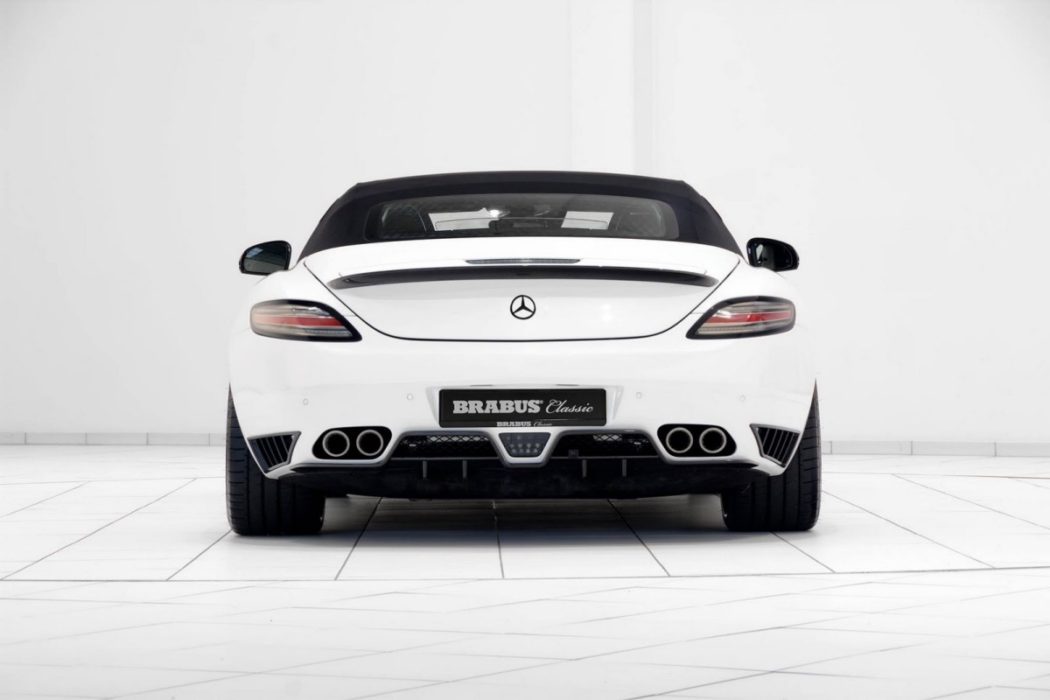 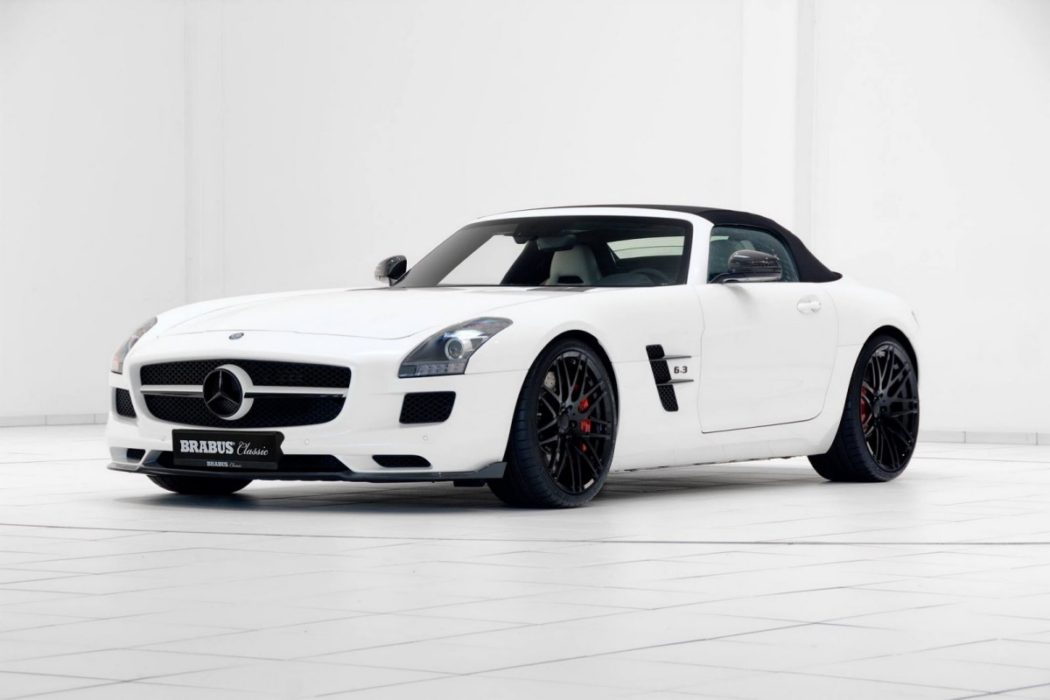 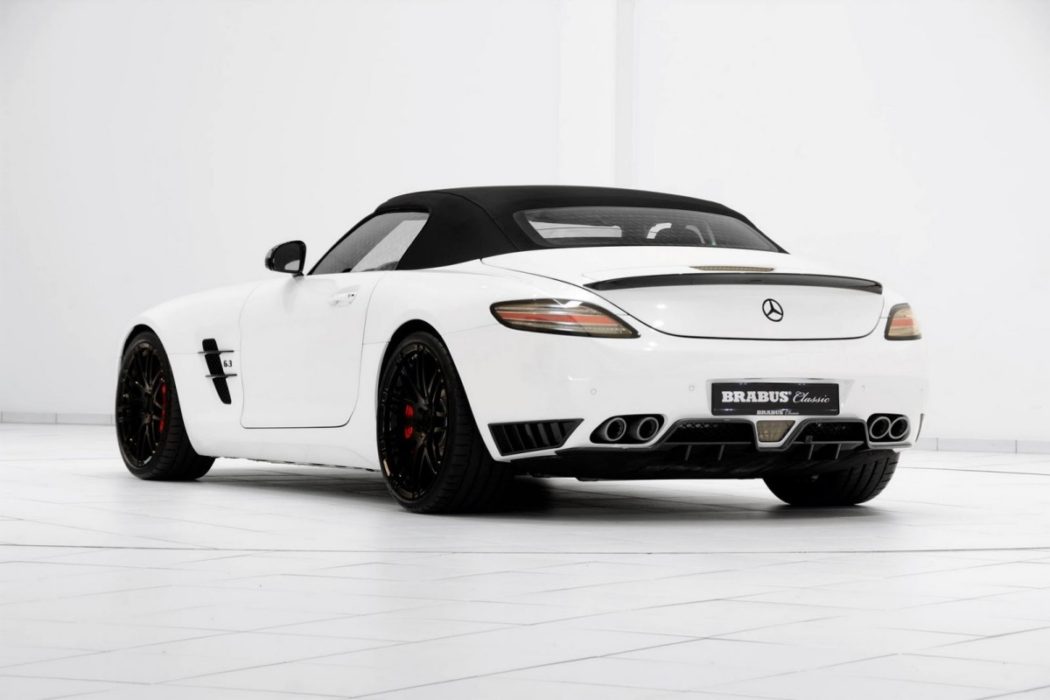 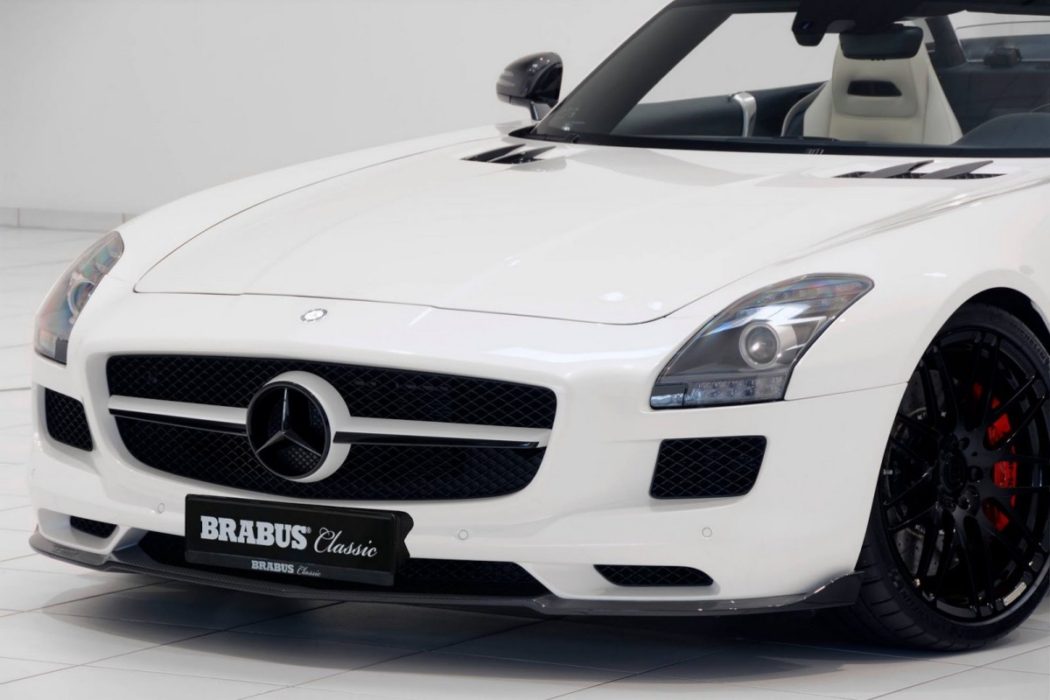 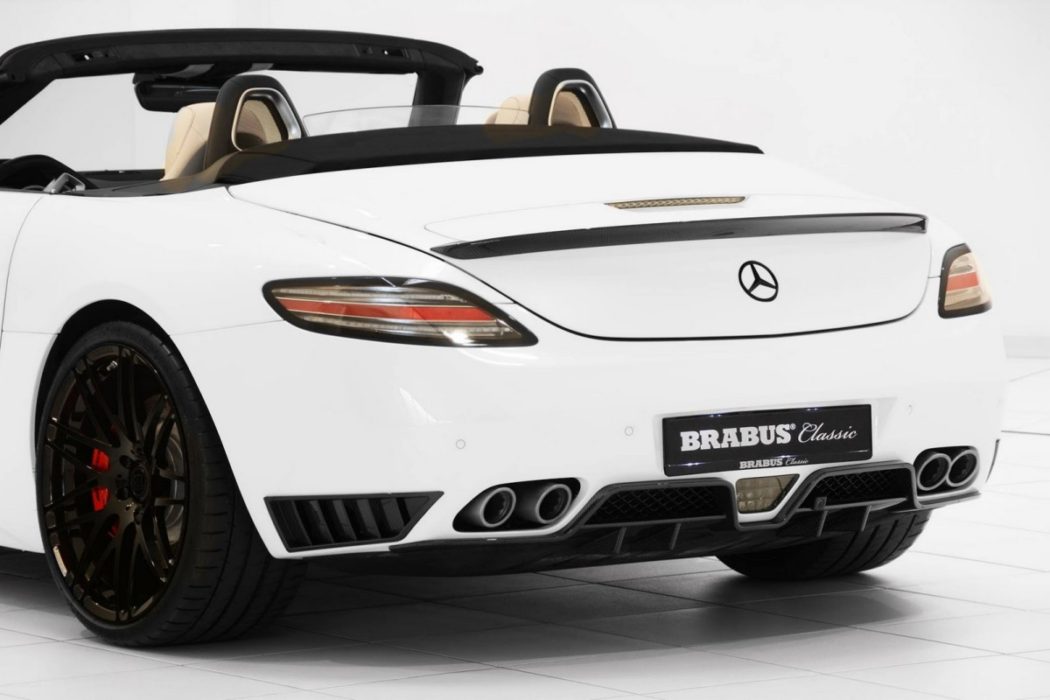 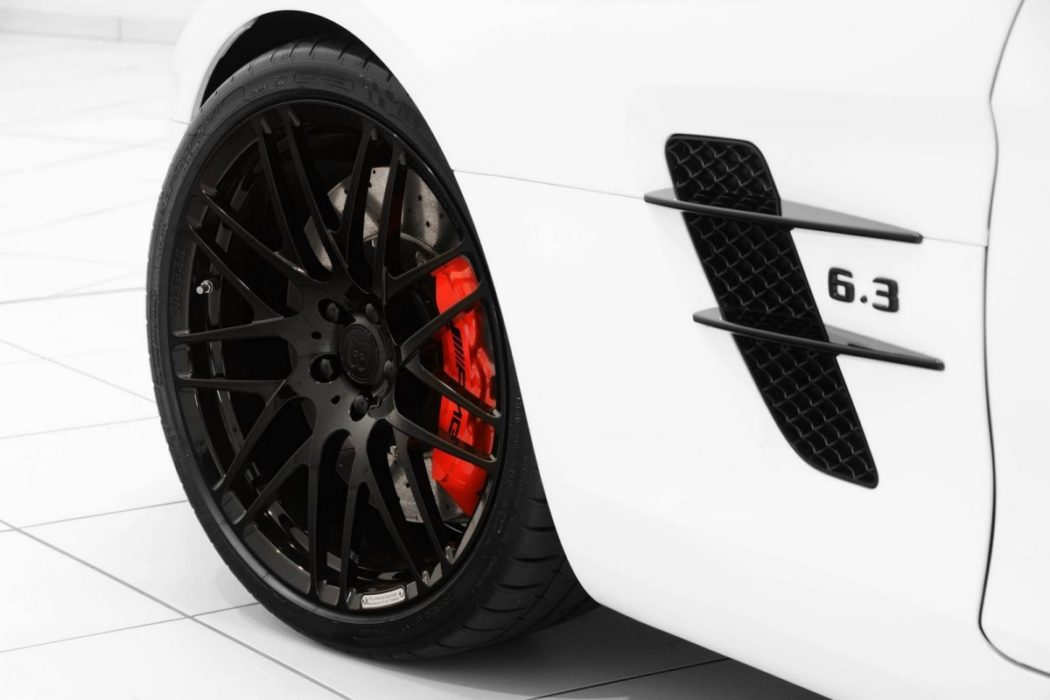 While we never really warmed up to the Mercedes-Benz SLS AMG Coupe, we were and still are fans of its Roadster sister. The open top version of the first mass produced AMG product not based on a normal Merc did away with the two bones we have to pick with the hard lid model (the stubby greenhouse and the flashy-for-flashiness sake gullwing doors) while keeping the thunderous naturally aspirated 6.2L V8 and thrilling dynamics. And now Brabus Classic (Yes, the SLS is already considered a classic, apparently…) has rolled out an upgrade package aimed at making this al fresco assassin even more appetizing.

If there’s one unifying theme for this series of modifications, it’s “restrained.” The exterior modifications are limited to a front splitter, rear spoiler lip, new rear bumper/diffuser assembly, lowering kit and a set of Brabus’ Monoblock F wheels. Underneath, there’s a titanium exhaust system (which is a whopping 40% lighter than the stock setup) and a power kit that bumps output from 563 to 603 horsepower. Again, not a massive departure from stock, but it’s enough for those in the know to know that this is something even more special.