Congratulations! You have just become an obscenely rich and powerful oligarch in some far-from-America nation. Not only can you now replace the beans in your favorite bean dip recipe with beluga caviar, but you now have a platoon of servants standing at the ready to happily(?) eat any that you spill off the floor, countertop and so forth. But what sort of imposing SUV do you drive/are you driven around in?

Perhaps a Hummer H1? Pfft, as if; your butler and his wife each have one. How about a Lamborghini LM002? Sure…if you, like your golfing buddy Kim Jong-un, are stuck in the ‘90s. Or maybe you’re rolling in the latest creation from Dartz. Yeah, because nothing says “exclusive” like seats upholstered in platypus vulvas (or whatever those crazy Russians are using now). No, the urban assault vehicle you want is the very-limited production Mercedes-Benz G63 AMG 6×6. Not special enough, you say? Well today’s your lucky day, because Brabus is now offering a tuned version of this ate-up-with-traction truck. 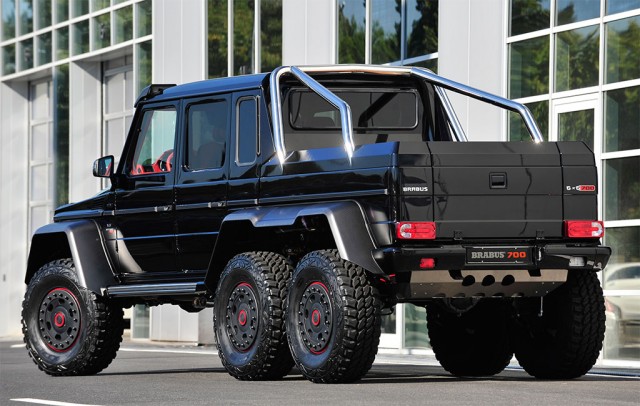 The 6×6 Merc G-wagen’s looks already kidnap bystanders’ attention at gunpoint, but the body kit Brabus applies to create what it calls the B63S 700 6×6 ups the ante even further. A new grille, smoked headlight and LED running light lenses, and a carbon fiber power-dome (with scoop) for the hood dominate the nose of this beast, while the flanks are rear have less in the way of modifications, basically just “Brabus” and “700” badges. The stock 6×6 is already a wild bit of kit, with massive carbon fender flares, a carbon fiber sun visor, and a big metal roll bar already dominating the exterior. The sextet of big 18” beadlock wheels are stock, though they now wear Brabus-logo center caps and even more aggressively-treaded tires.

Climb aboard and you’ll notice that the seats, door panels, floor (The freaking floor!) and other areas have been reupholstered in square-quilted (rather than the stock diamond-quilted) leather, with the headrests featuring “Brabus 700” embroidery. Other additions include a pair of bigger machined aluminum shift paddles and red carbon fiber trim on the center stack and console. Again, as with the exterior, Brabus was hard pressed to make the interior more decadent than it already was. 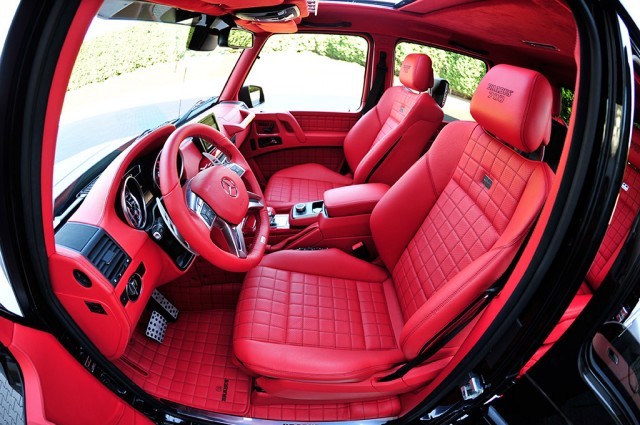 However, popping the hood will reveal some serious changes. There’s still a 5.5L twin-turbo V8 sitting behind the radiator, but instead of producing 536 horsepower and 561 lb.-ft of torque, the Brabus-ized mill pumps out 691 horsepower and 708 lb.-ft of torque. As with the stock version, the engine’s oomph reaches all six wheels via a 7-speed automatic transmission, six portal axles, five locking differentials and a partridge in a pear, er, a low-range transfer case. There are probably types of terrain that this thing can’t traverse, but we’re betting you can count them on one hand.

Of course, if you don’t want to go take this thing for a frolic in the sand, snow or the charred skulls of your enemies and decide to stick to the pavement, this rig will scoot. Brabus says the B63S 700 6×6 will hit 62 mph from a standstill in 7.4 seconds. Alas, the top speed is electronically limited to 100 mph for safety reasons. Can’t win ‘em all, we guess. 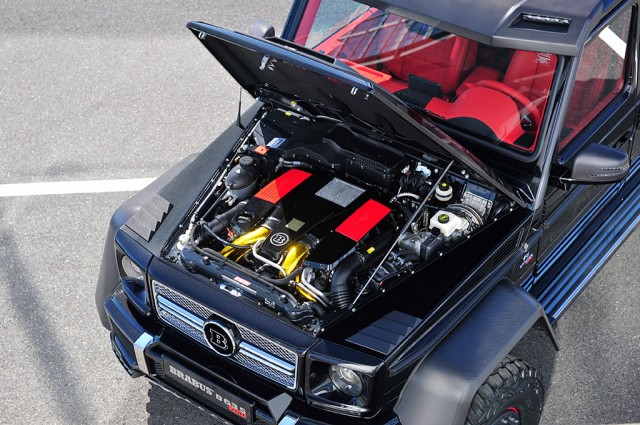 And speaking of winning, you’ll have to hit at least a couple lotto jackpots to be able to afford one of these things, though Brabus isn’t saying exactly how much dough they’ll need from you. And if you’re going to be in Frankfurt this week, be sure to see this monster in person at the Frankfurt Motor Show. Unless, of course, the German government has a warrant for your arrest, in which case you should probably stick to laying low and avoiding large crowds. 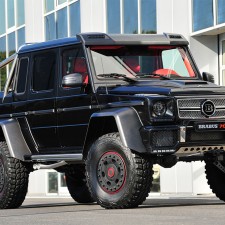 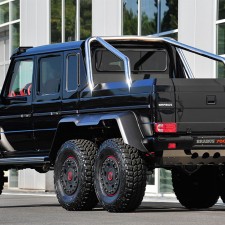 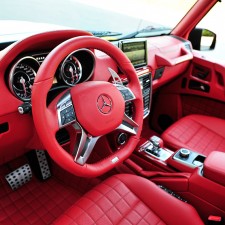 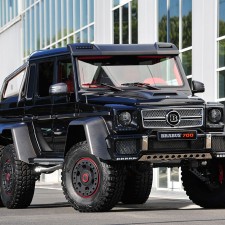 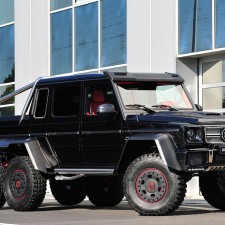 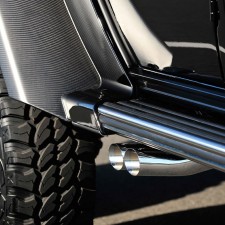 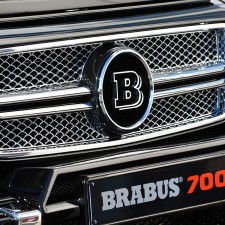 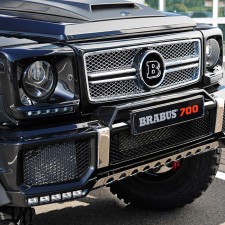 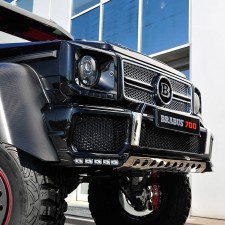 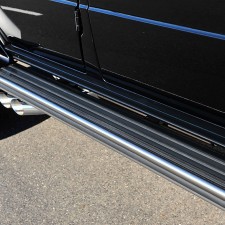 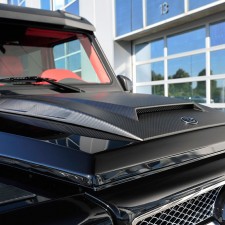 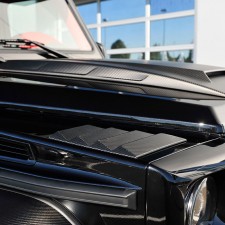 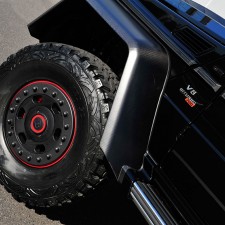 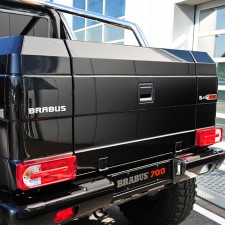 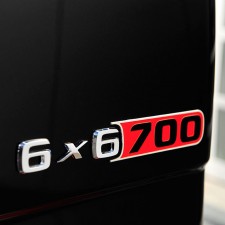 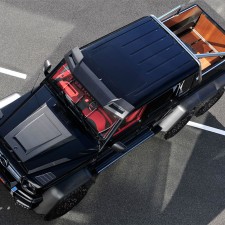 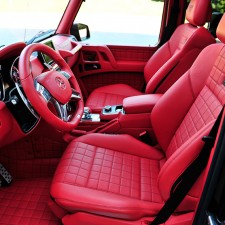 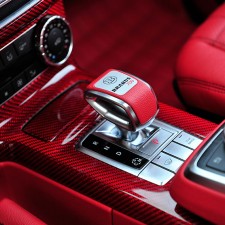 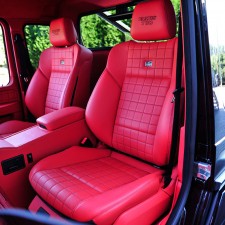 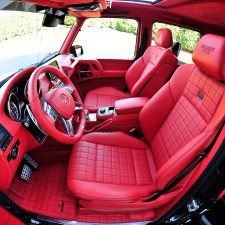 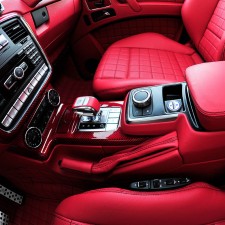 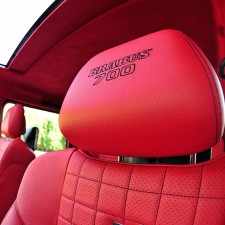 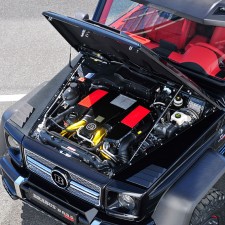 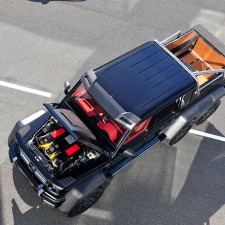