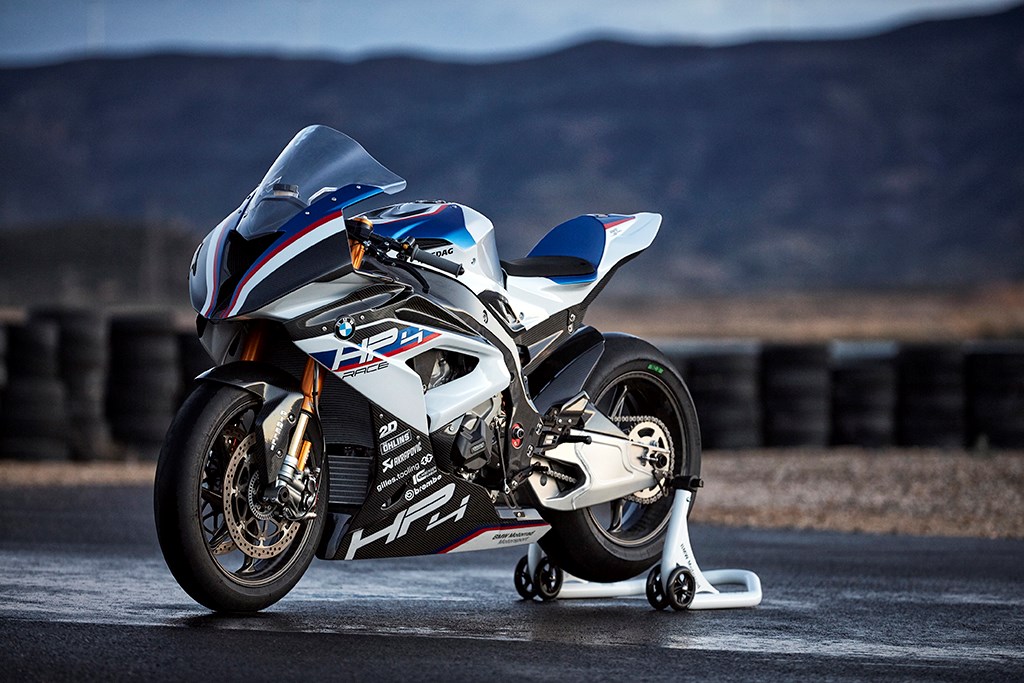 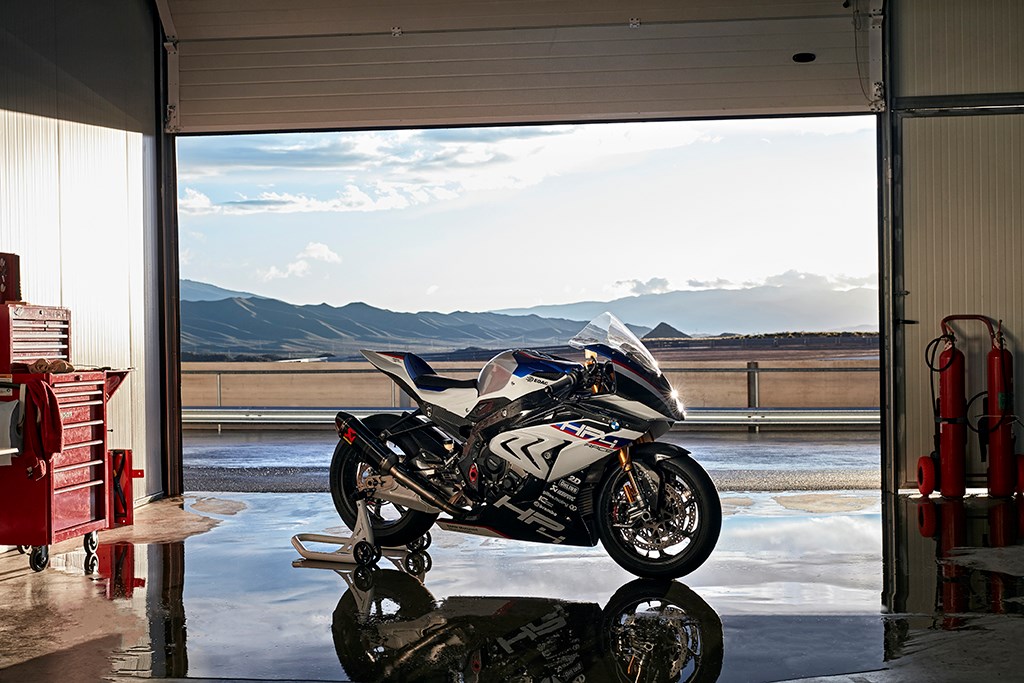 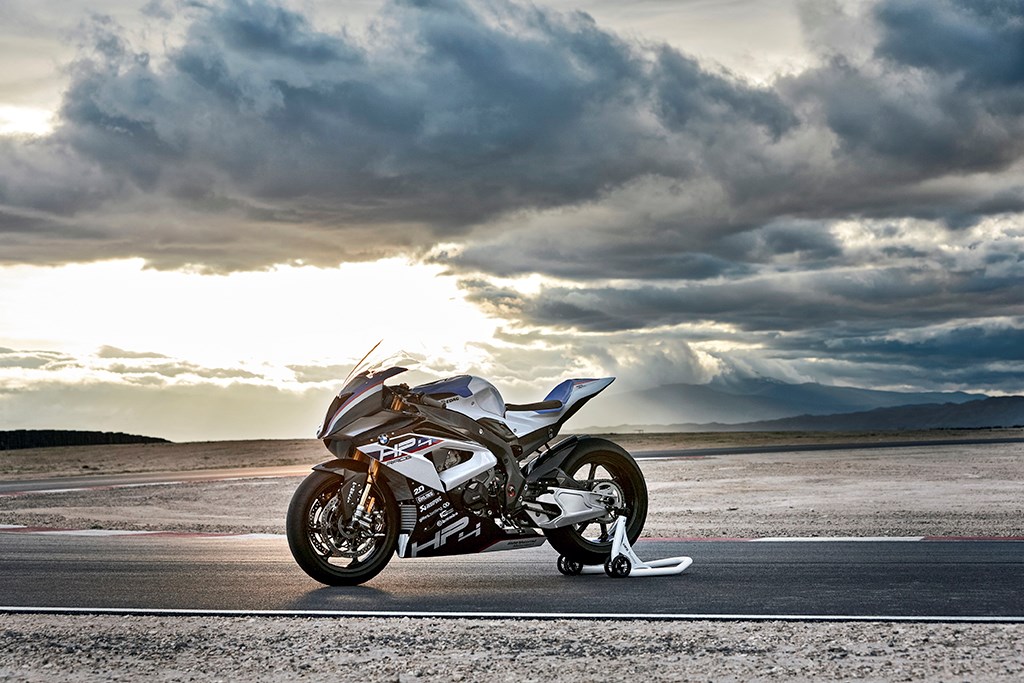 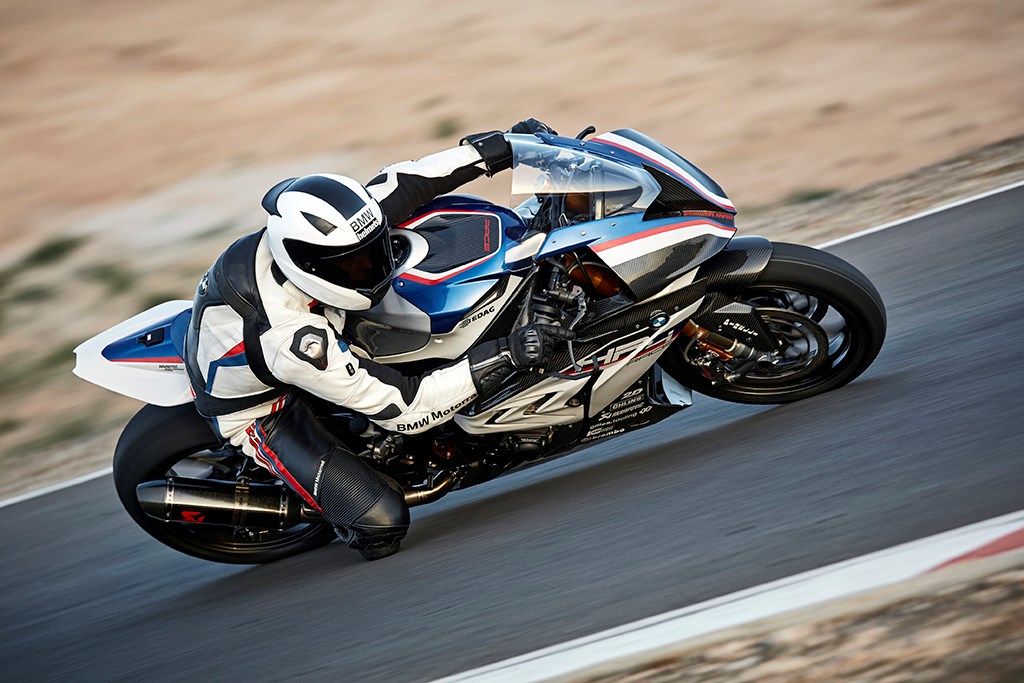 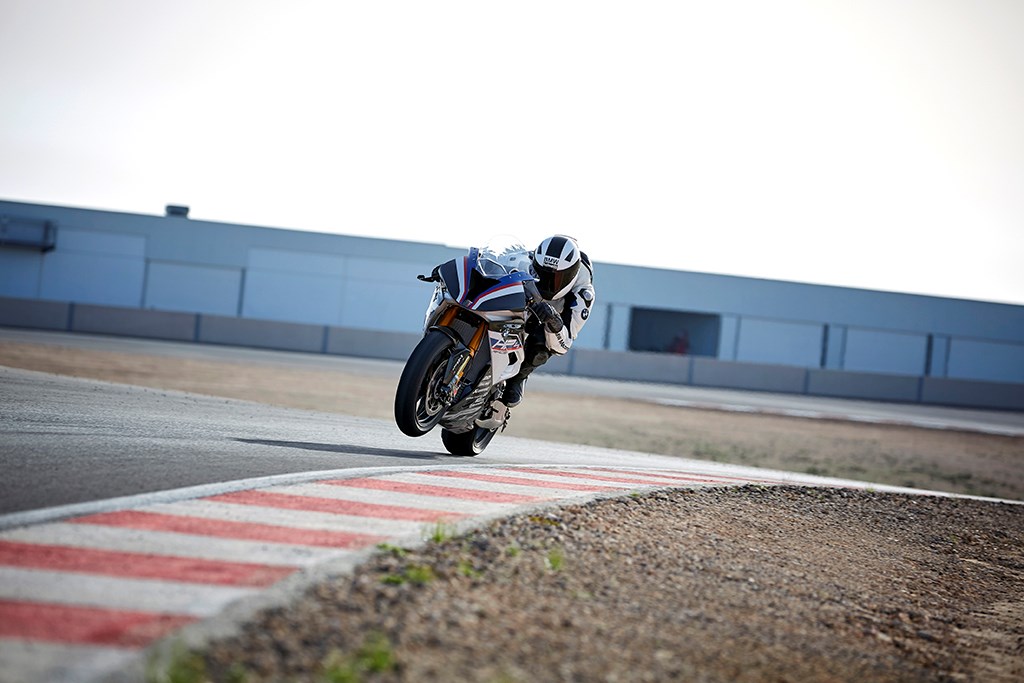 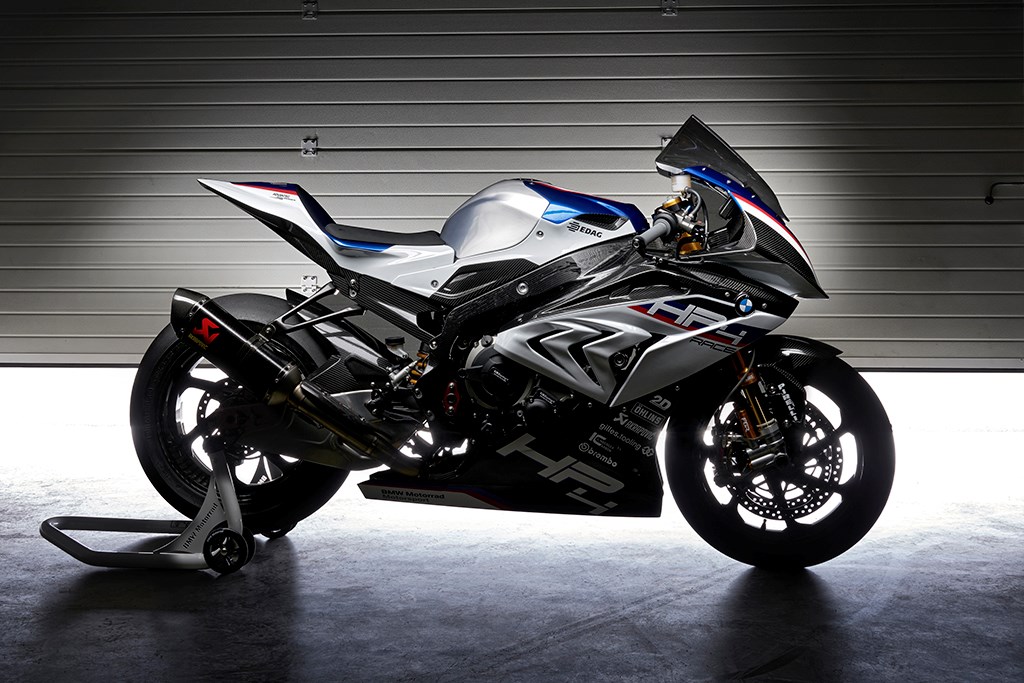 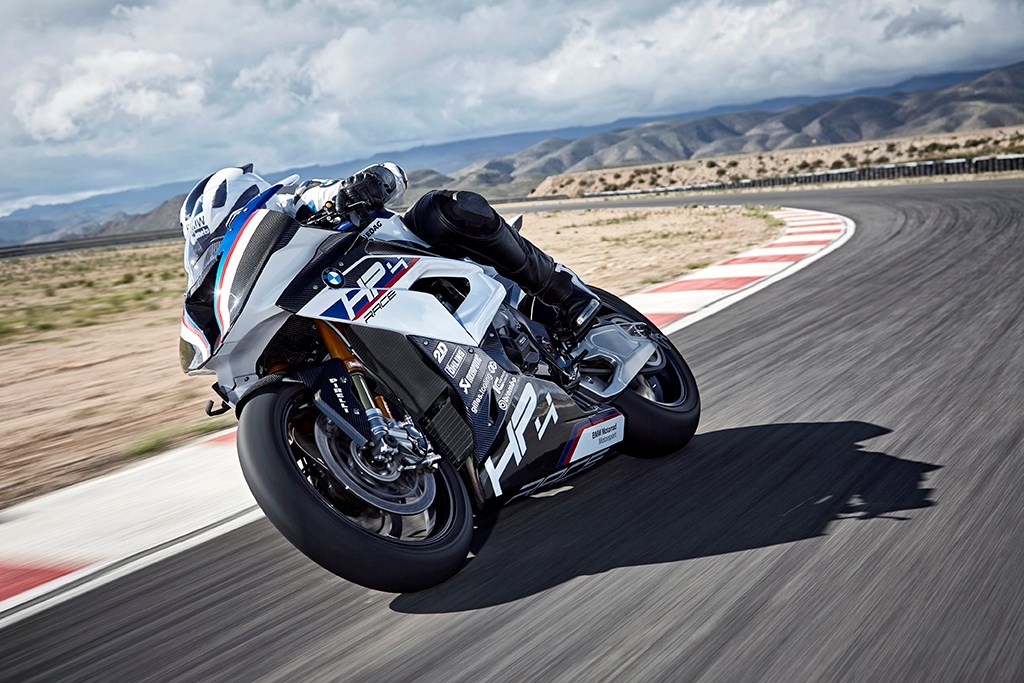 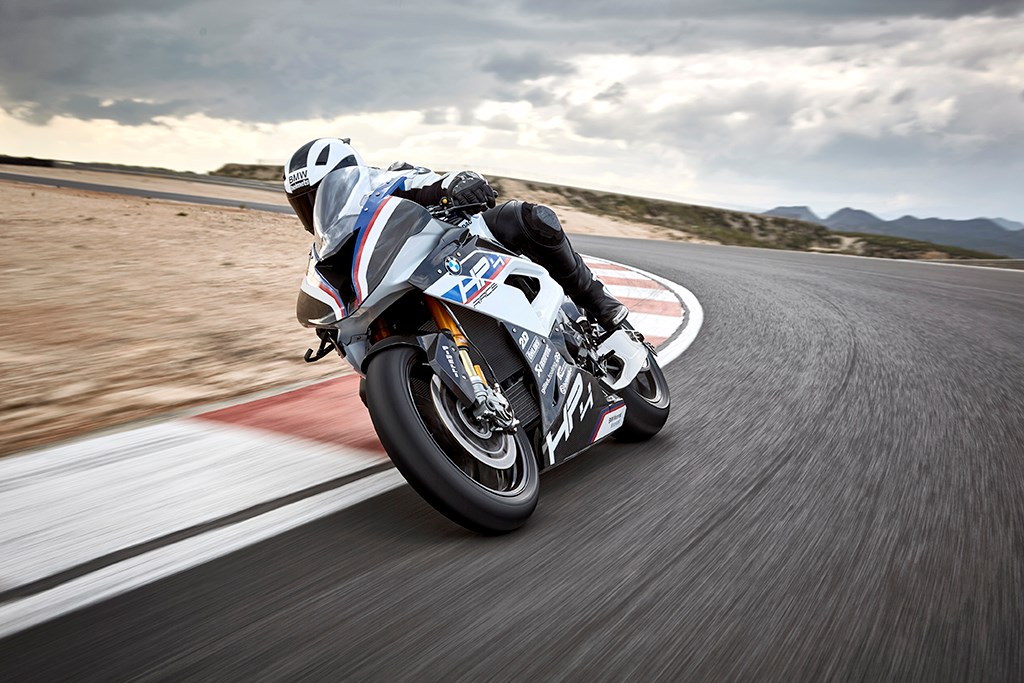 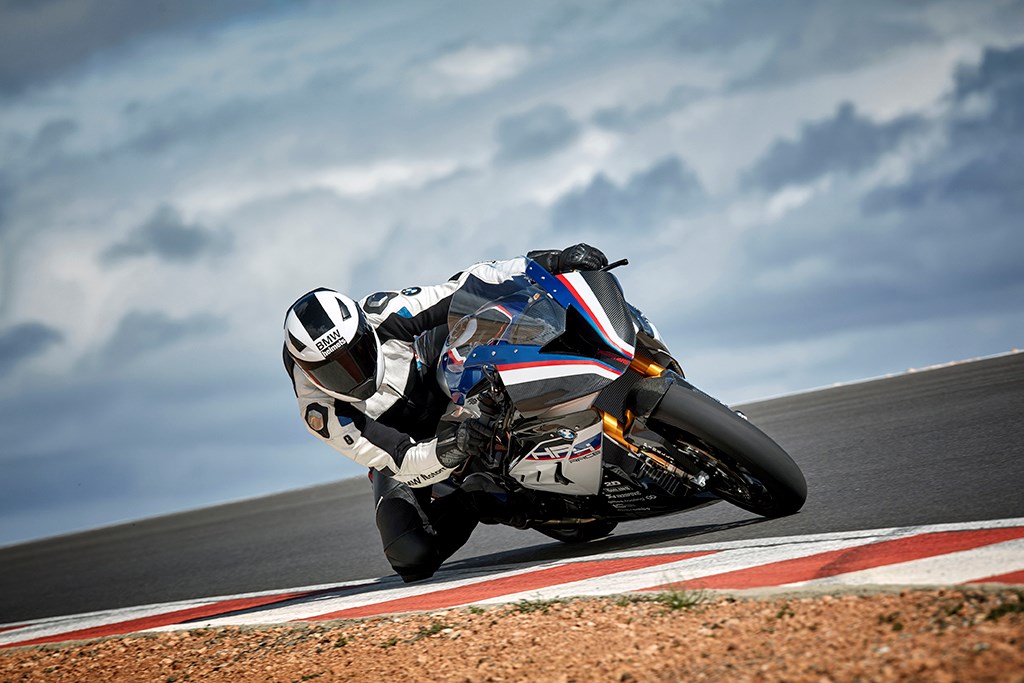 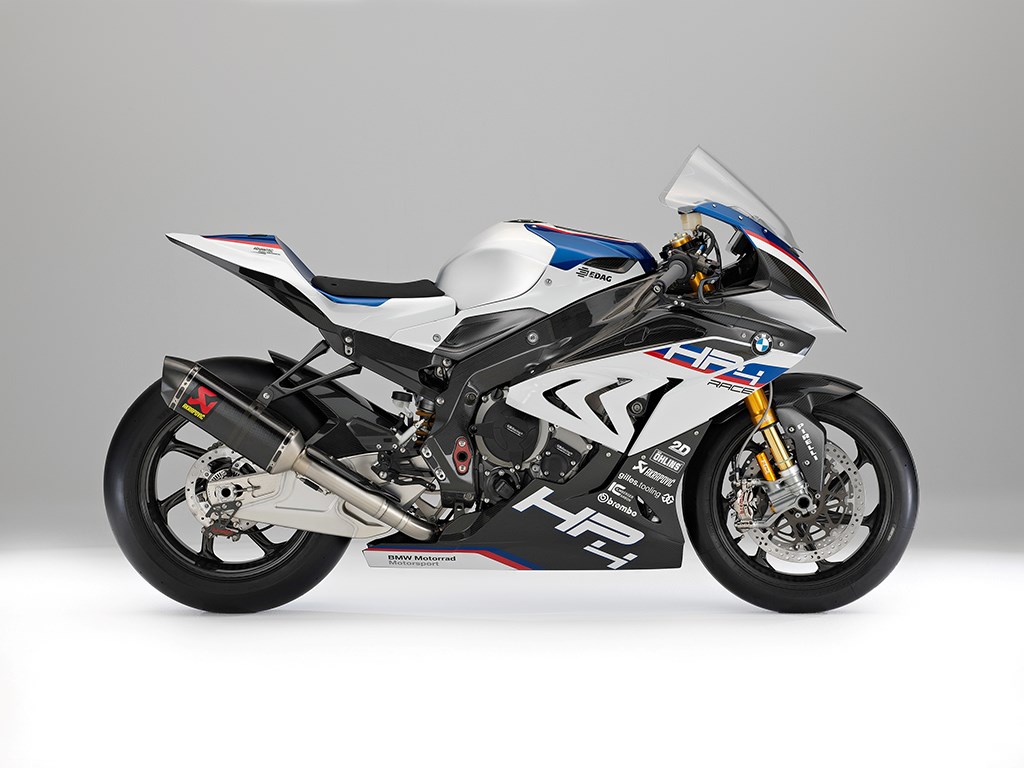 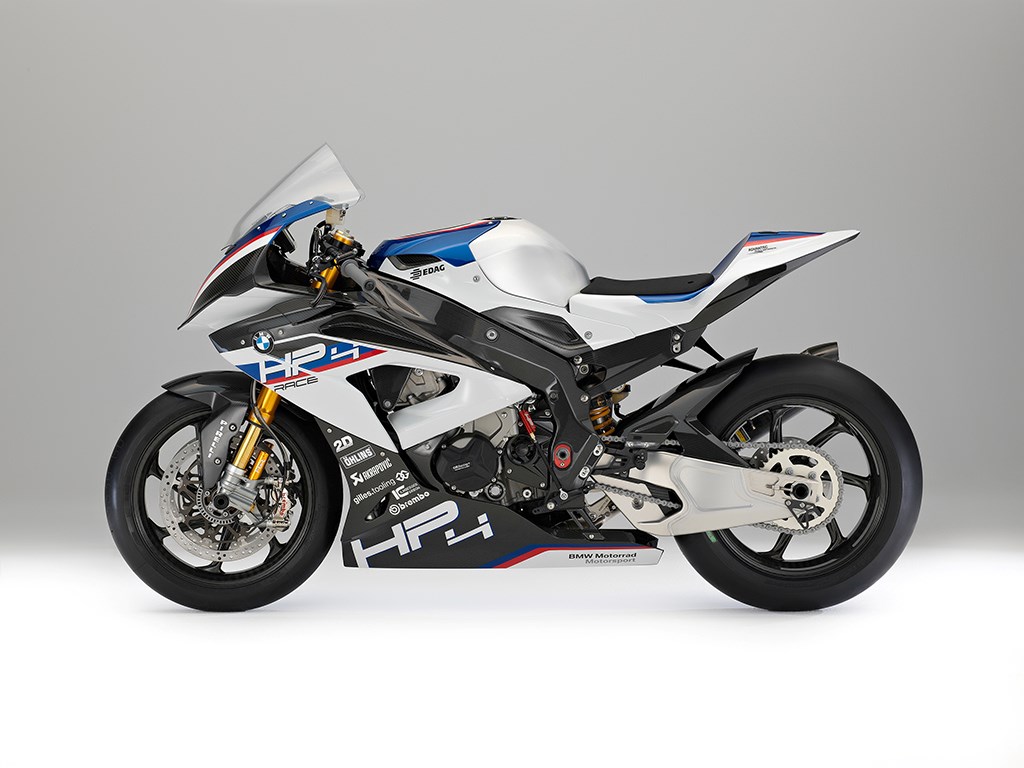 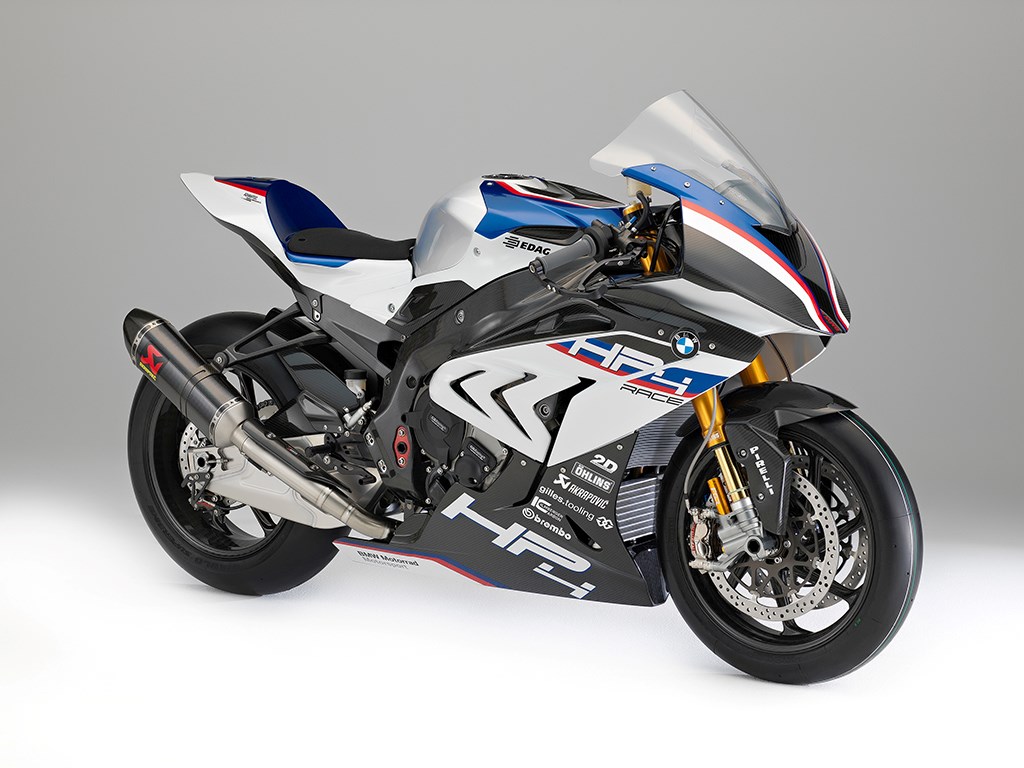 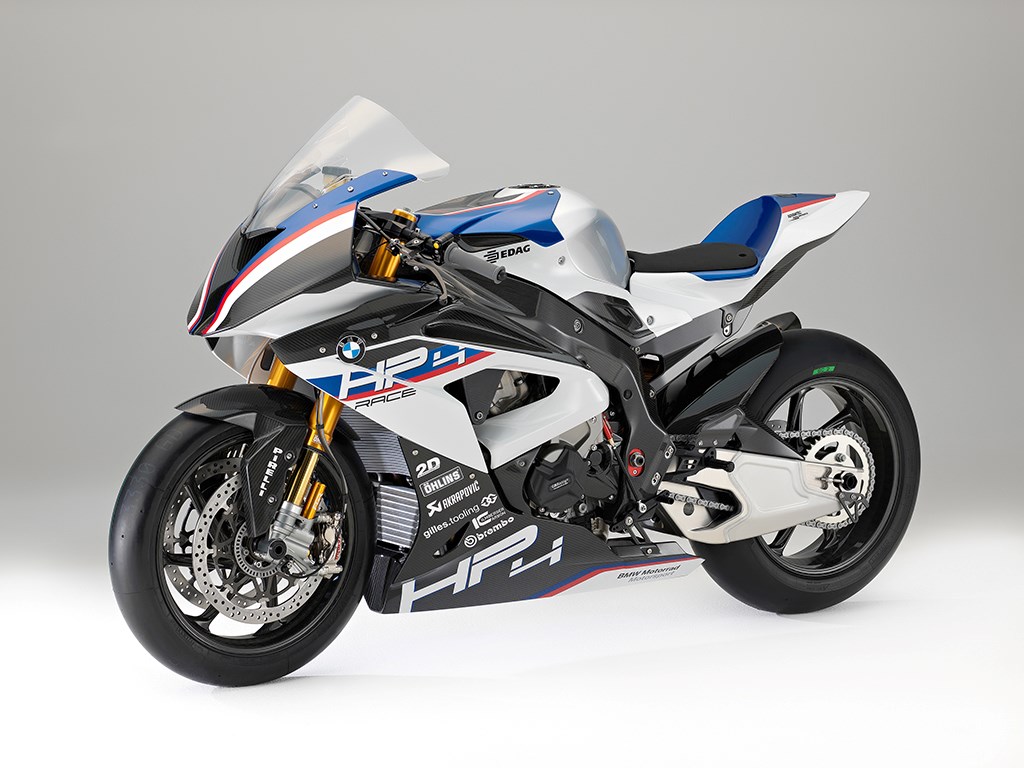 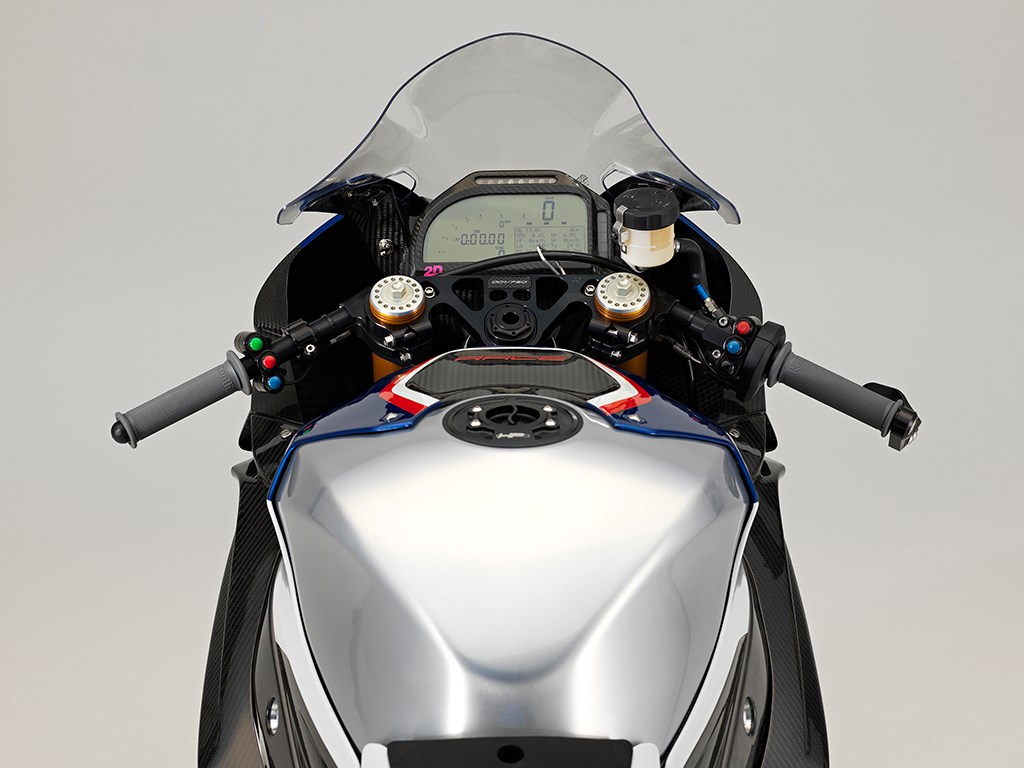 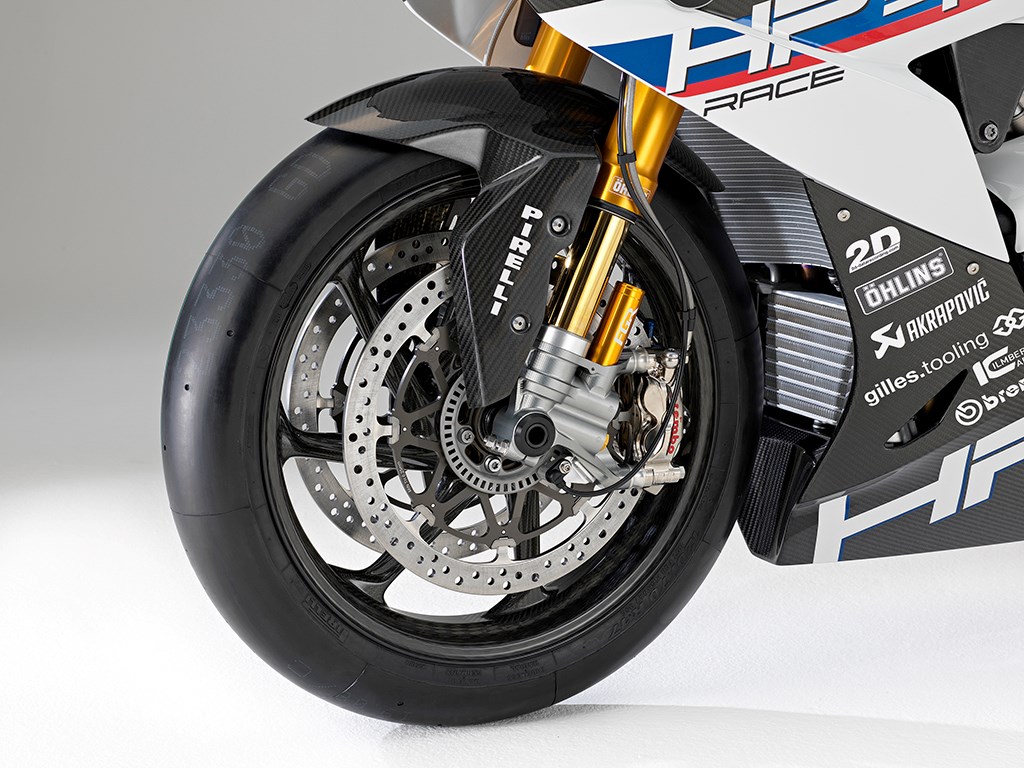 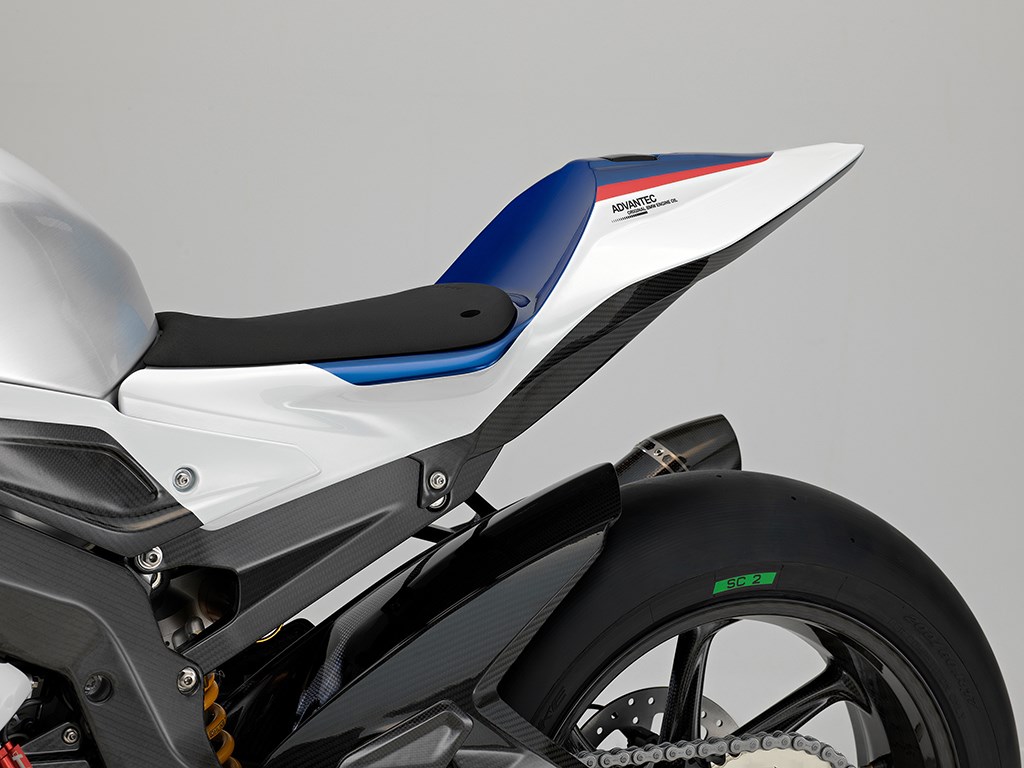 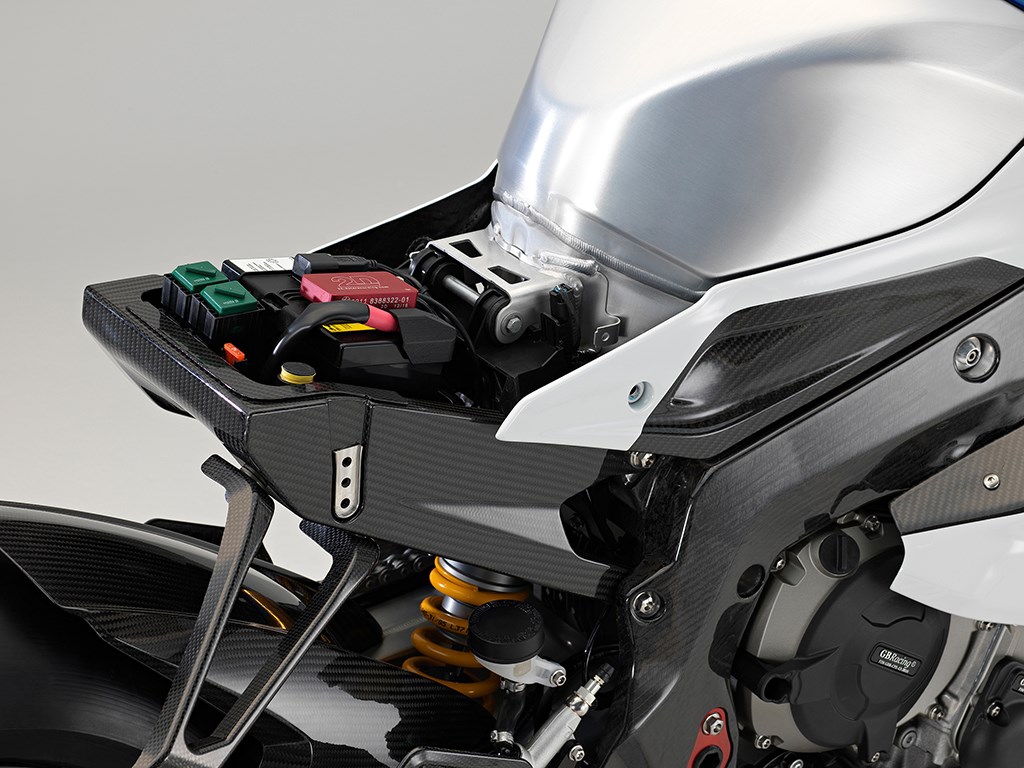 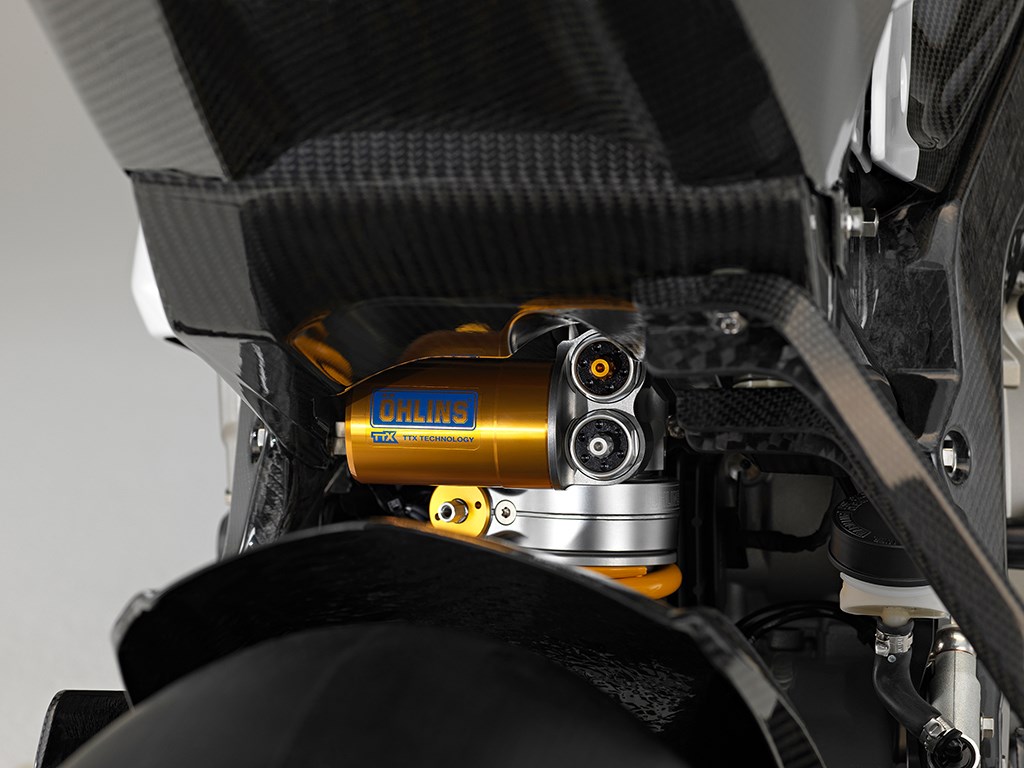 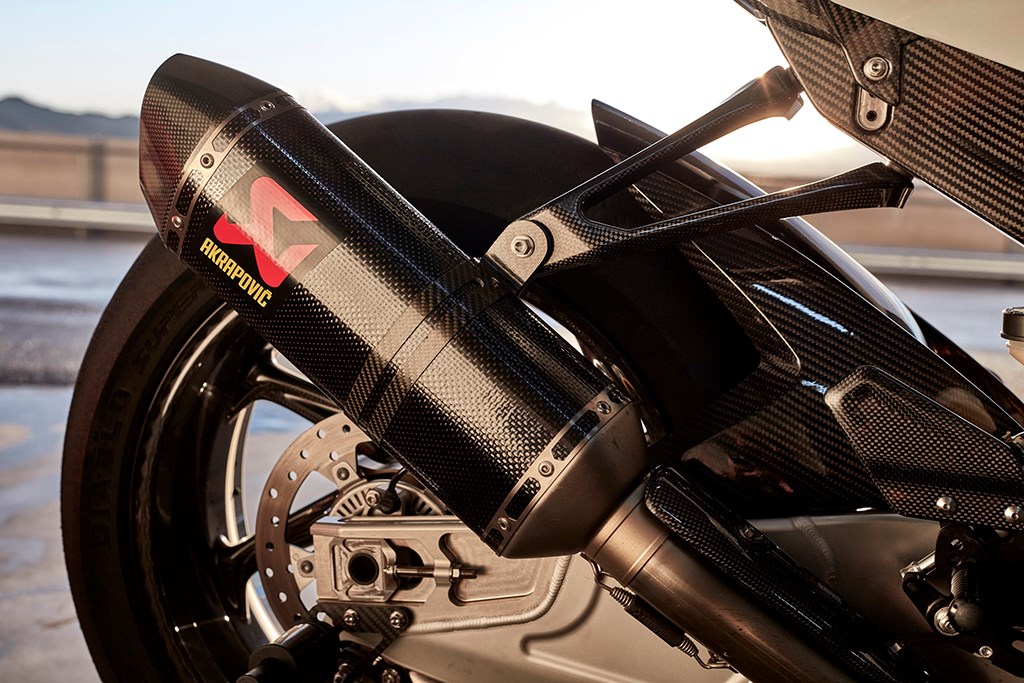 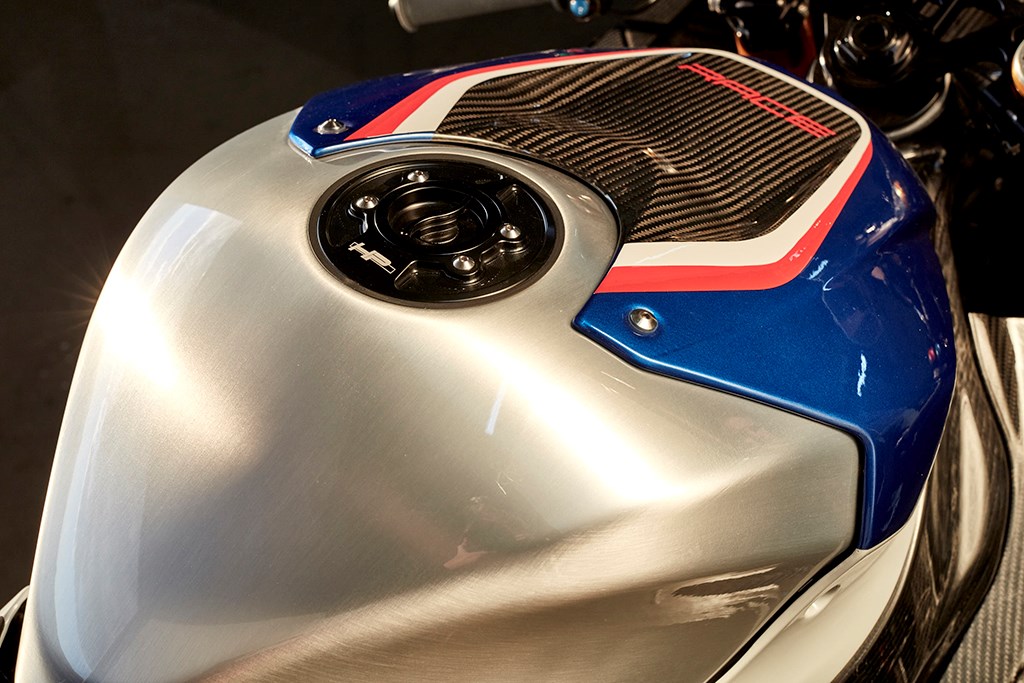 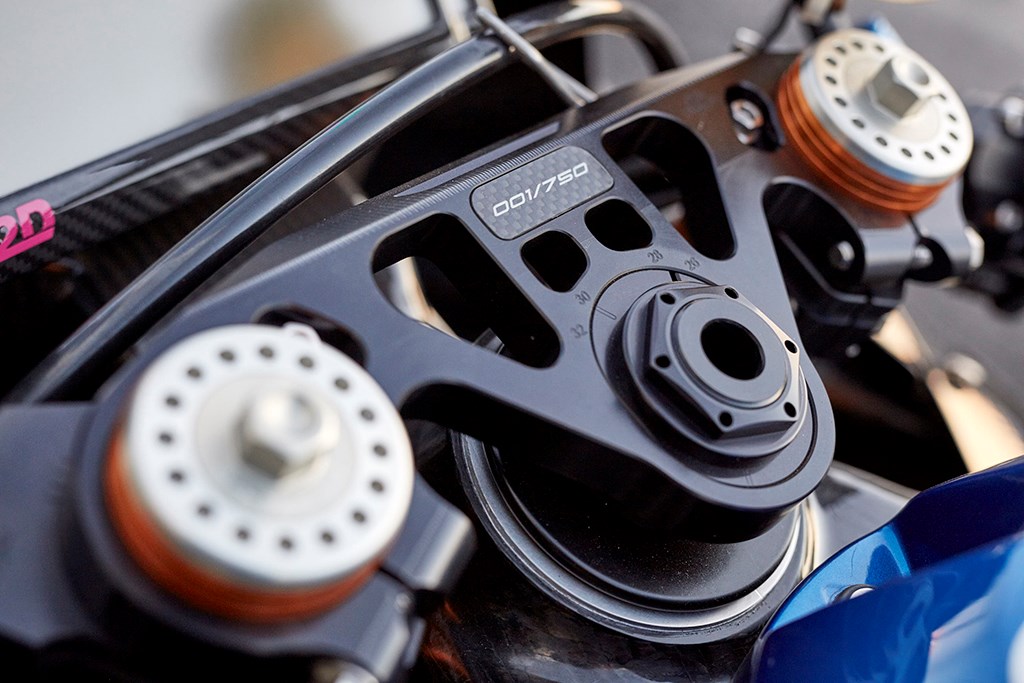 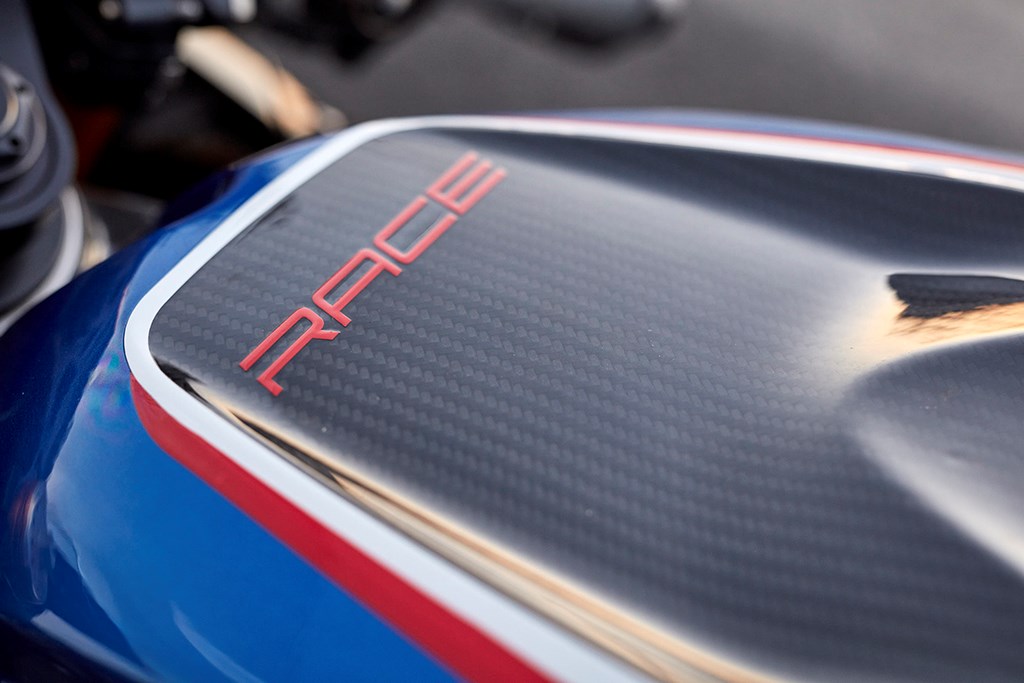 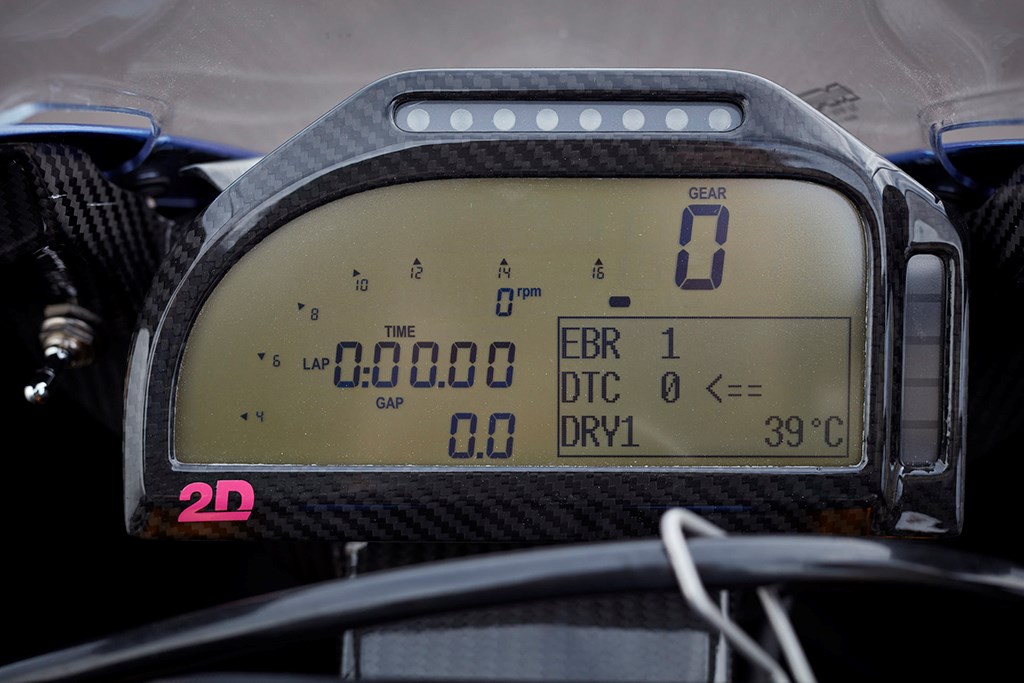 Track-only supercars that aren’t legal for street use seem to be gaining popularity with OEMs, but conceptually similar superbikes have been around for some time. Now BMW Motorrad is throwing its hat into this small – but lucrative – ring with a too-rad-for-the-road motorcycle called the HP4 Race. Built around a carbon fiber frame that weighs just 17.2 lbs. fully undressed, this two-wheeled wonder weighs just 377 lbs. fully assembled and full of fluids, yet it’s armed with 215 horsepower and 88.5 lb.-ft of torque from an inline-four (based on the one propelling BMW’s S 1000 RR) that revs to 14,500 rpm. It also has carbon fiber wheels, Öhlins suspension components identical to those used by some World Superbike and MotoGP teams, race-spec steel brake rotors with Brembo GP4 PR monoblock calipers, and a whole bunch of computerized rider aids like launch control and throttle-cut-based Dynamic Traction Control to make the pursuit of quicker lap times that much sweeter.

Unfortunately, all this capability comes at a cost: Expect to shell out almost $88,000 for one of these monsters. Oh, and only 750 will be made, so you’d better hop to it and get a place in line.