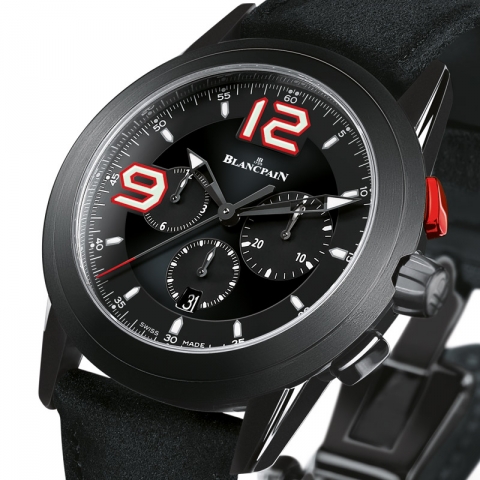 If you have seen the new Lamborghini Super Trofeo single-make racing series you know that Blancpain is its premier sponsor. Their livery, with large clock faces brandished on every hood and side panel, covers each and every car. So, it’s no surprise that they have finally come out with a watch to celebrate this partnership, the Blancpain Super Trofeo Chronograph. Looking at the skin of the Lamborghini Gallardo racing cars you would expect Blancpain’s new watch to be outlandish, but it is very low-key. In fact, besides the large numbers 9 and 12 on the face of the watch, which match the same style displayed on the cars, you probably wouldn’t put two and two together. 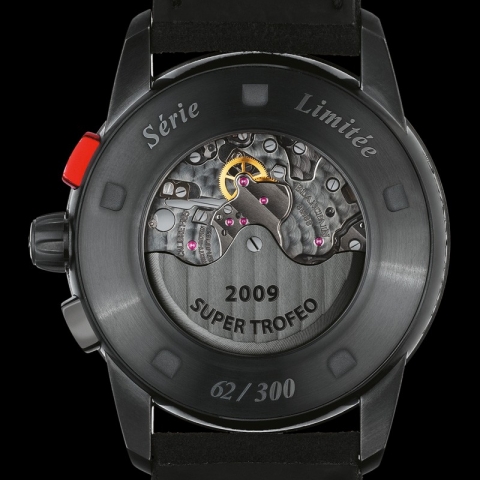 Personally, I like this approach as well as the fit and finish of this watch. The case itself is coated with something known as DLC or Diamond-Like Carbon. This is a fairly recent approach to watchmaking that is getting more and more popular. Essentially, manufacturers are using a carbon compound that is not exactly a diamond but displays many of the same properties and is used for some of its unique qualities such as hardness, strong wear resistance and slickness to the touch. 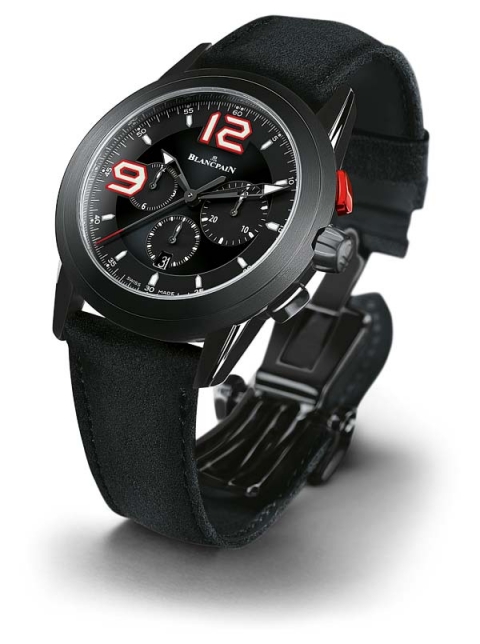 The wrist straps of the watch are made out of Alcantara, the same material used extensively for upholstery in high-end sports cars. Blancpain uses their special Calibre F185 automatic chronograph movement to power this watch operated by two push-button actuators – one red and one carbon. Only 300 examples will be manufacturered in total to mirror the 30 cars in the Lamborghini Super Trofeo series. Price of the Blancpain Super Trofeo Chronograph is unknown. What we do know is that the next racing event takes place at Norisring, Germany on June 26th through 28th. 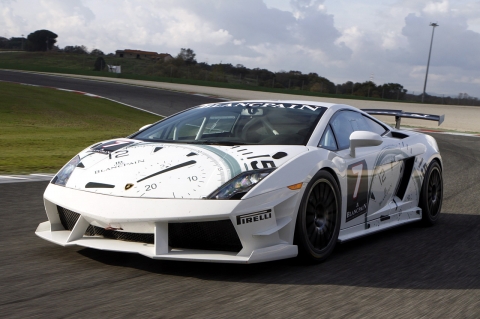