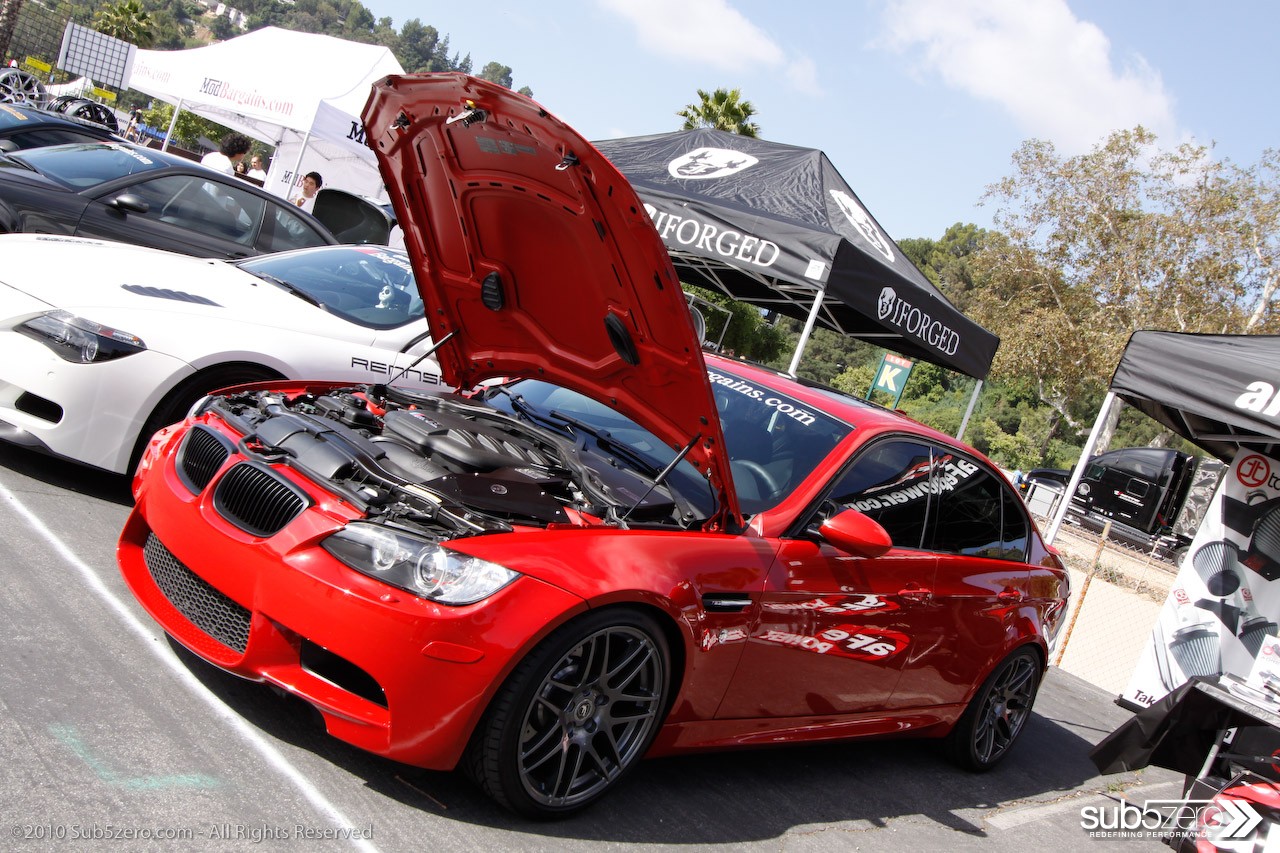 Bimmerfest is the one event that every BMW enthusiast waits for each and every year. It finally came this year, on Saturday May 22nd, at the world famous Rose Bowl in Pasadena, CA. Now Bimmerfest isn’t your average car show, it’s BMW specific. It’s the place where all the new gadgets and goodies are unveiled, by the biggest names in aftermarket BMW parts; it’s like SEMA for BMWs. Bimmerfest is also the largest BMW gathering in the US.

Hardcore BMW enthusiasts work long and hard each year, to make their cars that much better then what they showed up with the previous year. The months, weeks, days, and even hours before the event are spent buying parts, swapping motors, acquiring wheels, and detailing, so that each person can be proud of what they brought to the showgrounds. People travel from across the country each year just to witness this amazing event. 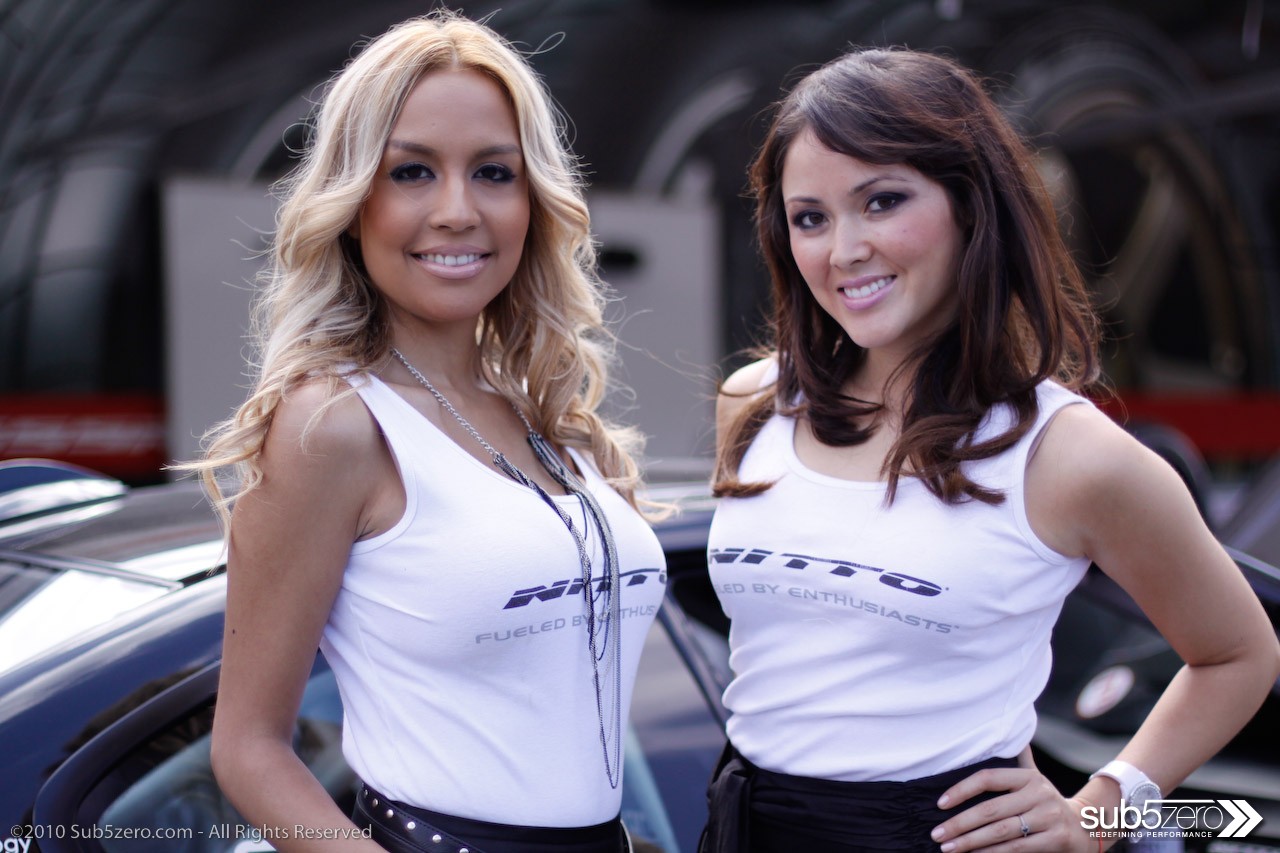 Bimmerfest 2010 definitely was an event worth attending! Hot cars, hot women, and hot Cali weather! I woke up at 6 am and drove out with 15 cars to a large SoCal E30 (1984-1991 BMW 3 Series) specific caravan. We made a big appearance this year, with 56 cars in tow. On our way there, the 210 freeway was overloaded with BMWs, which is a great feeling. We caused more traffic to the Rose Bowl then a UCLA football game, which is pretty impressive. Once we were all parked, everyone got out their cameras and water bottles, and started snapping pictures of all the amazing cars that made it. This year’s Bimmerfest was just as big, if not bigger then last year’s 2,000+ car turnout. There were old cars, new cars, and a lot of highly modified ones. There was a much larger presence of the newer model BMWs this year, but I was more excited to see all of the older, timeless classics.

The intoxicating sound ofGerman engineering could be heard throughout the day with all the people revving their engines. One person even blew their engine trying to show off! The supercharged E92 M3s at the Gintani booth sounded by far the best! As the day went on I met a bunch of new faces, and caught up with some old friends. In my opinion, that’s what Bimmerfest is really about – the people. While the cars and the models are nice to look at, the friendships last a lifetime. I love being able to talk about cars all day, with other people that have the same passion for BMWs that I do.

This year’s Bimmerfest had a different feel to it then the previous years. The biggest change for the event this year was the venue – Bimmerfest 2010 was held at the Rose Bowl in Pasadena, CA. While the Rose Bowl is a huge venue, with more space than any of the previous events provided, it wasn’t as unique. Bimmerfest 1-9 were held in beautiful Santa Barabara, CA; a bit more picturesque then Pasadena. The first three (2000-2003), as well as number 5 in 2005, were held at Cutter BMW dealership in Santa Barbara, now known as Santa Barbara BMW. The first events were much smaller, and much more personal. Most of the people attending the first few events either knew each other before the event, or knew them by the end of it.

In 2004 the event moved to the Earl Warren Showgrounds in Santa Barbara, because Bimmerfest the previous year tested the capacity of the dealership. When the event outgrew the Earl Warren venue in 2008, the founders of Bimmerfest moved it to the Santa Barbara Polo & Racquet Club for 2009. In an effort to get even more attention, and have even larger capacity, the Rose Bowl was chosen for 2010. This decision took away from the event because it wasn’t as appealing. Santa Barbara had a lot more to offer enthusiasts: the night life for the younger crowd, the nice vacation spot for the older crowd, or the nice drive that everyone could enjoy. Consequently, many people were turned off by the idea of having the event at the Rose Bowl, and missed out on this year’s.

I had a great time this year, and I’ll definitely be in attendance at next year’s event. My friends and I are going to try to convince the founders to move Bimmerfest to Willow springs Raceway next year, that way we could enjoy our cars the way that they were meant to be driven! Below are some of the highlights from Bimmerfest 2010: 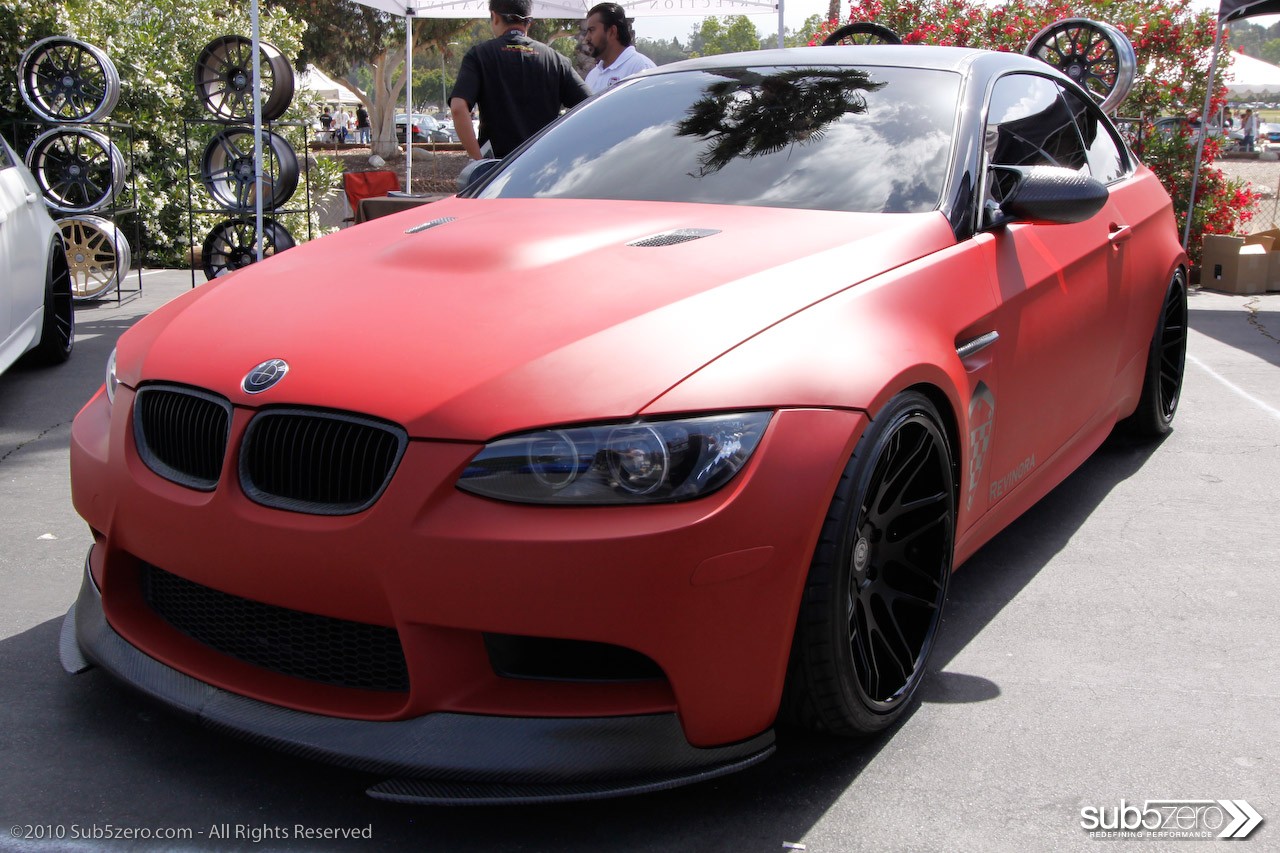 This E92 M3 really stood out this year. The matte red paint finish, the dual layer textured carbon fiber roof, aggressive front lip, and the insane HRE wheels got this car a lot of attention. 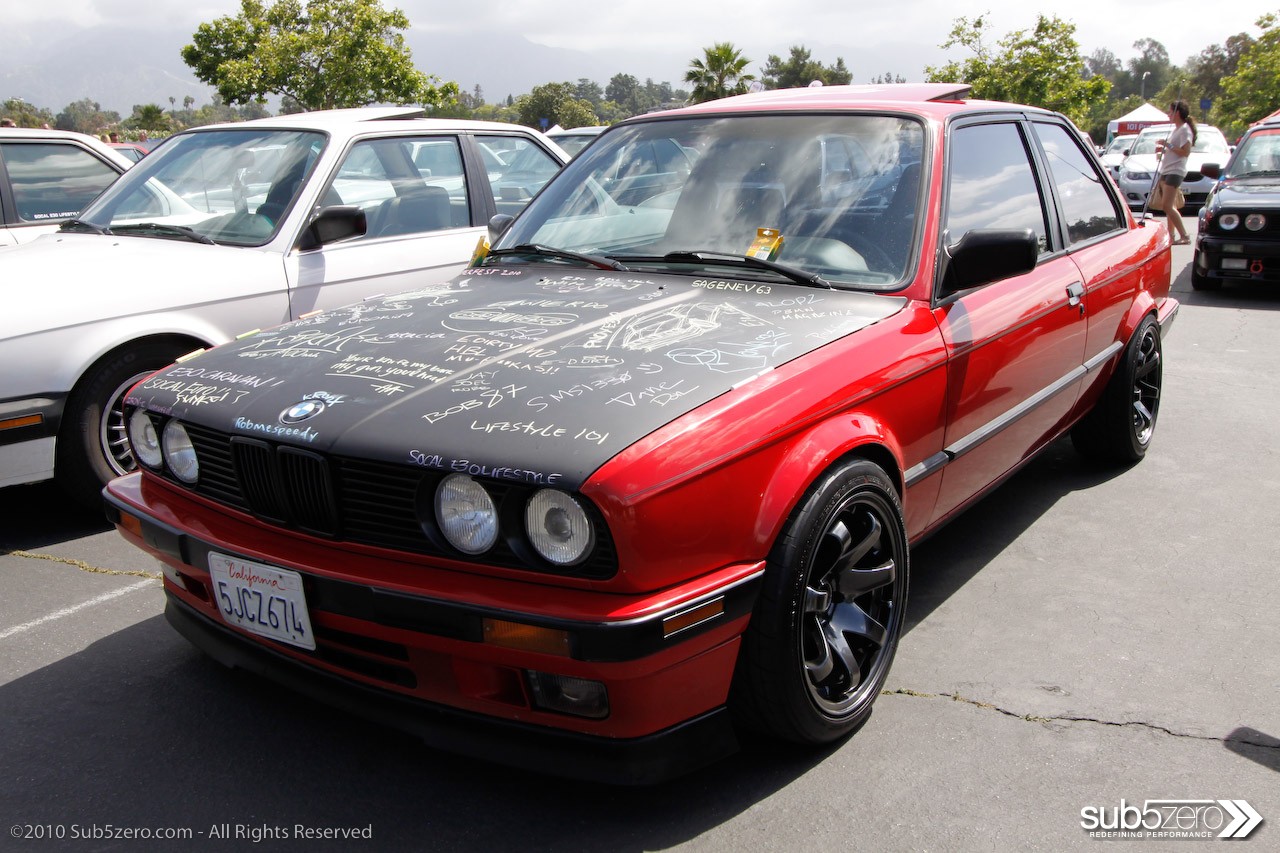 My friend’s E30 sporting a chalk board hood. It was like a year book, where everyone could leave their mark. 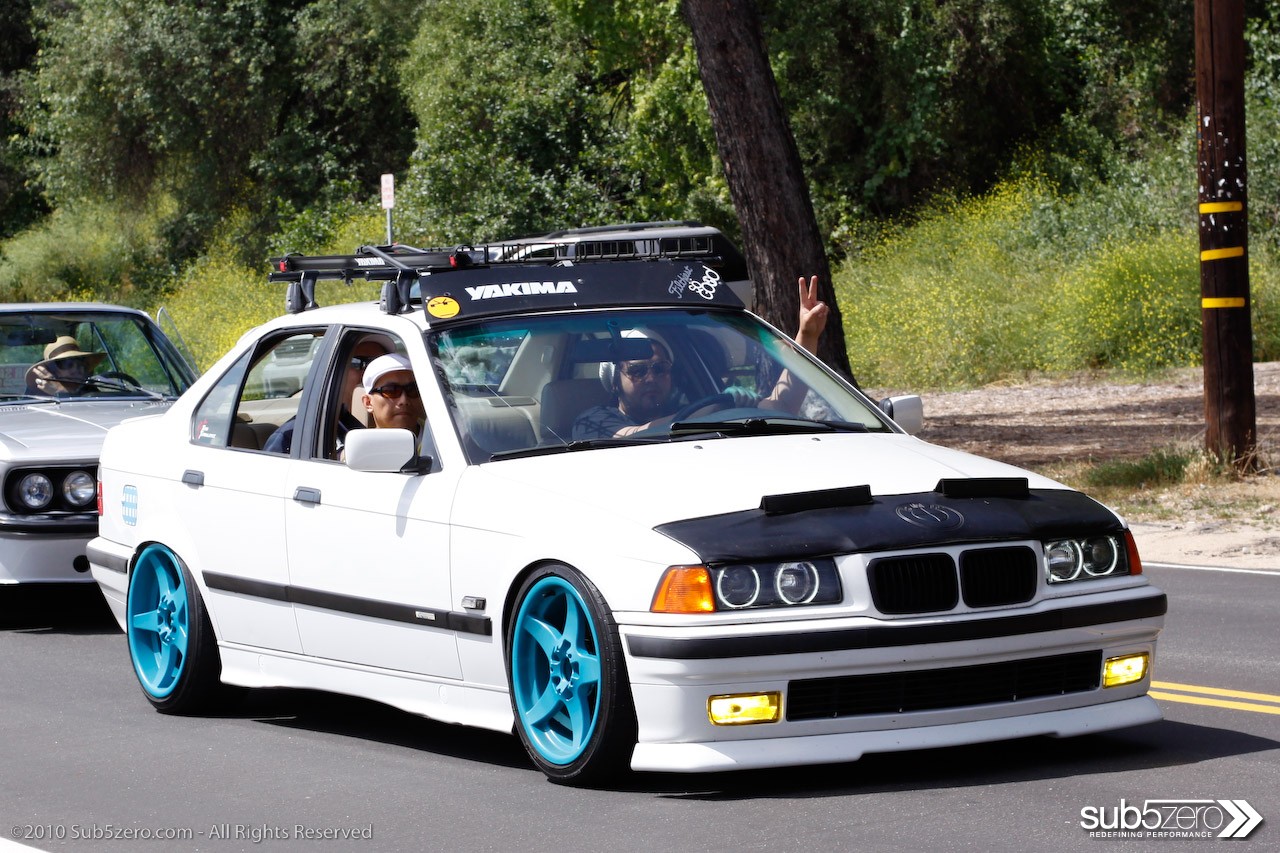 The BMW scene has changed quite a bit over the years. Deep dish wheels, crazy offsets, stretched tires, and outrageous colors have all been adopted from the JDM and VW scenes. 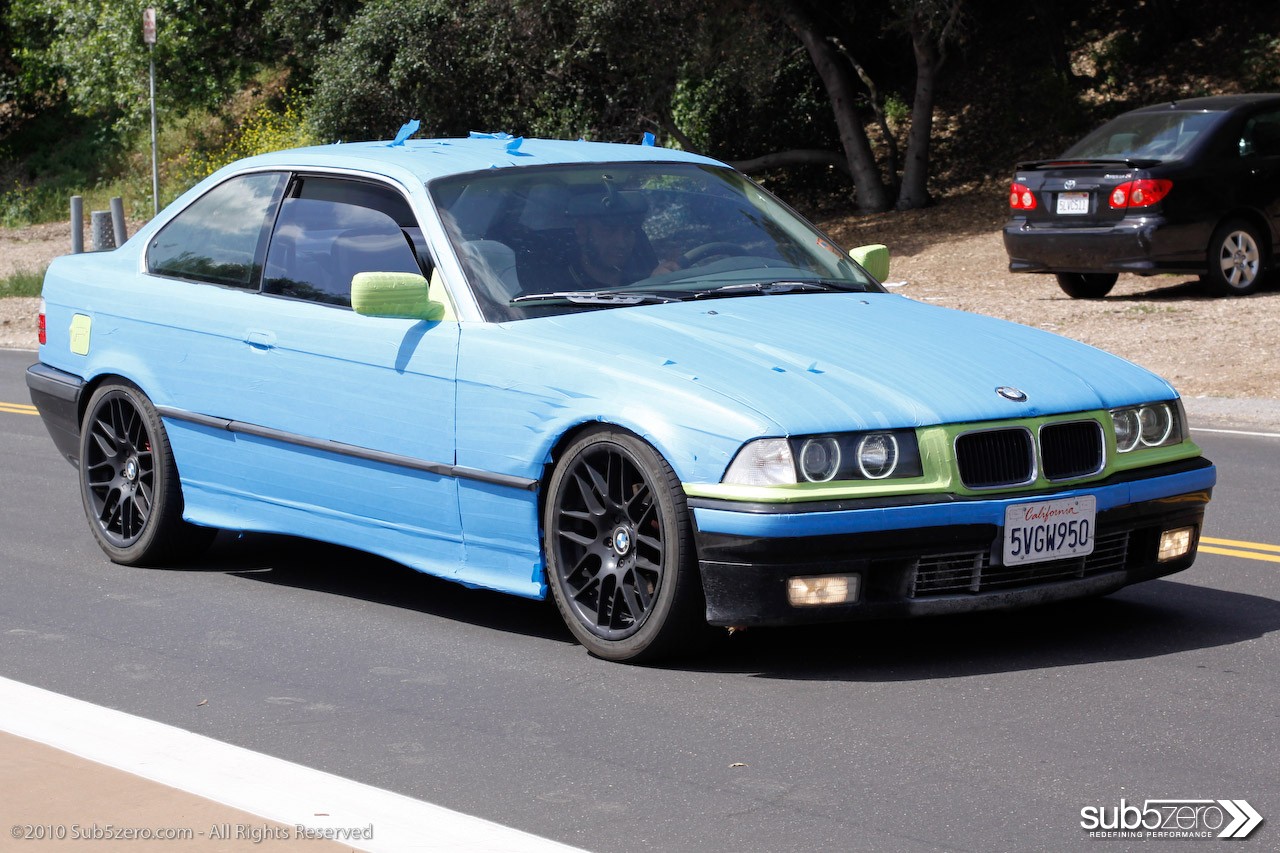 Over the years more and more cars show up with masking tape all over them. The trend originally started by those driving long distances, in order to protect their cars for the show. Now people tape up their car’s just for the hell of it. 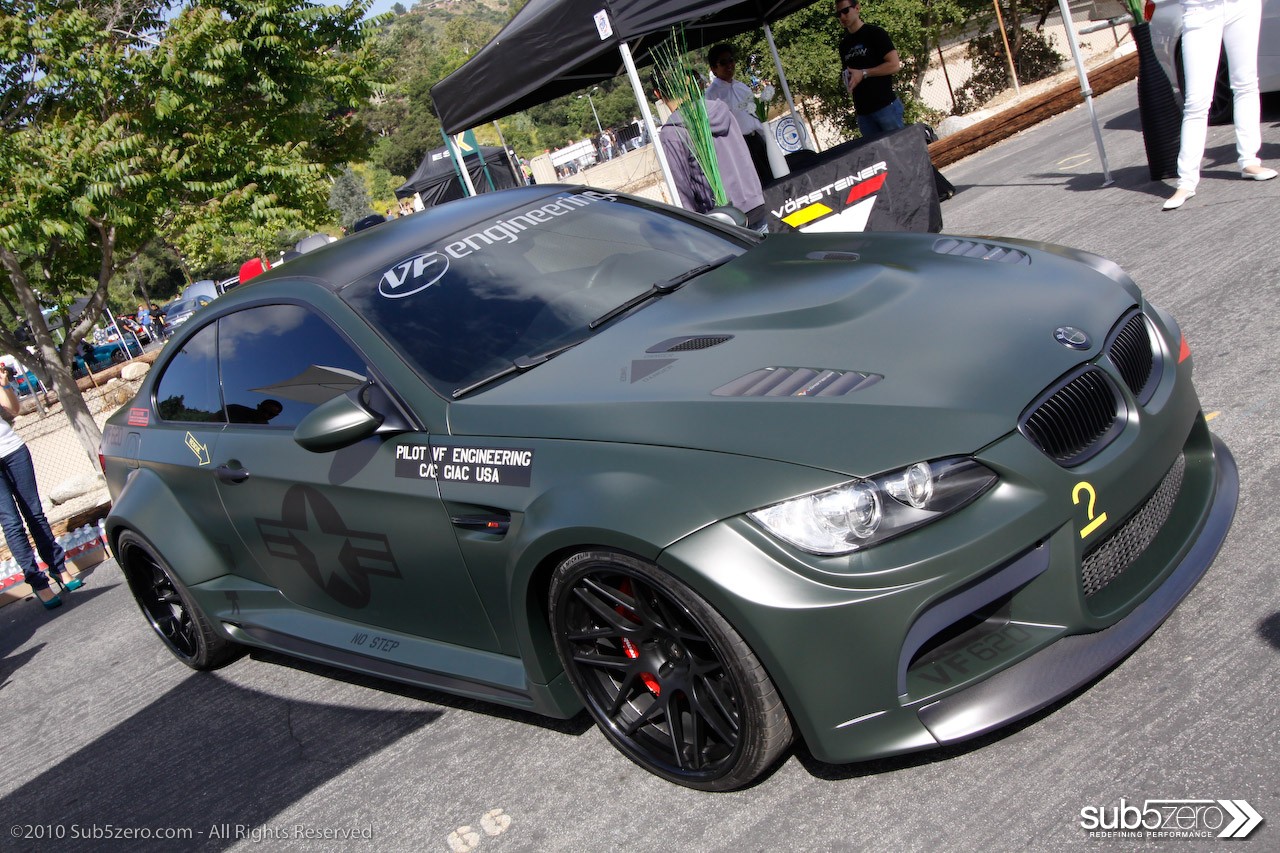 My favorite car at the event! VF Engineering’s wide-body, supercharged E92 M3, looked and sounded absolutely menacing! The appearance themed after an F4 Phantom fighter jet, really made this car stand out from all the others. 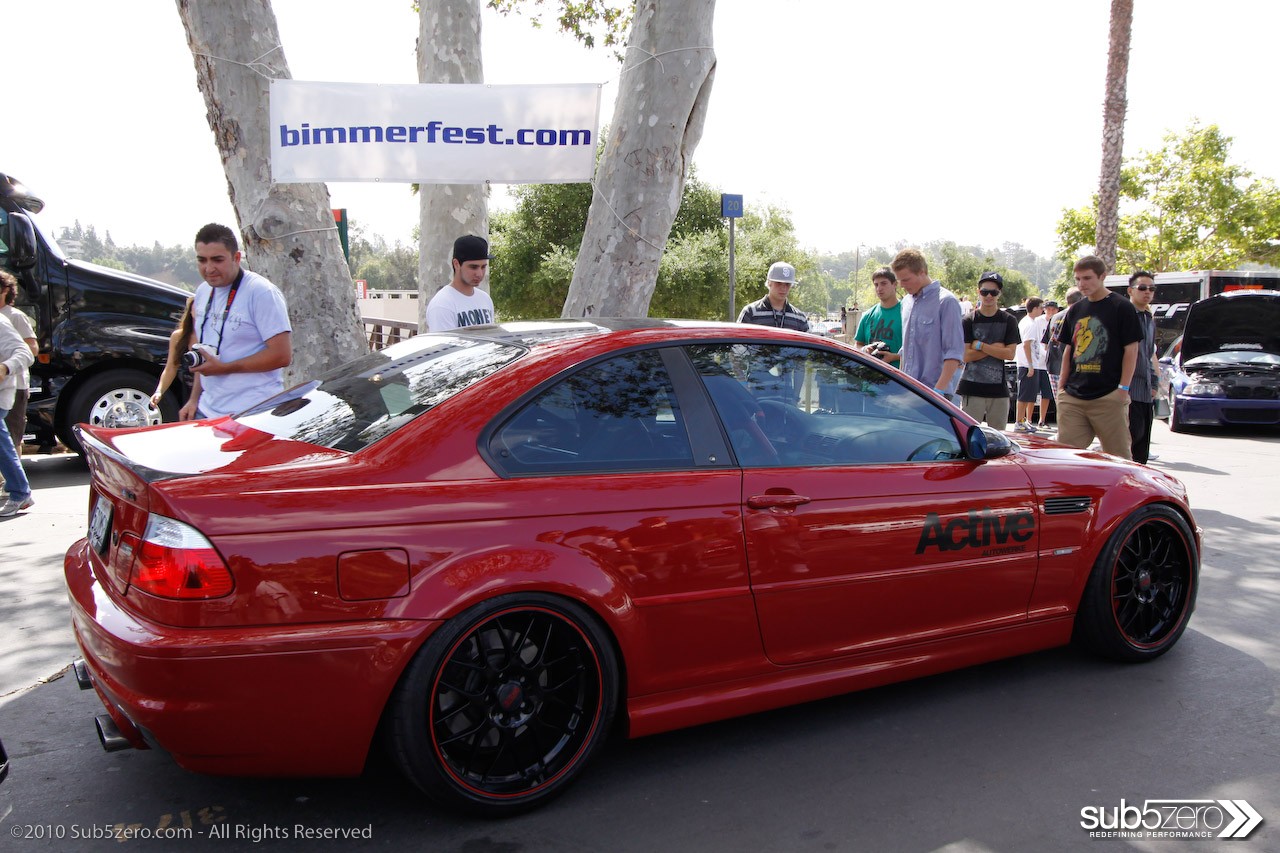 Active Autowerk’s 1000 hp turbocharged E46 M3 – the first E46 to make such high numbers. AA turned this car from an above average sports coupe, into a lightning fast supercar!