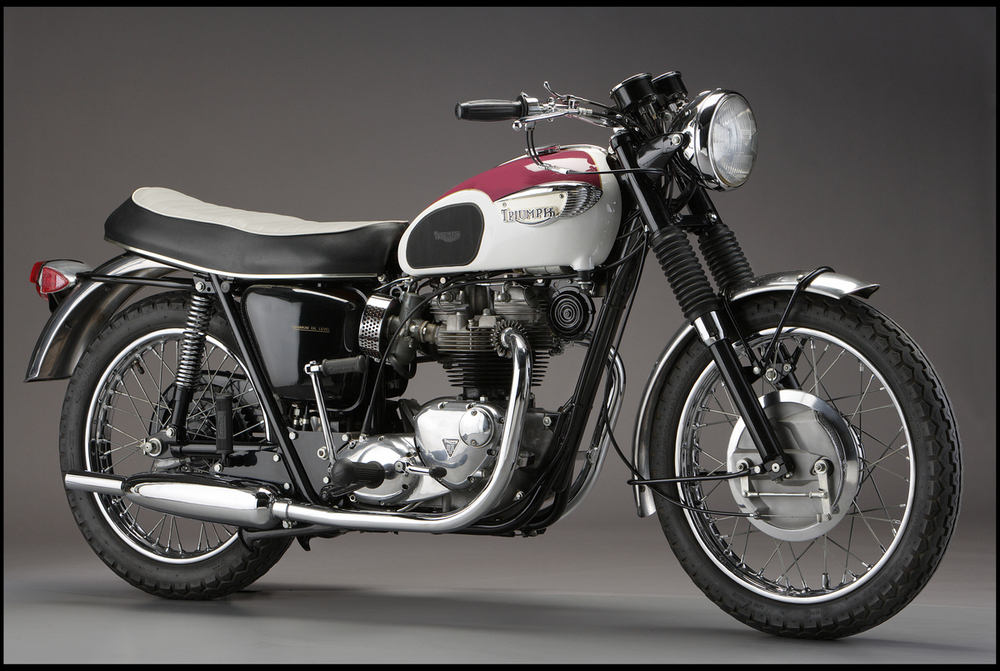 Just as British sports cars captured the hearts and imaginations of American driving enthusiasts in the years following World War II, British motorcycles captured the hearts and imaginations of Americans who loved riding. One nameplate that was at the forefront in both markets (though as separate companies since 1939) was Triumph. The company did okay for itself prior to WWII, but it was after the war (and a relocation from Coventry to Meriden prompted by the factory in the former coming down with a severe case of Bombed-into-rubble-by-the-Luftwaffe-itis) that Triumph Engineering really found its stride.

The Triumph bikes made in the first decade or so following the war were impressive performers and proved to be quite popular, but it’s safe to say that none of them achieved the same degree of cult status as has been bestowed upon the motorcycle that may wear the model designation T120, but is known to millions worldwide by a considerably more exciting name that instantly conjures up images of sheer, unbridled speed: Bonneville. 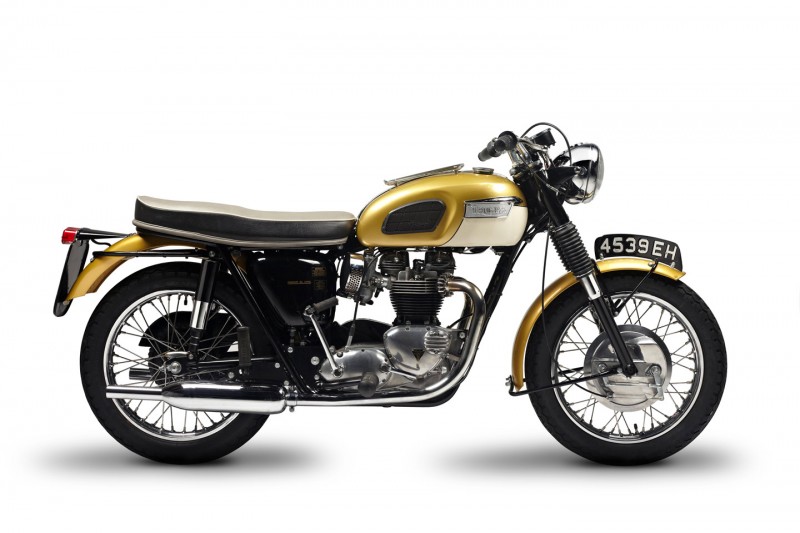 Responding to American customers’ pleas for a bike that was a bit more powerful than a T110 Tiger, design chief Edward Turner and his team devised an evolution of that model that featured styling similar to that of the Tiger, but rode on a 55” wheelbase (two inches shorter than that of the Tiger). The early models also had the Tiger’s 649 cc parallel-twin (fitted with the older bike’s optional Amal carburetors as standard and making 46 horsepower) and 4-speed transmission residing in separate casings. Come 1963, the Bonnie was treated to a unitized engine and gearbox, providing improved rigidity and more compact dimensions. 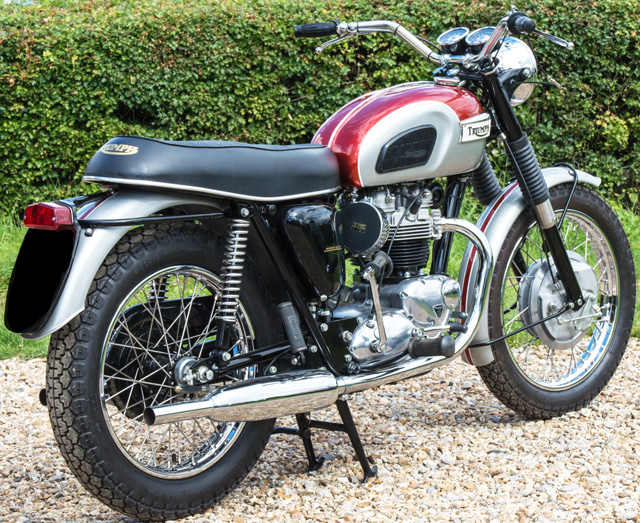 Not surprisingly (given the T120 Bonneville’s 16-year production life), the change of engine and trans wasn’t the only running change made during the first-gen Bonnie’s lifetime. An altered steering angle, new front forks, a new ignition system, a new frame that held the engine oil (instead of a separate tank) and a 5-speed transmission all kept the T120 relatively current and in-demand. But the underlying ethos of the bike held steady all the way through until labor unrest by Triumph’s factory workers brought the T120’s run to an end in 1975 after two severely-truncated model years.

And what an ethos it was. Almost from day one, the Gen 1 Bonnie was the darling of the young, adventurous hepcat set. It was civilized to the point where using it for the weekday commute and errands wasn’t a chore, yet it was perfectly capable of cutting loose with you on your favorite twisting road or racetrack during the weekend. And it did find a fair bit of success on the track, including wins in two of Britain’s most notable motorcycle races: The Thruxton 500 (in 1962, which led to the creation of the T120R “Thruxton” shortly thereafter) and the Isle of Man TT (taking the Production class in 1967 and ’69). Other places you’ve seen a T120? Being ridden by Evel Knievel during his ill-fated flight over the fountain at Caesar’s Palace and by Robbie Coltrane as Rubeus Hagrid in the Harry Potter movies, to name just two examples. 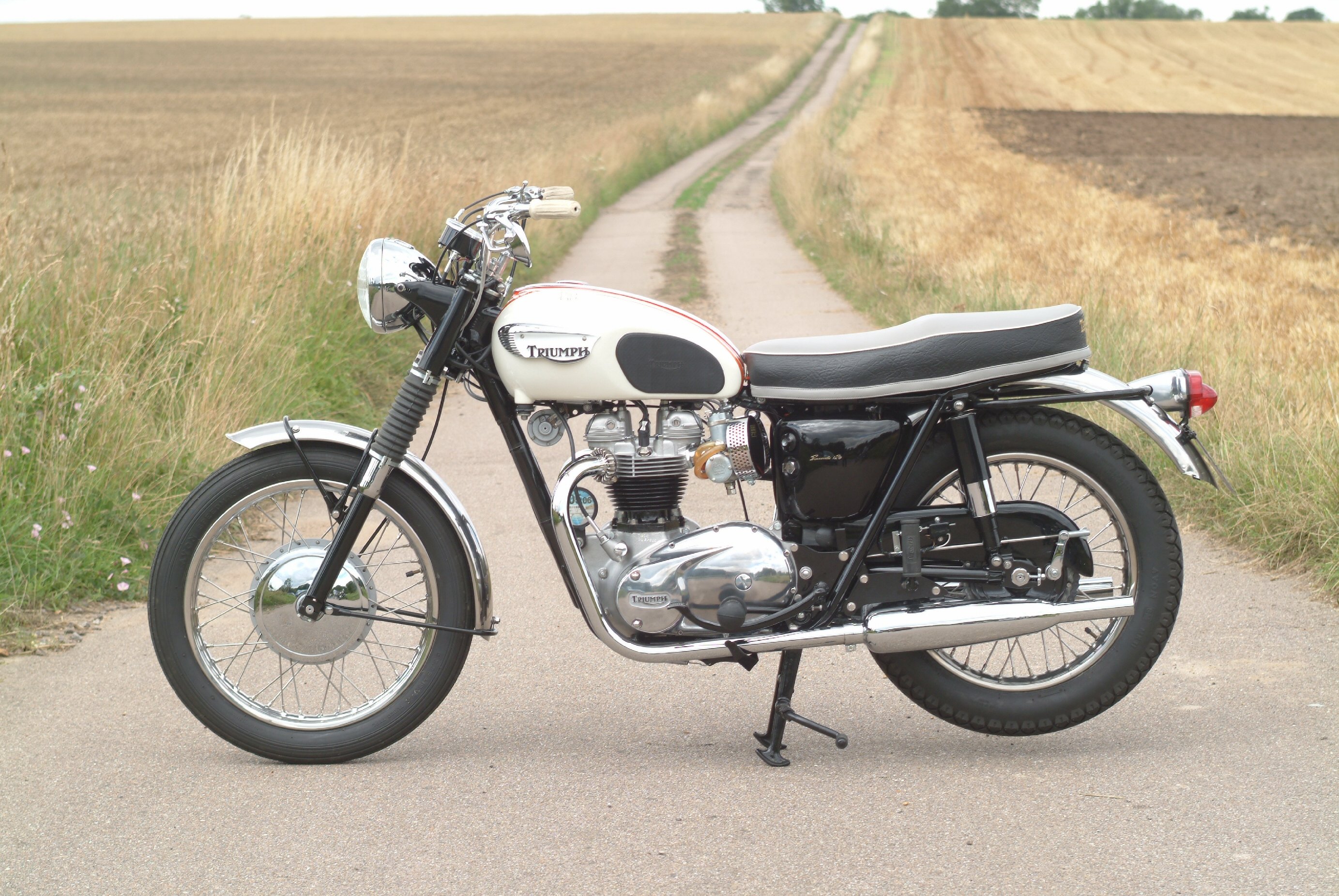 Were there motorcycles that were faster, more reliable and/or altogether better made during the T120’s reign? Absolutely. But in our estimation, none of them manage to capture the romance of the open road and the transformative, often tumultuous nature of the period during which it was built more than does the immortal Bonneville.