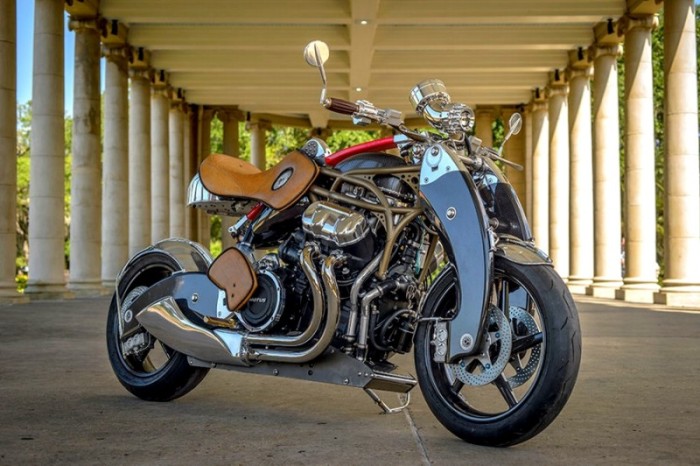 One of the top reasons to love Pagani automobiles is the masterful way in which they combine Old World artistry and craftsmanship with 21st century face-ripping hypercar performance. The cockpit of a Zonda or Huayra is like that of a steampunk fighter jet, where exposed mechanical metal hinges and linkages not only coexist with the finest leather and carbon fiber under the sun, but complement them. And folks who appreciate that sort of thing and are also fond of two-wheelers now have reason to celebrate, as there’s an American company that’s gearing up to build what could be the Pagani of motorcycles. 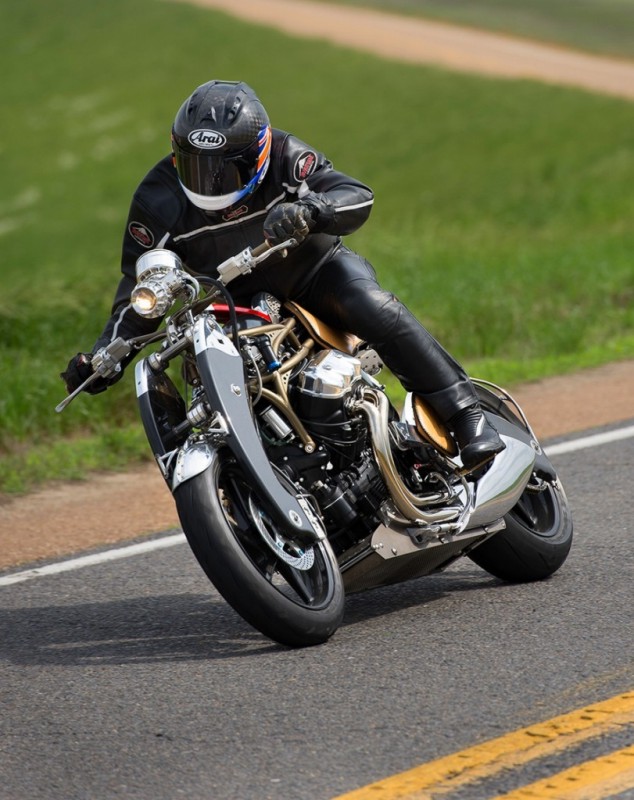 Designed by the renowned JT Nesbitt and built by New Orleans based Bienville Studios, the Bienville Legacy is one of the most visually-striking motorcycles in recent memory. The almost completely naked tubular frame actually encircles the gas tank and supports a luscious leather saddle and gracefully curved carbon fiber suspension arms (or “girder blades”) at the front and rear. The Legacy really is mechanical art. 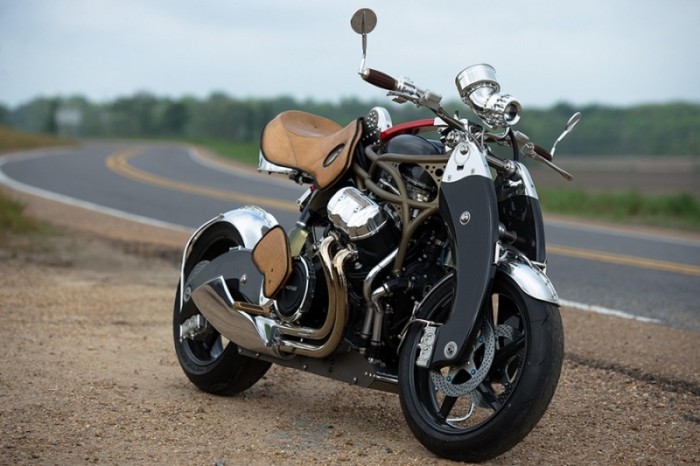 But this isn’t just the kind of art you display, kids; oh hell no. Powering this steed with the muscular 1,650cc V4 from Motus would have endowed this bike with plenty of squirt, but the Bienville team specified a 1,650cc Motus V4 with a supercharger, which should yield as much as 300 horsepower. That should get the lucky rider’s attention PDQ, and should get the Legacy itself plenty of attention when it blitzes up Lord March’s driveway later this month at the Goodwood Festival of Speed, which will be the site of its public debut.