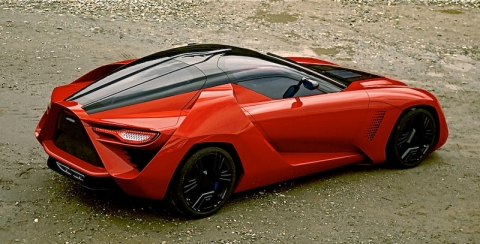 As it currently stands, there is only one Bertone Mantide in the world. You would think that the owner of a $2 million prototype would keep the car safely tucked away in a special garage as a kind of trophy piece and never place it in harm’s way. But alas, it is not so with one Dan Watkins, a British ‘gentleman racer’ and financier, who is tentatively planning on putting his car to the true test of performance benchmarking by taking on the Nurburgring track record set by the Corvette ZR1. 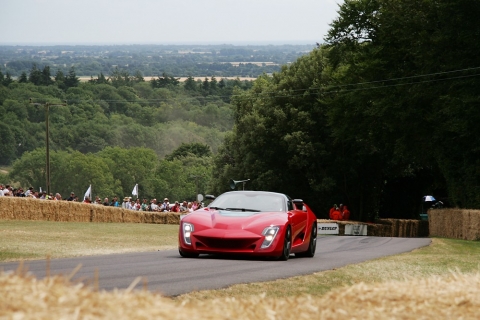 PistonHeads has reported that Bertone’s chief designer, Jason Castriota, is pretty pumped about the idea of taking on the car that holds the current best lap time at The Green Hell for a stock, street-legal, production vehicle. This is especially important being that the Mantide is based on the Chevy Corvette ZR1 with several marked improvements according to Castriota.

The Bertone Mantide is 176 pounds lighter and 30% more aerodynamic than the underlying Vette. The modifications start with flying buttresses to help with air flow across the rear, thereby creating more downforce but without any further drag. In addition, the nose and front vents of the Mantide have been designed to allow air to pass around the wheels and tires. Finally, the belly pan of the Mantide is completely flat with a diffuser and two fins on either side of the exhaust pipe. 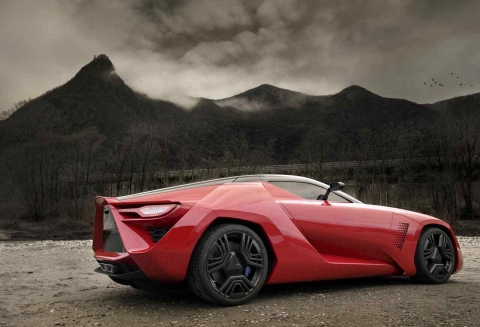 Autoblog is reporting that Dan Watkins plans to finance this effort with his own duckets. This involves renting out ‘The Ring’ for several days, hiring a professional driver and offering up his very own Bertone one-off. The biggest challenge would be optimizing the tires and suspension setup for this very challenging track. Theoretically, the Bertone Mantide has a good chance of besting the Chevy Corvette ZR1, as it uses the same 638 hp supercharged V8 engine but with significant weight reduction and better aerodynamics.